We’d been warned by the mooring warden that this event would take place on Sunday morning and that there would be some noise from 5-am onwards.  We awoke at 5:45 to a hooter being blown, jumped up and the start of the swimming section of the triathlon had started … click on any of the photos to enlarge. 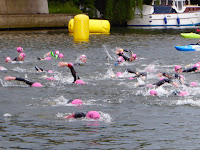 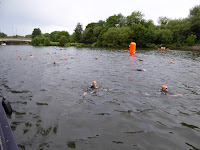 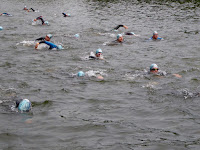 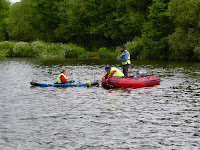 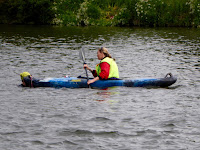 These were the different categories of the races available to participants …. 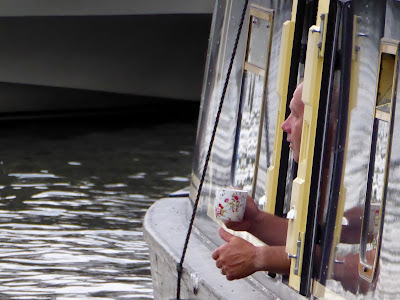 Kevin on Rock ’n’ Roll was also watching the event 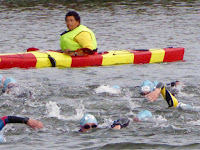 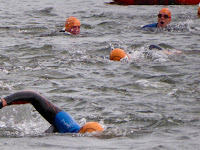 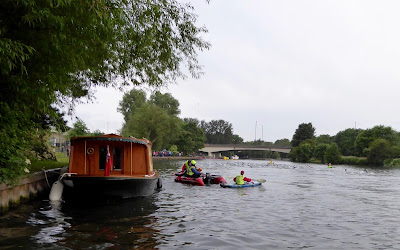 The safety boats were helping swimmers having problems early on although Still Rockin’ was only approximately 300-meters from the start line. 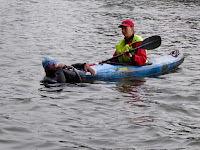 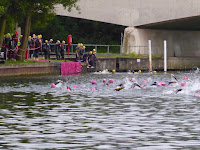 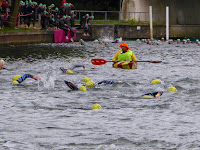 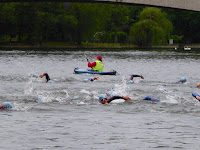 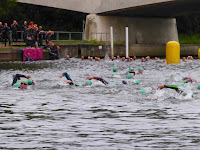 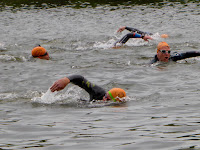 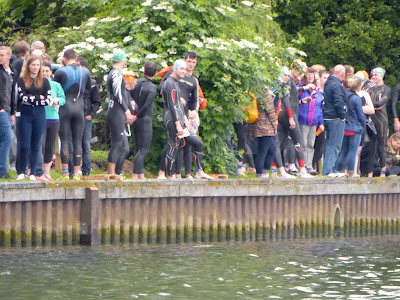 Lots more swimmers waiting to jump in the river, rather them than me … I can’t swim!!  By now it was also raining. 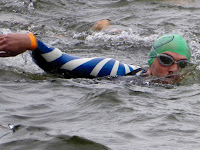 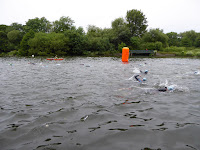 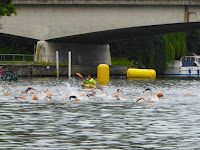 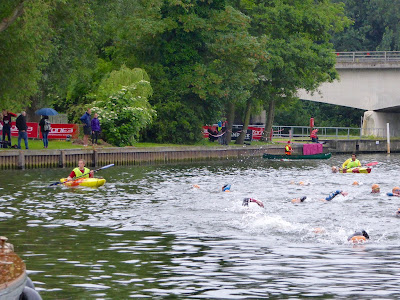 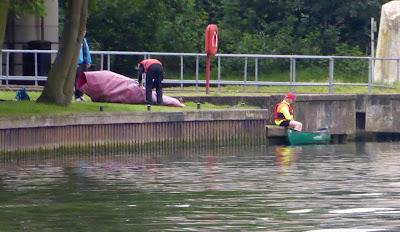 The last wave went in at 8-am and the river went quiet soon after as it was cleared of boats and buoys.

Some comments heard from the swimmers :-
‘I didn’t think it would be so cold’
‘I’ve had better starts to my birthday’
‘I wonder if that safety boat realises he creates so much wash?’
‘I feel like I’m going backwards’ and ‘I think we are going against the current’ 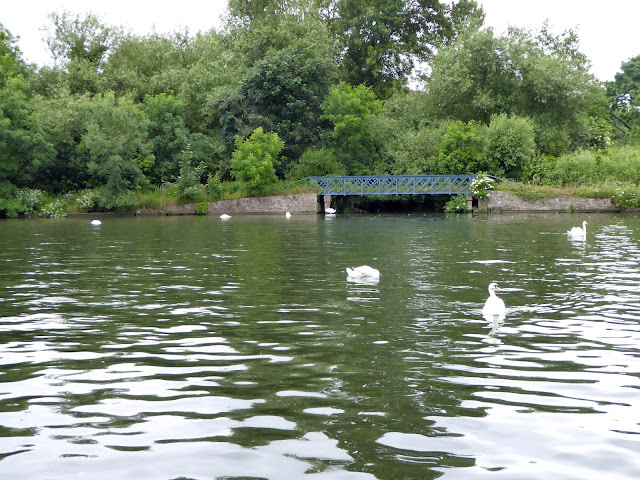 The swimmers have gone, the safety boats have gone and the swans return to the peace and quiet for a short time until the trip boats start their daily cruises.
Posted by Carol at 06:40