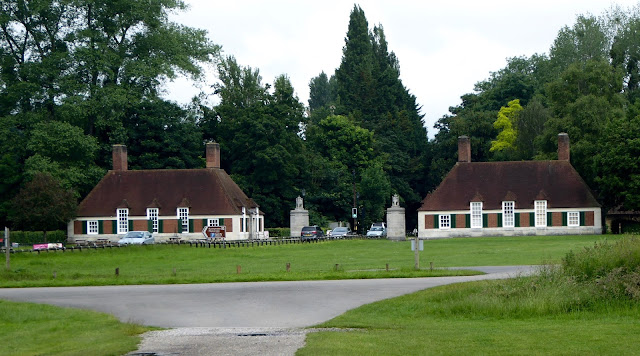 The jury system, a central feature of the British justice system and many others around the world, has its origins in Magna Carta. The chairs seem to be awaiting a gathering, discussion or debate of some kind: an open invitation from the artist for the audience to sit, to reflect and, to discuss together the implications of the histories and issues depicted.  Each chair, front and back, has a main image, embellished with flowers, keys and other symbols.  To complete the work, the artist has coloured and polished some areas, as well as adding slashes and gouges to the surfaces.  This creates a rich layering of imagery, marks and textures to explore. 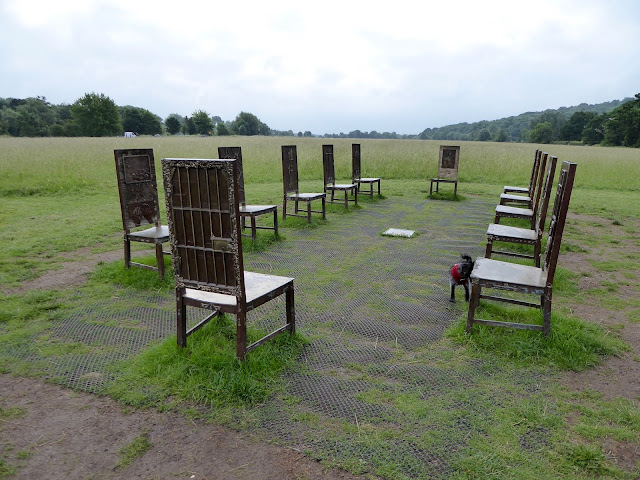 Twelve intricately worked bronze chairs stand together on this ancient meadow. Each chair incorporates symbols and imagery representing concepts of law and key moments in the struggle for freedom, rule of law and equal rights. The Jurors is not a memorial, but rather an artwork that aims to examine the changing and ongoing significance and influences of Magna Carta. 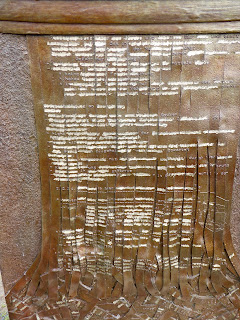 I thought that this chair had been deliberately vandalised ... in fact it has, by the artist.


The destruction or redaction of evidence is a worldwide activity undertaken by states wishing to hide incriminating document- ation of their activities.  In 1989 the East German secret police’s shredding of files was halted by German citizens taking over the Stasi offices. 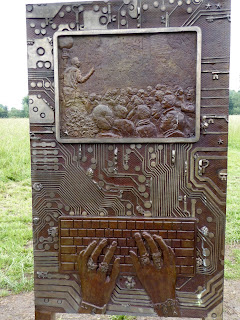 Two representations of freedom of speech: in public and online.  In 2014 Sir Tim Berners-Lee, inventor of the world wide web, called for an online Magna Carta to protect and enshrine the independence of the medium he created and the rights of its users world wide. 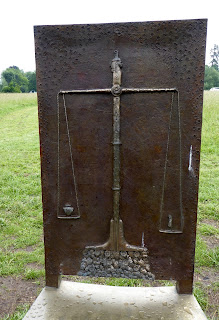 Ancient Egyptian scales are topped with the head of Ma’at, the goddess of touch, justice and balance.  A dead person’s heart is weighed against a feather to see if the owner is worthy to enter paradise.  Mat’s symbolism is still apparent in the western personification of Lady Justice. 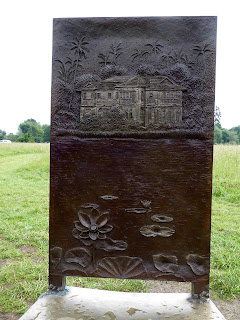 The house in Yangon, Burma, where politician Aung San Suu Kyi was held under house arrest for 15 years, despite having fairly won government elections in Burma 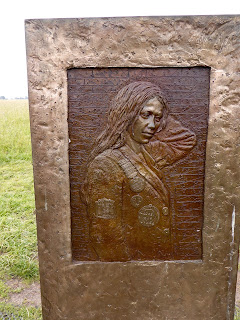 A portrait of Lillie Lenton, wearing medals and badges relating to the imprisonment and activism of suffragettes.  Benton’s image is derived from a 1912 surveillance photograph taken in Holloway Prison. 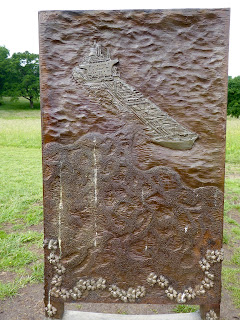 In 1989 the Exxon Valdez tanker ran aground in the Gulf of Alaska, spilling at least 11 million gallons of crude oil.  Subsequent environmental disasters and evidence of the cause and effect of pollution has led to the establishment of new principles such as the Ceres Principles, a moral code of environmental conduct. 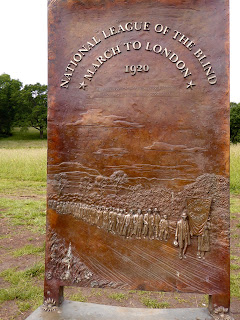 In 1920, marches of blind trade unionists from across the UK converged on Trafalgar Square under the banner ‘Justice not Charity’ in support of the Blind Persons Act, which became law later that year and established disbar slitty rights as a fundamental principle in British society. 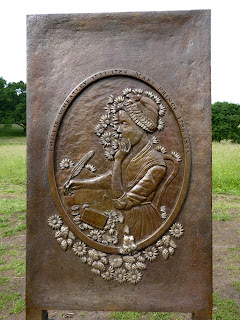 Poet Phillis Wheatley was the first published African-American woman (1773), and Mary Prince was the first woman to present an anti-slavery petition to the British parliament (1828) and the first black woman to write and publish an autobiography (1831), at a time at which it was claimed that slaves and former slaves were not capable of such writing. 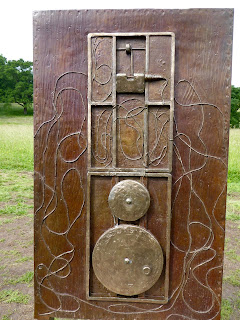 A portable charka, or hand spinning wheel for cotton designed by Mahatma Gandi and used in the 1930’s as a political symbol of resistance to British imported goods and British rule and later within the design of the Indian flag. 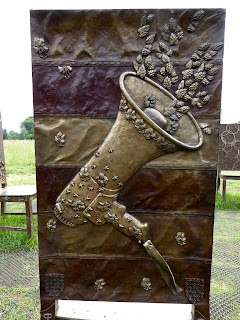 A loudhailer belonging to Harvey Milk, gay rights campaigner and the first openly gay person to be elected to public office in California from 1977-78.  Before his assassination, Milk sponsored a significant civil rights bill that outlawed discrimination based on sexual orientation. 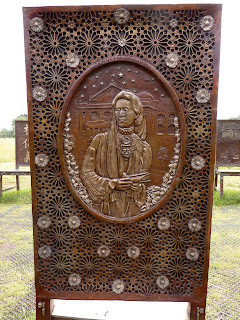 Cornelia Sorabji was the first woman to practise law in India.  She became a legal advocate for women in purdah in India,whose religious and cultural beliefs prevented them from speaking to men outside their family. 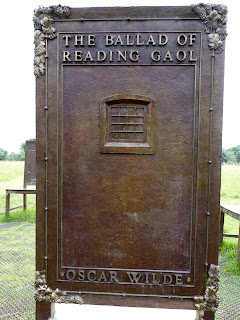 Oscar Wilde's poem The Ballad of Reading Gaol describes the brutalising effect of the prison system, published in 1898 whilst in exile in France and based on his observations when incarcerated for homosexual offences in 1895.

An extremely interesting artwork which gives pause for thought especially when in possession of the interpretation information.
Well worth a visit. 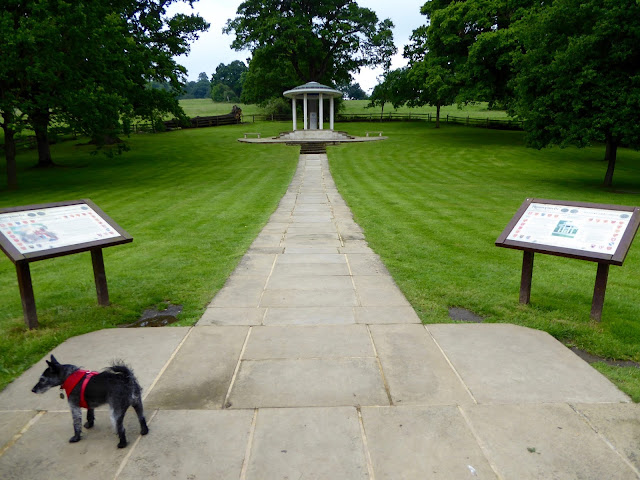 Next we visited the Magna Carta Memorial 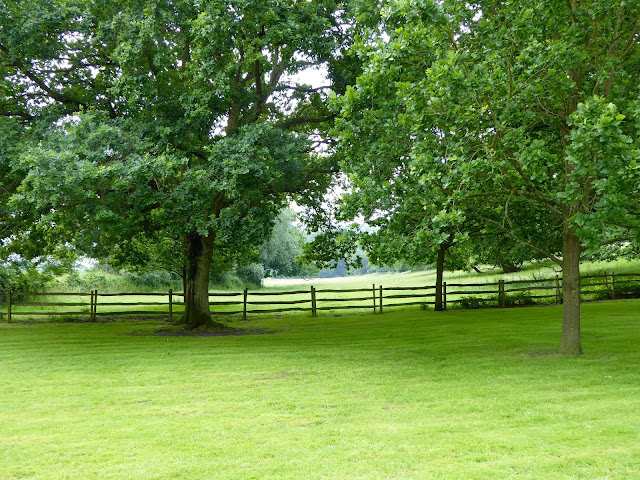 … set on the hill in lovely rolling countryside 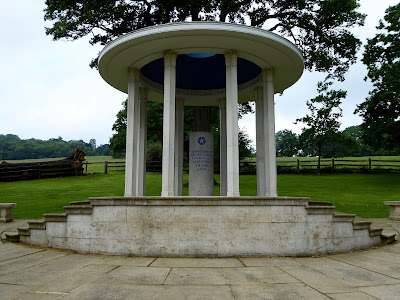 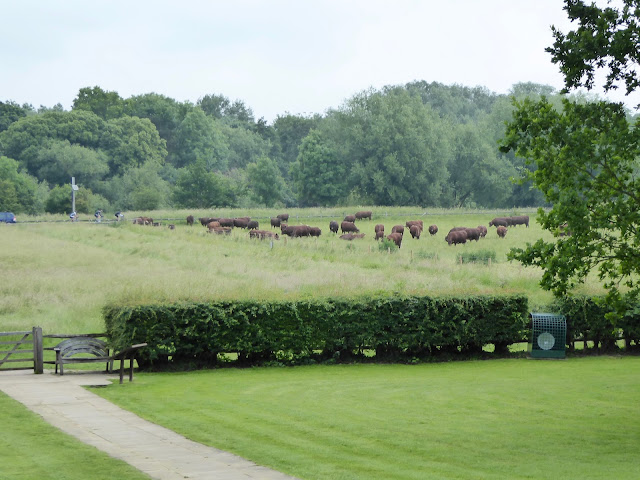 Looking back towards the River Thames 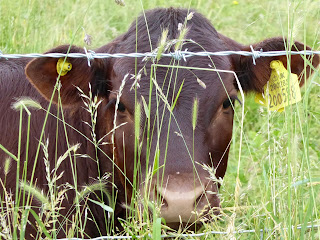 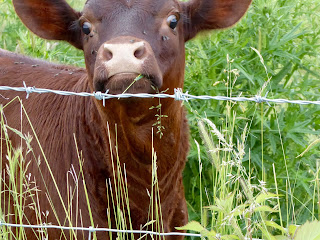 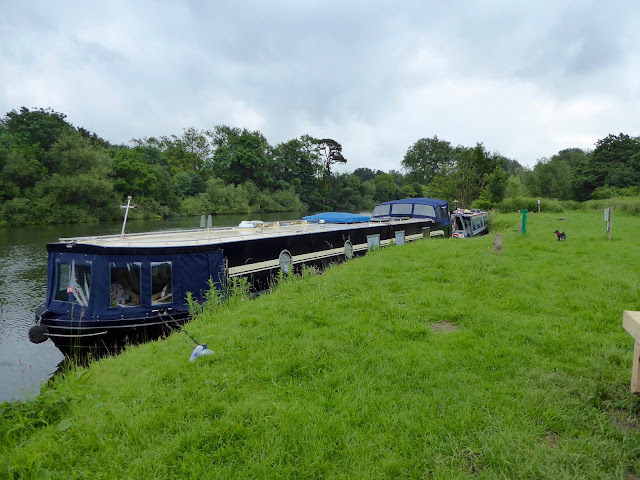 When we arrived a cruiser was moored here in front of Seyella so when it went Geoff pulled back to allow us all to have views of the river and the bank … brilliant! 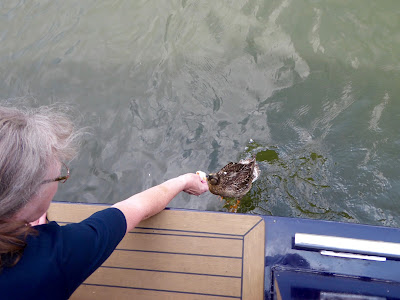 A fascinating and compelling combination of art and history, Carol. How interesting. It must be amazing to be in such an important historical site!

Thanks Carol,what an educational post that was. It's great that so many of the bloggers that I follow are so keen to pass on their knowledge, it makes such interesting reading. ��

Fascinating! Thanks for the education! You are making us more and more aware that we really need to do this Thames trip!

It is Val, we’ve been on the Thames for three summers now and still find new places of interest. Hope it’s on your bucket list too.

You do indeed Roger!

We love this bit of the Thames. In part thanks to you as we used to just cruise past Clivedon and say how nice it looked as we hurried to the next lock! Now we 100% stop. It's so wonderful.

I think you are rich beyond measure :) Money and possessions are a poor guide to wealth. I wonder how many people in their swanky riverside houses would trade their life for yours ... quite a few is my guess.

You are right in all those respects Paul - thanks for the comment.