Fair weather boaters and trouble at the lock! 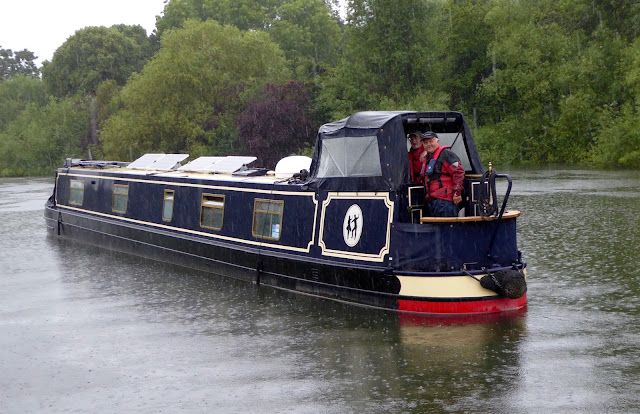 Leaving Runnymede just after 9 yesterday - fair-weather boaters Ann and Kevin are not! 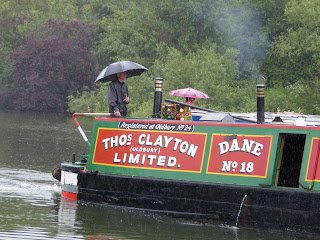 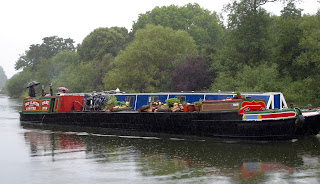 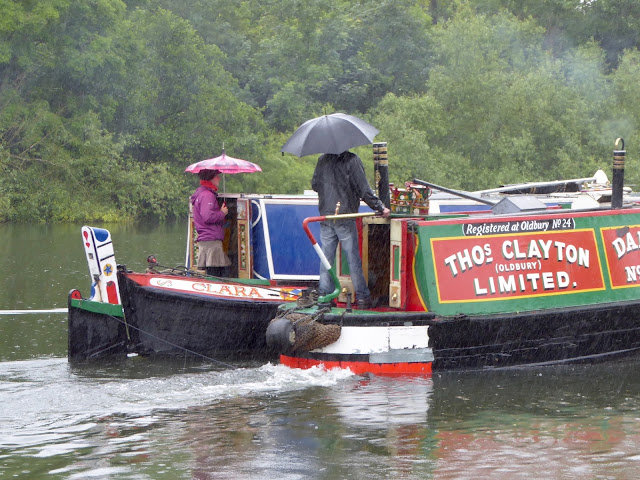 We could hear the Bolinder engine coming long before we saw Dane built in 1907 and butty Clara and what a lovely sound it was! 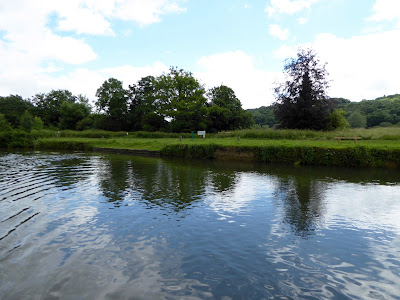 2:30 and it’s now the turn of the fair-weather boaters to make a move, the rain has stopped and there’s some blue in the sky 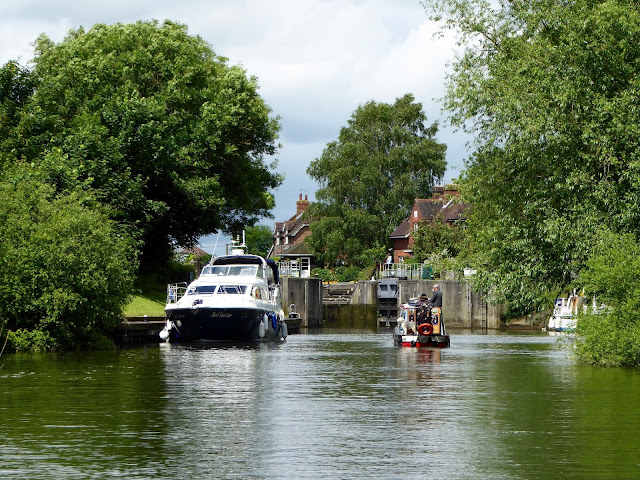 Margaret and Geoff are first at Old Windsor Lock 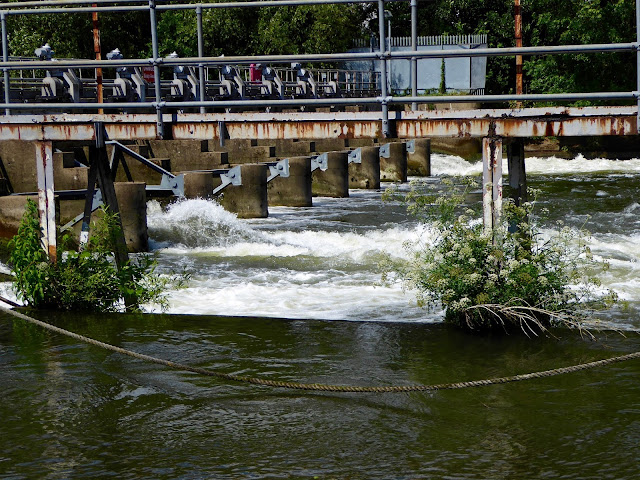 … beyond which the weir had plenty of water flowing through 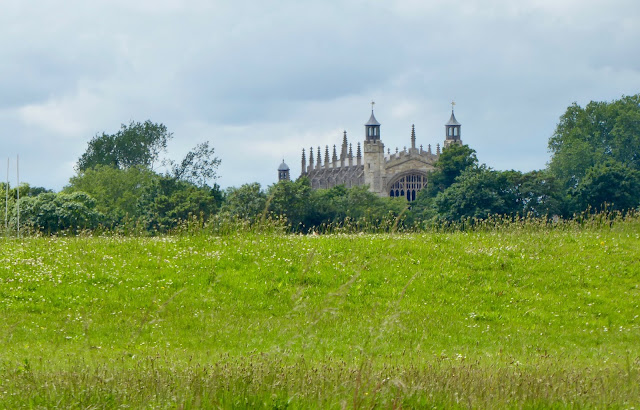 Eton College chapel as we arrive at the outskirts of Windsor. 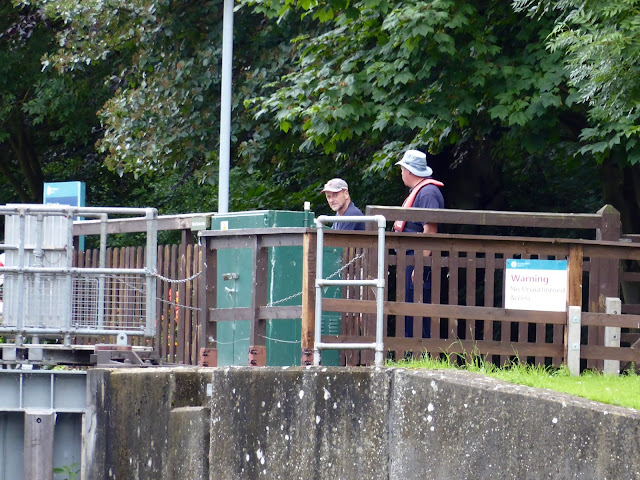 It was 3:45 when we reached Romney Lock and although we could see the Lock Keeper nothing was happening so Geoff went ahead to see what was up. The lock is broken, none of the electrics are working and to use the lock means turning the handle on the wheel, first to open each sluice and then to open the gates.  You can see the look on Geoff’s face, I think he must be saying ‘how many times?’ 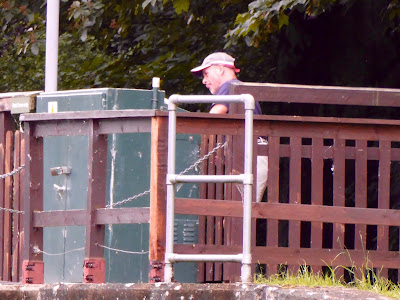 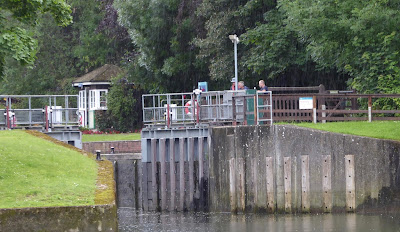 4:30 now and George has joined Geoff to help with that wheel; one gate is nearly open and it’s now throwing it down with rain too! 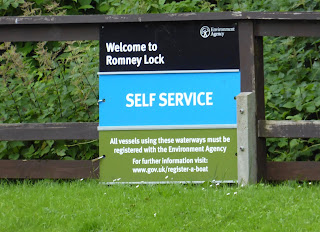 The lockie has turned the notice from ‘Lock Keeper in attendance’ to 'Self Service’ although he’s still there, presumably to supervise the turning of the handle by the boaters! 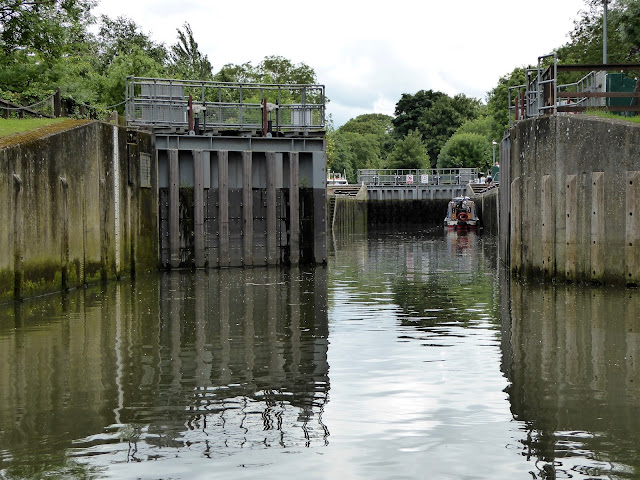 4:40 and we’re going in through one gate; that’s Seyella already in.  Romney Lock is just over 25’ wide so one open gate should be 12.5 feet giving Still Rockin’ 12 inches to spare, quite a bit less than a wide canal lock! 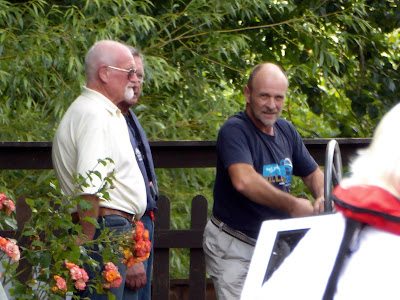 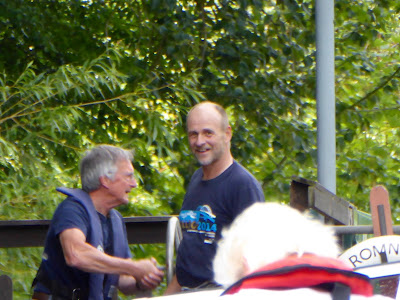 George needs a bit of the action too. You can see that the rain has now stopped. 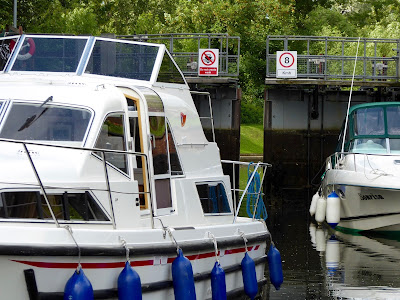 … and the gate is very slowly closing 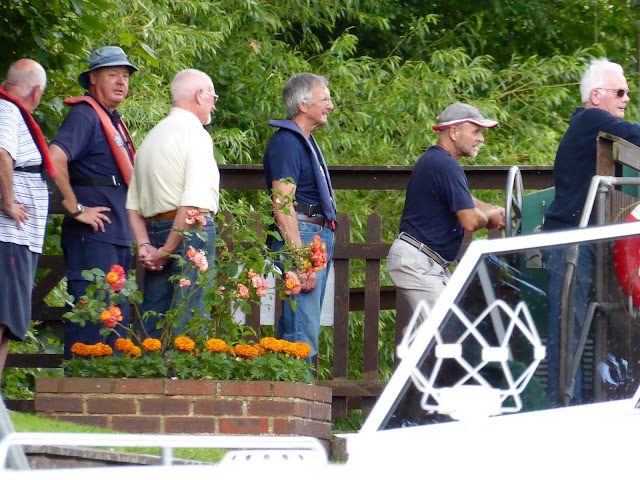 How many men does it take! 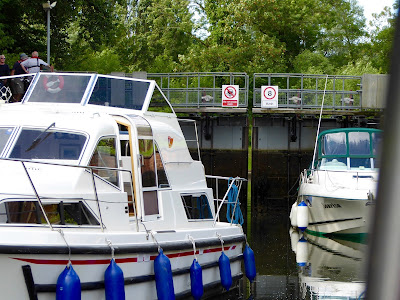 5 pm and the gates are very nearly closed 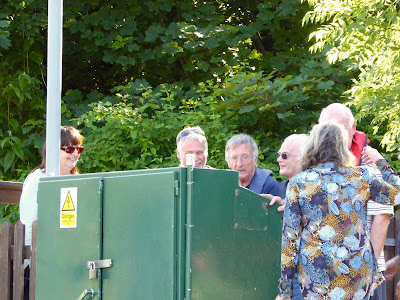 … and everyone moves to the controls at the other end of the lock to do it all over again, lifting the paddles and opening the gates. 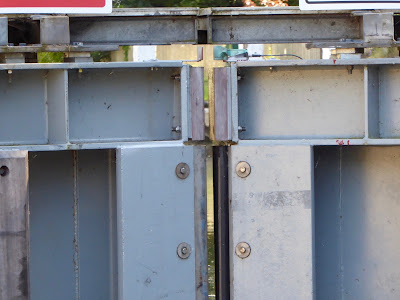 It was a bit easier at the top gates, quicker too as both gates opened at the same time. It was 5:30 when we exited the lock. 1¾ hours to navigate one lock is a record for us!


We remembered that there was a problem at this lock last year too!

We continued on into Windsor to find moorings, it was now 6 o'clock.  Rock ’n’ Roll were already here of course and were very kindly moored ‘between’ spaces to enable either Seyella or Still Rockin’ to pull in once they’d moved back a bit.  Geoff decided he’d turn and take a space a few boats behind us, but unfortunately a cruiser beat him to it. 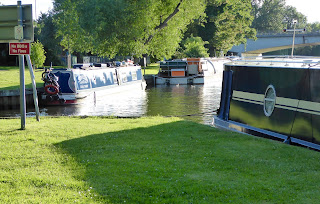 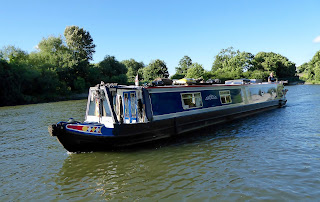 He found a spot further back on Baths Island and walked round to see how things were with us.  We pointed out a better mooring and he brought Seyella round to moor by the Leisure Centre.


Views around us this evening ... 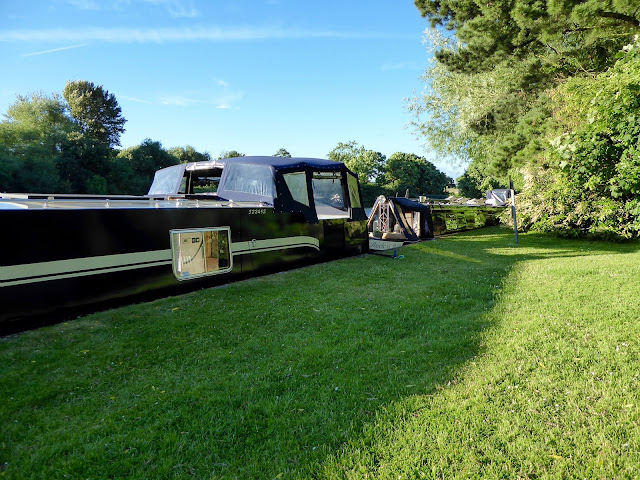 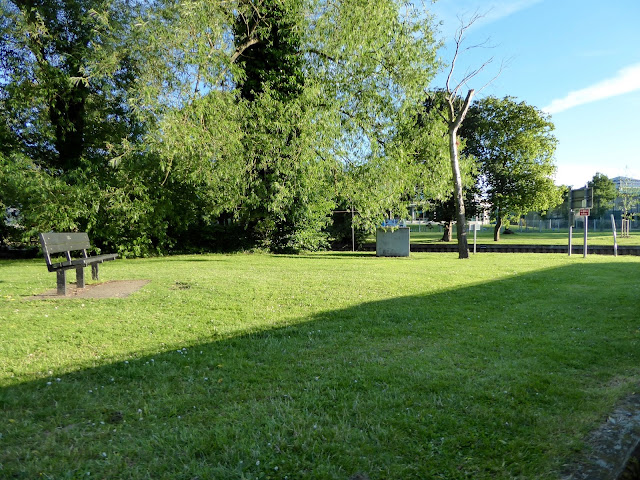 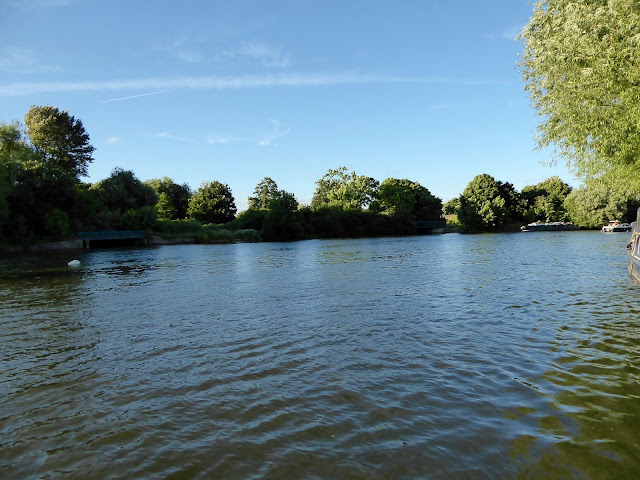 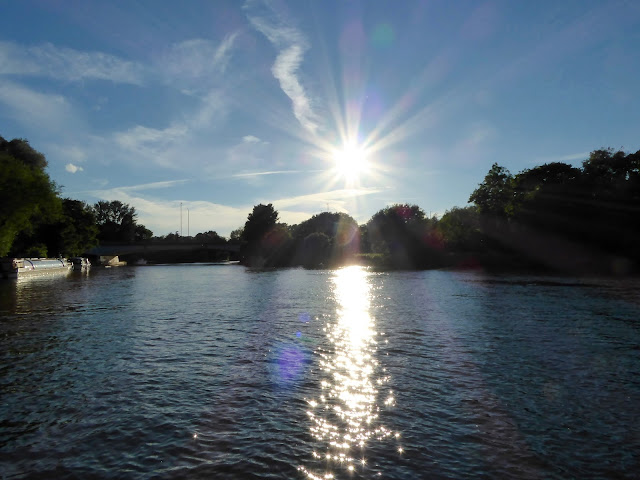 This picture was taken at 7:45 and it’s still very warm, it was so good too see the sunshine late this afternoon after all the rain.
Posted by Carol at 07:55

I hope they fix that lock before we come through!! Dane and Clara were also on the tideway today we passed them just before we reached Teddington. The tide had just turned at that time so they will have a quick run down.. I love the way everyone is lined up to take their turn, it reminds me of the way they do that in bike races!!

It was due to be repaired the following day Sue so it should be ok for you.