Cruising the Thames and No Problem!

First of all … good luck to Sue and Vic on the launch of
No Problem XL this morning
(Thursday 2nd June), hope all goes well.


This was the scene outside Still Rockin’ and Rock ’n’ Roll on Tuesday evening while Ann, Kev, George and I were settling down to what turned out to be a really good evening catching up on the past two years. 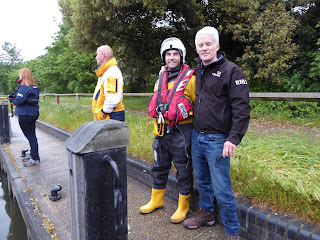 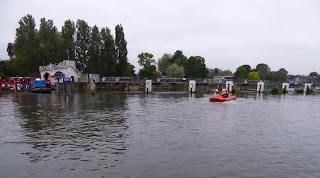 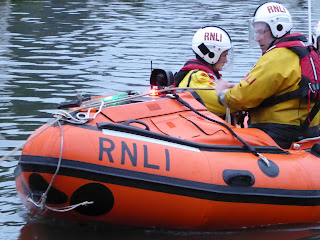 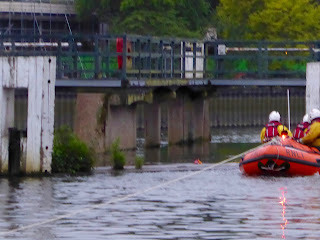 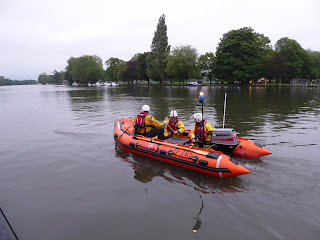 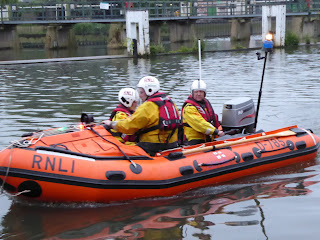 Teddington RNLI were doing a training exercise simulating the rescue of a boat which had ended up on the weir.  A line was attached to a mounting on the bank from the inflatable which then reversed to the edge of the weir letting out the rope. One of the RNLI guys told me that in this exercise any people on the boat have already been rescued and this particular stage was the retrieval of the boat.  Once the stranded boat had been attached the inflatable pulls it away from the edge gathering up the connecting line as they go.  I was told that this small boat is able to pull 20-tonnes. 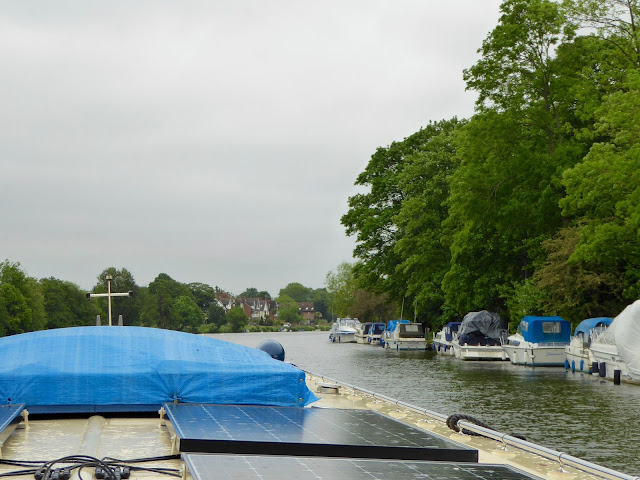 Yesterday morning we left Teddington.  It was a grey, damp, chilly morning ... 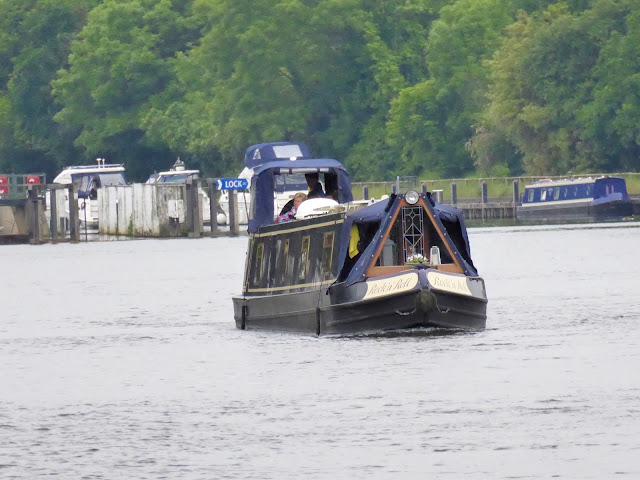 Rock ’n’ Roll was just behind us. 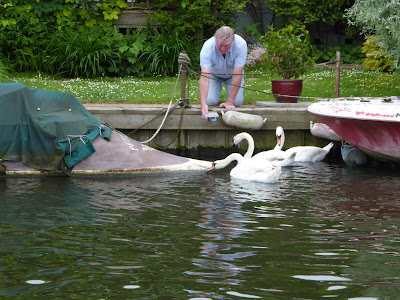 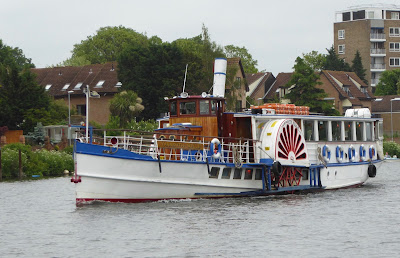 Yarmouth Belle plying its trade even on week days. 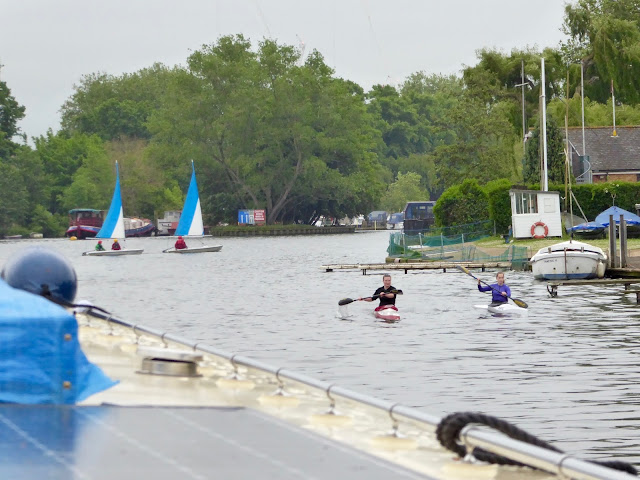 The river is still busy 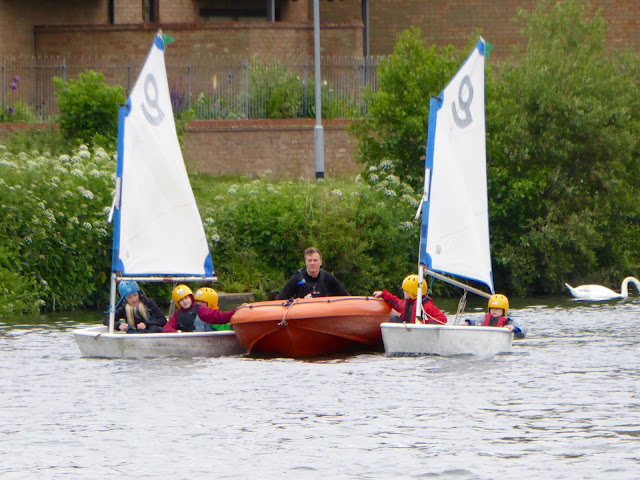 'Holding on!’
Click on this picture and look at the little one on the right with his hard hat nearly over his eyes, he can’t be more than 5-years old! 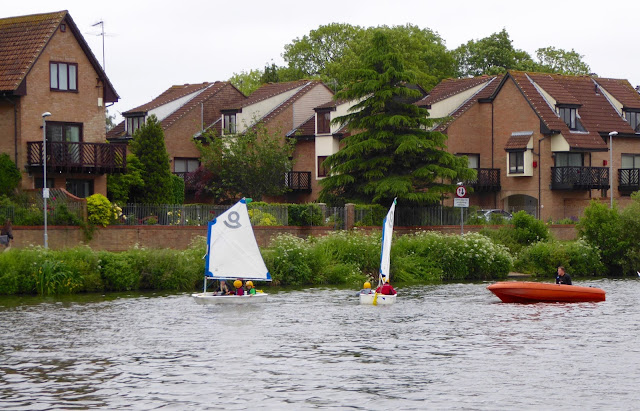 ‘And they’re off!’  I watched for a while and that little one looked so comfortable with what was happening it was obvious he/she’d done this lots of times before! 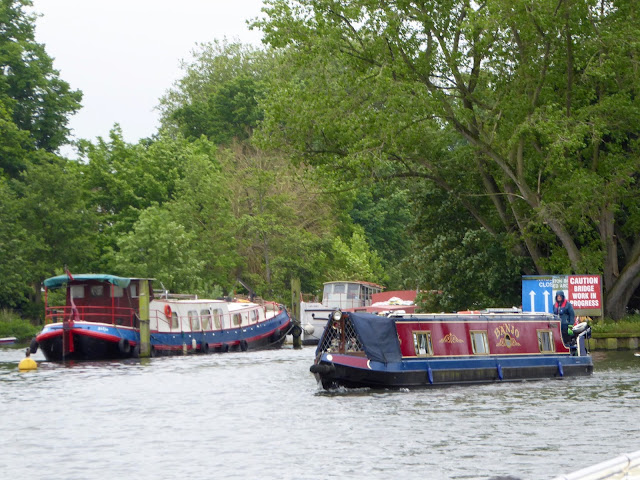 We’re hoping that that narrowboat has just left the moorings that we want to pull into. 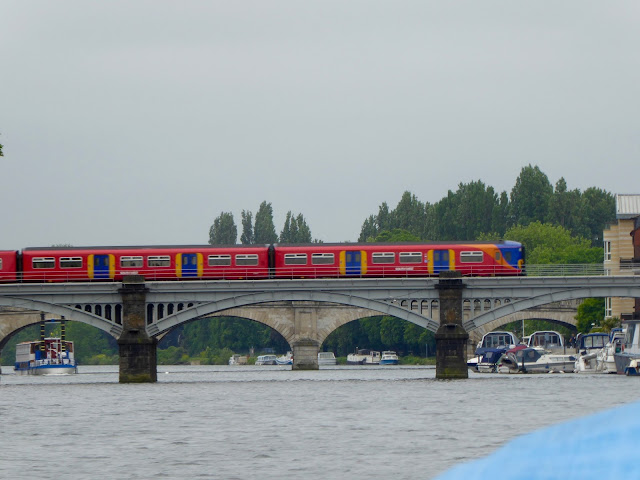 Kingston rail and road bridges.  Will we fit into that space in front of the white dutch barge and behind the cruiser we wondered? Yes we did, just, and RnR found a 62’ space a few boats in front.

Once both boats were settled Ann and I walked into Kingston for some very successful retail therapy. 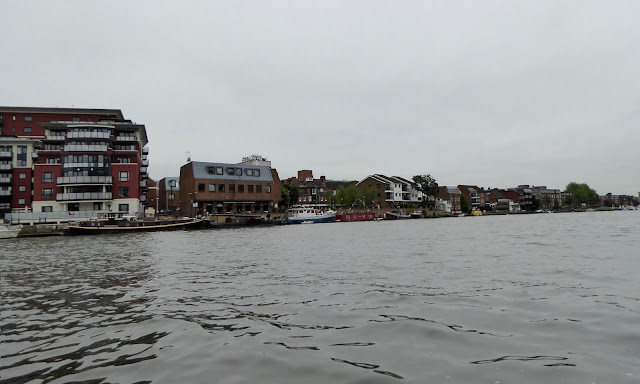 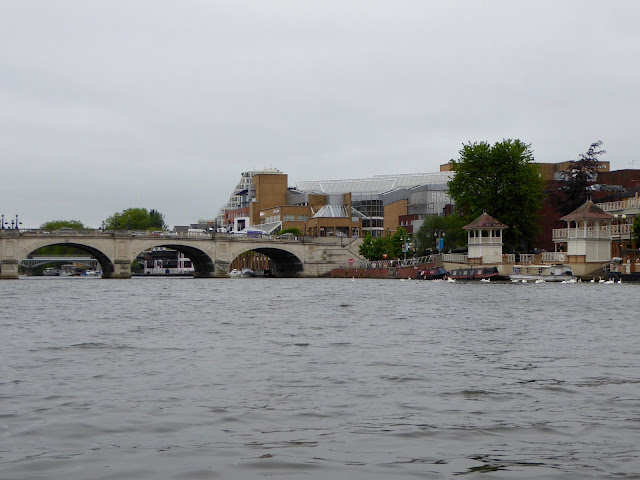 The views over the River Thames at Kingston.
Posted by Carol at 07:48