Huffed and puffed ‘till the house came down! 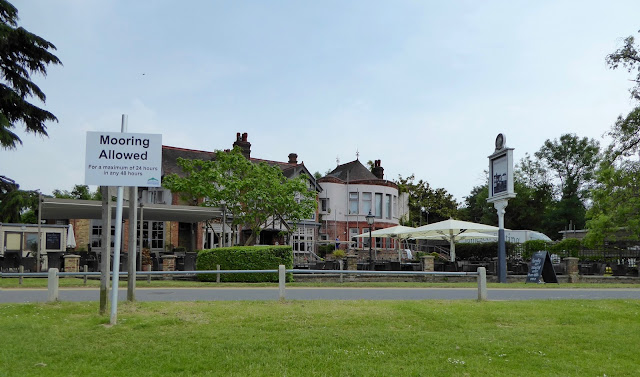 A lucky break yesterday morning as we managed to get two mooring spaces right outside the pub after coming through Shepparton Lock.  Pity about the big white mooring signs though they do spoil the view somewhat!  The Thames Court is currently being shrouded in scaffolding so that doesn’t look so pretty either. 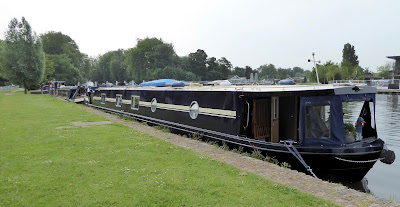 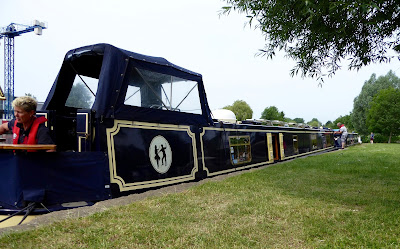 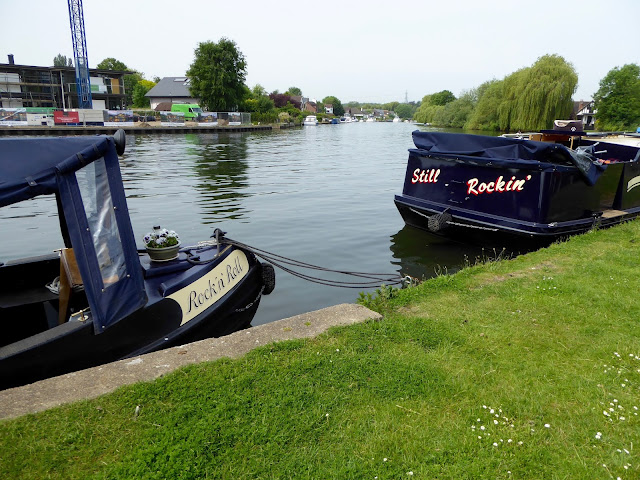 My intention whilst travelling with Ann and Kevin is to get a picture of the two boats together side by side.  I was hoping that this would have happened at Kingston where I could take it from the bridge but the mooring spaces available there prevented that, but there will be other opportunities to get that perfect picture of our current and previous boats.

Opposite the Thames Court the Port of Bounty Sailors Mission Home stood since 1802 ... 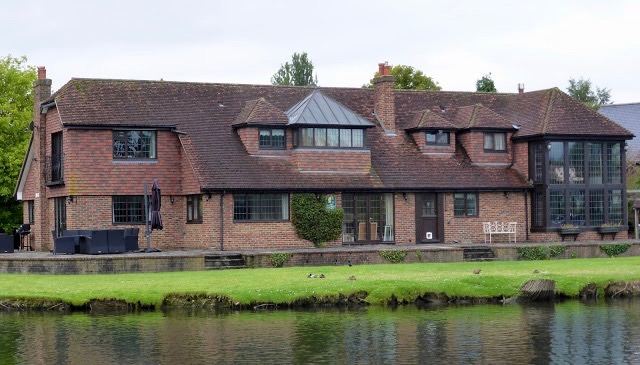 These pictures were taken in August 2014 and we thought it was a beautiful house ... 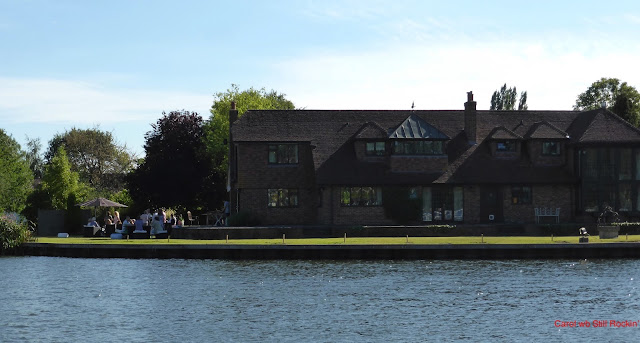 This one was taken in August 2015 when a big party was being held there, it certainly looked a very ‘posh’ do. 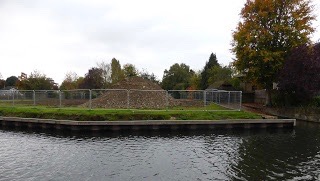 … and this is what we saw in October 2015 - just a pile of rubble we were gobsmacked to say the least! 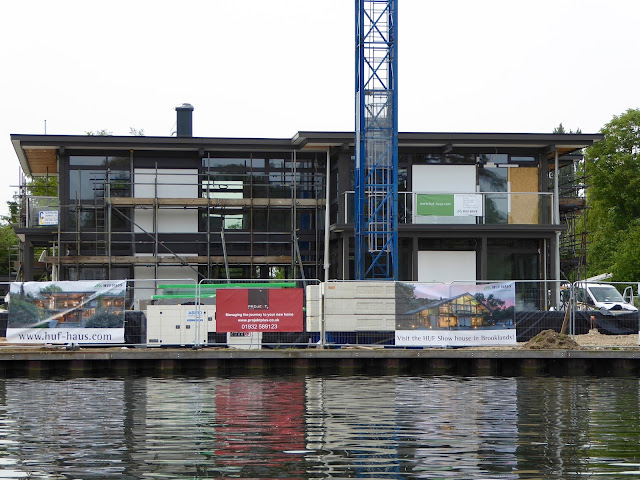 … and today it looks like this!  A Huf-haus is under construction.
I’ve nothing against this style of house but it’s not for me, it would be a bit like living in a glass-house for all the world to see. I much prefer the older building which once stood here.

I’ll be interested in seeing the finished article when we come this way again later in the year.

We had a meal in the Thames Court last evening with Ann and Kev and three of us had the 'lamb duo’,  It wasn’t as good as the last time we ate here with Sue and Vic from No Problem.  Perhaps have a new chef as the lamb rump this time was a bit too pink for both Ann and me.  George enjoyed it though and Kev certainly enjoyed his beef and merlot pie.
Posted by Carol at 07:25

You would have cruised past my boat today, moored up on an island. She isn't sign-written (yet) ... black cabin-sides with a turquoise roof and matching turquoise band above the waterline
(Steve)

This was the post that made me want to reply to your blog!

We have moored at/near the pub a good few times now and that house for me is (was) one of the most beautiful on the Thames. It seems incredible that planning consent can be given for such a change.

I felt really very sad when I saw your photo's. Just goes to show how money doesn't buy taste or decency. I have nothing against Huff houses .... but really, to demolish such a beautiful building is madness.

Looks to have been a beautiful place. I have that hand-painted sign in my collection :)

Thanks for your comment Adrian. Is the sign in your collection the actual one that was on the building? If so I'd love to hear how you came to have it if it's not a rude question.