Places to go, people to see 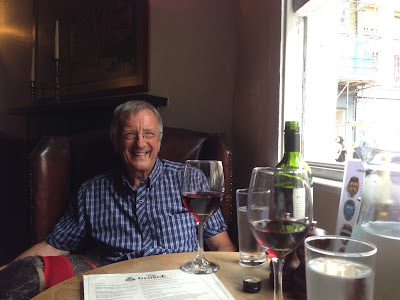 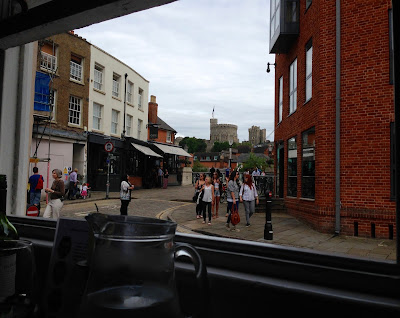 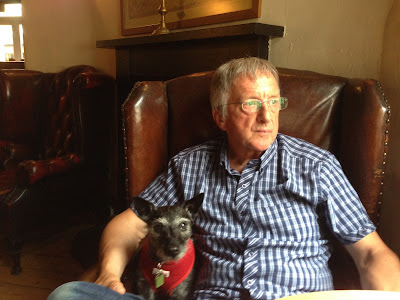 George looks relaxed, Molly is waiting for something to eat! 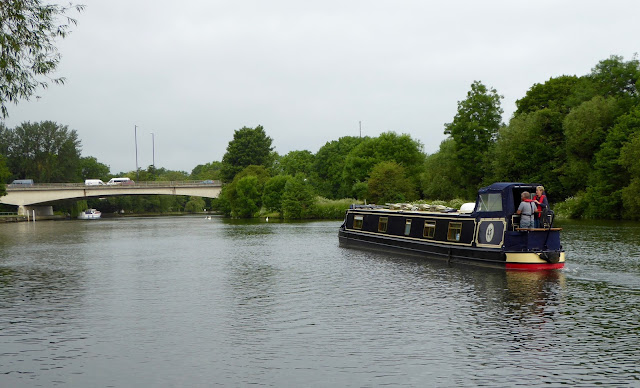 7:45 yesterday morning and Rock ’n’ Roll set off for Boveney Lock to use the facilities there.  We left a few minutes later and filled our water tank at the tap here at Windsor and then moved up to join them at the sanitary station. 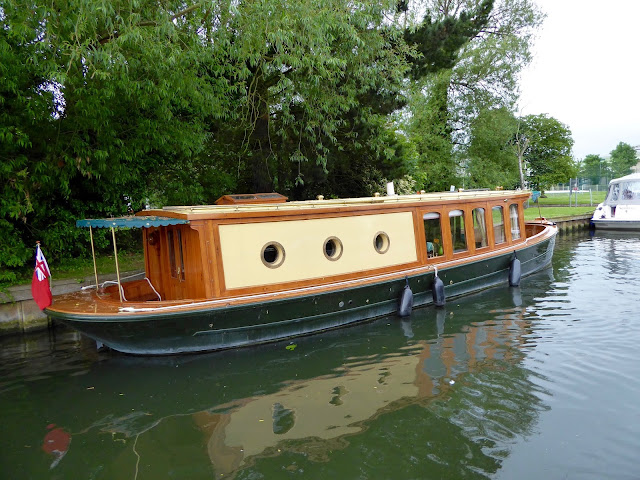 Passing the very nice boat moored in front of us 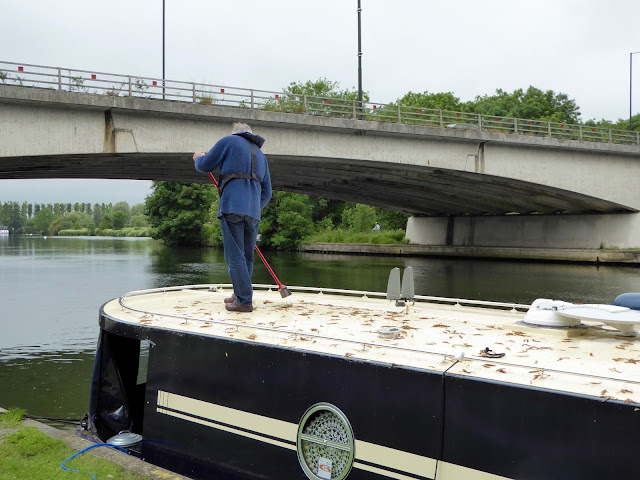 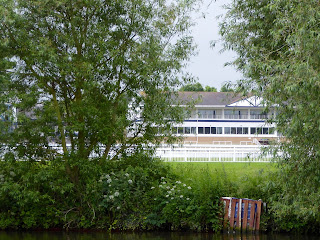 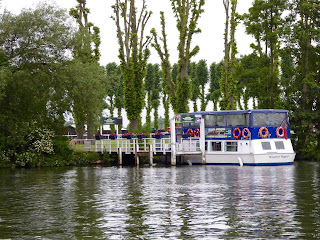 Passing Windsor Racecourse on the way to Boveney Lock 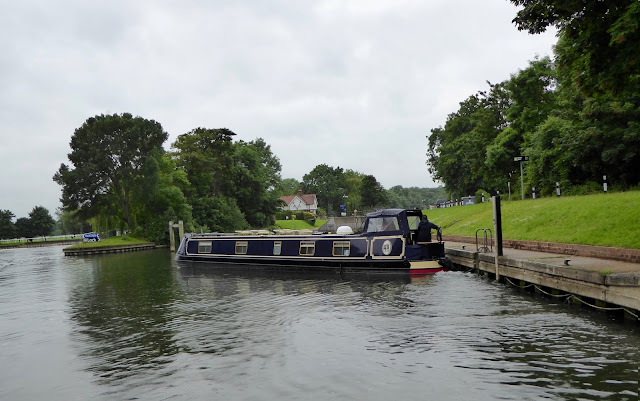 … where we caught up with Ann and Kevin who were having problems getting into the sanitary station.  They’d tried to contact the lock keeper to no avail and I called Brays Lock to see if they could suggest who else might have a key to get in.  The lock keeper did eventually arrive only to tell us that it wasn’t locked, the door was just a bit stiff! Once the relevant tanks were empty we both winded (turned) and headed back towards Windsor. 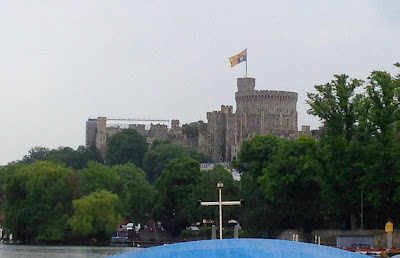 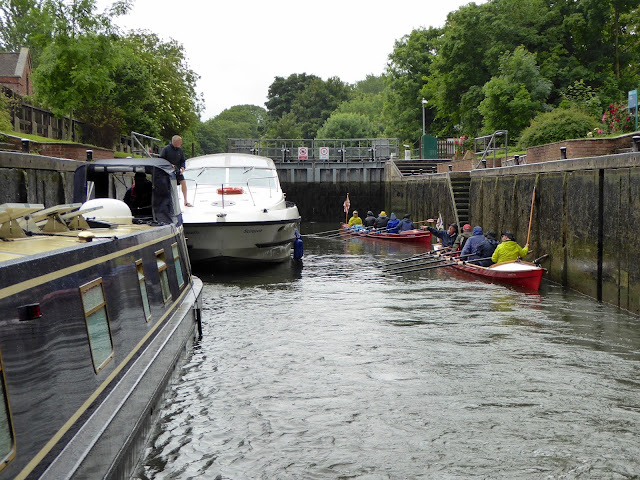 Romney Lock and by now it’s raining!  A mixed bag of boats here - a wide beam (us) and narrowboat (RnR), a cruiser and two skiffs (I think that’s what they’re called) 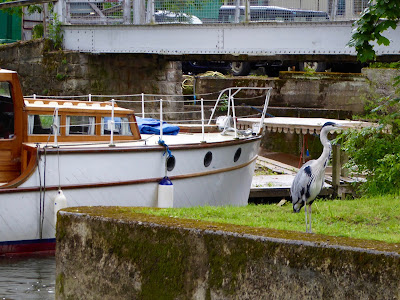 Seen as we left the lock 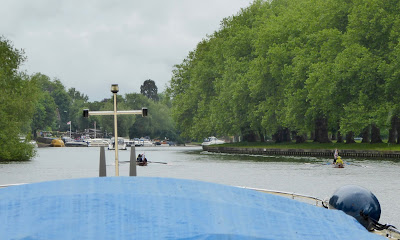 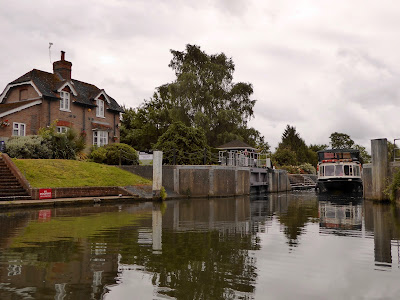 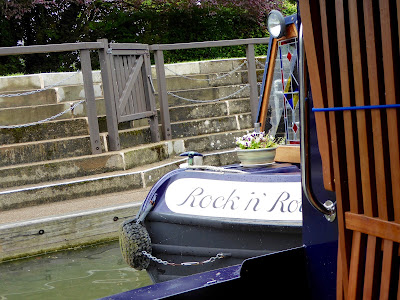 … and RnR came in beside us 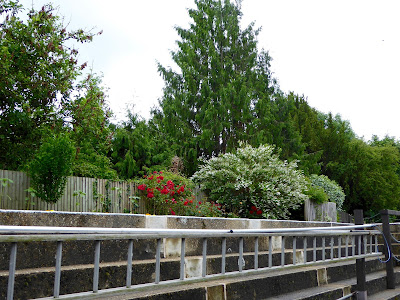 … and the roses smelled devine 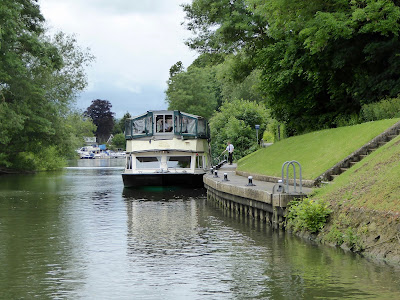 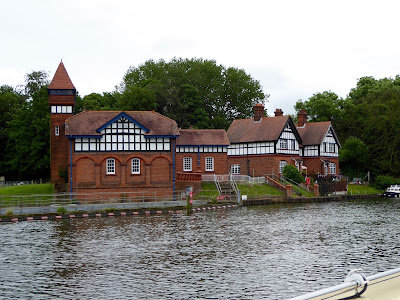 These buildings have always fascinated me, they look utilitarian but I can’t find out what their former use was 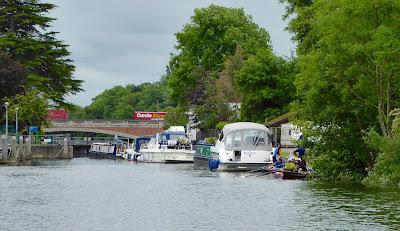 A long queue at Bell Weir Lock, divers have been in the lock to check the gates.  Pleased to say they were all ok. 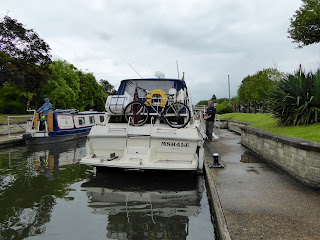 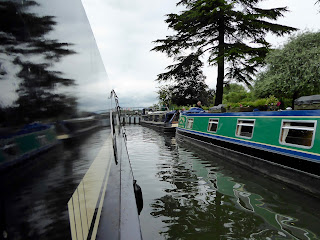 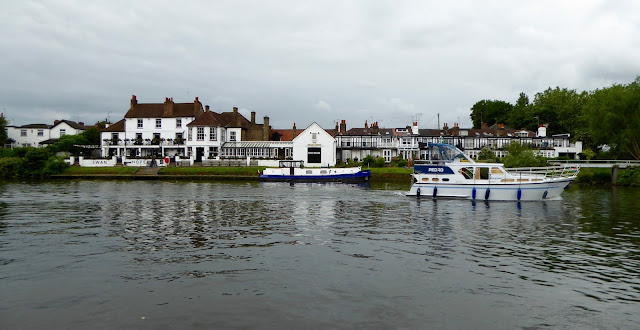 Our mooring for the night at Staines and the views ... 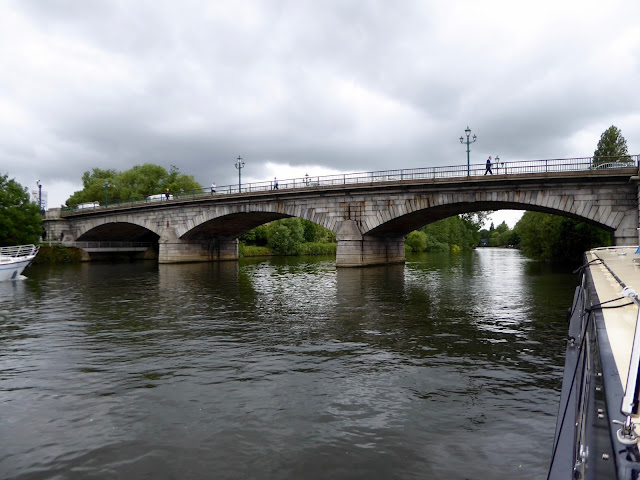 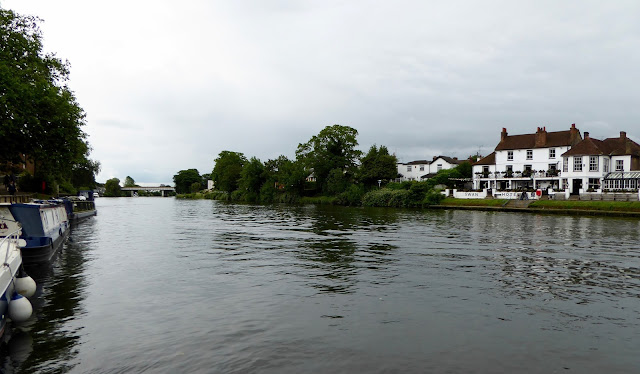 … are not too shabby either.
George’s sister Di and hubby Paul came to bring us our postal voting papers for the EU referendum and stopped for a cuppa and a chat.  Thank you both, much appreciated. 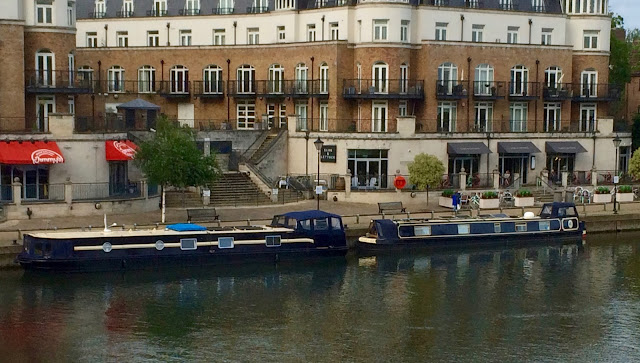 I was a bit concerned about the mooring outside two busy pub/restaurants but there was no trouble at all and we slept well.

Moving on again this morning as the title says, places to go people to see.
Posted by Carol at 06:55