Relaxed … most of the time!

Saturday morning was spent sitting in the front well deck watching the world of the Thames go by ... 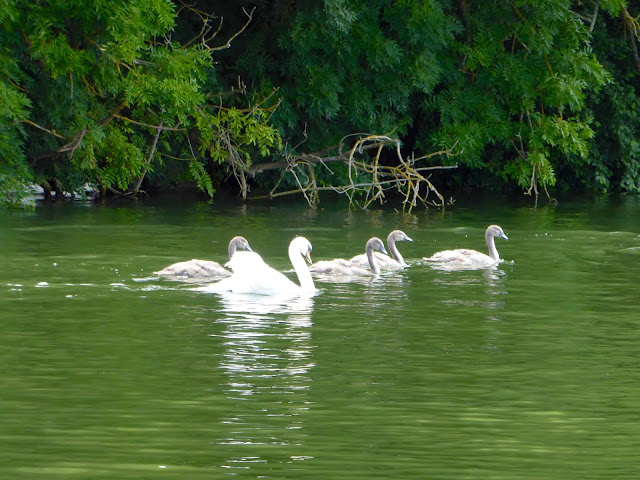 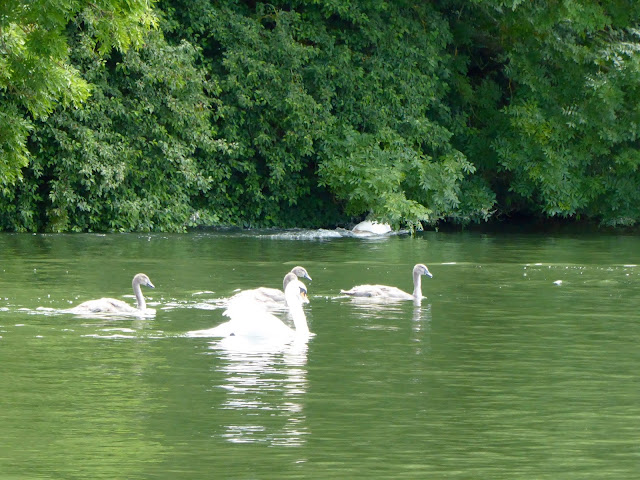 … but looks can be deceptive
… see the male swan in the trees - he’s chasing a couple of youngsters away from his mrs and kids! 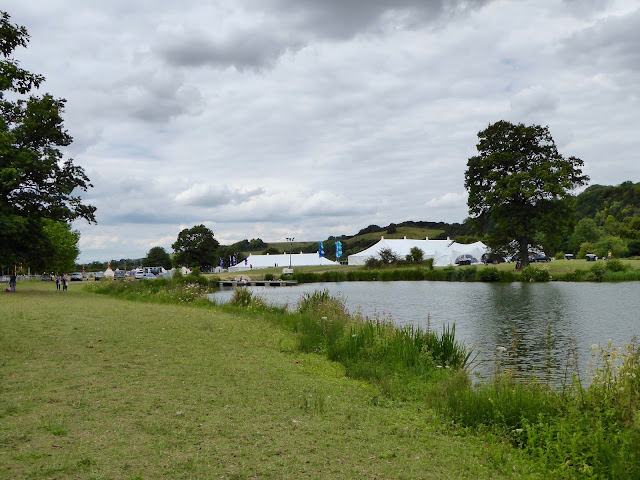 A walk after lunch took us round the lake area at Beale Park where the World Yoga Festival is being held this weekend.  More info here 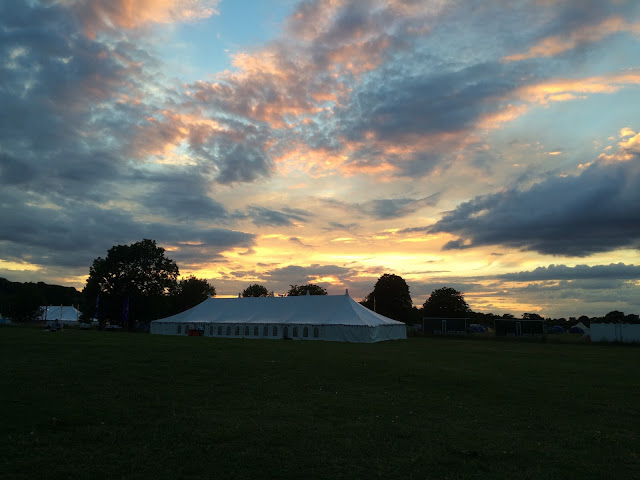 … and again later in the evening as the sun was setting 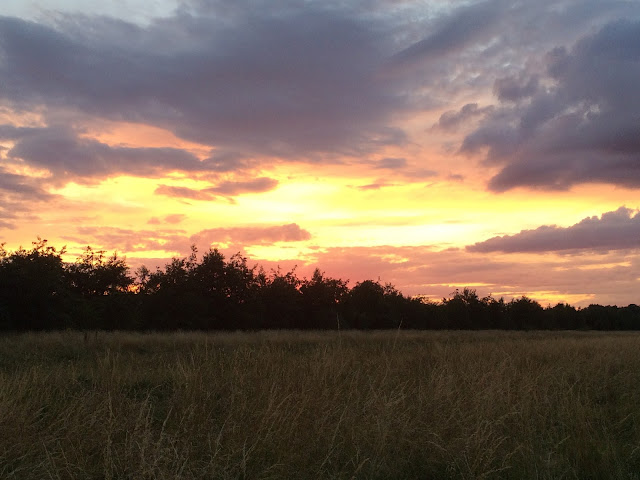 This lifts your spirits every time!

Not so relaxing this morning though, we had a rude awakening (although to be fair we were already awake having a cuppa in bed).

There was someone knocking on the boat at 8am, an officious guy telling us that we had to move because there was going to be a fishing match today here that had been paid for and that we had 45 minutes to be on our way!  George told him ‘no, we wouldn’t be moving’.  This is the third time over the past year or so that this has happened here at Beale and each time we’ve not moved on and each time the anglers have been quite happy to position themselves around the boats. Apparently there are notices regarding the match by Beale Park entrance but of course we don’t arrive via the car park do we?  There are no ‘No Mooring’ signs here and we’re doing nothing wrong.  Whilst the match is in progress (10-3pm) we won’t run our engine or washing machine etc or hinder the anglers.  There are other boats on this meadow too that have for whatever reason not moved either. 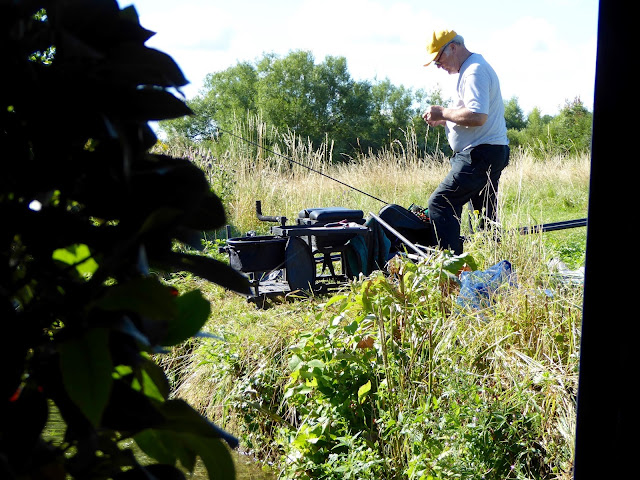 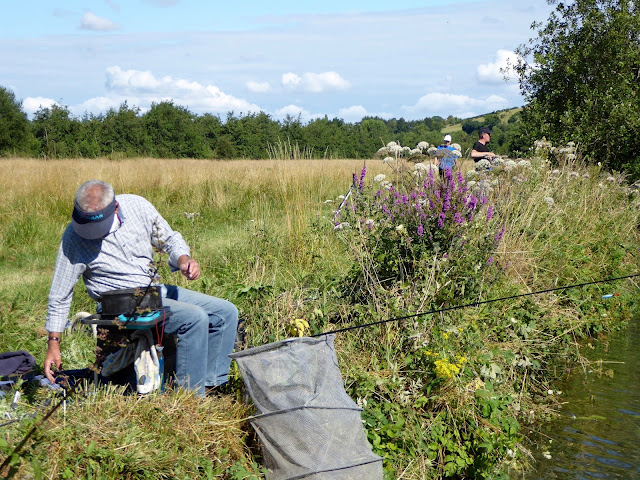 … and Terry at the stern happily pulling in his 7th catch only 30 minutes into the match.
Posted by Carol at 10:37

We have been told that fish like being under the boats so fishermen like to sit close to the boats. Good thing these grumpy men go out all day I say to give their wives a break.
Lisa x

The anglers around the boat were fine Lisa, they were certainly catching the fish!

I've also been told fishermen like fishing next to boats...and I've noticed that wherever we moor up, sure enough, a fisherman will appear! Lovely photos, Carol!