As you can imagine there are boats of all shapes, sizes and builds on the River Thames, these are just a few that drew my attention for various reasons... 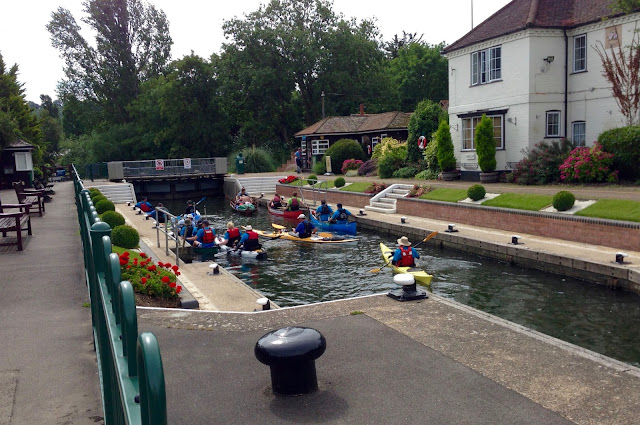 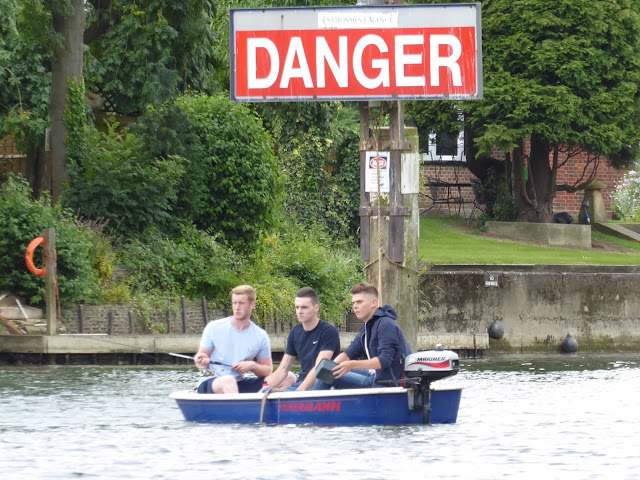 Three men in a boat!
Tied up to the post, one of them had a fishing rod about 3-feet long and I watched as he caught more fish (albeit small ones) than I’ve ever seen a towpath fisherman catch! 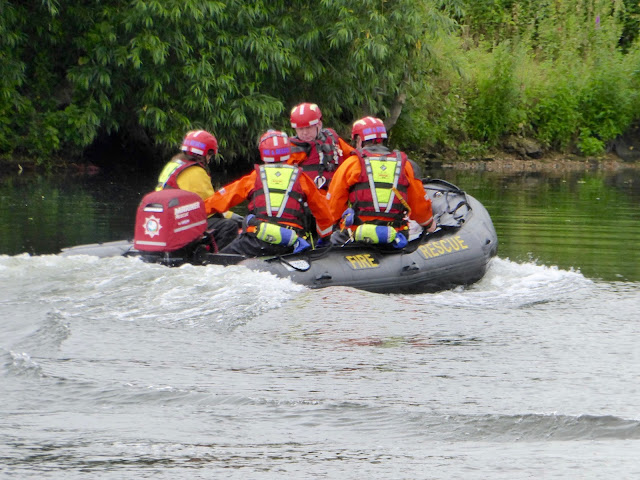 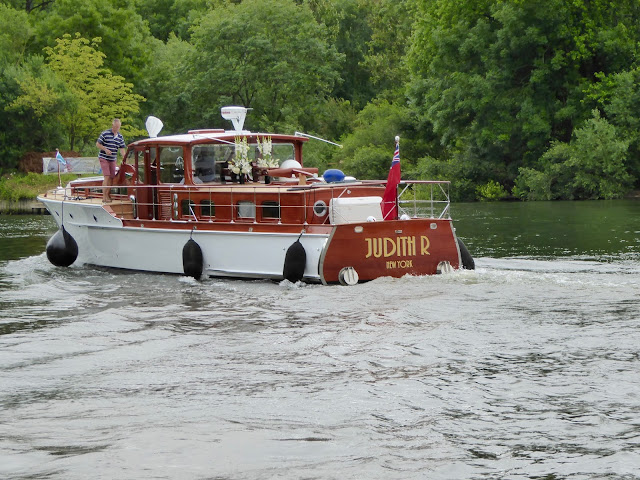 … and this one.
It’s huge, it’s beautiful and it goes fast.  Far too fast!
We were on moorings in the cutting below Marlow Lock securely tied to mooring rings with springs attached to ensure that we didn’t move to and fro when boats passed us to and from the lock, which was fine most of the time… except for this boat which last Friday came into the cut to the lock so fast that it caused Still Rockin’ to rock alarmingly and bang into the side of the jetty on which we were moored.  George was washing the roof and was lucky not to be thrown off and Molly (who is now nearly blind) panicked and ran through the boat and onto the deck without me even seeing her flee past me!  I complained to the lock keeper and he reported the incident to the Temple Lock Keeper asking him to have a word with Judith R's skipper as it came through and discovered that an EA enforcement officer was working in the area who would also be informed.  Just in case this didn’t happen I also emailed the complaint to the Environment Agency but have so far not received a reply apart from the acknowledgement of the email.

Judith R is a very interesting vessel, built as a luxury commuter yacht in 1935 on Lake Michigan about 100 miles north of Chicago for the President of Paramount Pictures Barney Balaban.  She is named after is daughter Judith Rose Balaban who still lives in Hollywood and was Matron of Honour to Grace Kelly at her wedding with Prince Rainier in Monaco.  There is lots of very interesting information on the internet for Barney Balaban and motor yacht Judith R including a case study of the boat’s  owners, history and restoration at Wootten’s boatyard which can be seen from the downstream lock landing at Hurley.
Posted by Carol at 12:17