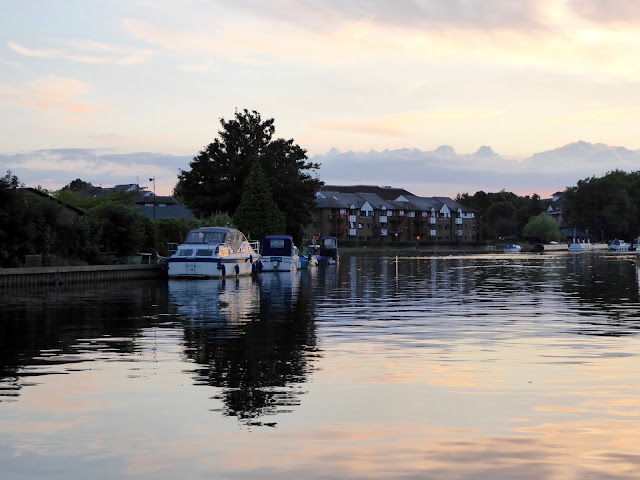 Although we spent a quiet night (asleep) at Caversham visitor moorings near Reading, Sue (NP) said that it was quite rowdy outside and when she looked out there were youths trying car doors in the street nearby!  She decided that they wouldn’t moor there ever again. 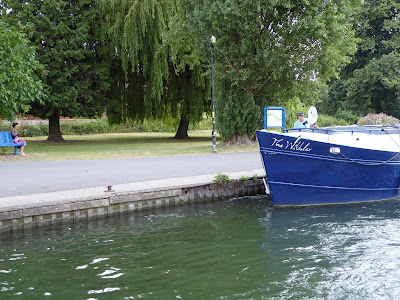 NP moved off and we took their place until our Tesco delivery arrived, it was all on board with the fridge/ freezer stuff put away.  Our position was taken as soon as we pulled away. 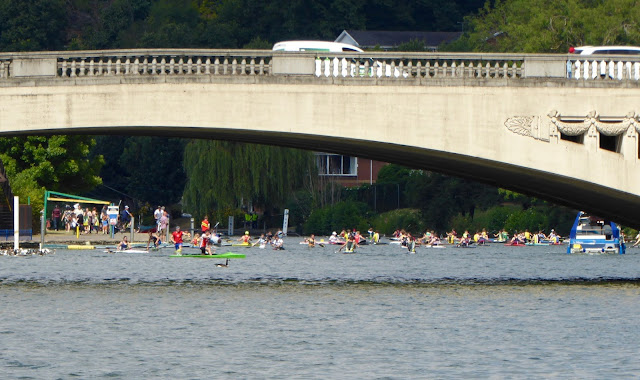 This is what met us at Reading Bridge.   We usually receive emails from the Environment Agency’s Waterways Team to warn boaters about regattas etc happening on the river, but not this one! 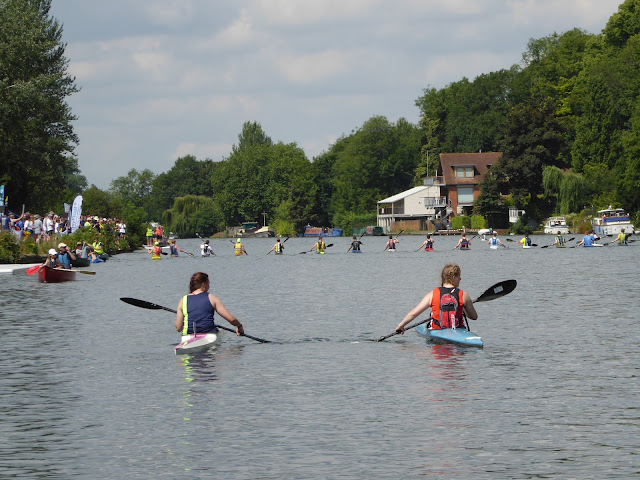 Normally part of the river is sectioned off for boaters and patrolled by safety boats but not today; the canoeists were using the whole of the width of the river.  This was going to be an ‘interesting’ cruise!

Looking on the internet this morning I’ve discovered that it’s the The British National Open Marathon Racing Championship 2016 which is taking place this weekend. 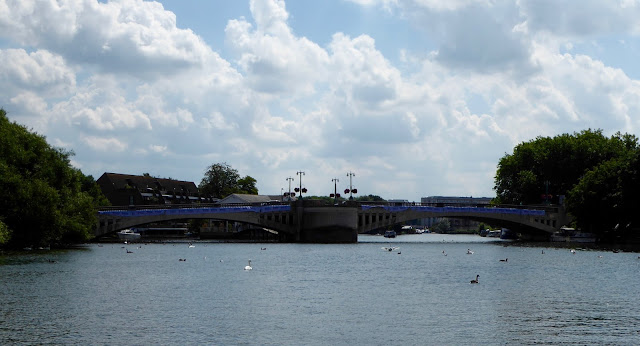 Looking back at Caversham Bridge all is calm.  Banners are displayed on this side of the bridge informing what is going on but not on the other side which would have warned us! 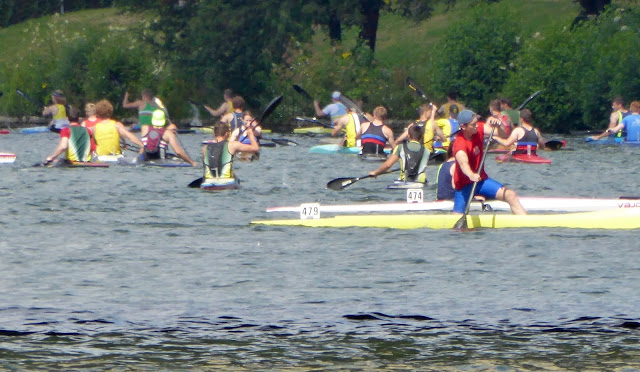 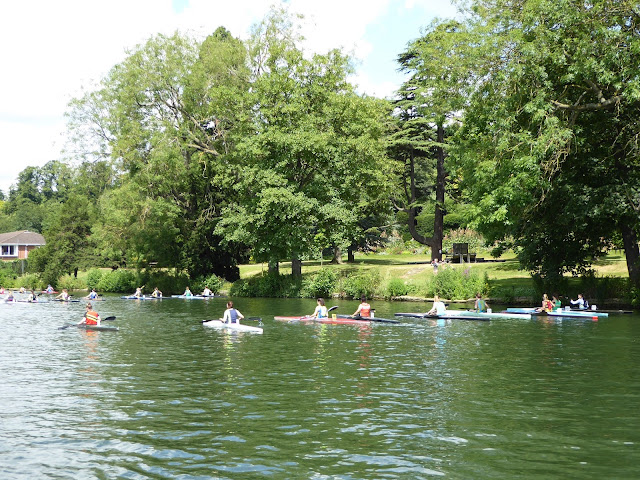 Us as well as a couple of other boats hovered midstream until it was safe to continue when several races had set off from the start line. 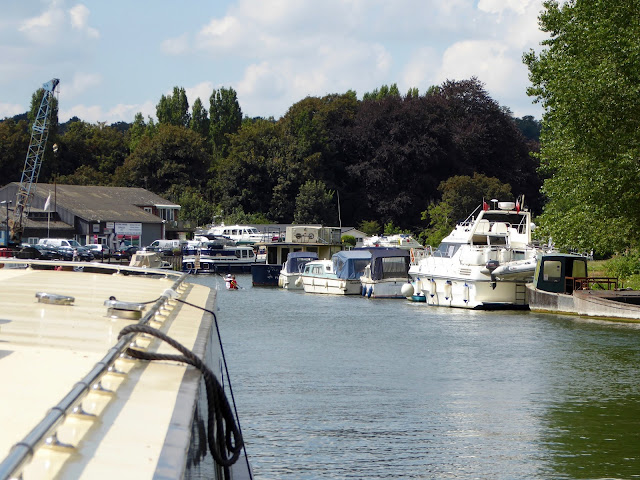 At times it was downright dangerous for the canoeists and boaters as the racers had been instructed to move across the river several times at certain locations during the race and a couple of times we saw canoeists coming round blind bends into the path of a cruising boat.  The race was about 3 miles each way on this reach. 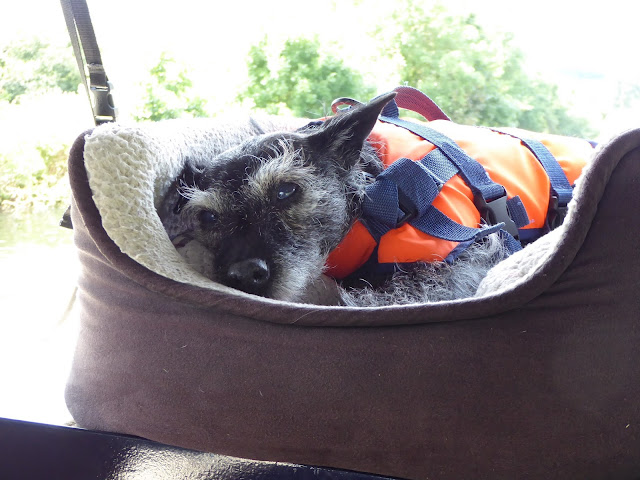 Molly in here usual position but looking at us instead of the in the direction of travel.  Her eyesight comes and goes, sometimes she’s completely blind, bumping into things, yet at other times she seems to be able to see. Not sure if it’s light and dark or movement that she can see.  We’re taking her to the vet ophthalmologist this coming week to get their opinion. 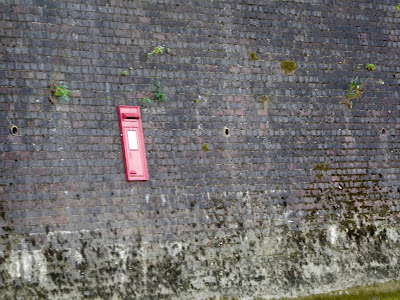 Got any post? The next collection is at 5pm! 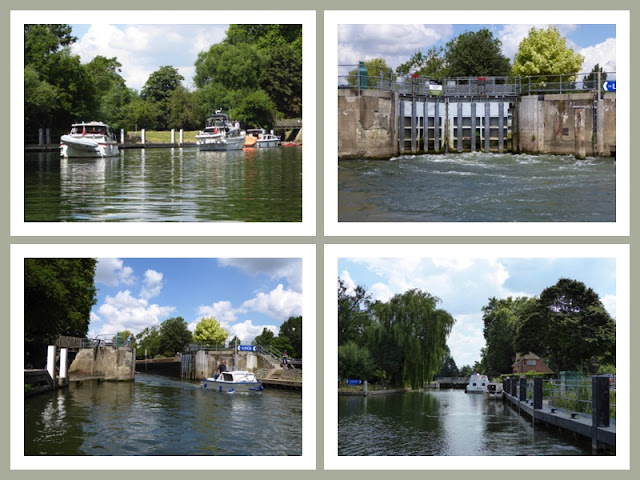 Queues at Mapledurham Lock as we wait for the lock to discharge the water and for the two small boats to exit.  All the traffic today seems to going upstream and very little coming down.  We stopped at the end of the service pontoon while we purchased a bacon and mushroom bap from the lock cafe, it was well after 1pm - delicious! 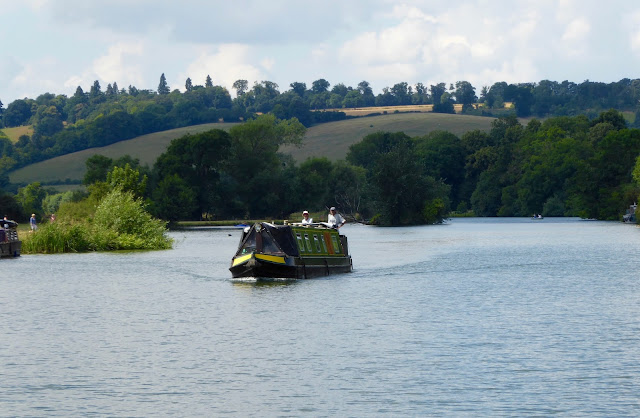 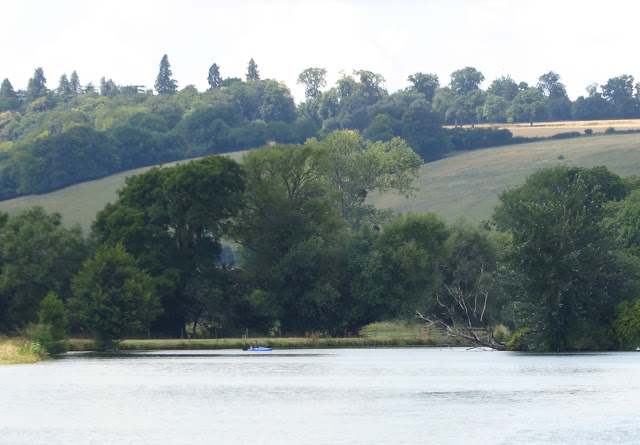 We’re now out in the countryside among the hills 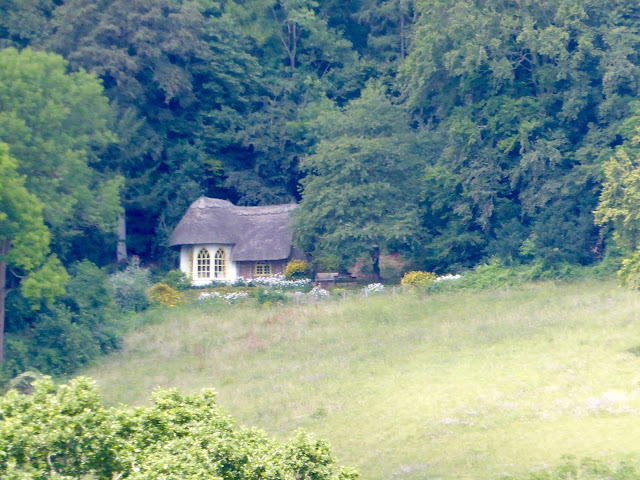 Nicely tucked away up there - lovely! 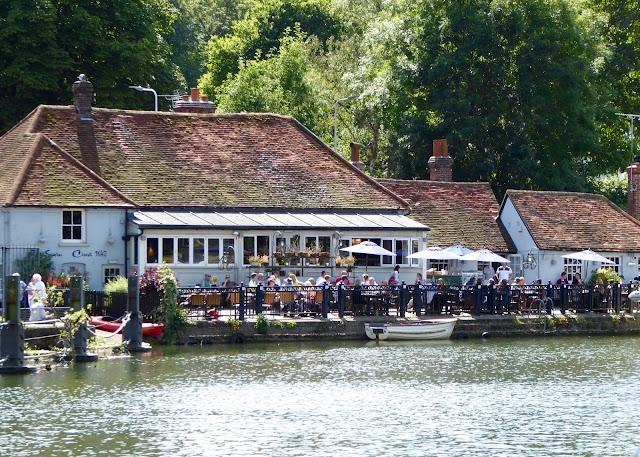 The Swan pub was packed as we came through Whitchurch Lock 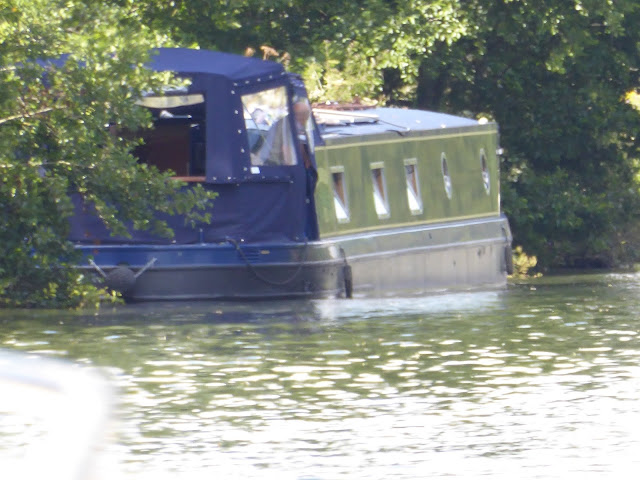 … and there’s our destination!
There were no moorings available for our 62’ boat so we pulled alongside NP once more for the night and spent the afternoon on the towpath when who should come along but Sue and Richard with friends Sue and Tina and five dogs.  There was Henry, Malcolm, and Arthur (I think that’s right) all greyhounds, and two adorable Italian whippets (sorry their names escape me) one of which made herself at home on SR and I would have let her stay but mum Tina said no! We had a lovely time chatting on the towpath, eight adults and eight dogs altogether! 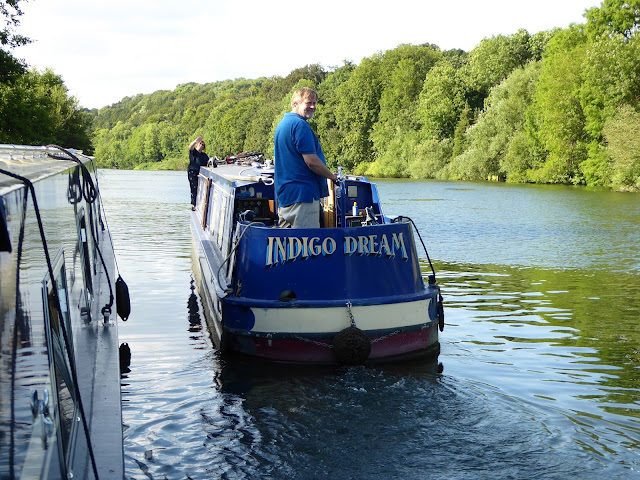 It was nearly half five when they left after which we had another lovely bbq cooked beautifully by George.  It’s been a tiring day for all of us with the trials and tribulations of the cruise here and it was good to be able to relax.
Posted by Carol at 17:54

Really pleased you all have had great weather for your travels. Sorry to read about Molly girl's eye sight coming and going. Maybe she needs her own guide dog!

Hi Carol, Sorry for repeating myself, but as I said to Sue...

Yep, couldn’t agree with you more, Reading Canoe Club most definitely failed to enact the risk assessment recommendations contained in the British Canoeing Safety Guidelines for Paddlers, Clubs and Volunteers :(

It surely wouldn’t have been too difficult for an official ‘patrol boat’ to be placed at
each end of the event to warn other river users that this competition was underway !

Sounds like a plan Jaq! We’ve got an appointment for Thursday morning at the vets. Take care of yourselves. xx

True Kevin, and if I thought it would make any difference I’d write to the BCSG to tell them!