As I mentioned in an earlier posting we need to take Molly to the Ophthalmologist to discuss our options, but several things have to come right first.  (1) we need a mooring where we can leave a hire car overnight, (2) we need an appointment with the vet, (3) we need to hire the car. 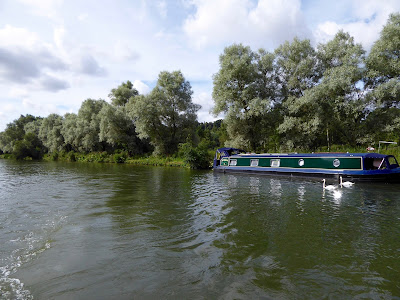 So, first things first - we need a base to make it all happen so we left Beale Park and NP yesterday morning 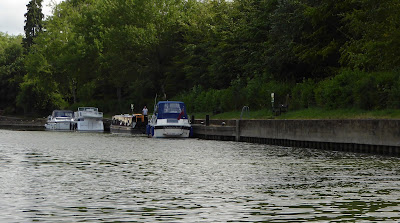 … and cruised the three lock-free miles to Goring where there was plenty of space for us to moor up.

Next we need an appointment so we rang the Vet but unless we took an emergency appointment (it was not an emergency) we couldn’t see an ophthalmologist until Thursday and it wouldn’t be with our usual one as she was on holiday. Problem! Mooring at Goring is for a maximum of three nights and we will now need four so George went off to speak to the Lockie. Steve (usually at Cleeve Lock) said no probs, we could stay for the extra night and that would be £15 please (first 24-hrs free). Sorted! 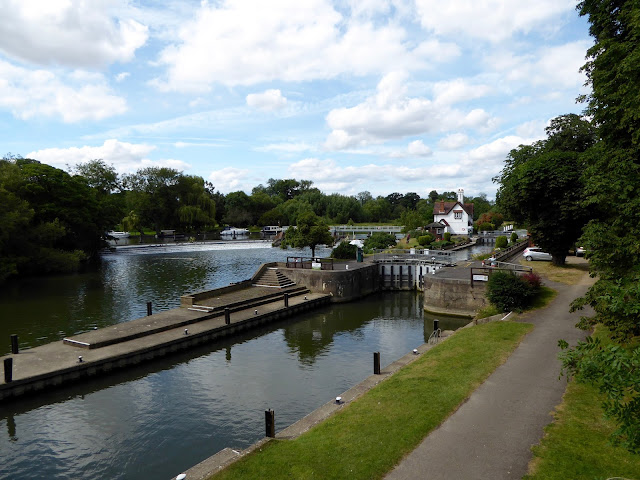 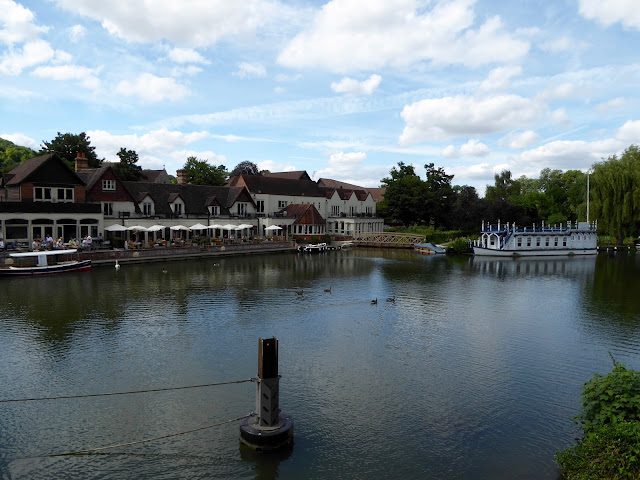 The Swan Hotel can be seen by upper part of the weir and a rather grand galleon too! 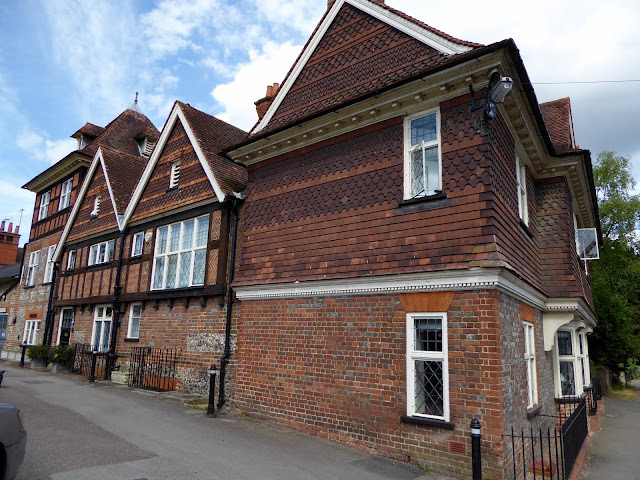 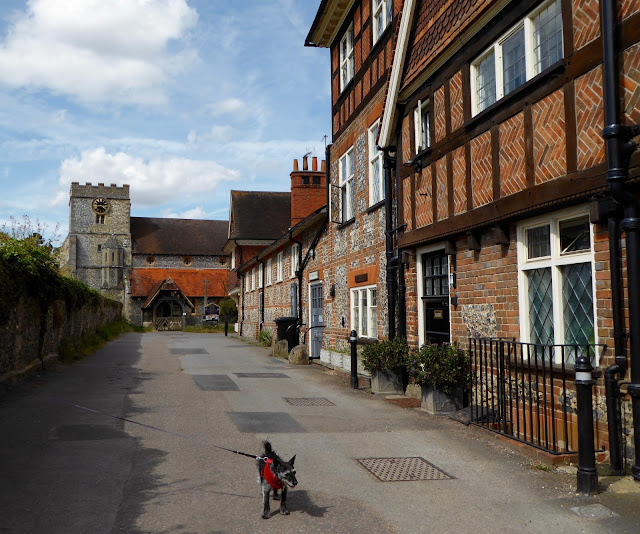 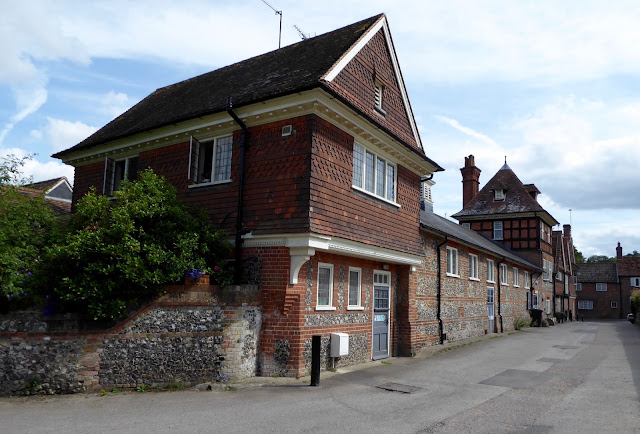 Childe Court, Streatley was originally built in 1740 as a modest village cottage which was remodelled in 1840 into what you see above. The only information I can find for ‘childe’ is from Wikipedia, middle ages, childe or child, young lord, son of a nobleman, so have no idea how the name of the building came about. 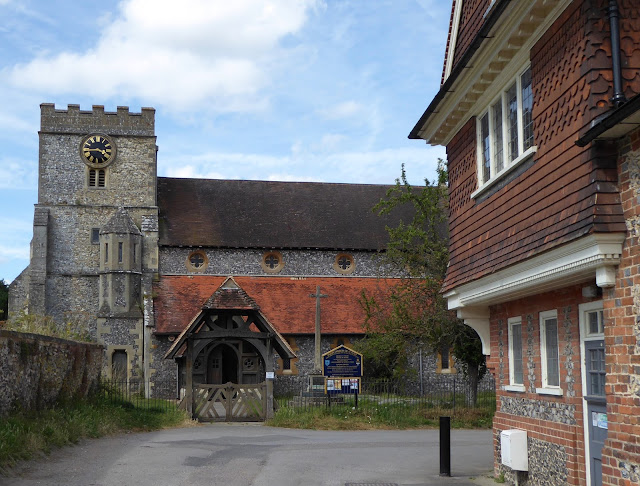 St Mary’s Parish Church is also a flint and brick building.  It’s thought that there has been a church on this site since pre-Saxon times. 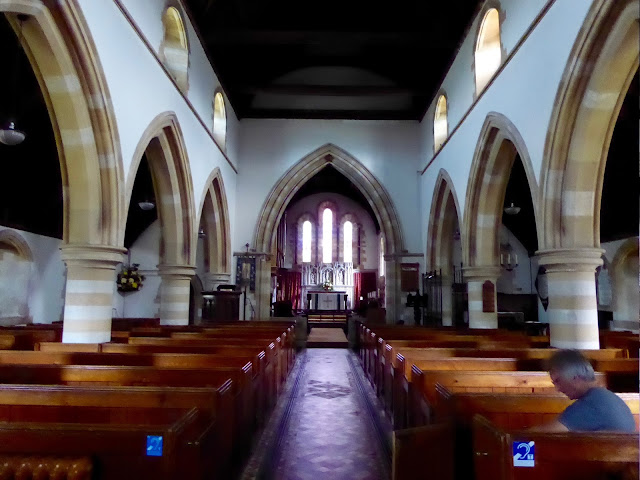 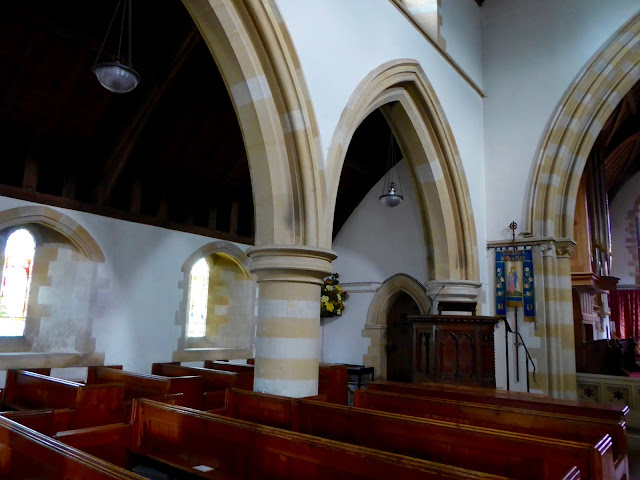 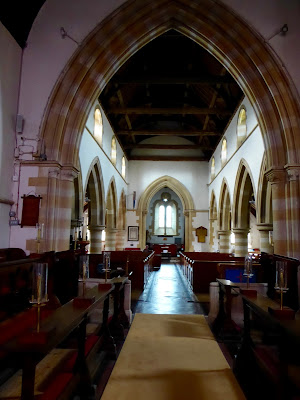 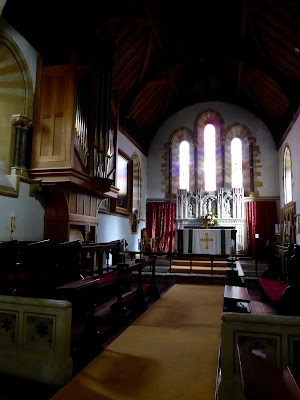 The chancel dates from c 1220, the tower built in 15th c and practically the whole church was rebuilt in 1864 after falling into disrepair. 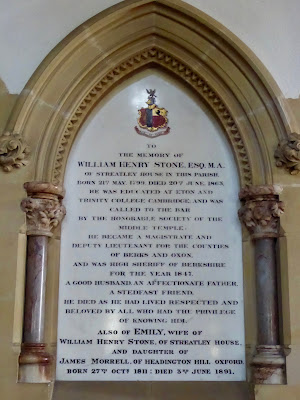 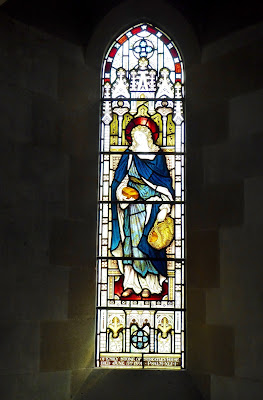 At the time of the rebuild Mrs Emily Stone was Lady of the Manor and the stained glass window is in her honour alongside the memorial stone of her husband. 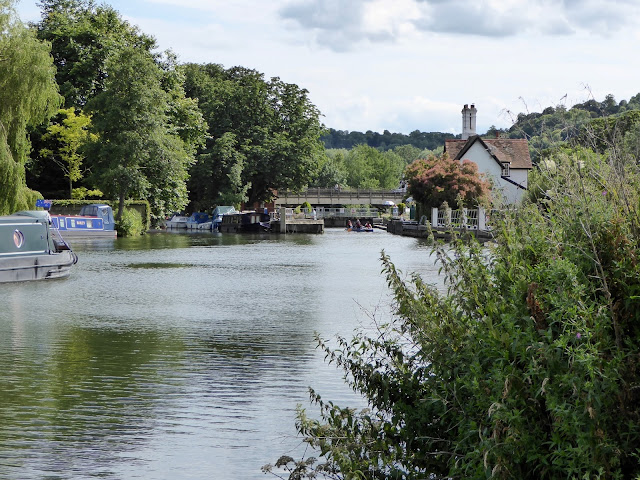 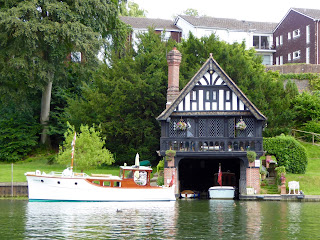 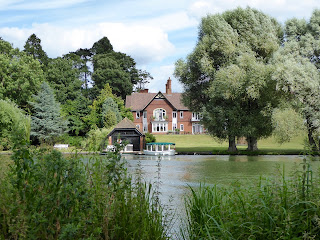 … and where there’s an assortment of housing 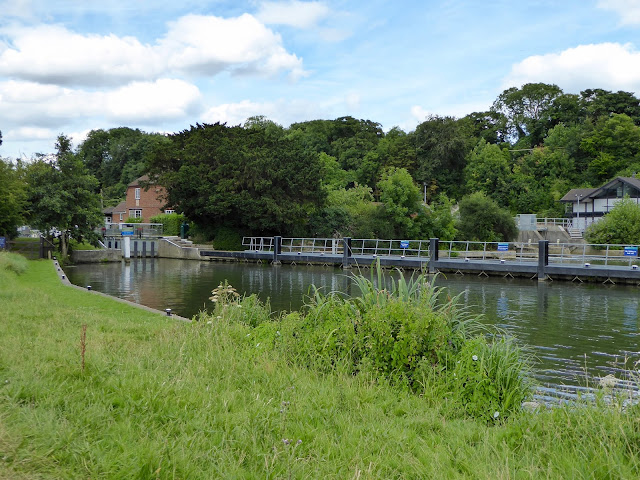 … along the reach to Cleeve lock.
We noticed some rather nice meadow moorings above Cleeve lock so I shall put a note in our guide book to remind us in future.
Posted by Carol at 12:55