Diane and I had been trying to fix a catch-up meeting and late Wednesday evening it was sorted … they would stop by our Bourne End mooring at 9am ... 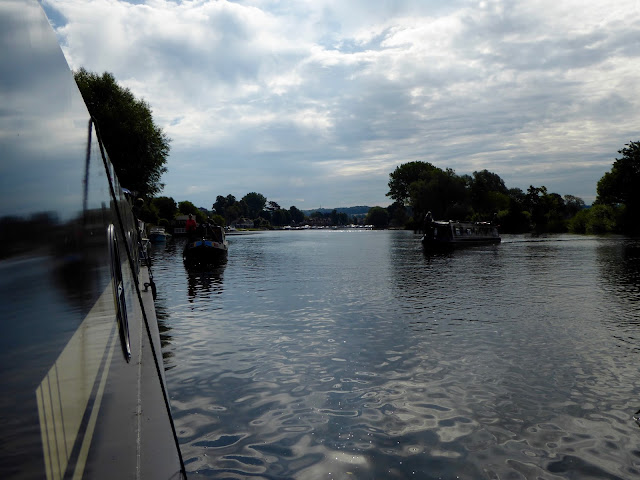 … they were a little early 8:50 and here turning and coming out of the sun to moor alongside us and No Problem 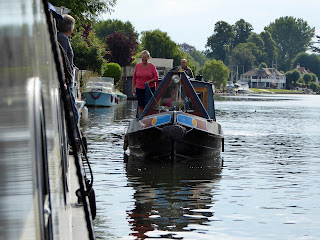 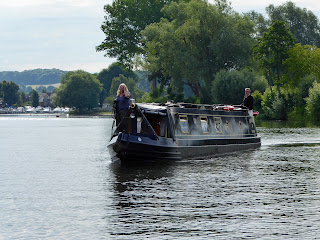 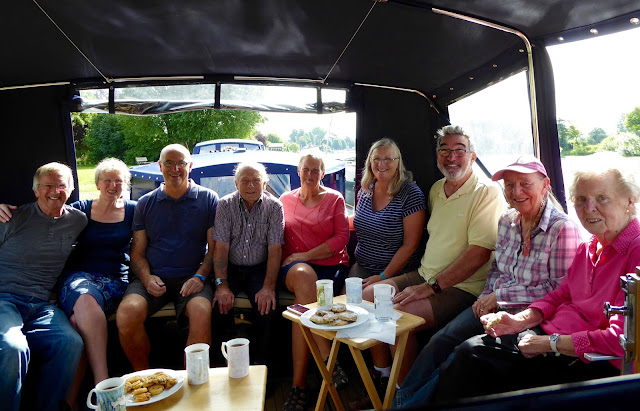 Out came the tea and coffee and very tasty (real) Welsh cakes and choc chip cookies baked by Diane’s fair hand, and nine of us sat on the deck of Still Rockin’ ... George and I, Andy, Vic, Sue, Diane, Ray, Sue and last but certainly not least is Betty, Sue’s Mum.  It was lovely to meet up with the crew of Ferndale once again and to meet the crew of Festina Lente at last.  As you can imagine there was lots of chat and even more laughter! 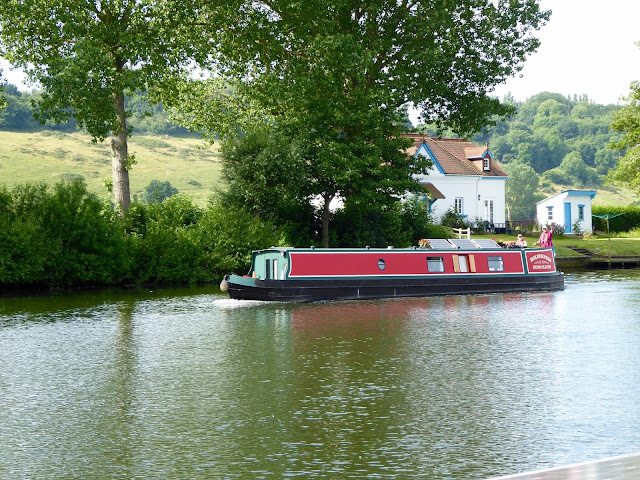 Hold on though, here comes another ... 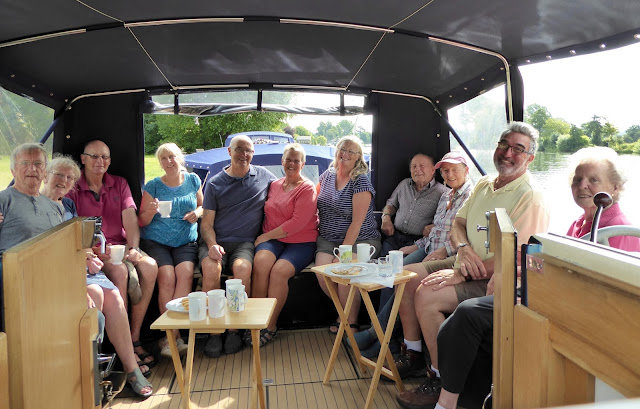 … it was on 8th July exactly 3 years ago when we met Helen and Tony on the Leeds and Liverpool at Crooke on our way into Liverpool so it was great to see them both once again; they’re sitting next to me above … so now we’re 11 bloggers sitting on the back of Still Rockin’!

So … what could be the collective for a group like this?  Suggestions from the above were … ‘a raft of’, ‘a blag of’ and from Tony’s recent blog ‘a posse of’.  Any more suggestions would be gratefully received! 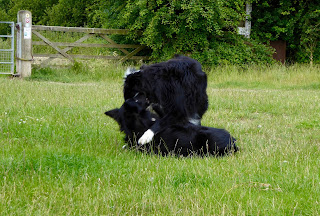 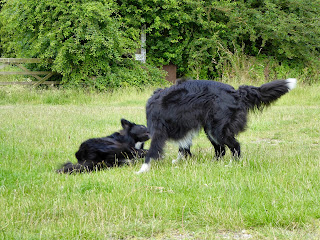 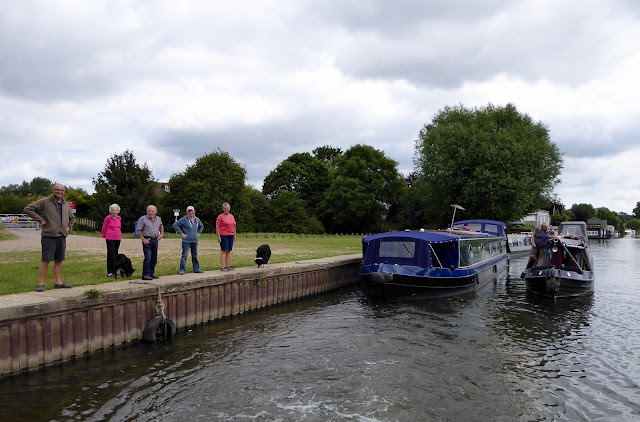 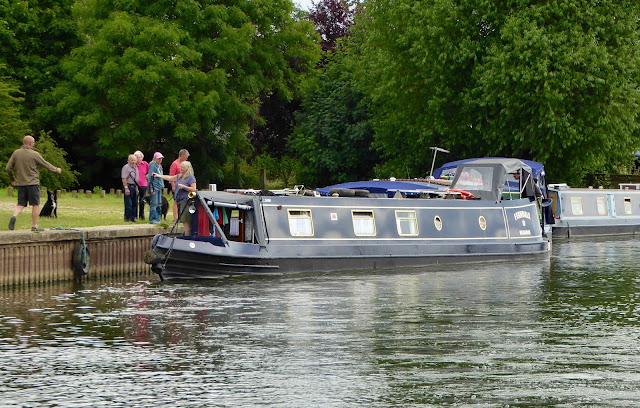 … leaving the three boats to sort themselves out on the mooring 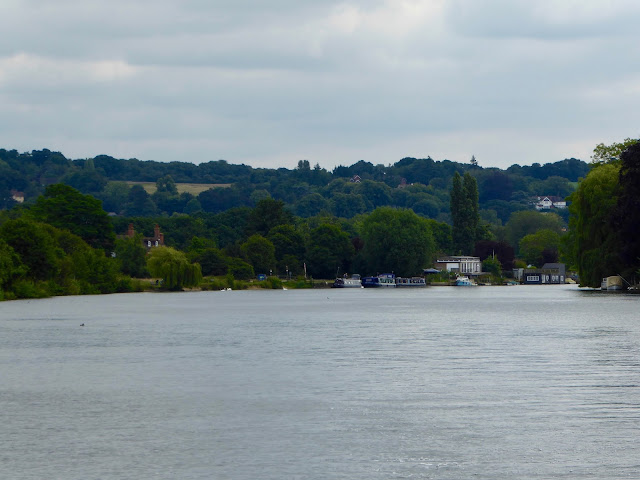 A gaggle of geese on the way 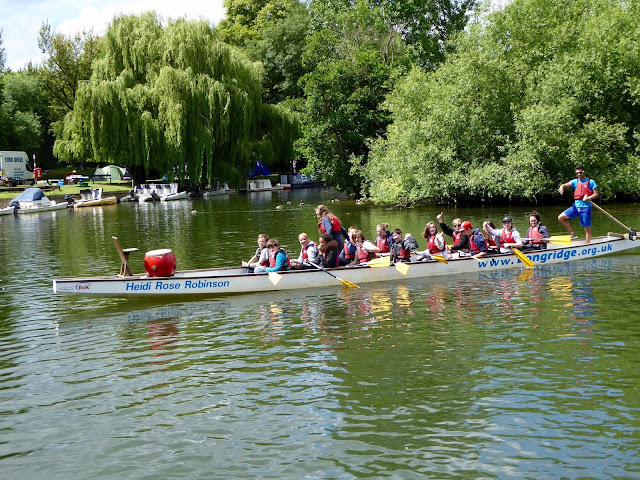 … and a dragon of children having a great time were passed 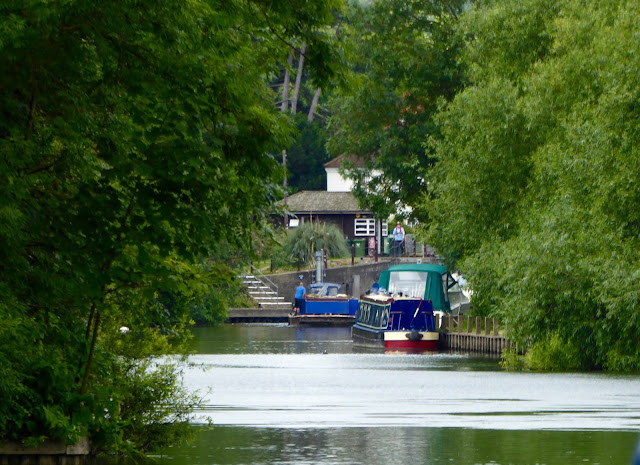 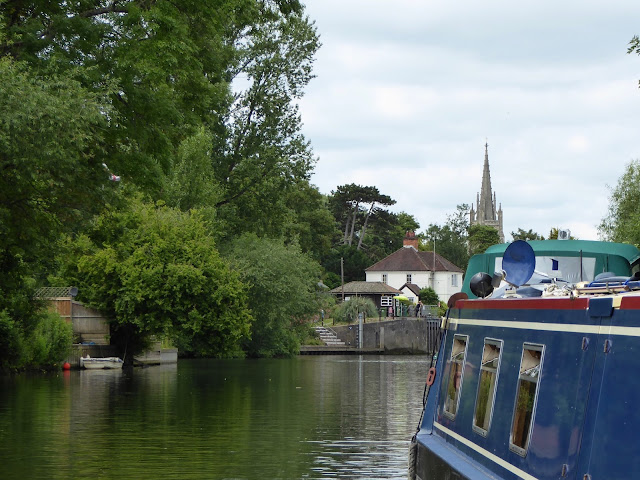 We fitted in perfectly, and with springs on our ropes to prevent backward and forward motions when boats pass to the lock we’ll be fine here 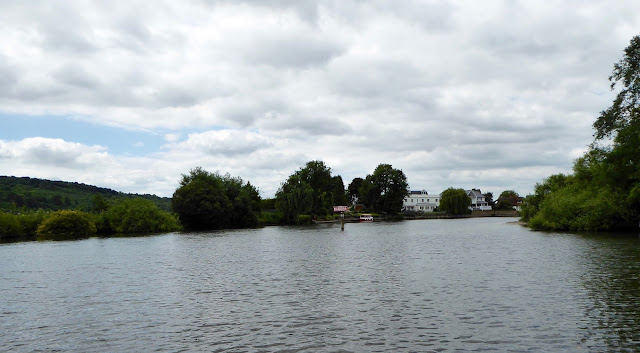 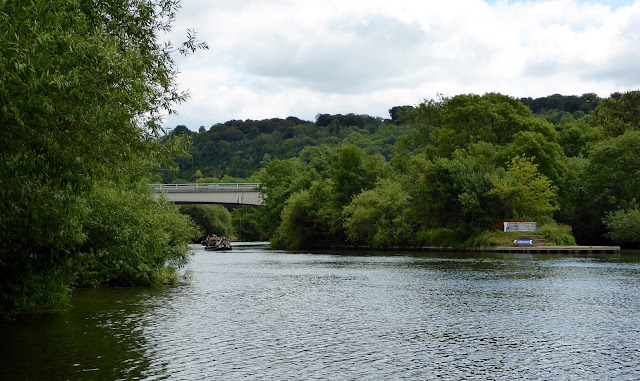 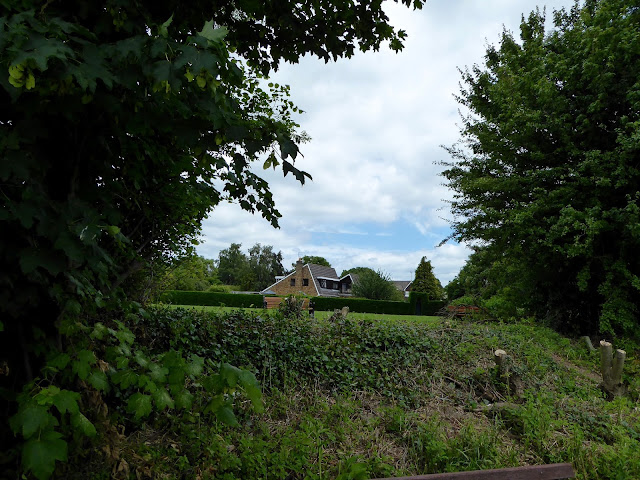 … with good views all round and easy access to the town 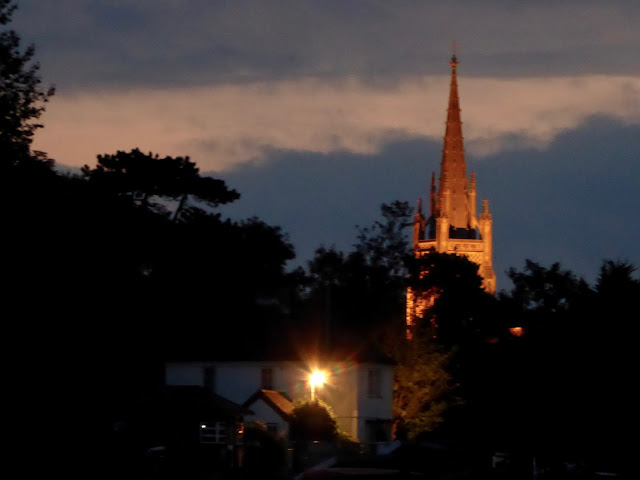 All Saints Church, Marlow just after 10pm last night.
Posted by Carol at 09:03

A Canallegory of Boating bloggers? ...or a Floateller..this is fun hee hee.
Great blog as always
Cheers

My guess is either a for a 'Natter' of bloggers or perhaps a 'Bunny' (as in Rabbit, rabbit, rabbit) of boaters?? LOL

Good ones Kevin! thanks. x