Tea on the lawn at Runnymede 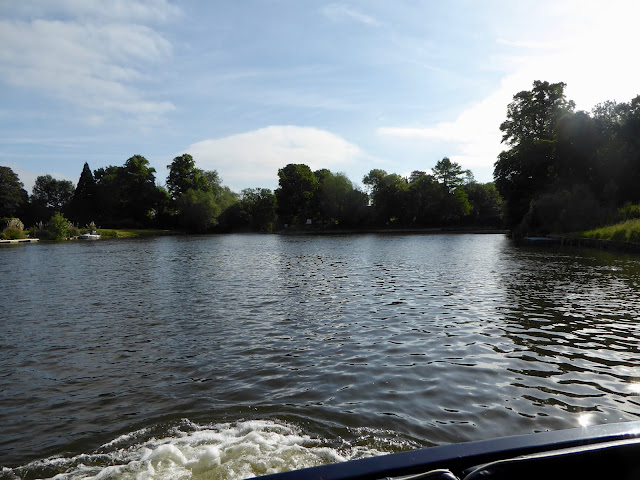 as we left our mooring at Weybridge 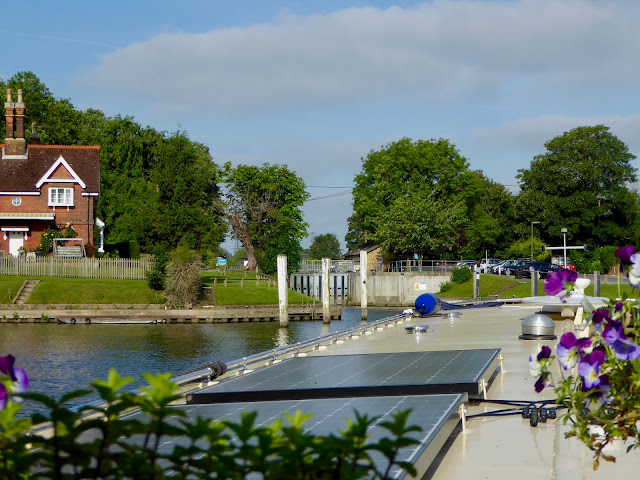 and headed over to Shepperton Lock - no lockie yet, it's only 08:15 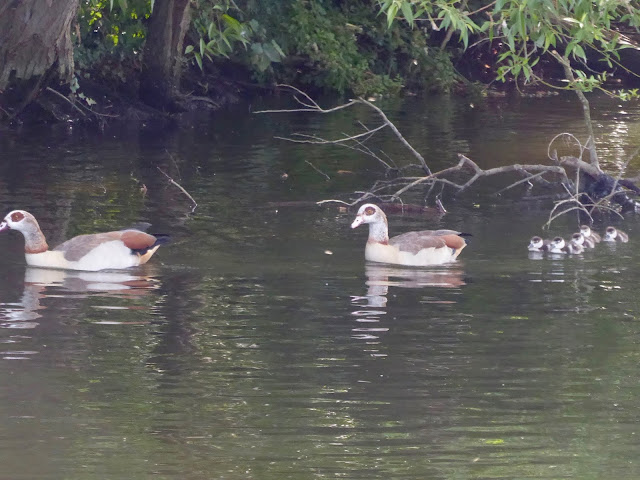 Egyptian Geese and family out and about 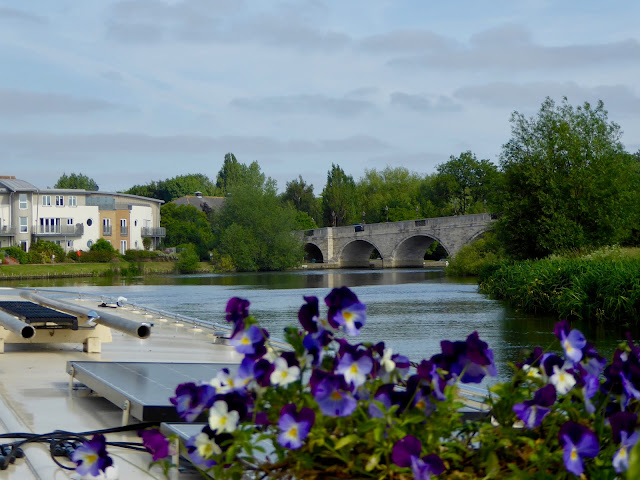 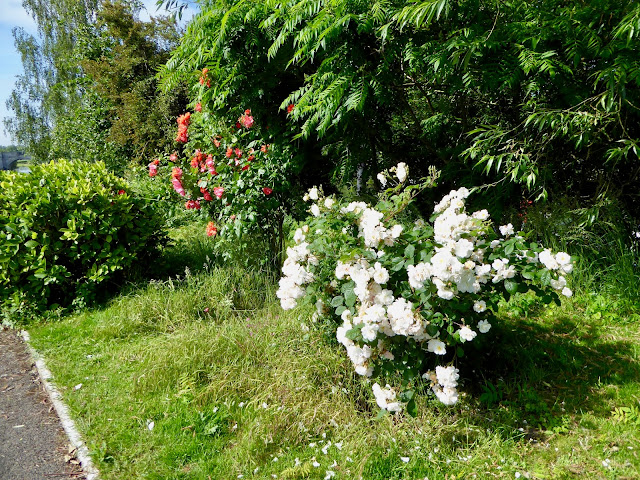 Someone loves their roses at Chertsey Lock 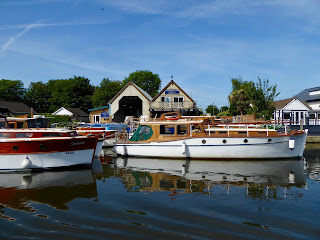 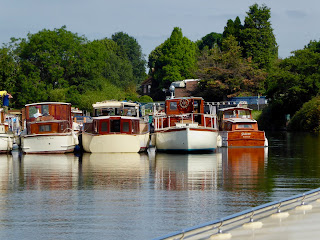 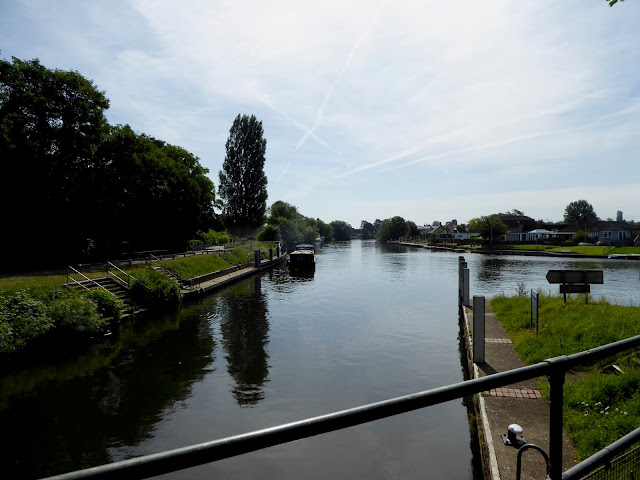 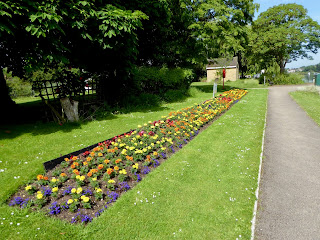 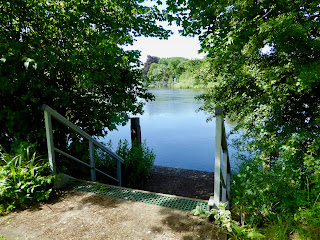 Just as I was operating the top gates of the lock the lock keeper pulled up in his car and proceeded over the gates towards me.  It was Mr Grumpy Git aka Dave who usually mans Bell Weir Lock.  He kept his head well turned away from me so that he didn't have to acknowledge my existence - no change there then, but at least if he's here he's not at Bell Weir the next lock upstream. 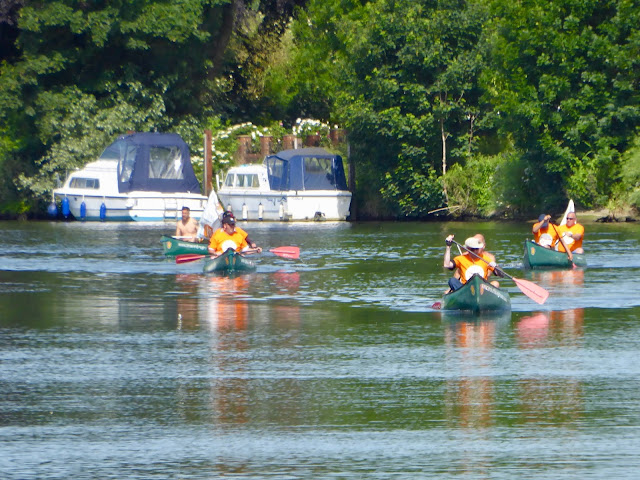 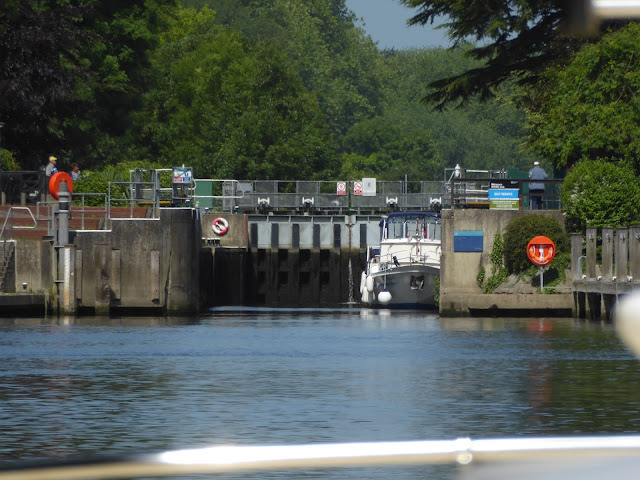 Bell Weir Lock and there's a boat to come out so George drops me off and goes straight in. 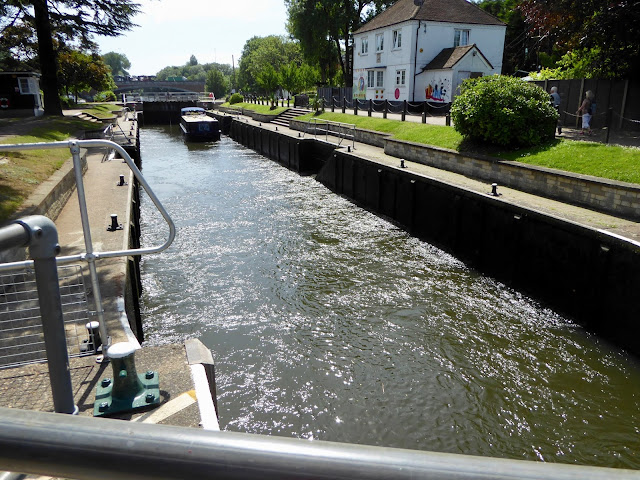 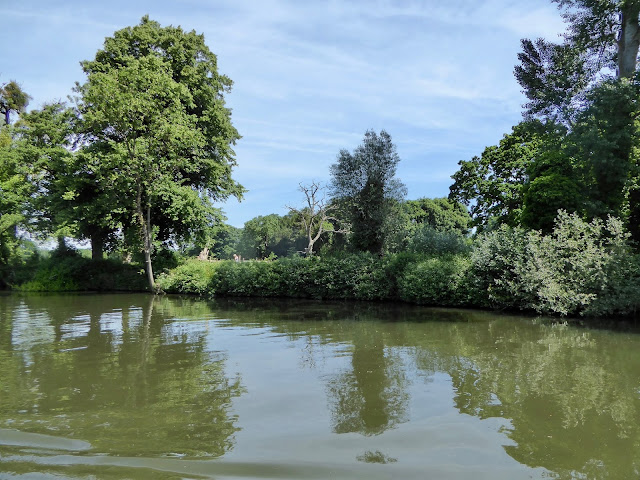 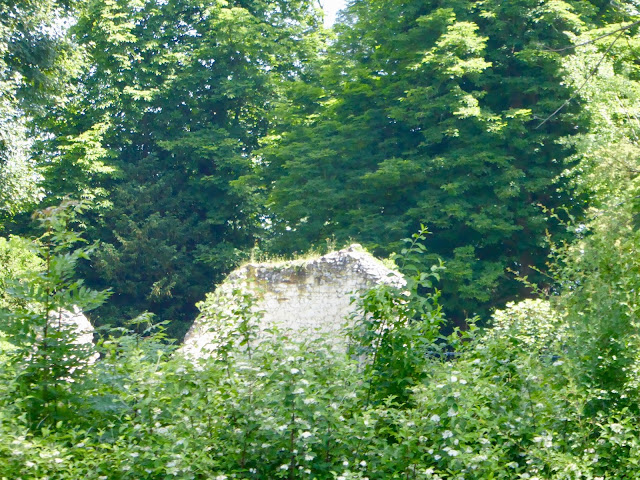 ... and where there are ruins of The Priory of Ankerwyck a house of Benedictine nuns founded during the reign of Henry II sometime after 1160.

Last time we were at Runnymede talking to the Customer Engagement Officer he mentioned that the NT are hoping to arrange for a landing stage to be built here once again and perhaps negotiate with Fisher boats who operate trip boats on this reach to add another 'stop' to their timetable to enable visitors to explore Ankerwyke.  That would be good. 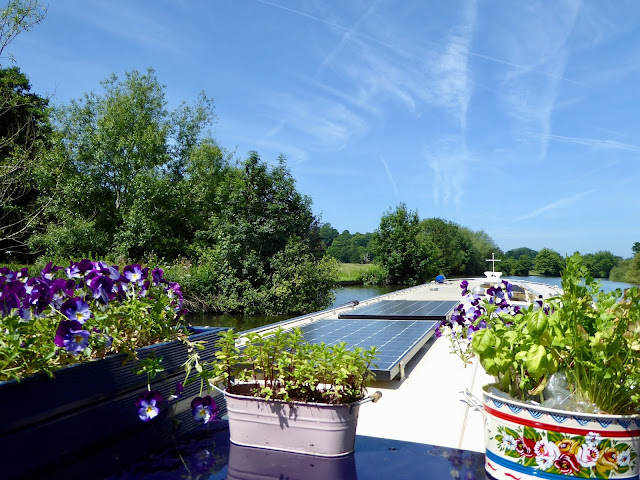 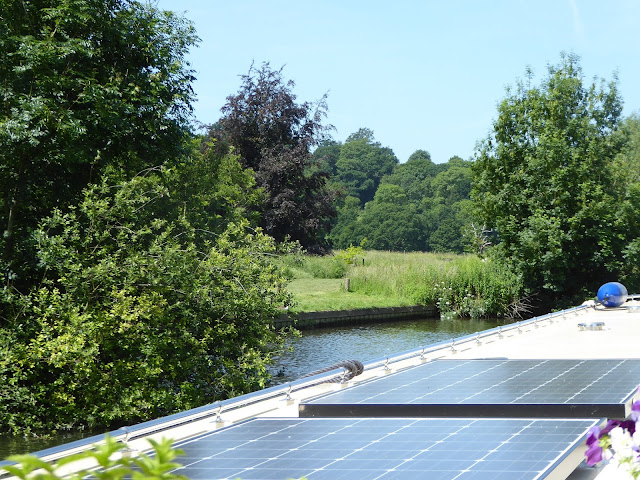 and it's available for us - brilliant! 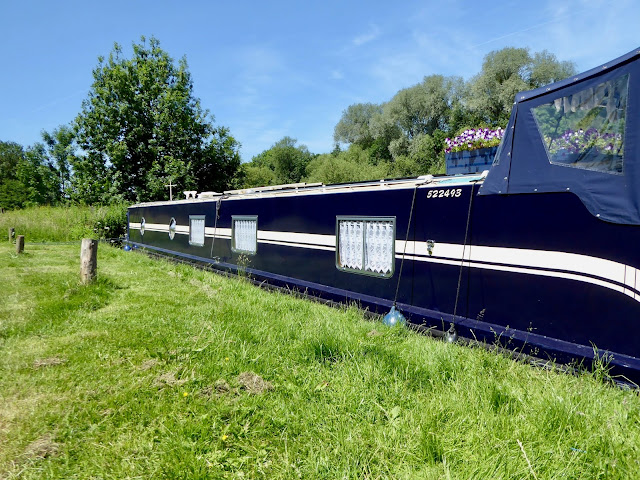 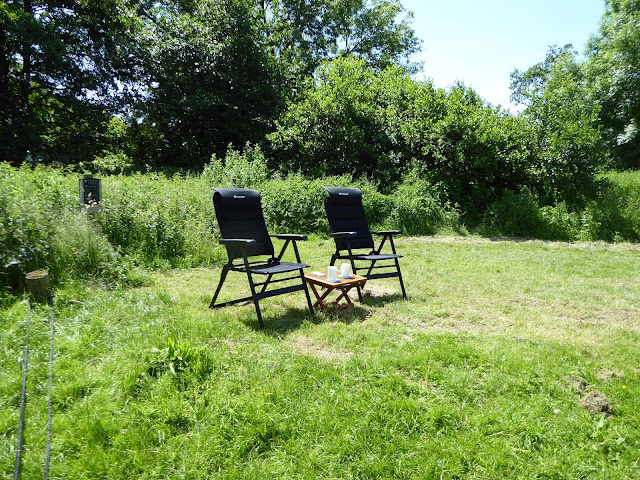 and with a temperature of 24°c it's definitely time for tea on the lawn.
Posted by Carol at 15:43

We have been lucky enough to get that mooring a couple of times, Carole - it really is a great one. Jennie

One of our very favourites Jennie, we take a seasonal ticket each year for Runnymede.