Boats galore on the way to Weybridge 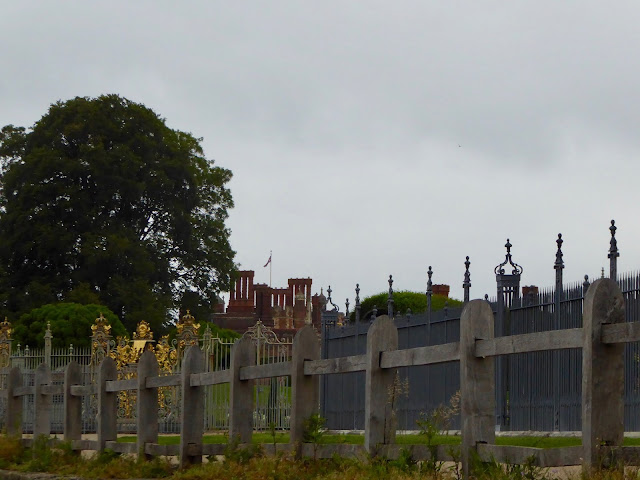 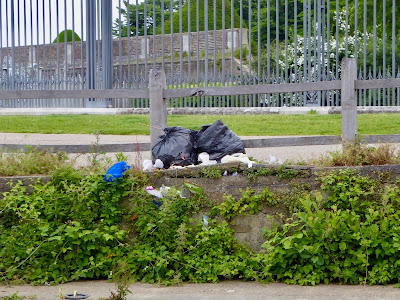 Someone, probably a boater who couldn't care less has left a great pile of rubbish for someone else to clear up, this makes me so cross! 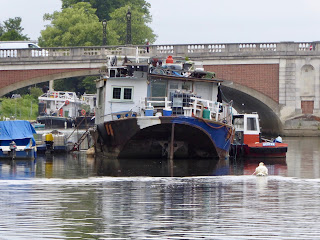 The fourth of the slum boats mentioned in yesterday's post is still tied up along with the 'supply' boats carrying water containers, and two of the others are still on the lock landing 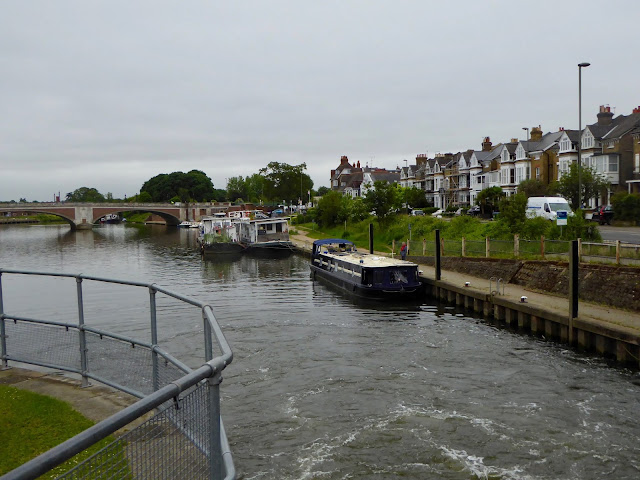 Thankfully they have left enough space for boats who intend to pass through Moseley Lock to moor on the lock landing.  The lock was on self service when we arrived so I went up to see us through 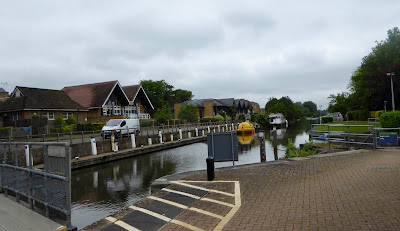 ... but oh dear! The boat owners have also brought up the 'yellow submarine' up and moored it by the water point (it has no engine).  A chap in the narrowboat (seen between it and the white slum boat) knocked on it and told the occupant that he was going to pull it right to the end of the service wharf so that boats with engines can use the services.  The boat which we saw approaching Moseley Lock late yesterday afternoon was obviously allowed through and is moored just beyond the services where it was a couple of years ago for months on end. 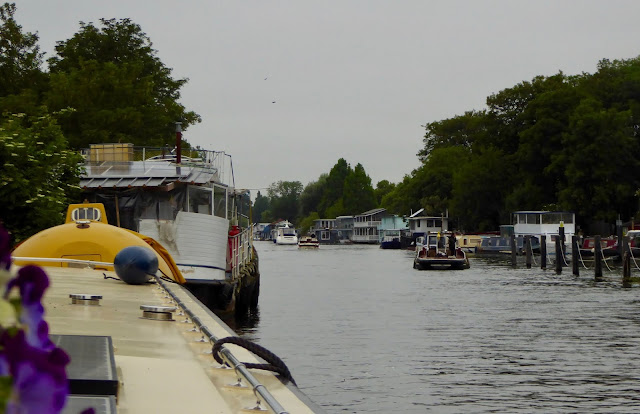 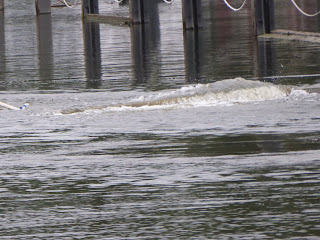 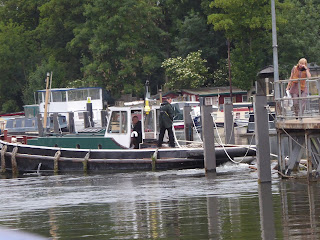 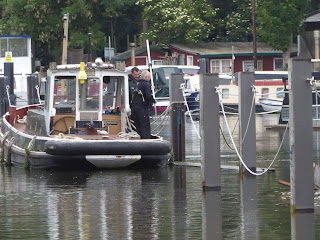 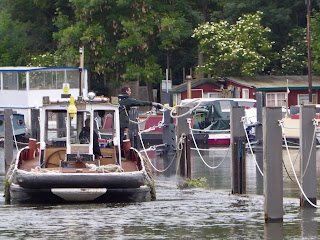 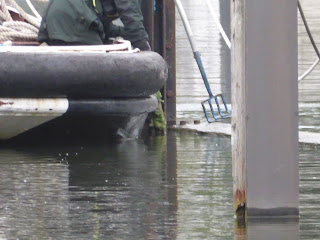 they used a pole and a 'forky thing' (forgotten it proper name!) to get the plank alongside 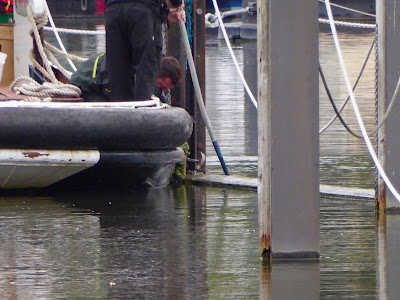 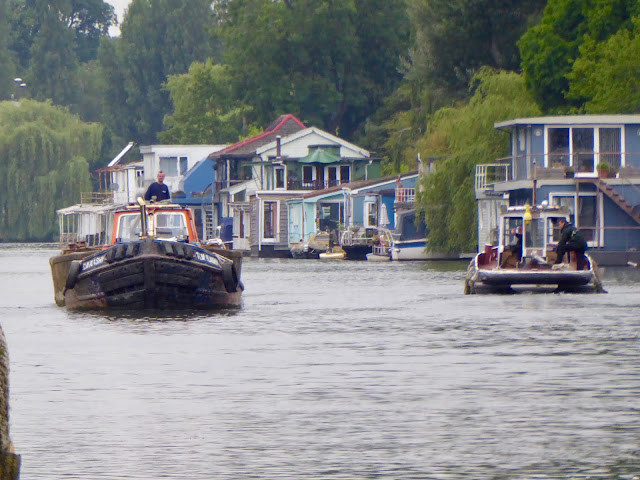 ... just as the tug leaves another tug arrives towing a large hopper 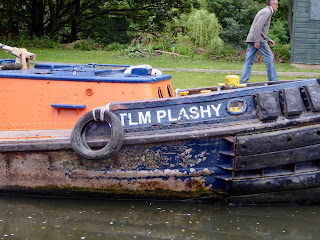 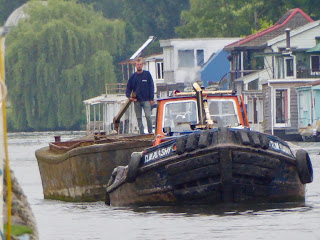 There was nowhere on the lock landing as we were still moored there so they pulled over to the opposite side and one of the men went to see the lock keeper.  It was a good job there was nothing coming up the lock because there wasn't enough room for a boat to get between us and them! 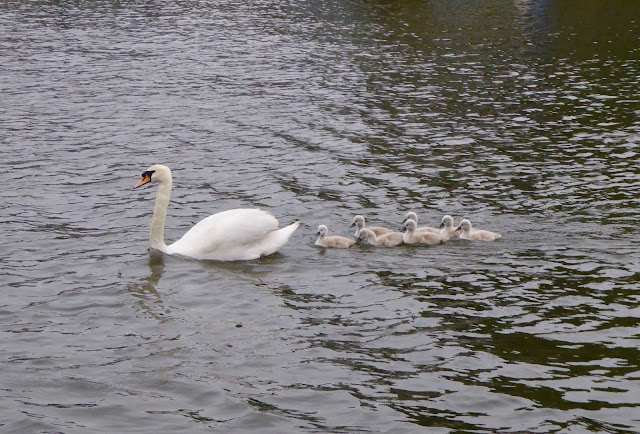 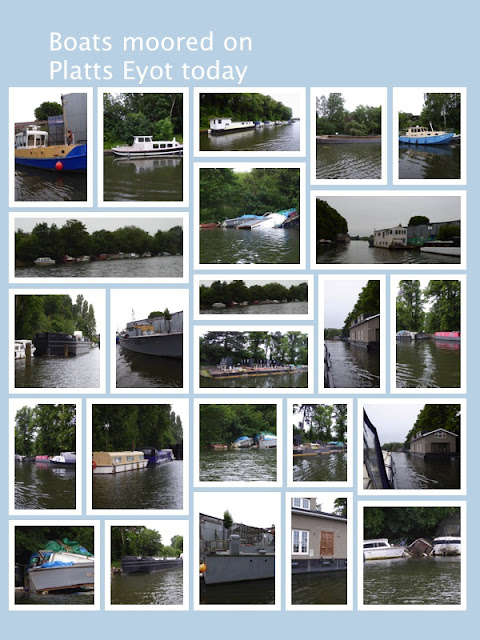 I've never seen so many boats at Platts Eyot before!  House boats, cruisers, big boats, small vessels, pretty boats, dilapidated ones and more than enough sunken ones too. 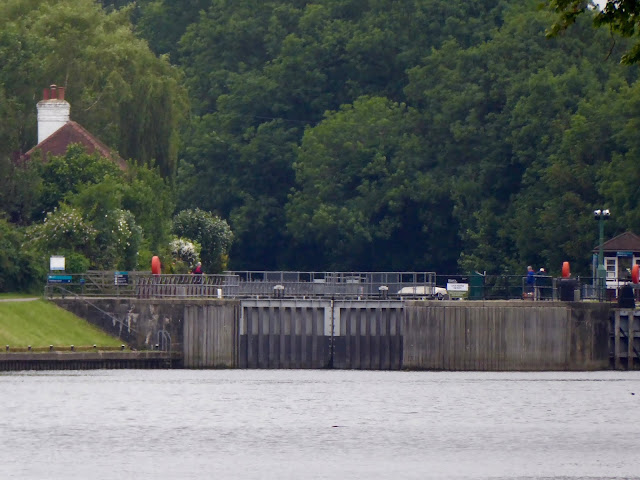 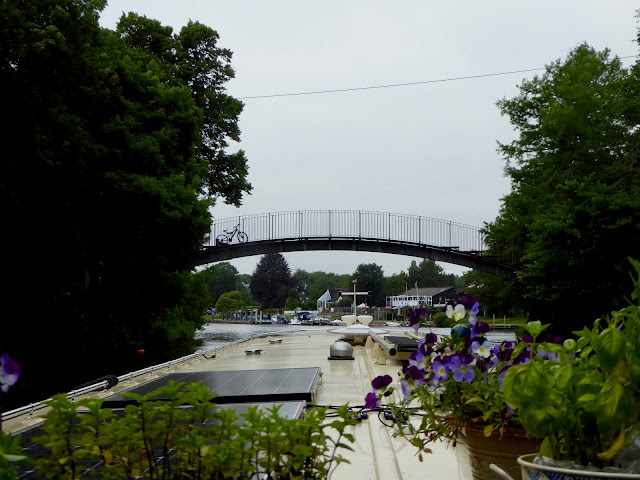 to Shepperton Lock where we turned left 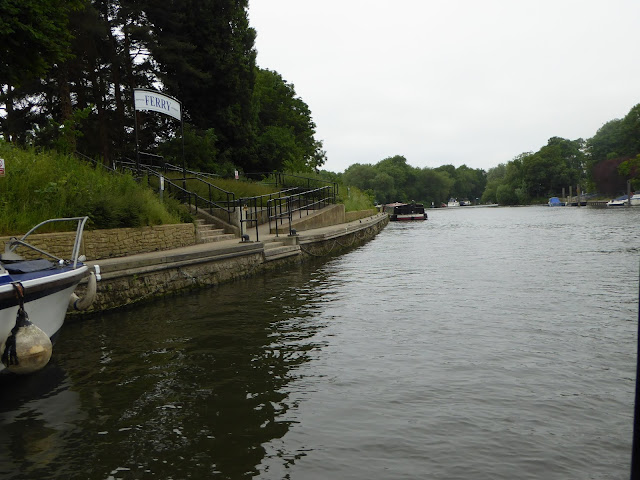 and moored up behind the wide beam you can see above.
Once the washing was on the line to dry and lunch had been eaten we walked into Weybridge to collect post and a few essentials and then relaxed back home. 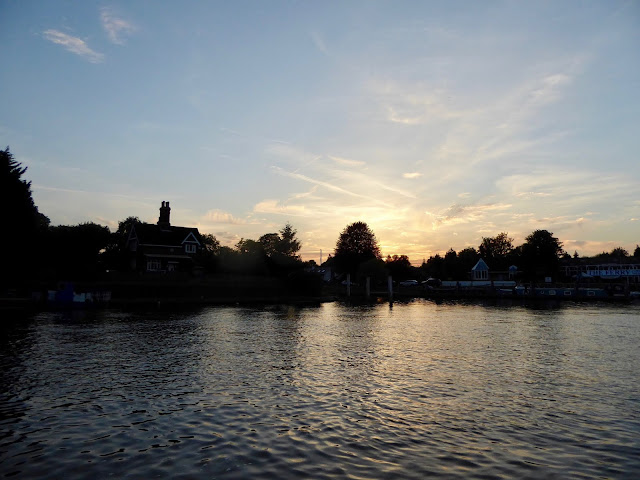 Is it a KEB Carol?

Kevin’s right. (Good to see you at Crick, Kevin)

Thank you both! xx