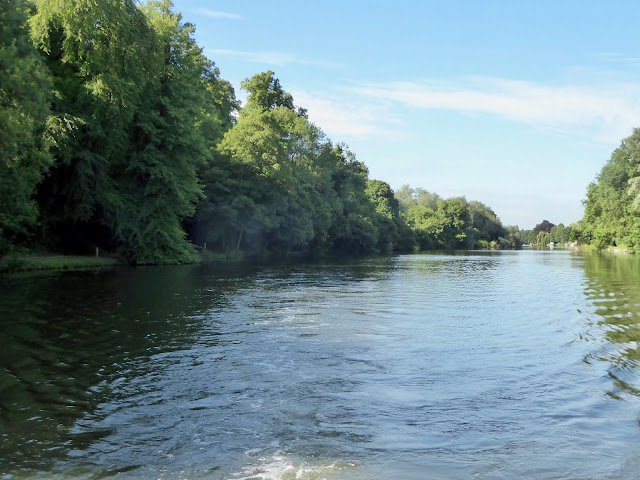 ... the plan to only go as far a Cookham for our next mooring has now changed as we had expected to meet up with Sue and Vic in the next few days at either Cookham or Bourne End but of course we know that's not going to happen now! 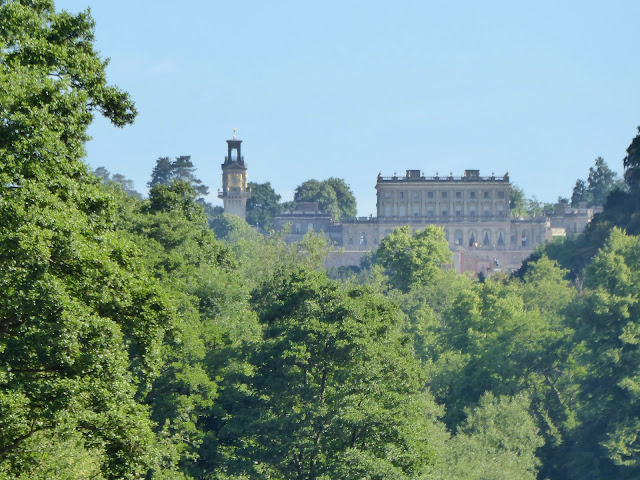 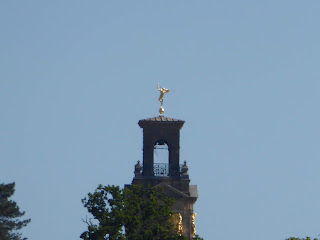 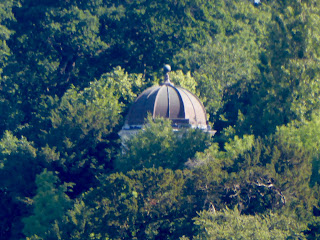 Saying cheerio to the Cliveden estate once again we continue upstream 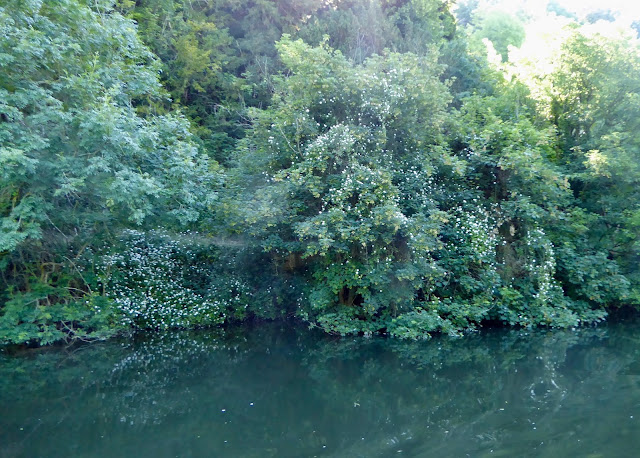 These bushes on the banks are covered in wild climbing roses 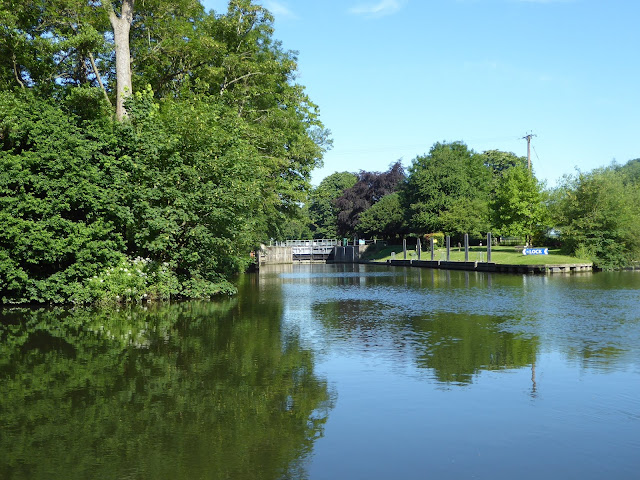 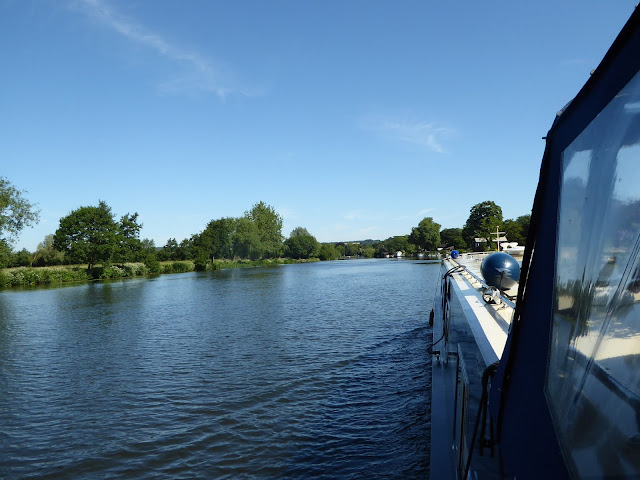 I love this reach 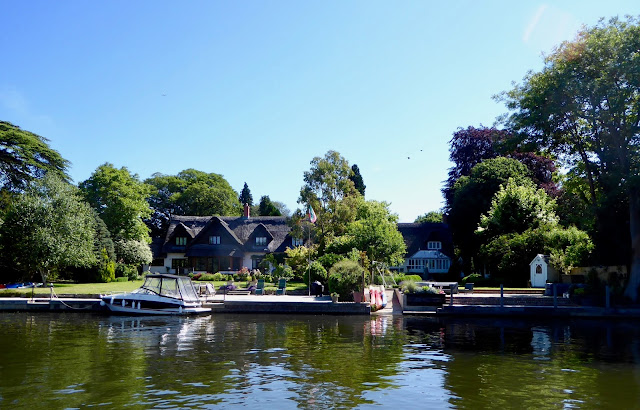 with lots of different styles of property especially these thatched houses 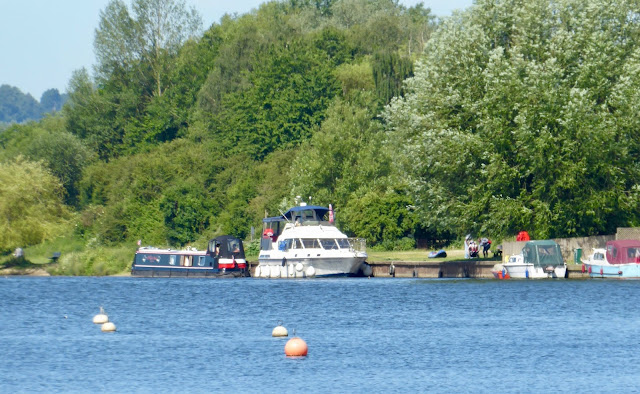 There's Bourne End moorings and look there's a space behind the cruiser big enough for us.  About an hour after mooring up with the Tesco delivery ordered the cruiser and the narrowboat left and we pulled forwards into the narrowboat's space. 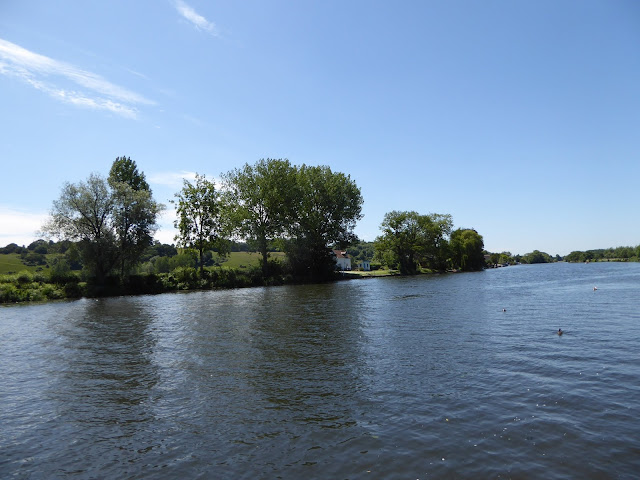 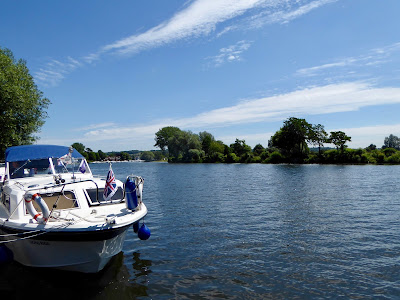 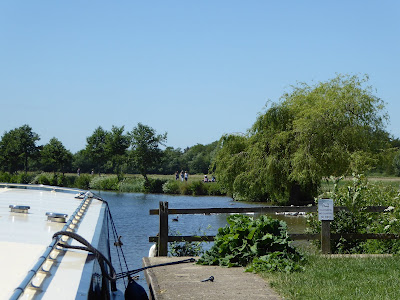 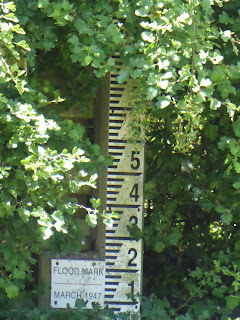 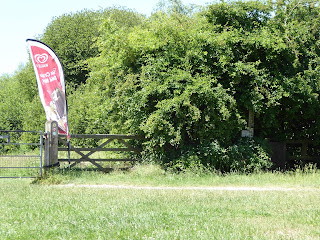 I noticed something in hedge and when I looked closer saw that it was a flood level indicator at least 8mtrs away from the river. 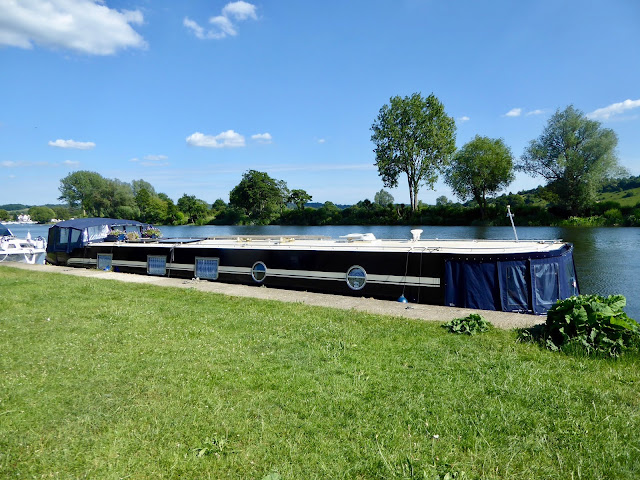 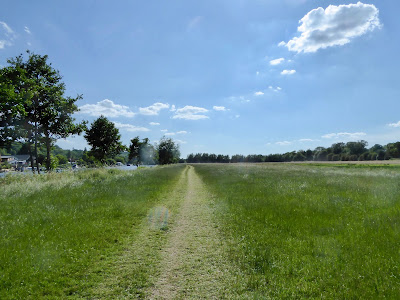 alongside the river over the meadows 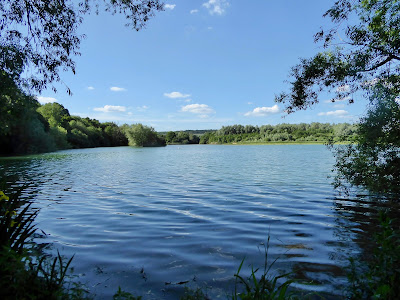 ... and turned right towards the lake 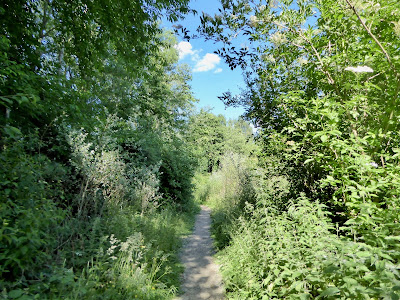 ... along the narrow path 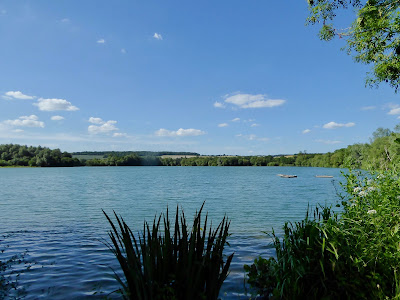 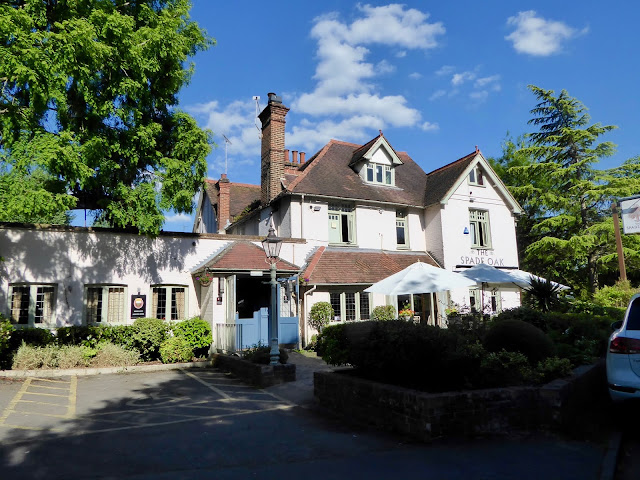 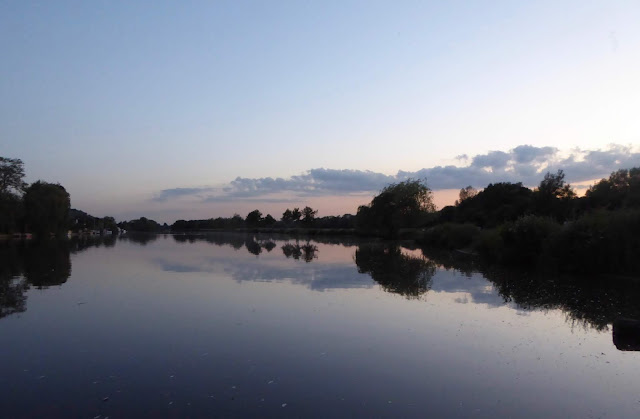 Need to stop looking at your blog ... it's become a form of torture !!

We are still very much 'static' at Kingfisher on the GU. Your pics are wonderful, especially the last few posts, places we love and know so well. Clivedon is looking as stunning as ever, and Boulters lock restaurant really needs us to be moored up in front to complete the scene :)

Becoming a little desperate to pull the ropes and head south.

In the mean time your photography skills help feed our obsession.

Really hope to see you both soonish.