Anyone good at tree recognition?

After a very warm night Thursday (31st May) dawned cloudy and humid, luckily the thunder storms didn't appear.  We have been really luck here on the eastern end of the non-tidal Thames having had only one thunder/lightening storm and that was during the night a week or so ago although we did have some rain during last night here at Kingston. 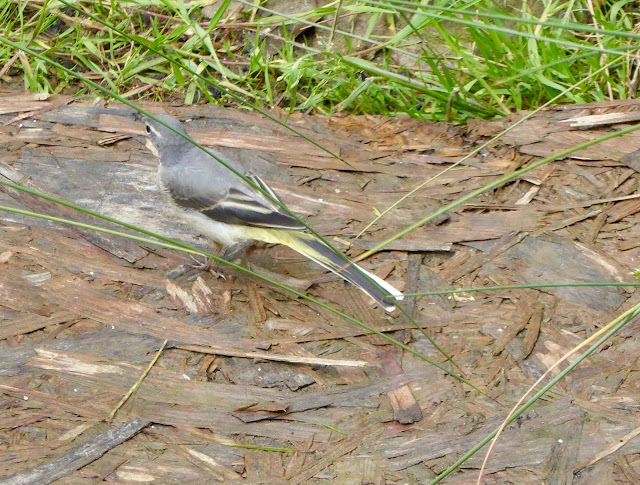 This female grey Wagtail came down to the towpath a couple of times for a drink in the puddles caused by passing boats and a very low cill.

Late morning we went for a short walk ... 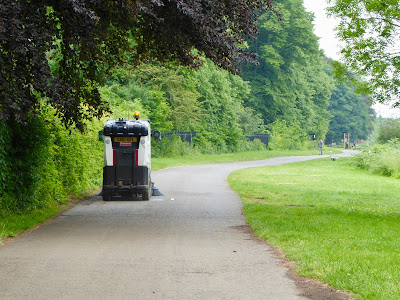 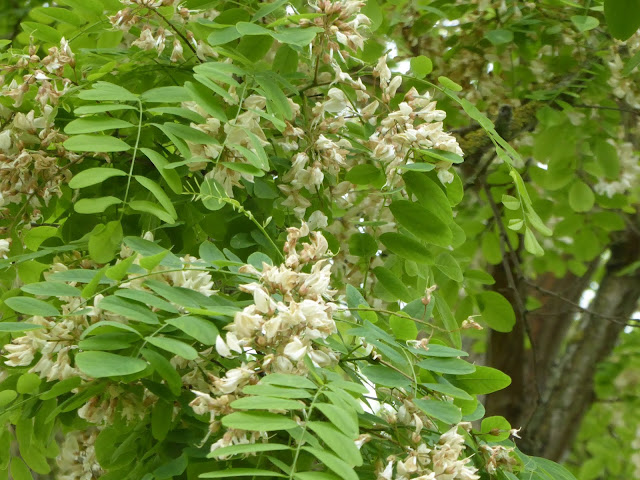 Can anyone help me with these trees please? 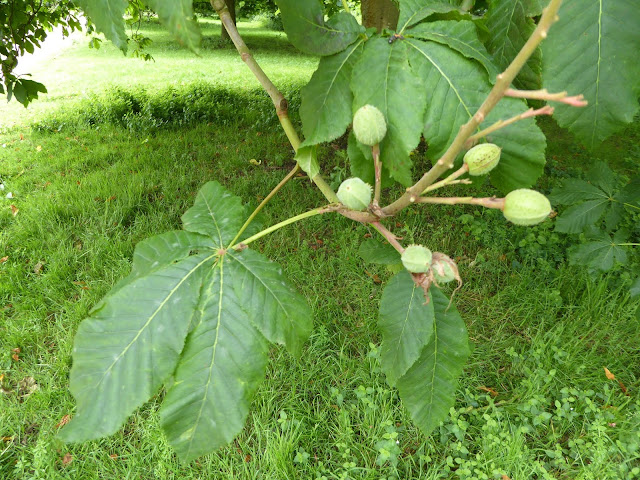 I think this is a chestnut but think it's too early for the fruits to be forming, could it be a chestnut that can eaten as opposed to the chestnut/conker? 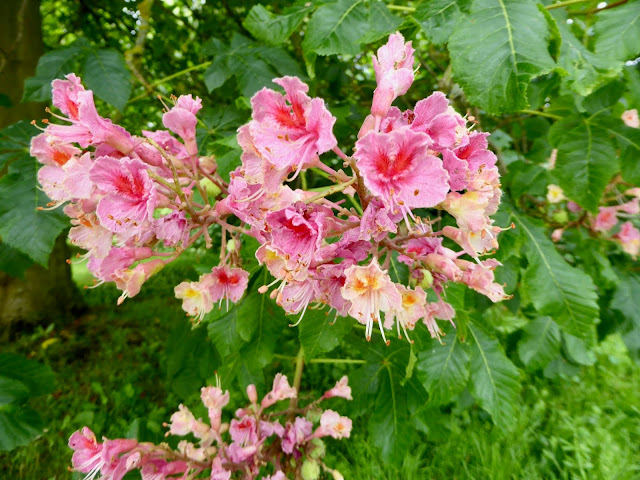 Similar to a rhododendron flower but much smaller ?? 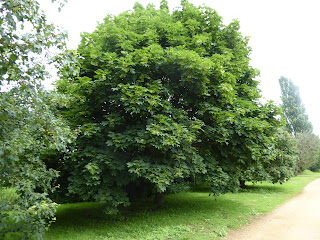 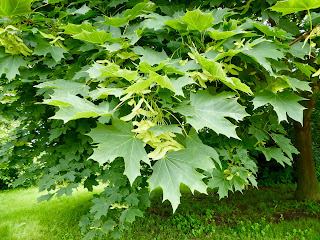 I know this one!  It's a Sycamore! 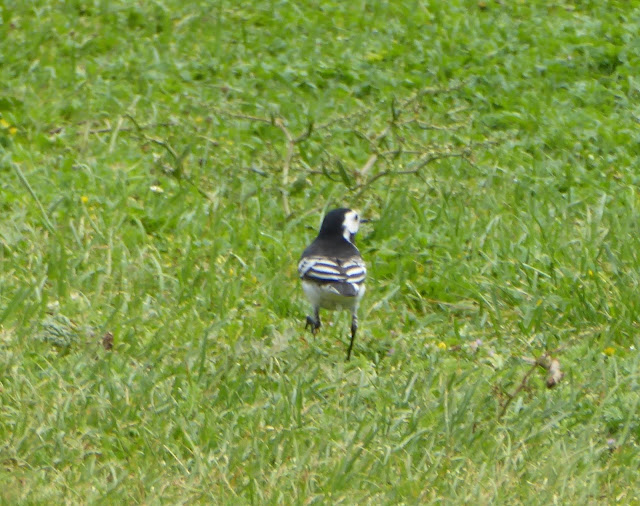 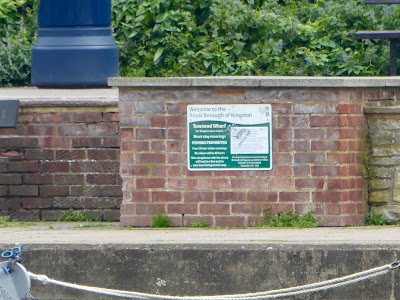 Ooh, 24 hour moorings over there, we'll remember that! 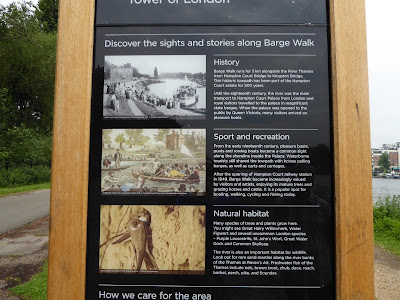 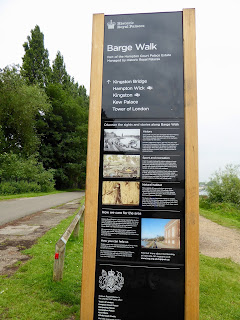 Barge Walk is 5km long and runs from Hampton Court Palace to Kingston Bridge and has been used as a towpath for barges, crews and passengers for 500 years.

After returning to Still Rockin' we sat on the deck people watching ... it's a few minutes to midday 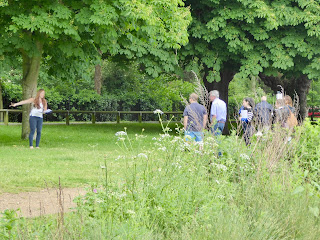 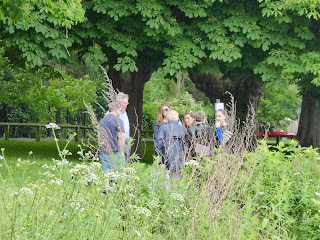 When I see a group like this I think, council and planning dept 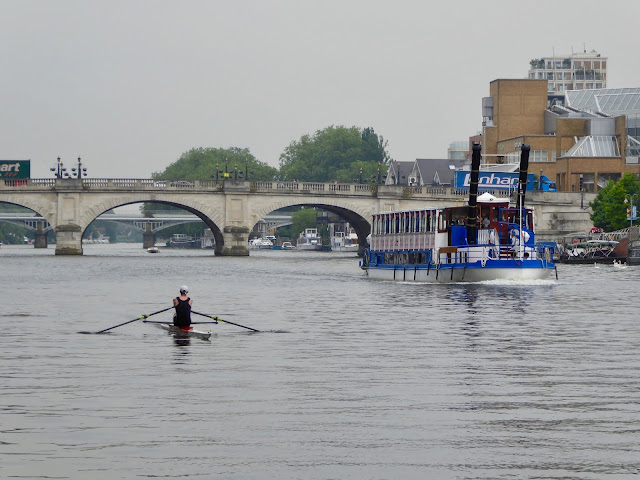 If you're not messing about on the river yourself it's nearly as good watching others doing it! 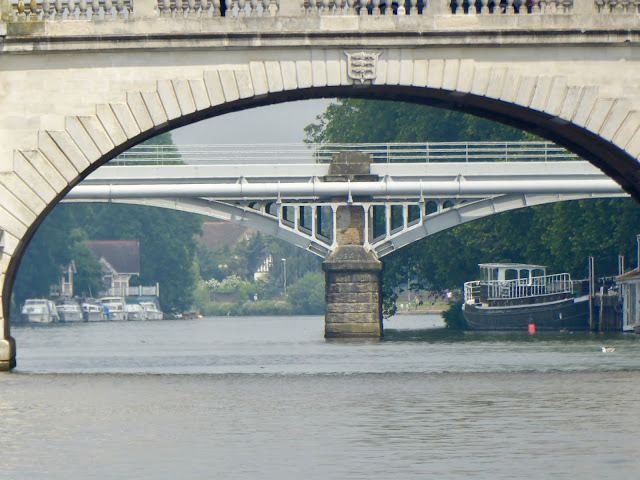 Teddington and the tidal Thames that way. 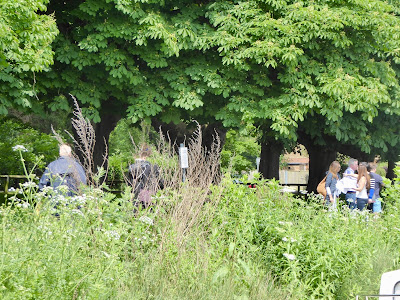 20 minutes on and they're still talking, measuring and pointing. 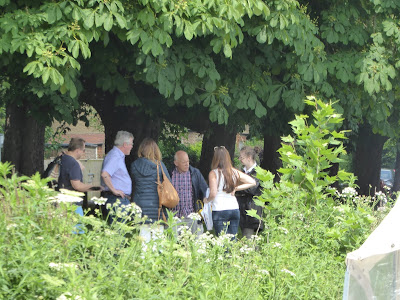 I asked the chap on the left in the picture above who was in charge of the measuring tape what was going on.  He told me that they were planning the stalls etc for the Kingston Regatta sometime in July, but that there were too many women and not enough decision making! 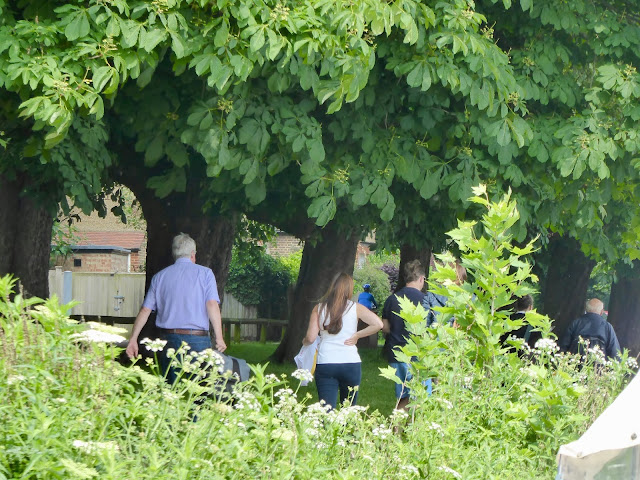 45 minutes after arrival they're leaving and I wonder if they've resolved their planning dilemma?
Posted by Carol at 18:48

The pink one I believe is a sweet chestnut. The husks around their chestnuts tend to be more hairy than spiky.
Pip

Thanks for that Pip.