An early start to Kingston ... 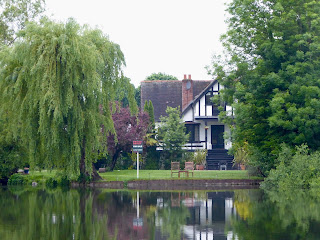 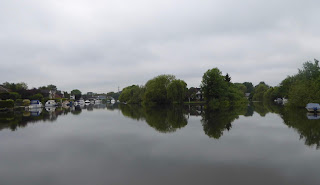 It was 20 past 7 (Wed 30th) when I took these pictures of the eastern end of Pharaoh's Island at Shepperton and was surprised to see the house for sale. The island was given by the Treasury to Admiral Nelson in 1798 after the Battle of the Nile and the house name is Sphinx.  It can be yours for a cool £2.25m. Click here for details.  I've often thought that this would be my second choice of where to live on the river, if I could ever afford it! 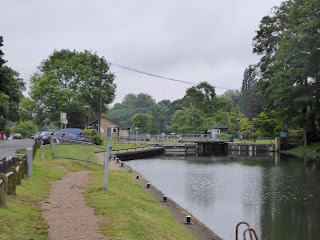 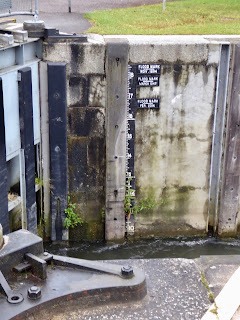 I walked down to Shepperton Lock where I noticed the 'flood chart' - in 1894 the river rose over 18' above its 'normal' level.  I would imagine that things have changed greatly now with the automated sluices and weirs in operation, although in 2014 it rose nearly to nearly 17'! 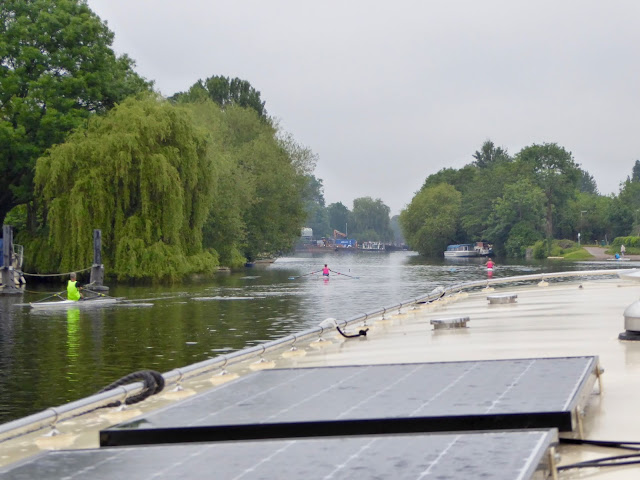 Rowers were out and about even at that early hour 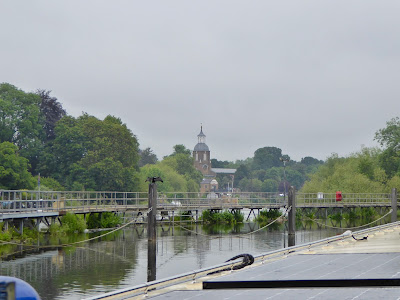 Passing Sunbury Weir on our way to the lock which was still on self service.  There was a boat on its way out and I opened the gates for him to leave and was lucky that another boat was waiting to come in so it wasn't me who needed to open the top gates.  A good life this! 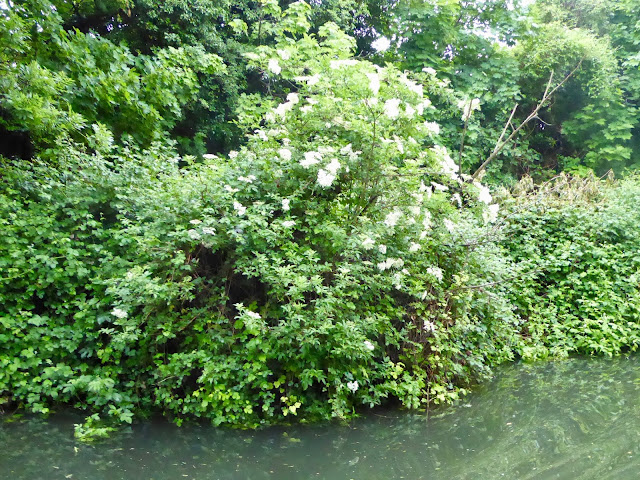 The Elderberry is in full bloom and smells heavenly 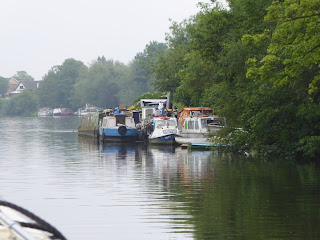 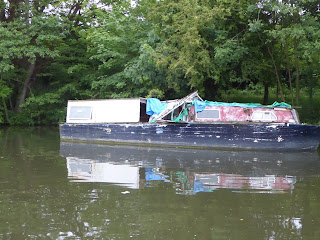 There are still lots of derelict/unlicensed/abandoned/illegally moored boats on the offside of the river.  It is becoming a big problem for the Environment Agency and private landowners. 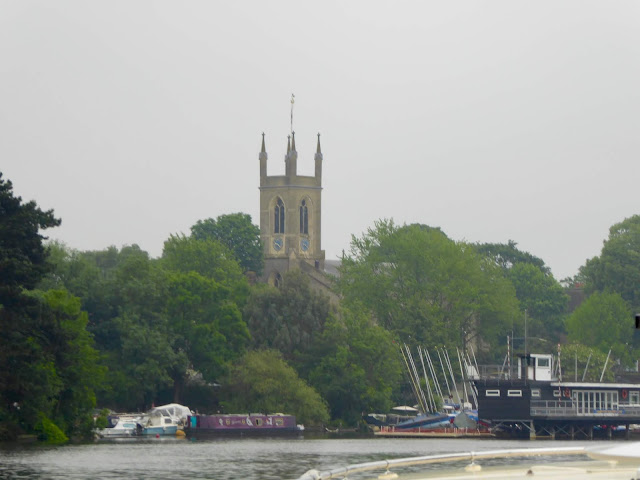 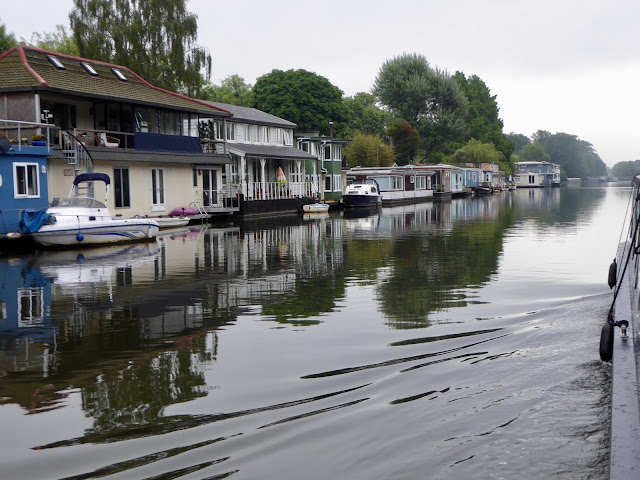 ... along the row of house boats moored on Ash Island 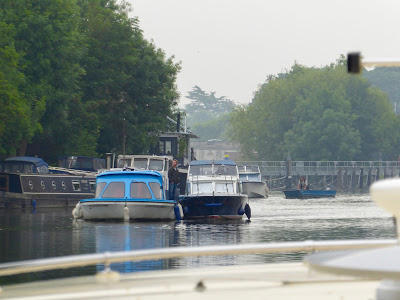 ... from where I can see a boat moving a small cruiser and am hoping that they're not on their way to swell the numbers of boats mentioned above. 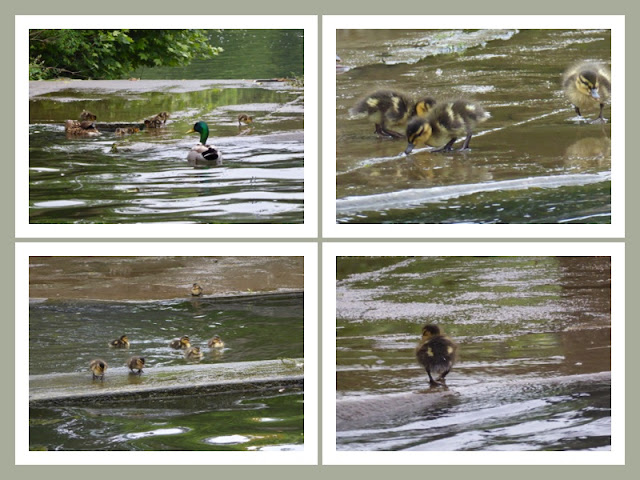 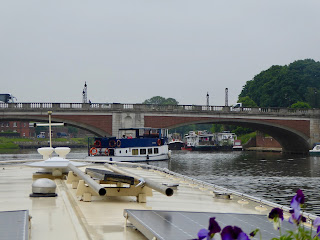 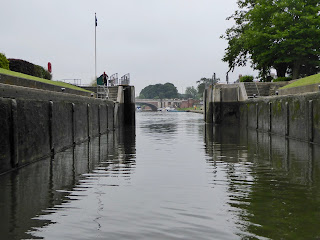 And out we go, under Hampton Court Bridge 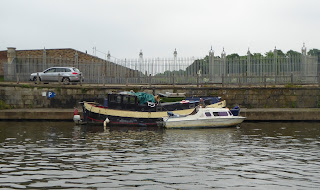 where there are more delapidated boats moored 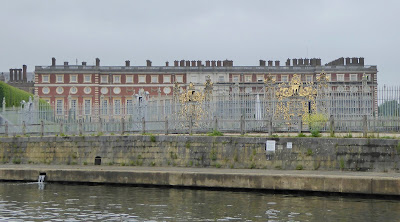 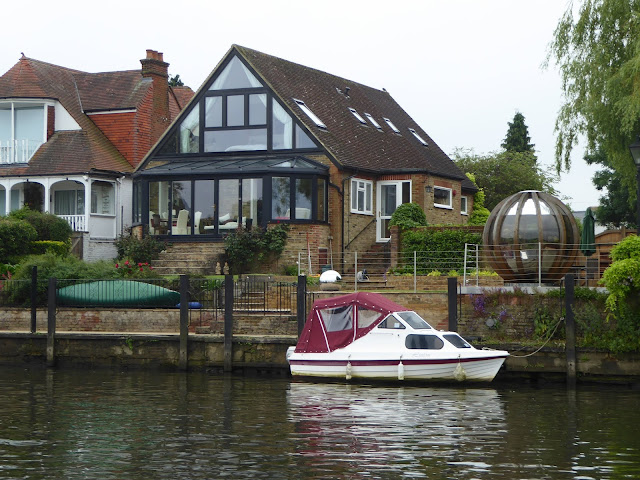 I wonder how often the occupants of this house sit in their bed to look out over the Thames? Not very often I shouldn't think because boaters and walkers can see straight into the bedroom too.  Nice little 'pod' in the garden though. 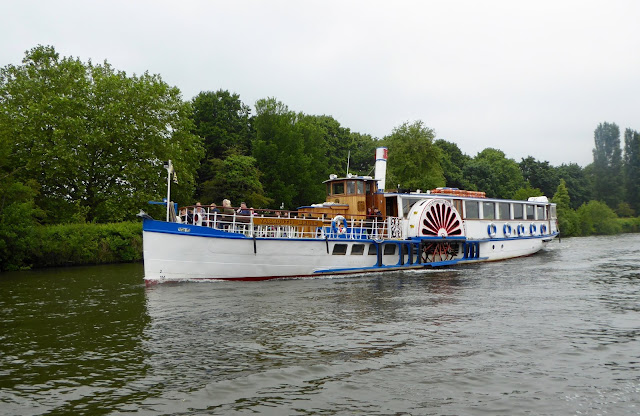 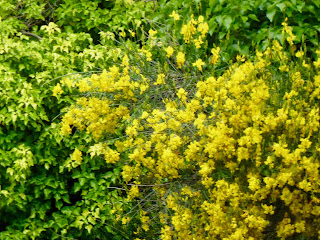 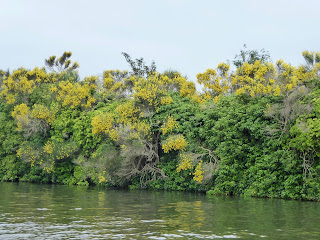 with banks of bright yellow gorse lining the bank 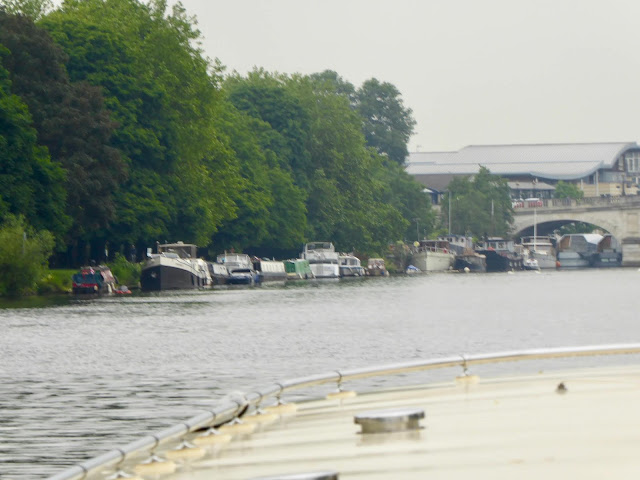 Kingston ... our destination, we can just get in the gap between the small narrowboat on the left and the dutch barge. 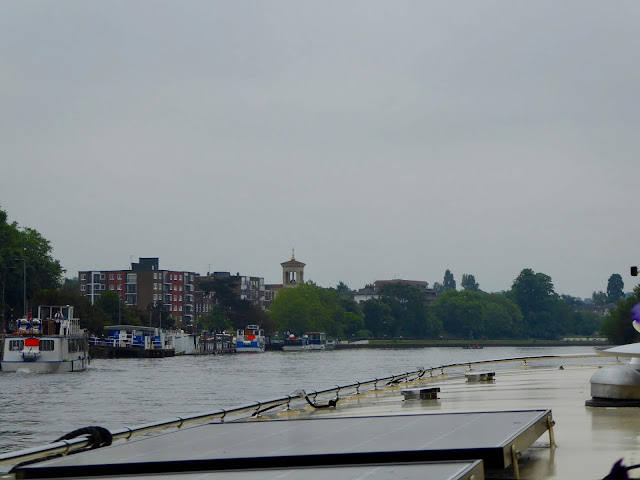 It's been a very cloudy dull day 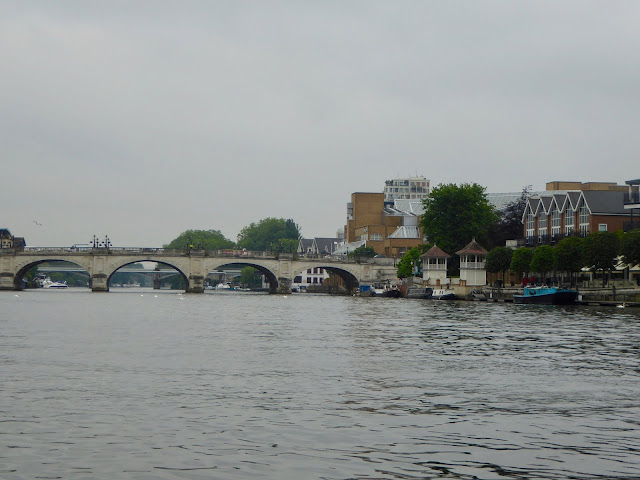 with no sunshine at all 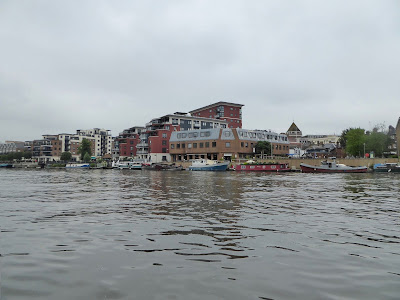 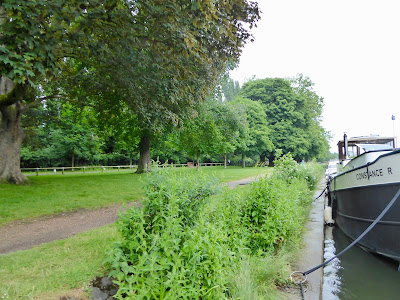 but the views from the visitor moorings 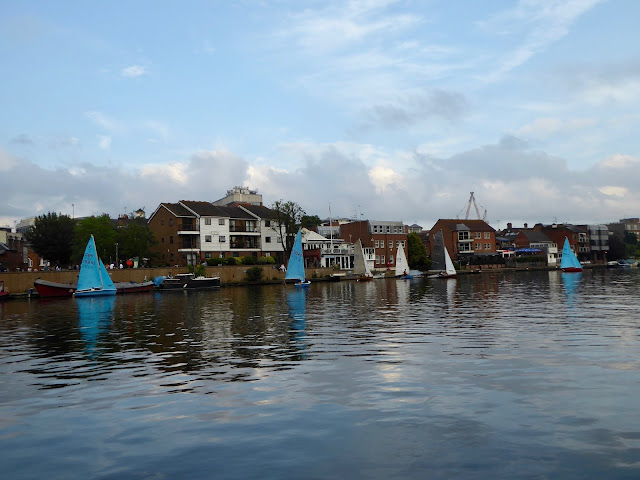 Late afternoon and the sailing boats come out 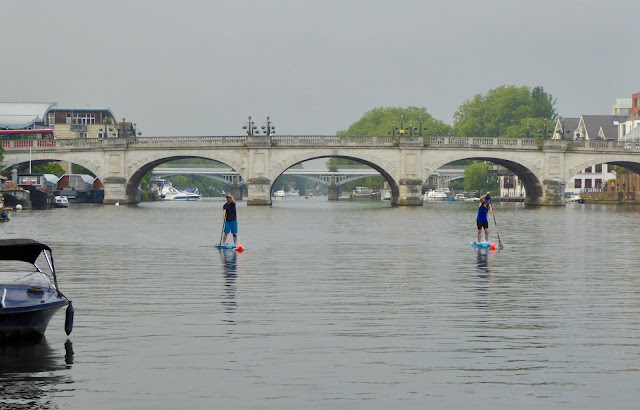 ... and the paddle boarders too.

A good day!
We do like it here at Kingston, there's always plenty going on along Barge Walk and on the opposite side of the river where the restaurants are.   It's a busy town and always people about, and there are shops too!
Posted by Carol at 14:58