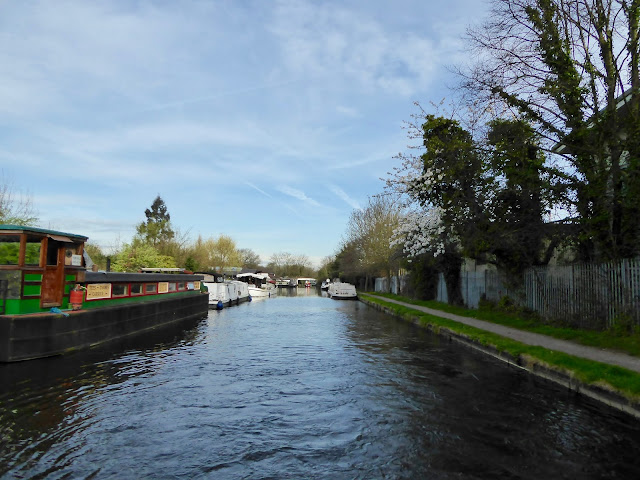 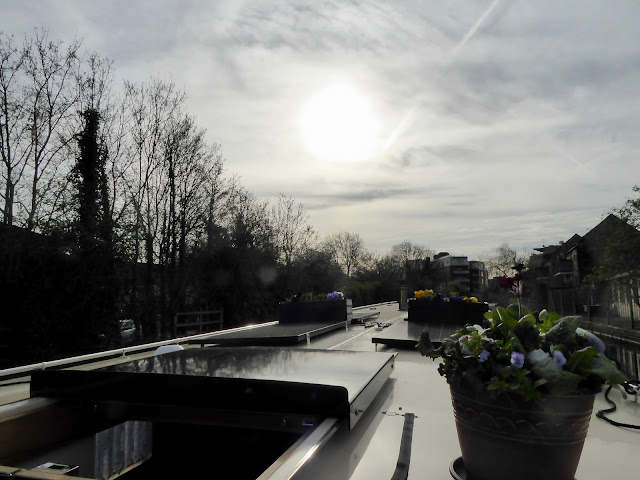 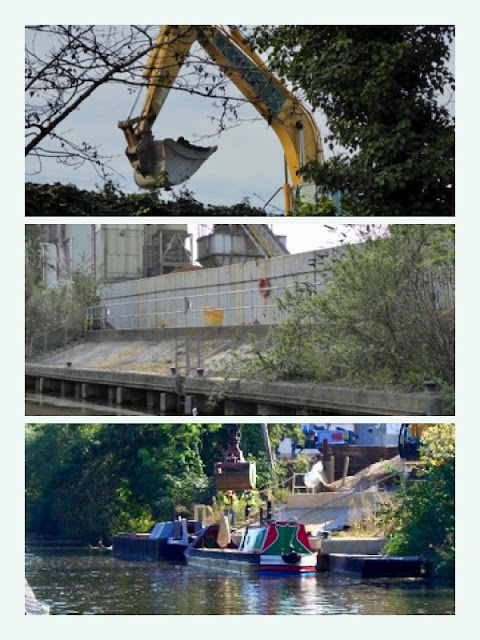 9:45 and we're approaching what used to be the loading dock for Hanson's gravel. I took the bottom picture on September 25th 2009 when the 'digger' was loading onto a gravel boat to transport on the canal but today it's all change, all gone and the dock cordoned off. 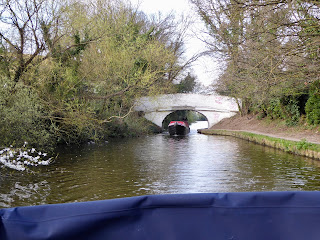 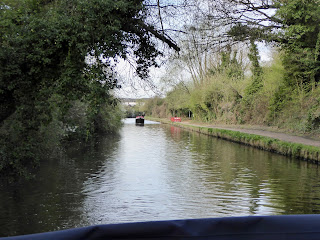 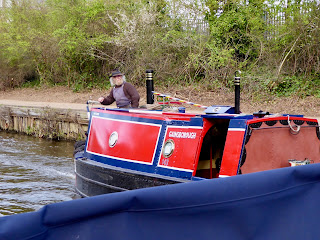 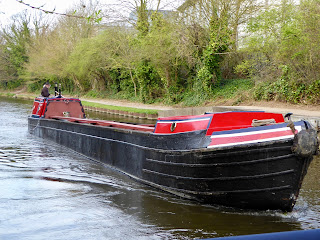 Old working boat Gainsborough following, catching, and passing us by as we approach 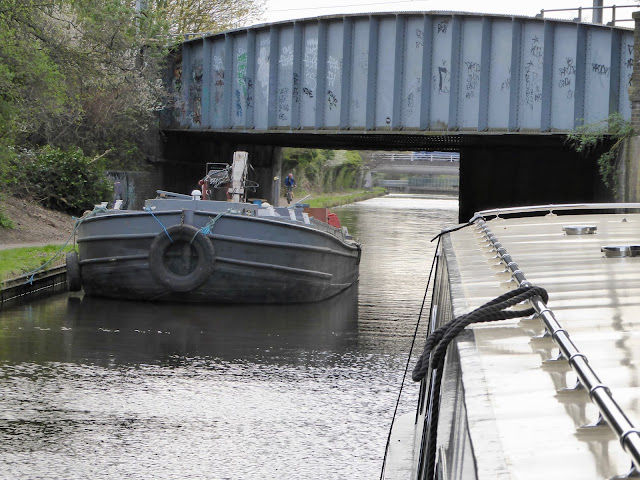 ... the Great Western Main Line railway bridge in front of which this huge hopper has been moored far too close.  As you can see this is actually two bridges the second (further) of the two is much narrower causing George to make a tight left-hand swerve as we pass by. 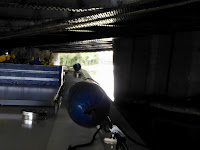 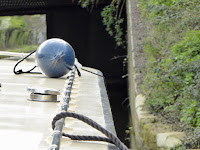 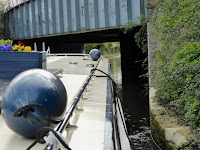 ... a bit tight but safely passed 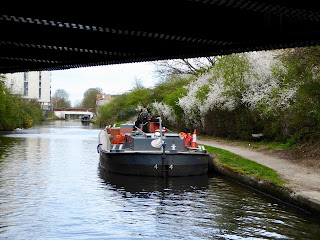 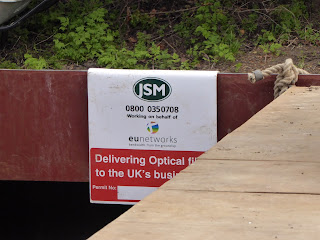 ... must belong to the same company laying the cables along the Grand Union Canal further north. 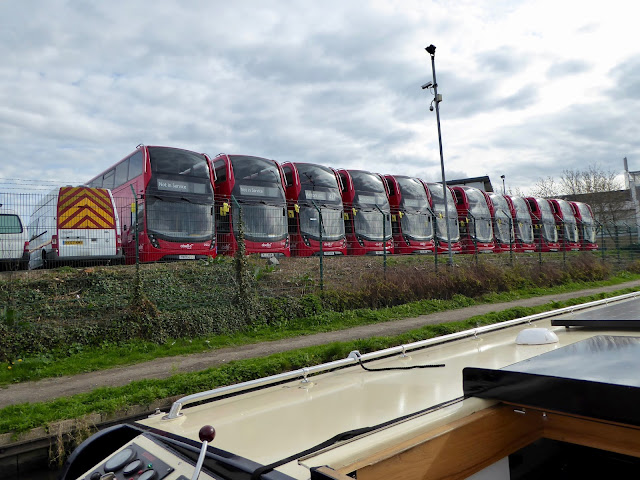 You wait for one which never comes and then 12 come all at once! 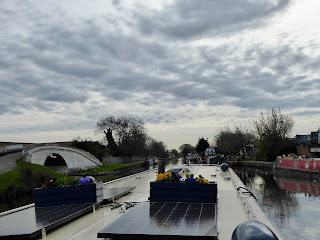 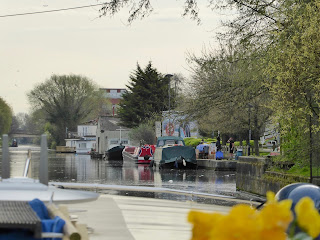 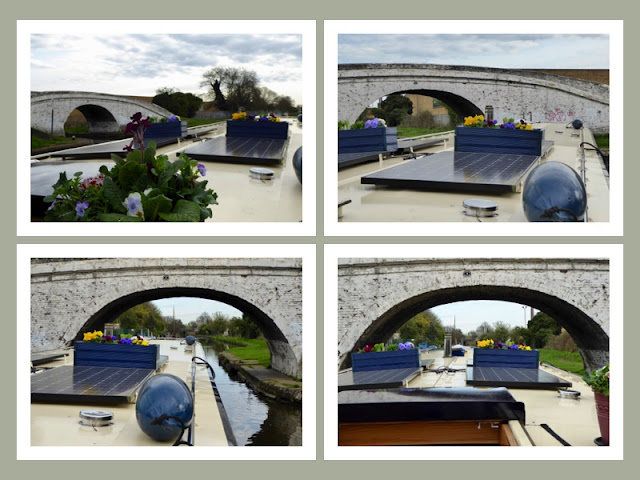 George lining up Still Rockin', making a perfect turn onto the Paddington Arm of the Grand Union Canal ~ I'm sure you've guessed by now where we're heading. 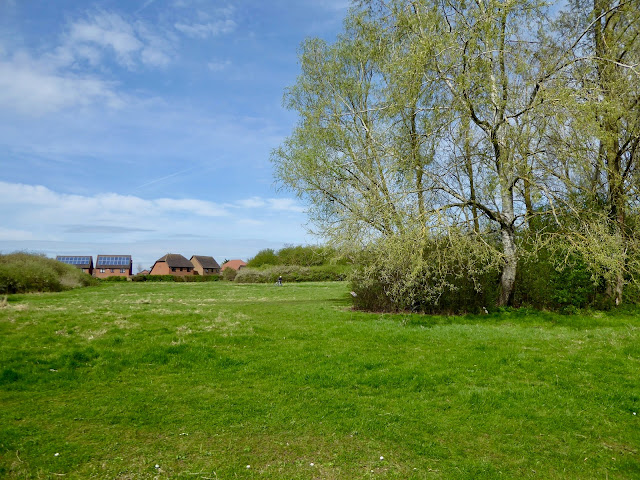 By midday we're moored up near Willow Tree Marina 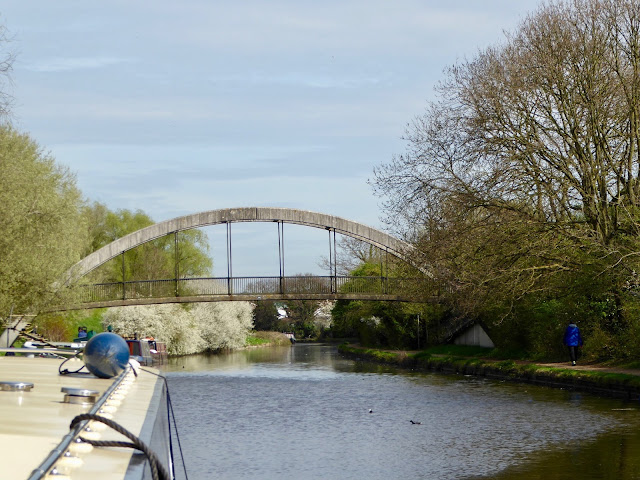 ... and these two photo's show it at it's best because on the right (towpath side) are factories, behind us is a what looks like an abandoned small cruiser piled high with 'stuff' and the rubbish in the water is not nice at all but we've moored here several times in the past and there are other boats moored in front of us.  We'll be ok.
Posted by Carol at 08:39