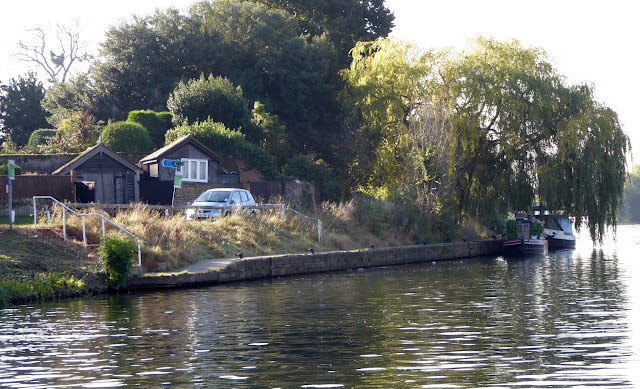 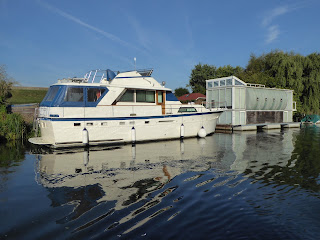 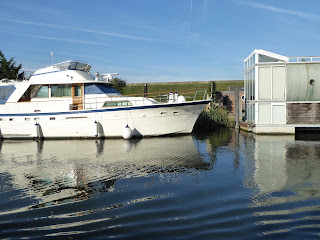 Huge cruiser, nearly the same height as the houseboat next door! 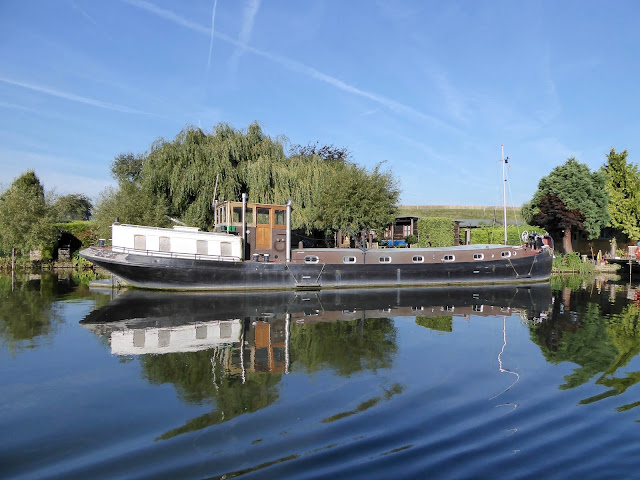 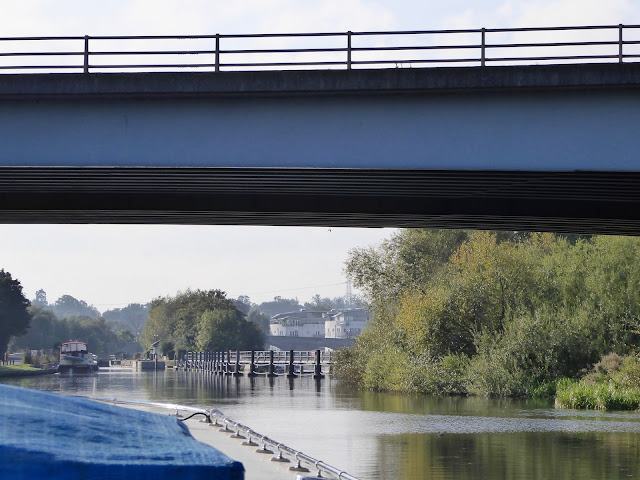 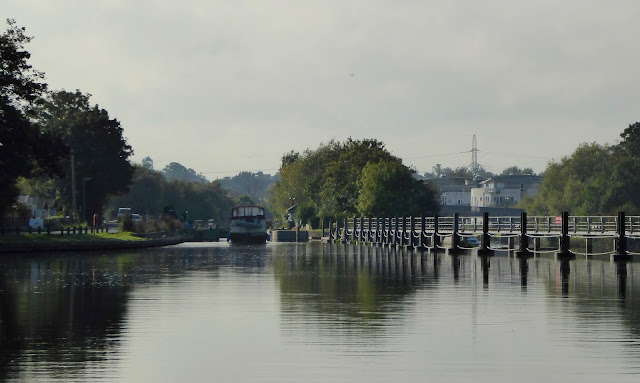 … and into Chertsey Lock where we winded into the weir stream to the water point ... 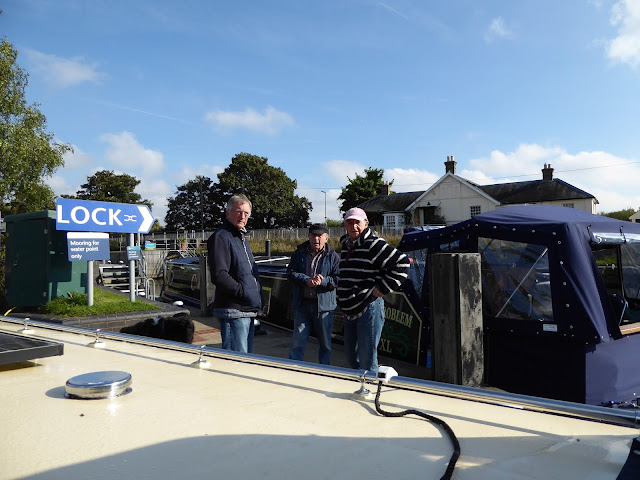 Well!  Fancy meeting you here.  Vic and Sue came from the opposite direction heading for Staines 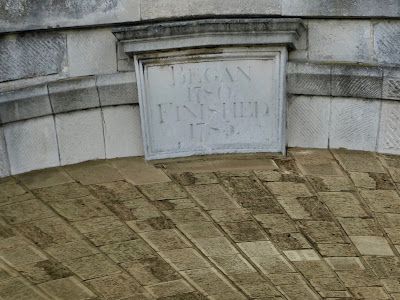 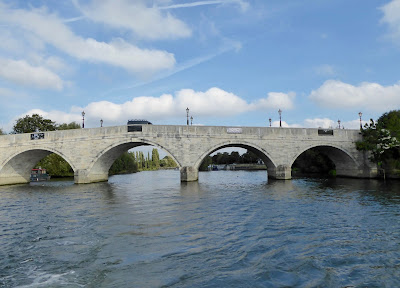 The first bridge on the site was built some time after 1299 as in that year the king and his family were carried over the river by a ferry-woman called Sibille. The first reference to a bridge at Chertsey is in 1530, then a "goodly Bridg of Timber newly repaird. By 1580 it was dilapidated and the Crown, who had acquired responsibility from Chertsey Abbey, was trying to find someone on whom they could pin the bill for repairs. The documents record the dimensions as "210 feet in length and 15 feet in breadth". In 1632 the bridge, which was slanted upwards from Middlesex to Surrey, was described as like the work of a left-handed man. The slant was more annoying to navigation and passage was reported in 1774 to be very inconvenient and dangerous.[ 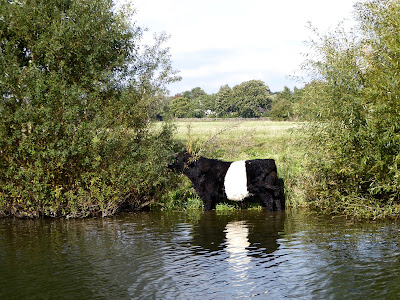 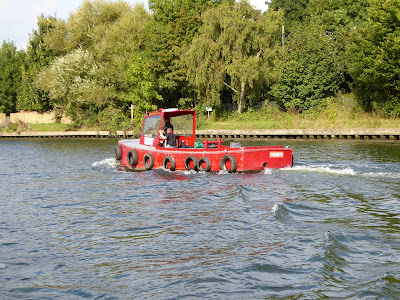 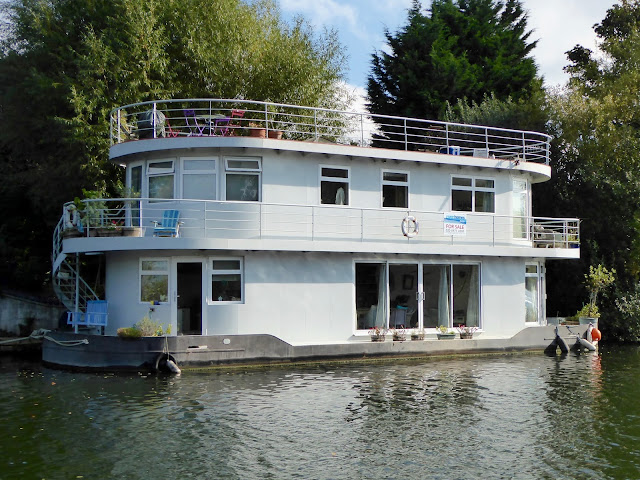 Houseboat Le Bateau Maman is for sale, the floor plan look very nice and could be yours for £400,000 but is doesn’t say whether the residential mooring is included. 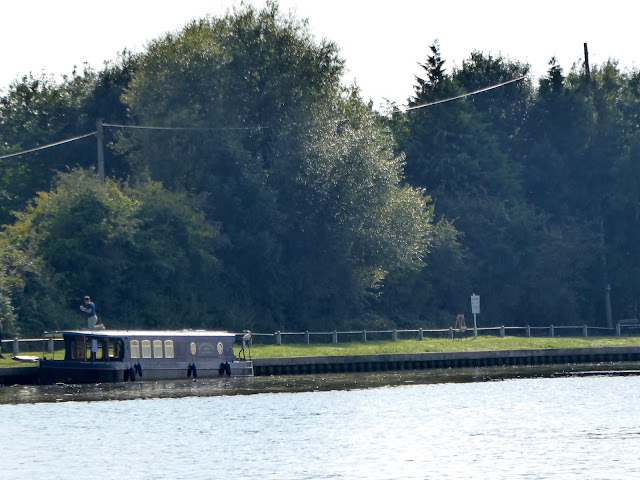 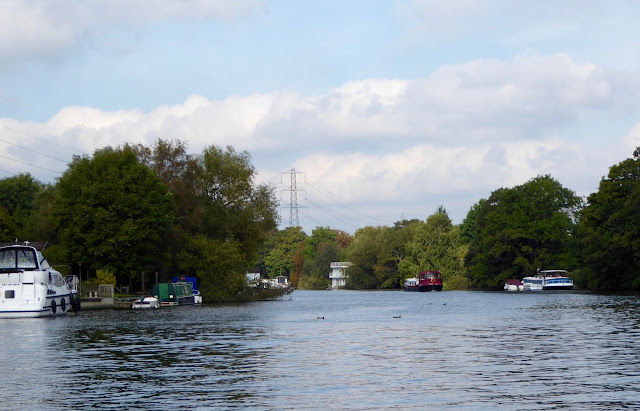 … and good views too! 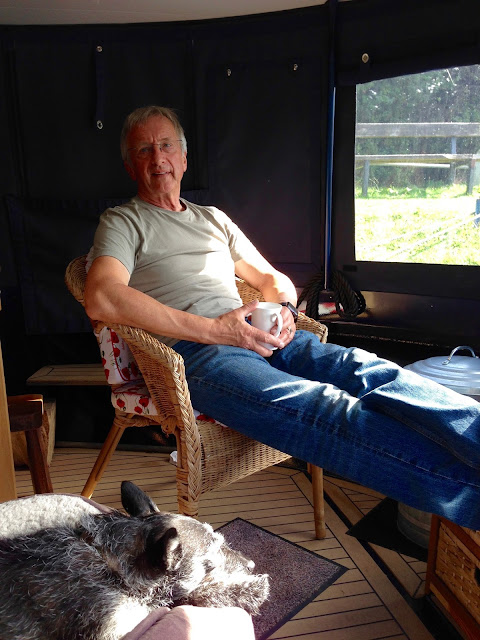 Time to relax with a cuppa before visitors arrive 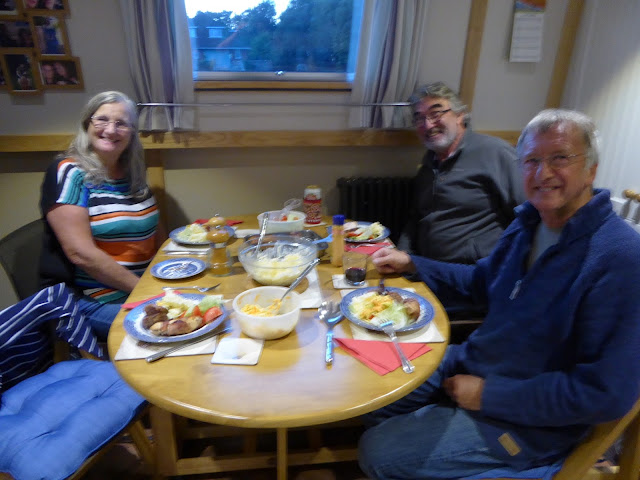 Good company and lovely food made a great evening.  Tasty salads prepared by Diane’s fair hand (some also ended up on her own plate!) and bbq’d meat expertly cooked by George as usual.
Posted by Carol at 08:35