… let’s do a Tesco order for delivery to the visitor moorings round the corner here at Runnymede. So Sue (NPXL) and I decided on a time for delivery yesterday.  Sue and Vic took NP round to the moorings at about 9:15 to collect both lots of shopping between 10 -11am.  But like a lot of plans, they don’t always go as planned!
… I had a call from Mr Tesco at 9:50 to say he was at the ‘alley-way’ and I told him that the boat was moored and that Sue was waiting
… Then I got a call from Sue to say she’d seen the van but not the man!
… George then had a call from the man to say he can’t find the boat but after explanation he saw NP … he was at the ‘other’ alley-way about 500 yards further along!
… Another call from Sue to say that my order had been received but not hers, she would wait!
… 10:50 Sue calls to say she’s now on her way back... 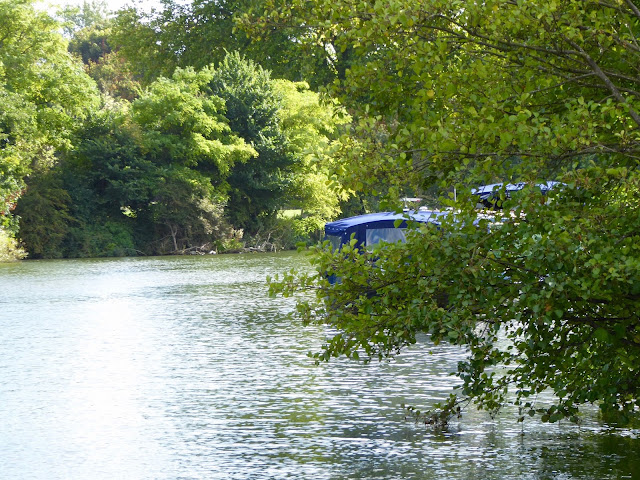 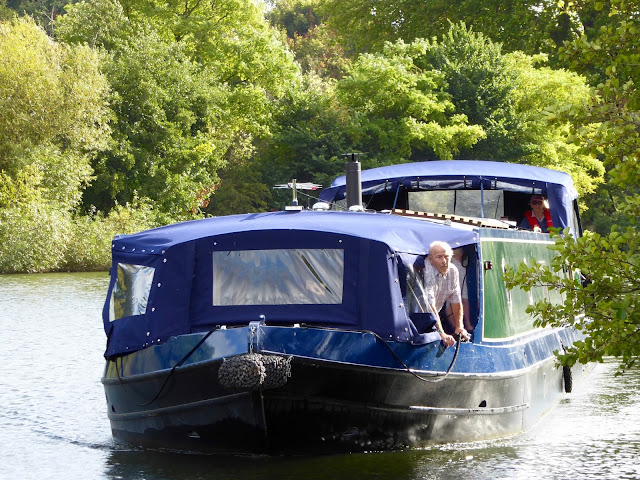 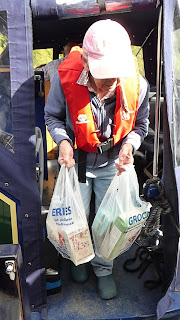 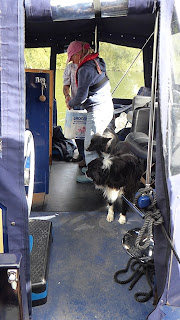 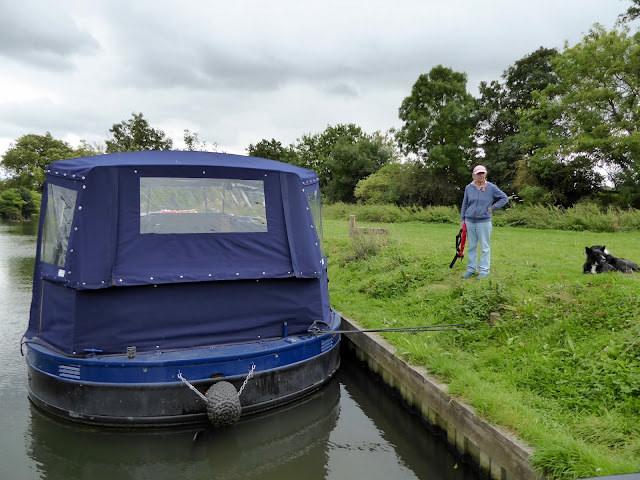 Job done! ...
… except that Tesco on-line groceries were apparently having problems when customers ‘added’ items to their orders as the orders were not actually updating and so items were not delivered (or charged for). So now Sue needs to place an order for a Tesco delivery to the same place, same time on Monday hopefully with a rather better outcome.
Posted by Carol at 08:53

Glad to know that your 'delivery girl' got the goods to you safely :)
I see Meg & Penny were making sure that their 'Bonios' stayed on NP-XL... ;) LOL