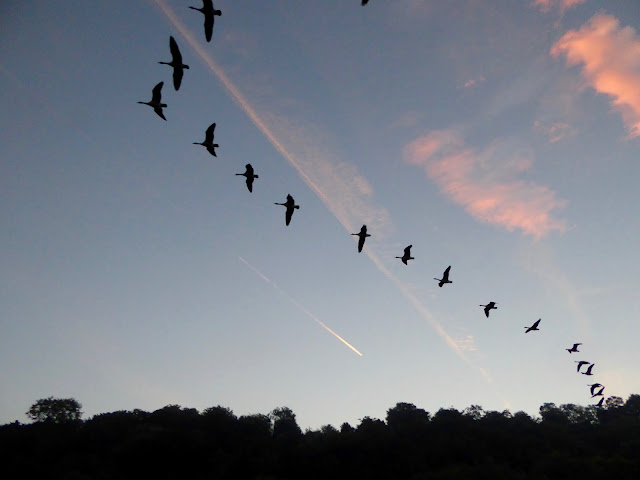 Half past six Wednesday morning - a lucky shot as I opened the kitchen window! 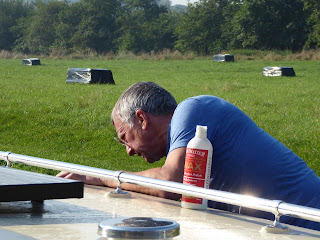 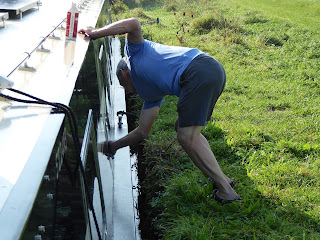 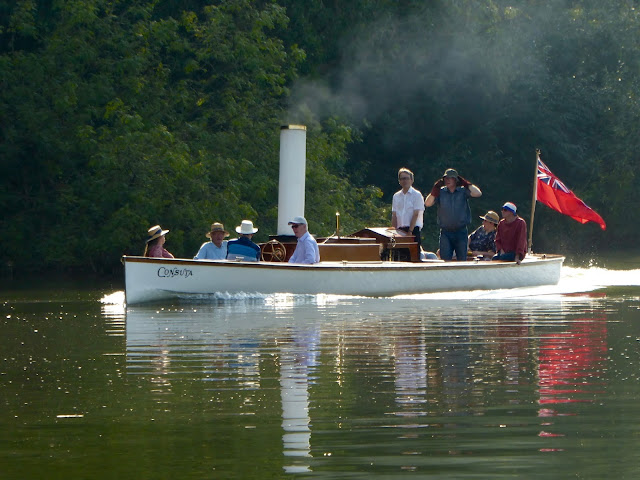 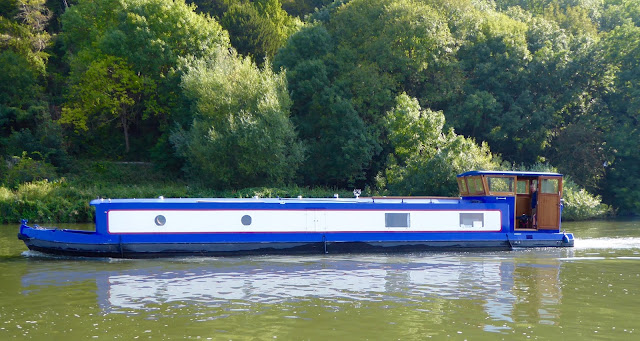 Paul with wb Newlands on his way to Goring to pick up his wife Carole from the station.  We’ll meet up properly sometime in the near future I hope! 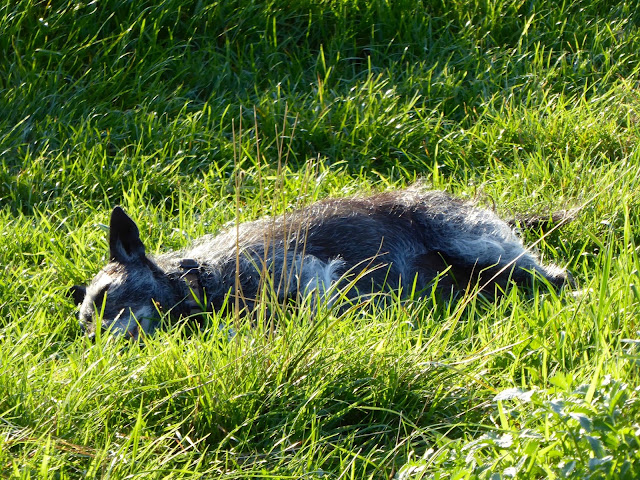 Molly playing dead - she’s absolutely loving being able to get on and off the boat by herself and lying in the hot sun in the cool grass!

Loving the sunshine with bbq at the ready! 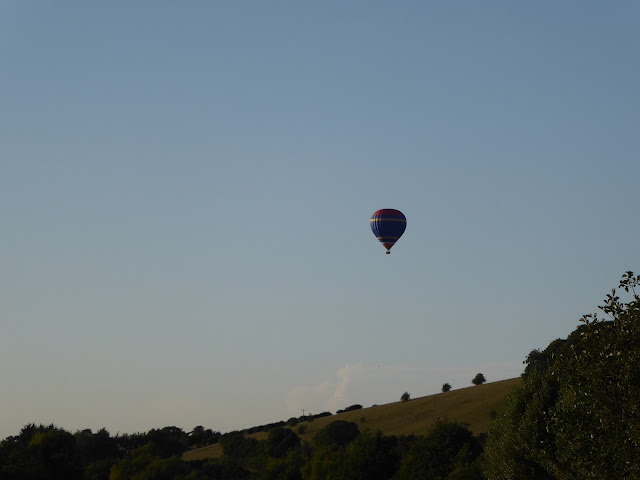 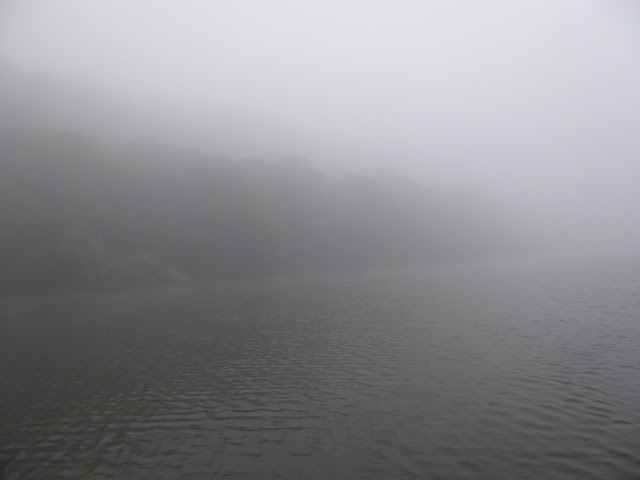 Yesterday morning ¼ past 7.
We turned Still Rockin’ after a cuppa in bed so that the ‘other’ side of her could be washed and waxed and whilst George did that I went blackberry picking and came back with 1½ kg of them for the freezer (looking forward to blackberry crumbles this winter). When the boat was all clean and shiny we turned her back to face downstream once again.  Now we can relax! 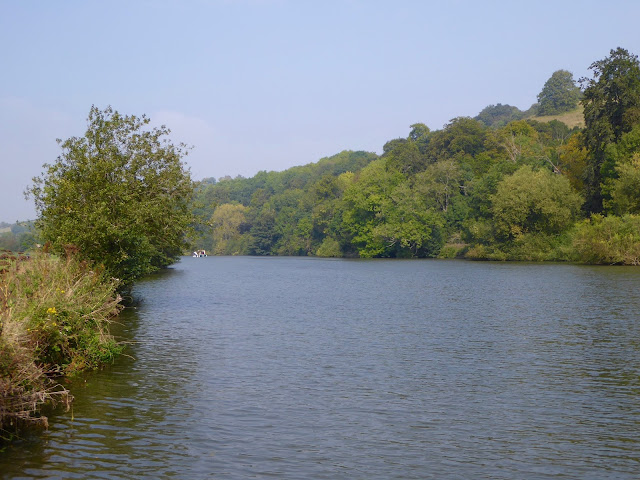 The mist didn’t fully burn off until lunch time! 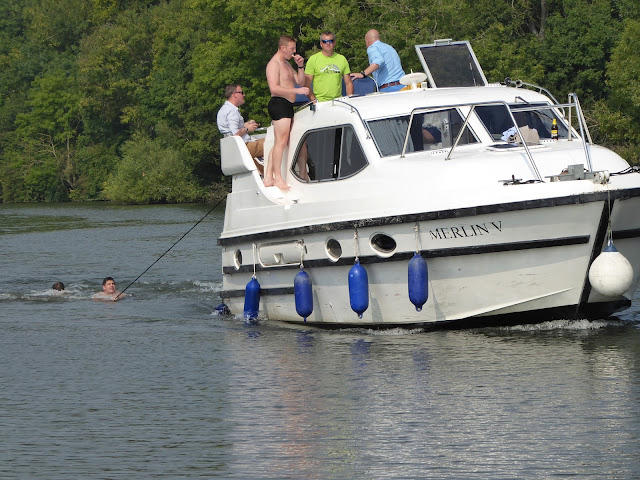 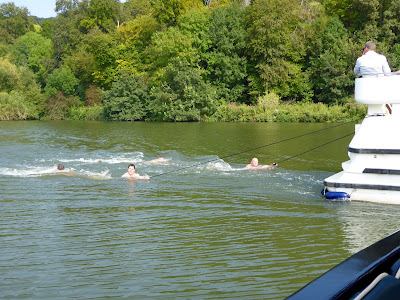 Cruiser Merlin V funded by The Nuffield Trust for the Forces of the Realm and based at Benson Marina. 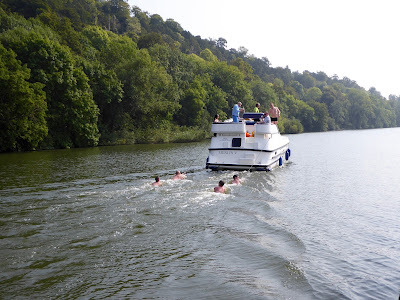 A bit idiotic we thought with that propellor just a few feet in front of the guys being pulled along the water!

We’d been told by a passing boater that there was to be a fly-past today about lunch time so with the camera ready I waited.  Bearing in mind that there was a milky sky I hoped that I would see the aircraft … if you look very closely you may see four dots …. that’s them! 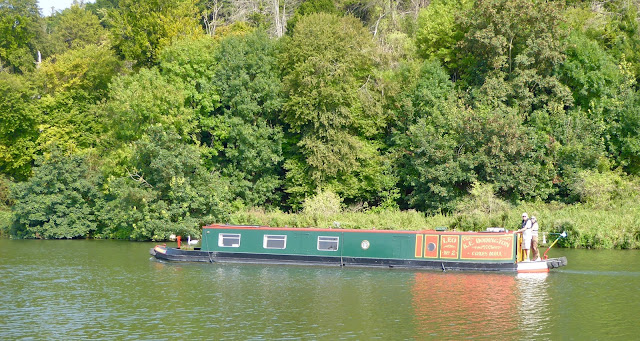 Good to see Leo No 2 out and about.
This boat used to belong to Kathryn Doddington from Stoke Bruerne whose fantastic blog photograph (taken by Neil) shows Leo ploughing through the tidal Thames in September 2011 while on a rehearsal for the Queen’s Diamond Jubilee at Blackfriars Bridge. 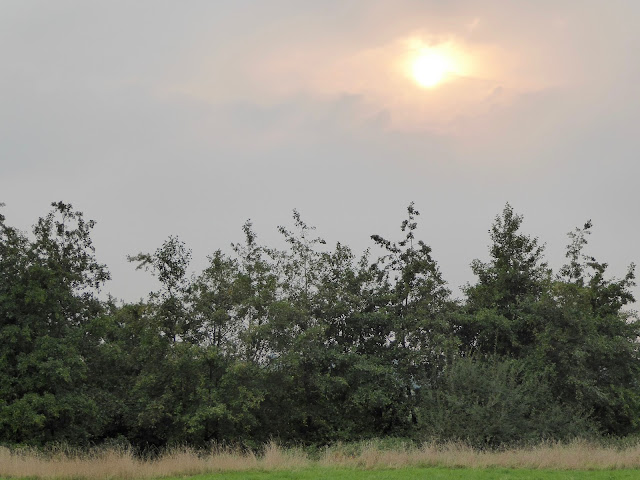 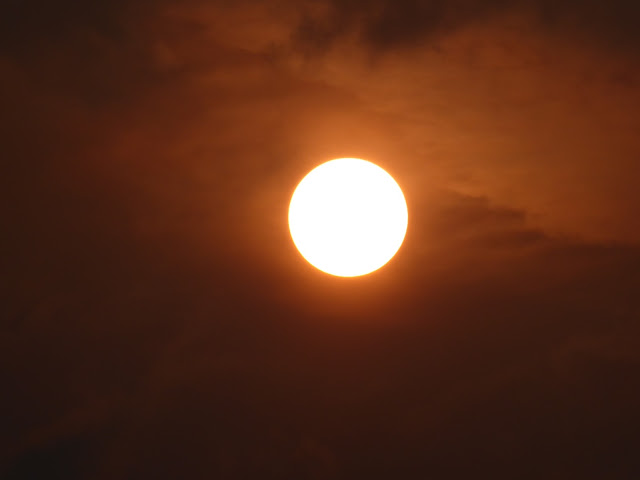 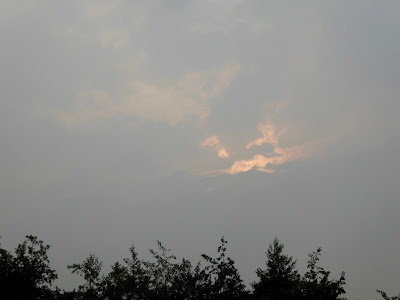 … and a few minutes later the clouds come in 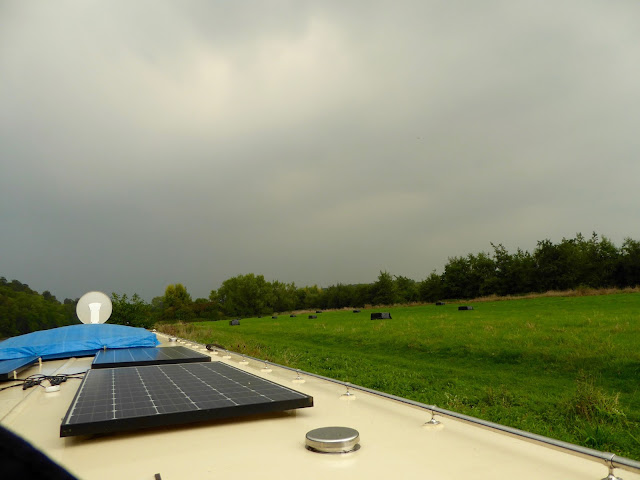 … and the sky darkens.  There are big storms forecast for tonight and through Friday morning.

Friday morning now and the storm came in earnest at 04:45 although it has been raining hard for several hours.  It was directly overhead and the thunder vibrated through Still Rockin’.  We removed the bung from the porthole to watch just as a sheet of lightning struck - it was like an extremely bright flash light that filled the porthole and room for a second ... we put the bung back in as I didn’t like that! It’s just 7 o’clock now and the rain is still very heavy but the thunder and lightening seems to have moved away.  I wonder if the river will be in flood for the next couple of days; our plan is to move off tomorrow … we shall see.
Posted by Carol at 07:13

Hi George n Carol, Just to let you know that we so read your blog regularly! We try to get to our boat at least once a month.

Hi C and G After this mornings deluge which has just resumed here I'm staying inside with the crossword. Wonderful opening picture with the geese-better than any flypast-who likes flies anyway.Be lucky-Mike

Thank you both! Glad you’re managing to get some cruising in. x

Thanks Mike, good to hear from you. x