A road trip to coastal waters

We’ve spent the last week in Largs on the west coast of Scotland with our daughter and family to celebrate their Silver Wedding Anniversary. 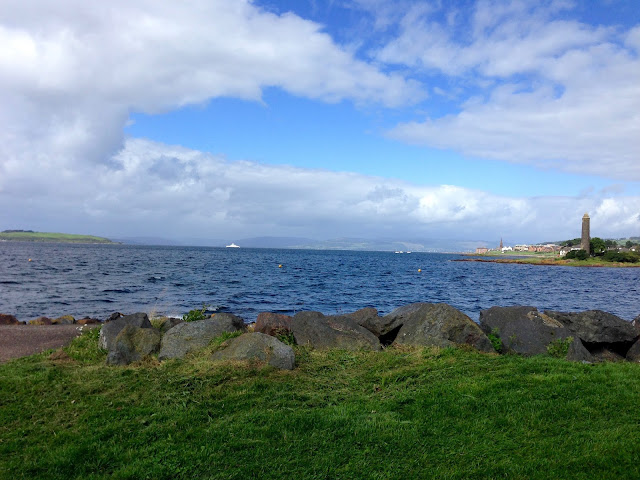 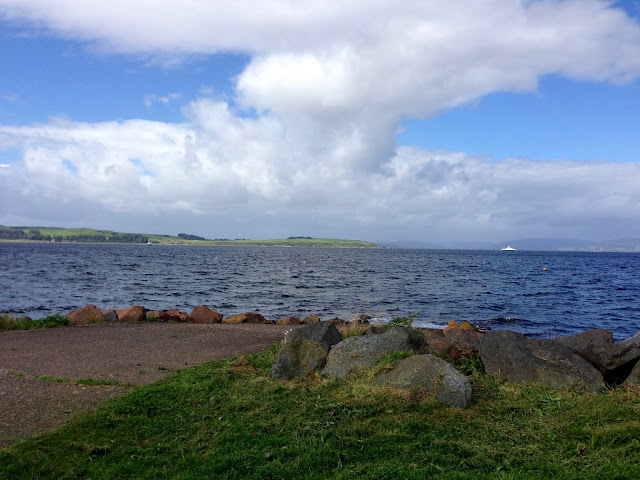 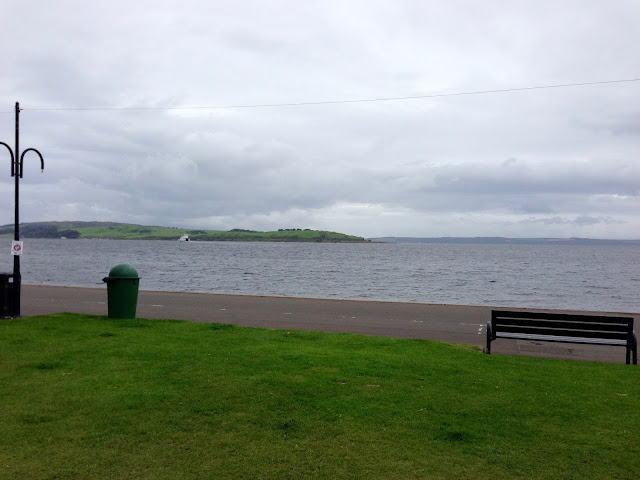 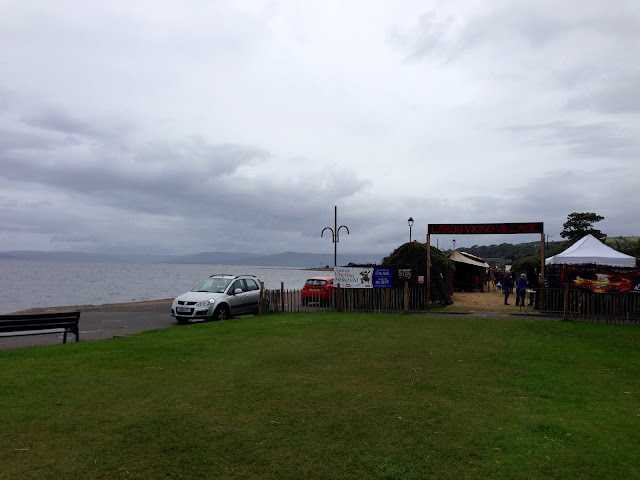 This week it was the annual celebration of the Battle of Largs which took place in 1263 and although the weather wasn’t what we’ve got used to in the south on the River Thames we did venture out to the Largs Viking Festival village on the sea front. 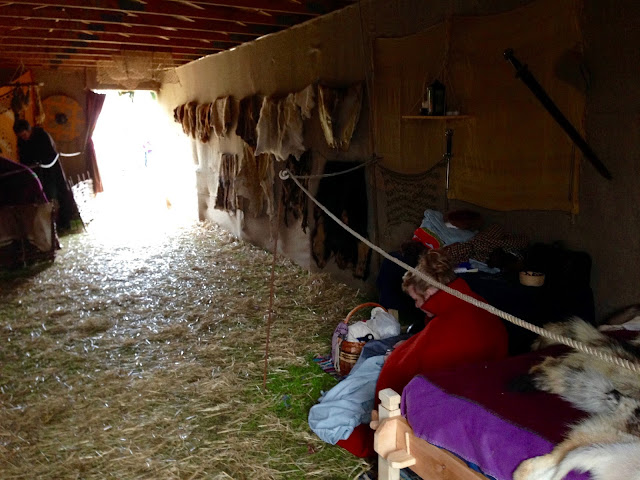 Inside one of the village huts, this one explaining what skins/furs were used for in the daily life of 13th century Largs folk. 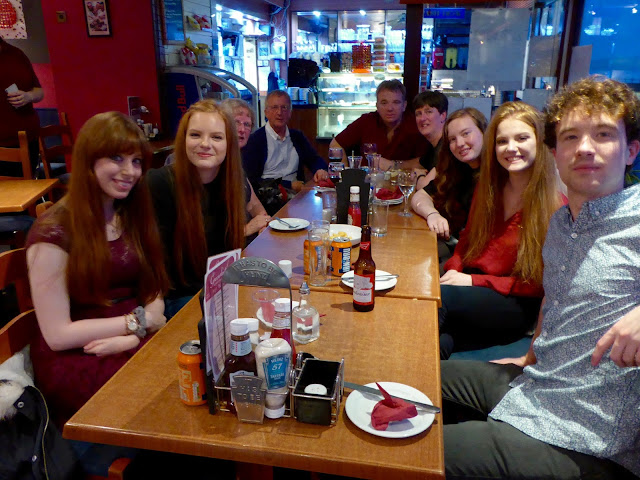 We managed a family dinner out too! Round the table from the left is ...
Emma (lovely girlfriend of Adam), Alice, me, George, son-in-law Joe and daughter Sharon, Louise, Joanne and Adam who has successfully raised the £36,000 needed to study at the New York Film Academy and flies out to New York on the 20th September for 12 months of intensive study!  We wish him well and know how much he’ll be missed by all the family. 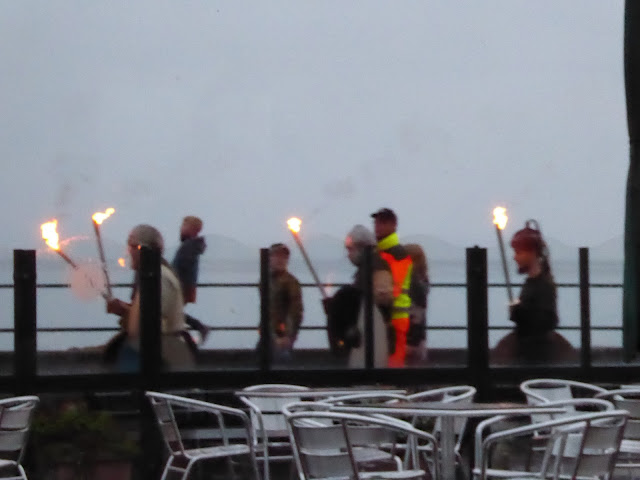 Taken through the restaurant window as the ‘Vikings’ take the fire to the battle site. 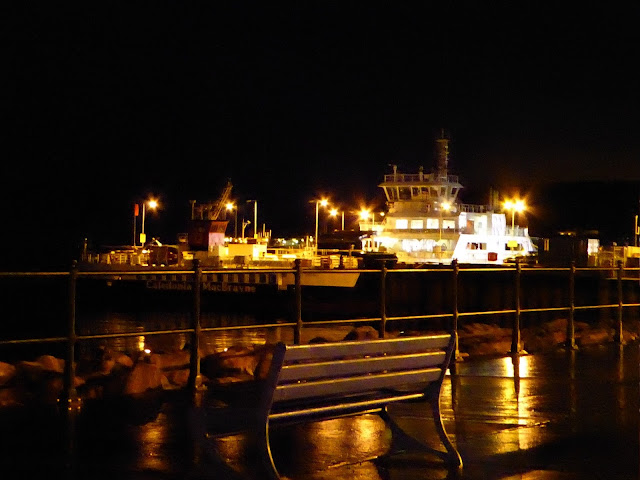 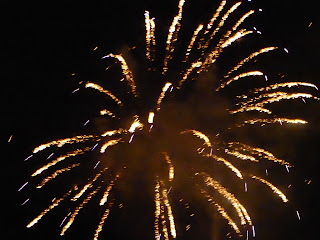 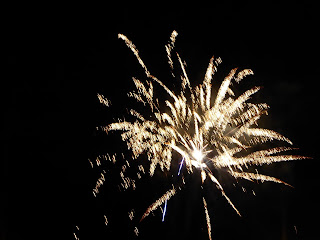 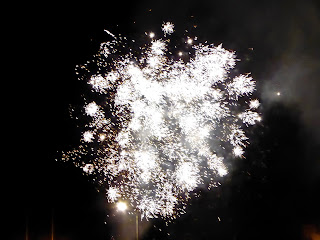 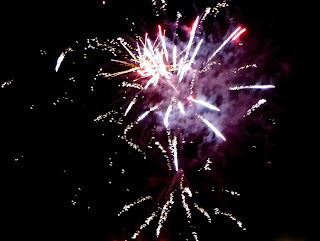 … while we watch some of the fireworks, after which it was back home for a movie night … the new Jungle Book!
Posted by Carol at 07:17

Your 'family dinner' photo made me smile, it couldn't have been taken anywhere
else but Scotland given the number of Irn Bru cans on the table... LOL

It looks like you all had a great night out... haste ye back

Back on the Thames now Kevin! After a great time away it’s always good to come home!

We had a grand time Garry, stopped off at Marks on the way up and back although he was at work both times, it was really good to see Ange, Lucy and Ed and catch up their news. Love to all the Nickisson’s down under. xxxx