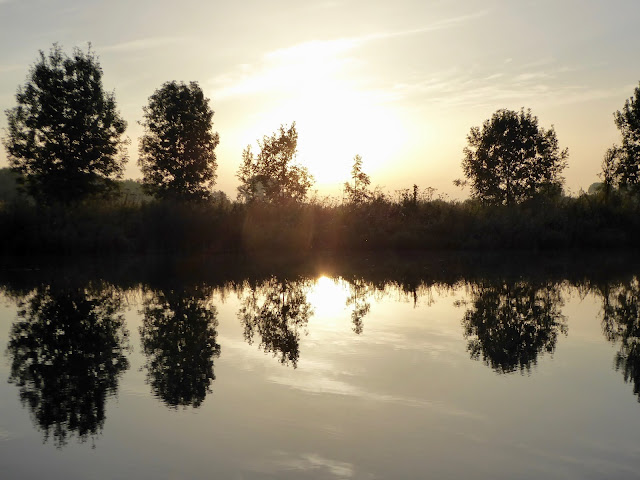 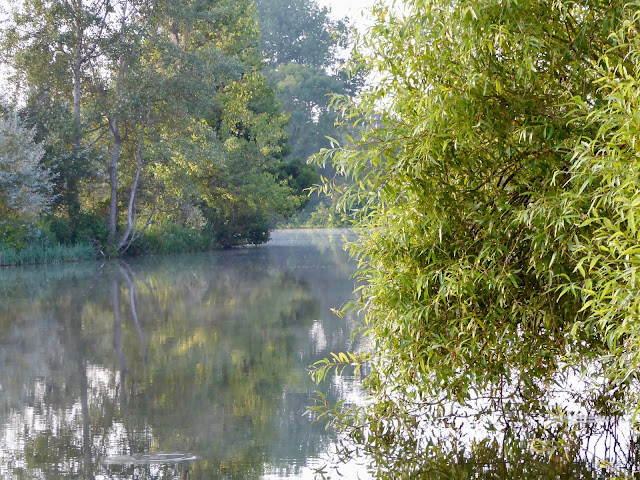 with mist rolling over the water 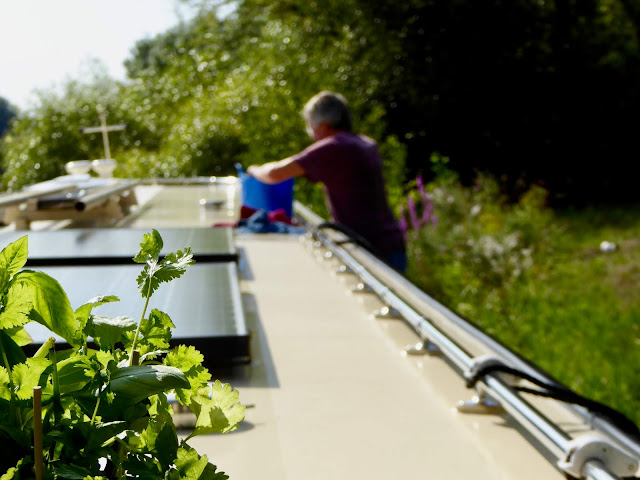 Before 8 George was out and cleaning Still Rockin' from the roof down ... 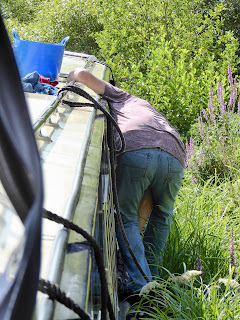 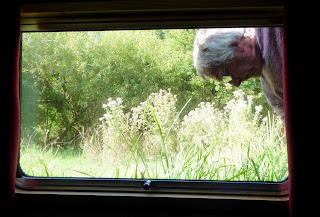 before the day became too hot to touch the metal.

George had been in touch with Chris on fuel boat Merchant to let him know where we are as we knew he was heading upstream so we decided to stay here until he arrived.

That night it was cooler and we needed something more on the bed so this morning (now Wednesday 8th ... are you keeping up Paul?) the lightweight duvet was inserted into a cover when I changed the bed today.

It we just before 11 and we could hear the distinctive sound of fuel boat Merchant's engine coming through Culham Lock and could follow the sound as he approached us ... 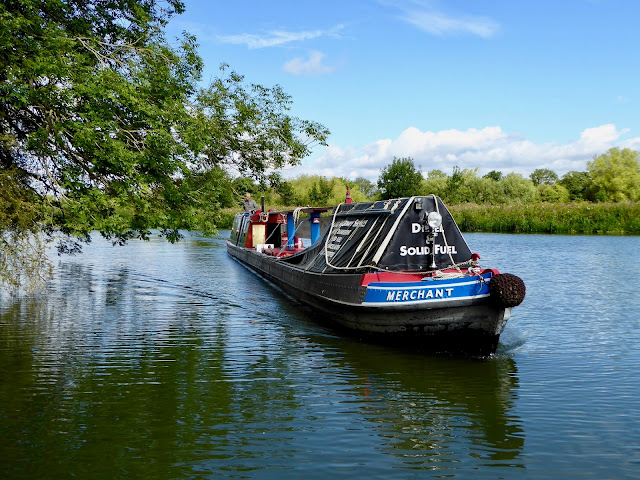 He pulled alongside and filled our tank whilst boat dog Stanley enjoyed a few minutes on land and a whole lot of biscuits.  Chris stayed for a cuppa and a chat and we had our 'dog fix!' 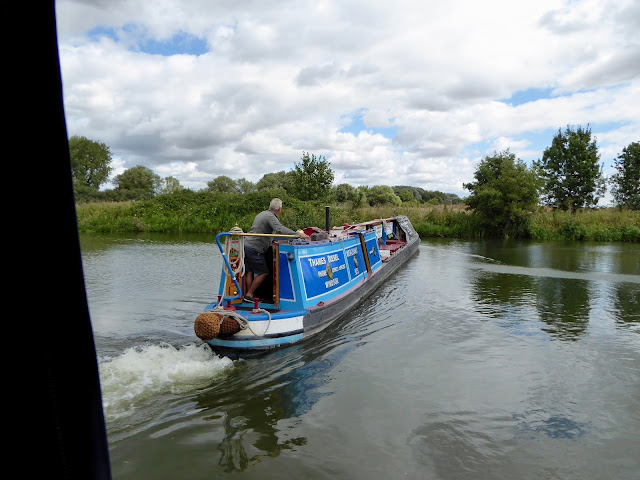 12 o'clock and Chris is winding Merchant ... 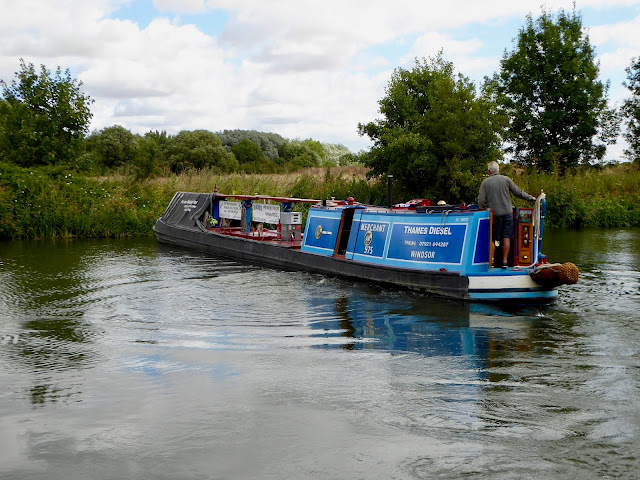 and heading now for Abingdon 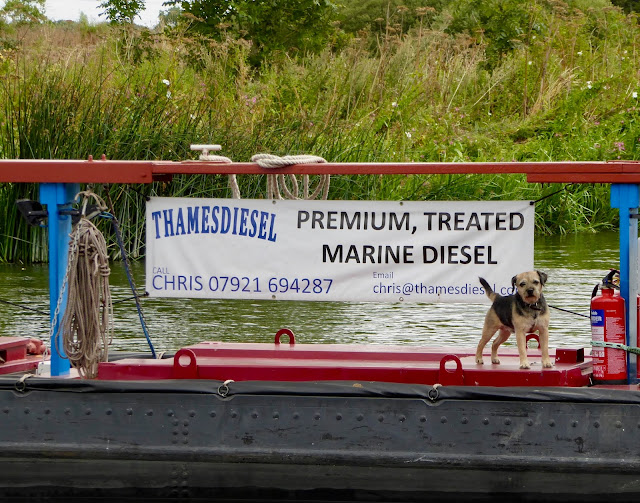 The temperature today reached just 25°c and it was so much more comfortable ... for me anyway.  There was a breeze too which quickly dried a couple of wash loads ... I'm in heaven! 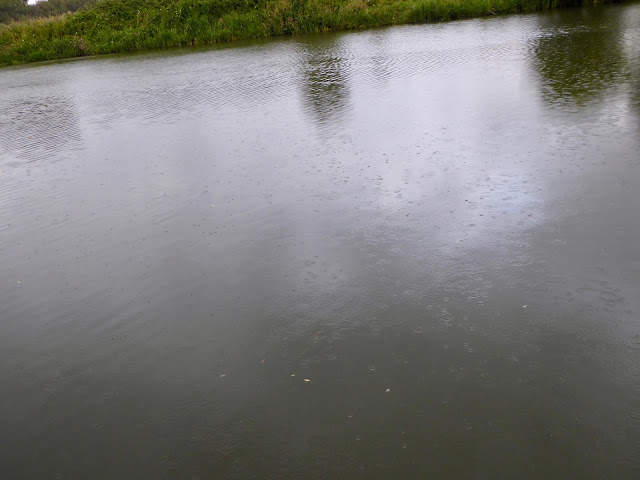 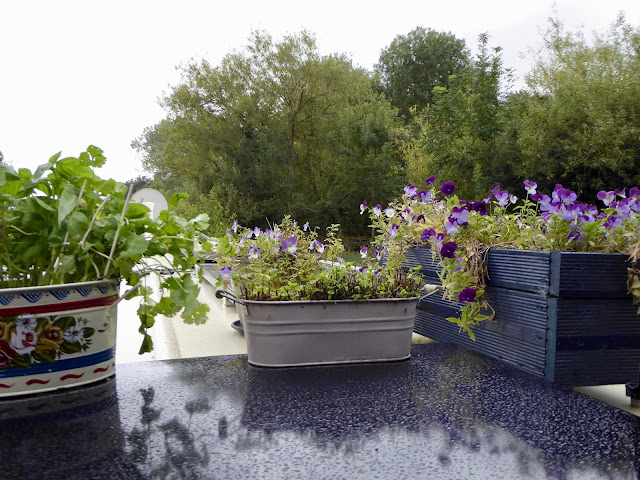 It rained quite heavily for a few hours and we were pleased to see that the rubber strip that we fixed around the edge of Still Rockin's roof performed very well indeed keeping the 'run-off' of water away from the canvases and preventing streaks on the bodywork. 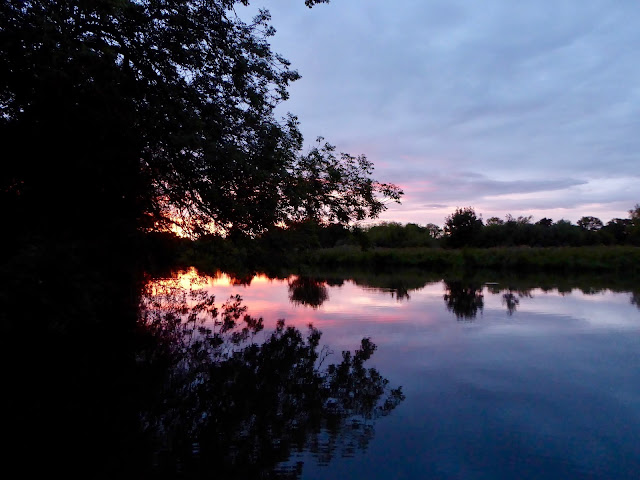 Once the rain had stopped the sky cleared somewhat the sunset was as good as ever.

We shall move on tomorrow.
Posted by Carol at 07:10