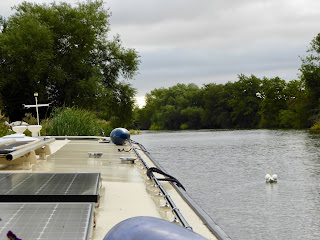 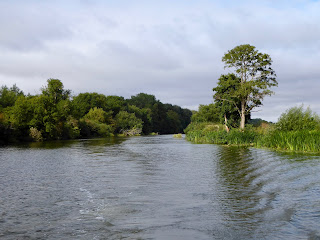 We were glad to get away from our mooring at Dorchester this morning (Wednesday 15th) from the smell of muck spreading and the irritating flies. 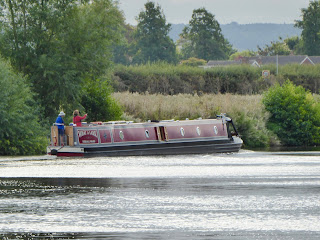 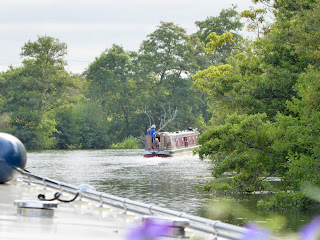 We did our best to hang back from What a Lark as we knew that we wouldn't be sharing the only lock of the day at Benson ... it would have been far too cosy! 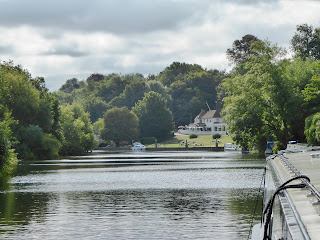 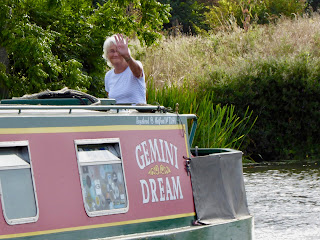 Passing Liz and Jan as we approach Shillingford 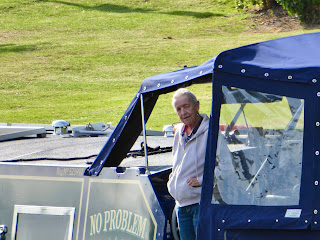 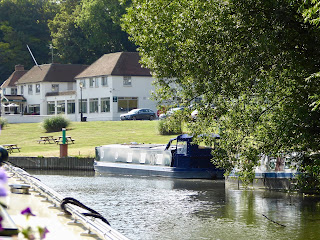 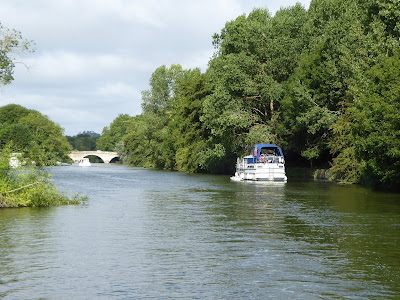 This cruiser was having problems retrieving his anchor! 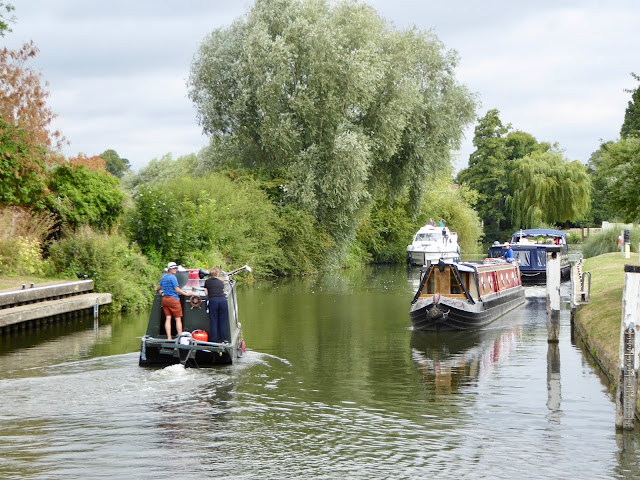 It was a busy scene at Benson Lock where David and Lisa were waiting on the landing.  The lock was on self-service so I went up to take over from Lisa so that she could get onboard again. 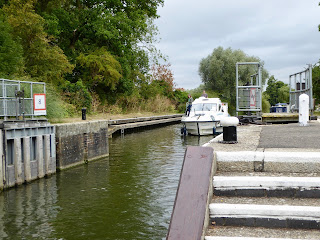 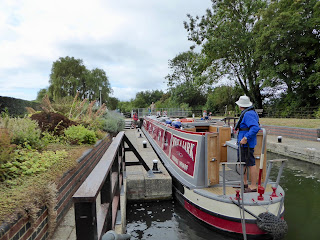 I took David's rope and took him forward a bit to allow room for the Le Boat (hire) and the occupants of the cruiser were a bit wary of those gates, but I persuaded them that all was ok ... and it was. 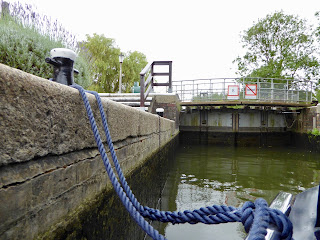 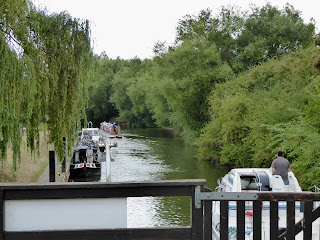 I saw two more up the lock and then the lock operation was taken over from me to a cruiser waiting behind Still Rockin' who saw us down with a tiny day boat behind us.

A cunning plan had been made before we left Dorchester ... David needed to collect his car and bring it to Wallingford and kindly asked us if we'd like to take a trip with them to Lechlade as they'd decided not to cruise to the top of the Thames but instead go by car.

It was all go once we'd moored up at Wallingford (we'd arrived at just the right time for spaces).  David collected the car and took George to Moulsford to exchange an empty gas bottle for a full one whilst Lisa and got changed ... so excited about a day out!  When the boys returned we were off ...

It was suggested that it would be nice to stop off at Kelmscott Manor.  Once we'd had a very nice lunch in the cafe there we had a tour of the house ... not many photos here as George and I visited on Rock 'n' Roll in July 2012 (blimey I can't believe it was that long ago!)  I'm sure there'll be pictures on Lisa's blog soon.

Kelmscott was the home of William Morris, the textile designer, poet and novelist interested in the Arts and Crafts movement, from 1871 - 1875.  In a letter to his friend in May 1871, William Morris describes Kelmscott as 'a heaven on earth'. 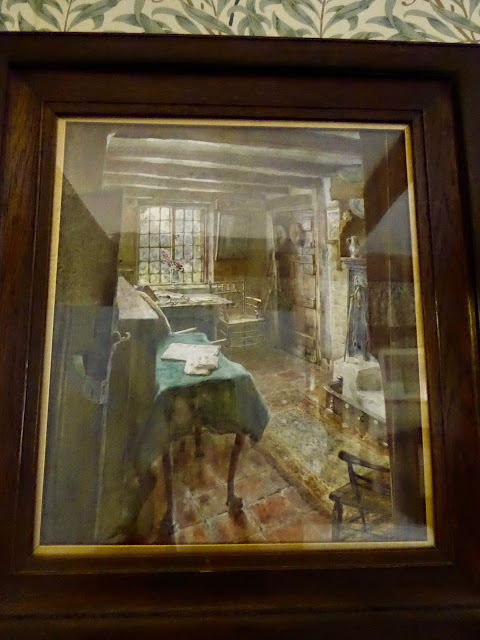 I love the subject of this picture ... sorry about the reflected light in the photo. 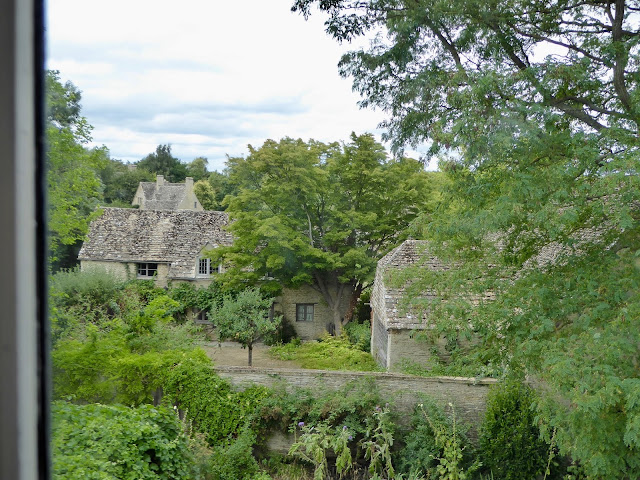 I took theses three photos through the windows ... 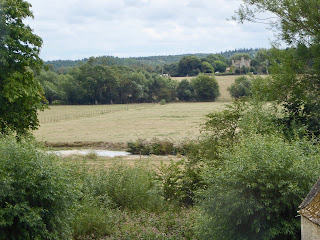 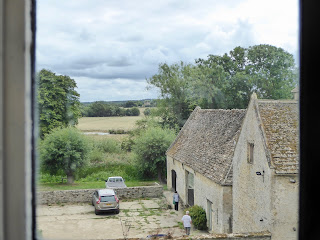 of the stunning views! 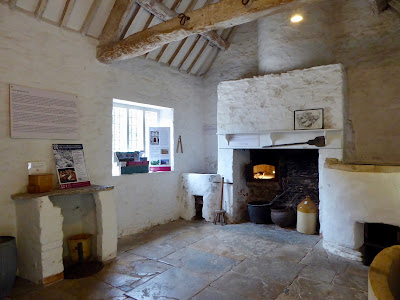 A fascinating outbuilding here ... on different days of the week this would have been the laundry room, the brewing room and the bread making kitchen
I did take a few pictures of the manor from the outside 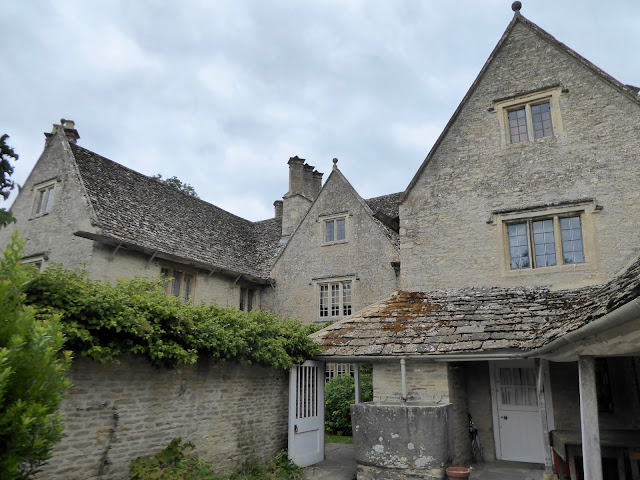 This is what is currently the 'back' of the house but was in fact ... 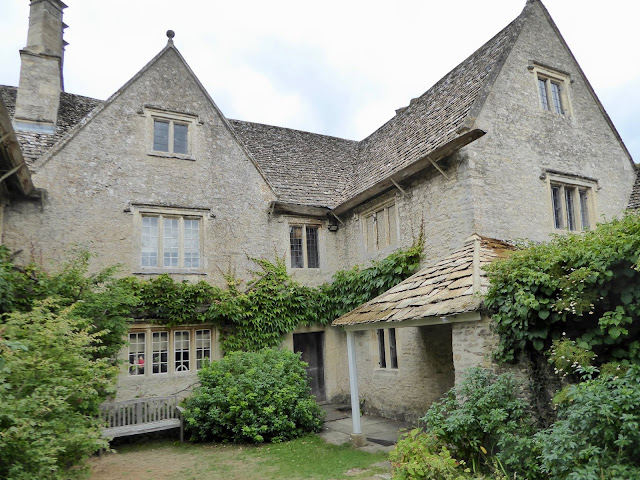 the entrance to the original U-shaped farmhouse (which until 1864 was simply known as Lower House) built in the late 16th and early 17th century by farmer Thomas Turner for his 'upwardly mobile family' (so it says in the guide book!) 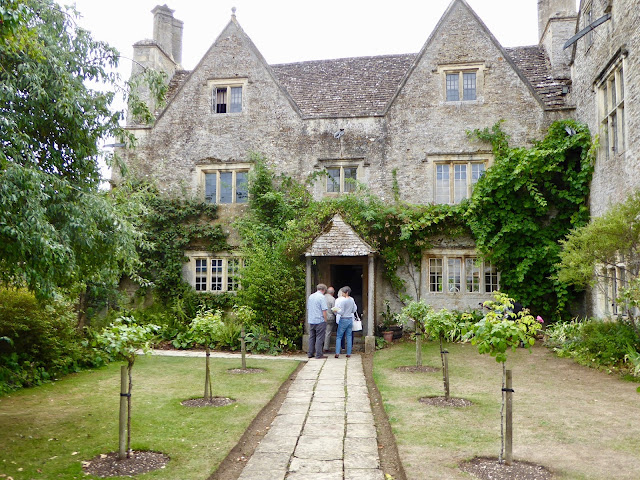 The current entrance to the manor house after one of Thomas Turner's grandsons built the extension seen on the right ... 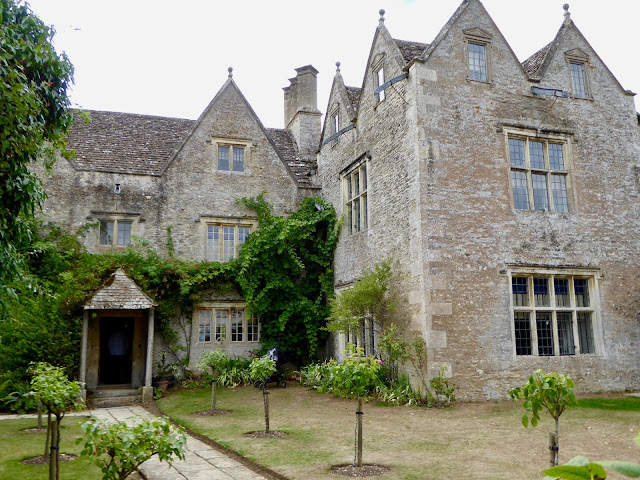 in the mid 17th century ... you can tell that it's a later addition by the larger window (higher ceilings inside) and the pediments over the gable windows.

As the family became more prosperous (although the the house continued to be a working farmhouse) James Turner (who died in 1870) purchased the lordship of the manor.

After Morris' death in 1896 his wife Jane purchased the manor and commissioned memorial cottages dedicated to her late husband and mother.  The cottages are scattered around the current Kelmscott village. 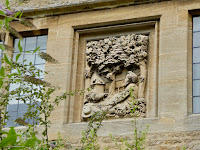 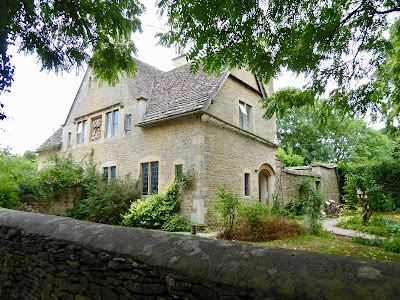 This is the cottage dedicated to her late husband with a relief of him reclining under a willow tree carved by George Jack Morris' Arts and Craft carver.

After we'd 'done' Kelmscott it was time for a drink at the pub and I suggested The Riverside pub at Lechlade which was just 8 minutes away by car, but first a 'must' when visiting Lechlade is a visit to ... 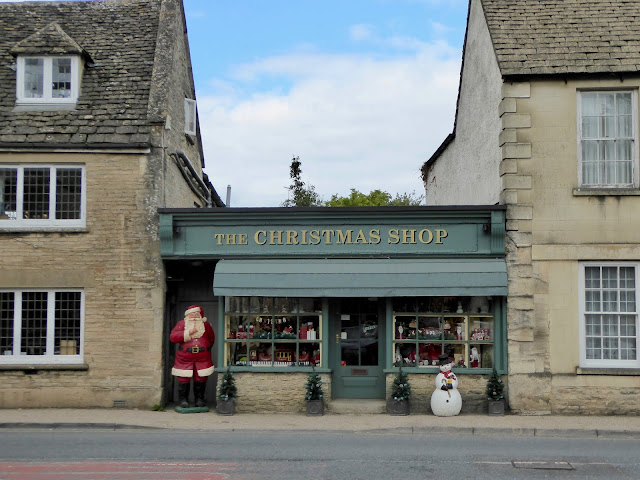 the Christmas Shop which is open all year round and is really lovely to browse and buy inside. (note that it moved to the opposite side of the road in 2016) 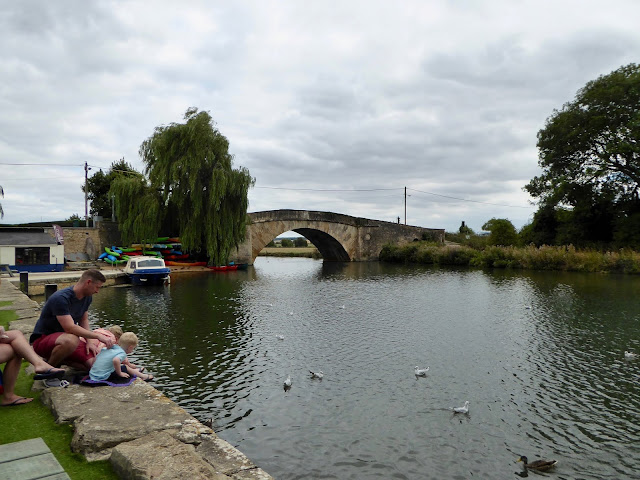 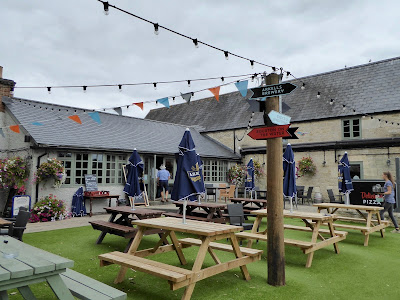 We moored through the bridge on Rock 'n' Roll with Geoff and Margaret in 2012 where we were confined for nearly 3 weeks when the Thames went into flood, had a Tesco delivery for both boats against the pub wharf and were able to watch the Fairford Airshow from the bank.

After a wonderful day out thanks to David and Lisa we returned to Wallingford where No Problem XL was moored butt-to-cheek with Still Rockin' and later had cocktails onboard What a Lark before walking over the bridge to the Boat House for our evening meal. 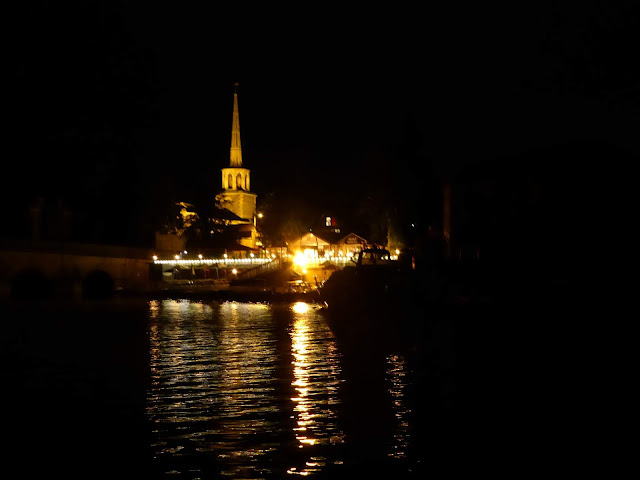 What a wonderful, fantastic, magical day we've had with great boating friends.
Posted by Carol at 08:46