8:30 Friday morning (3rd August) it was time to pull the pins at Kennington 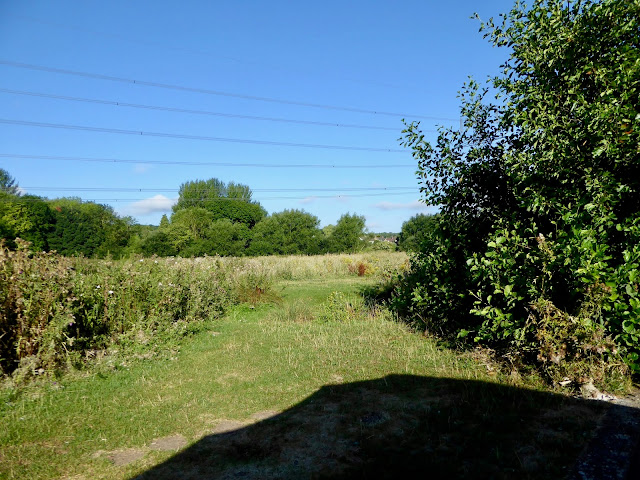 A near cloudless sky 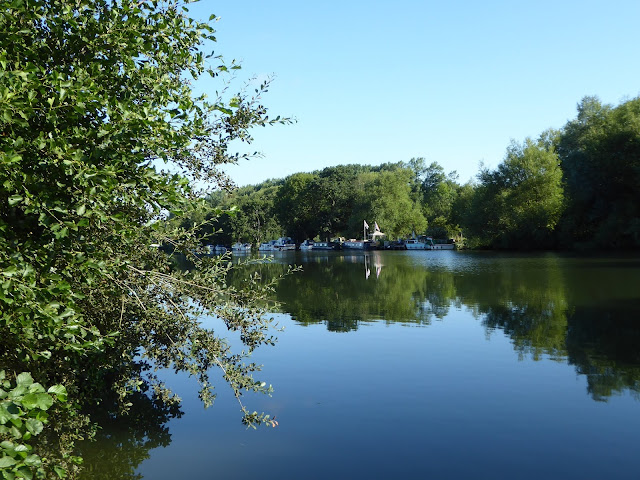 Checking that nothing is coming before we release our ropes 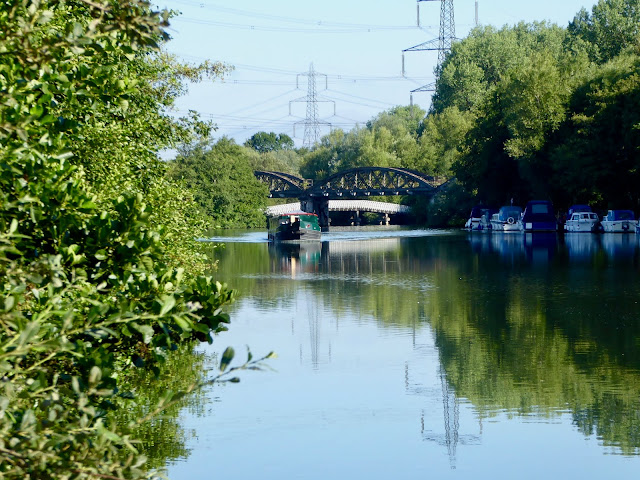 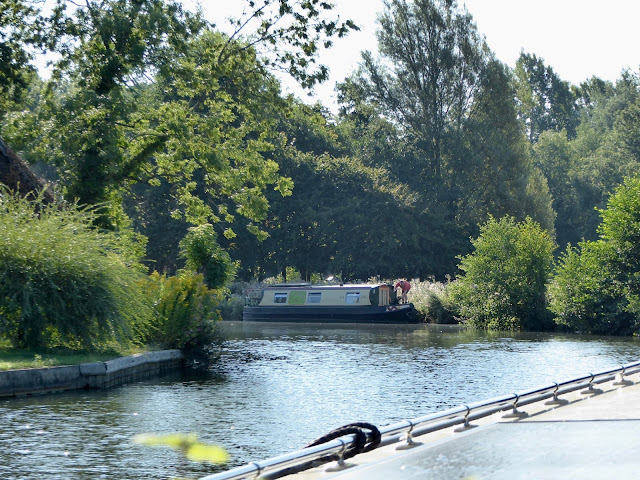 and just as we pull out into the stream the narrow boater on the corner starts to untie his ropes, so he has to wait a few minutes too 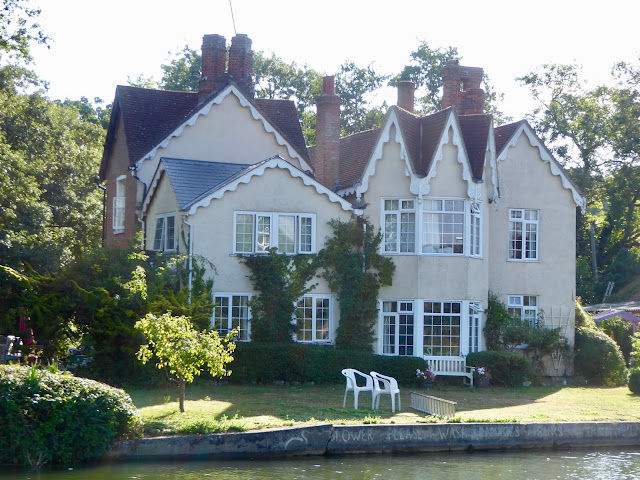 It's such a huge house, very pretty too 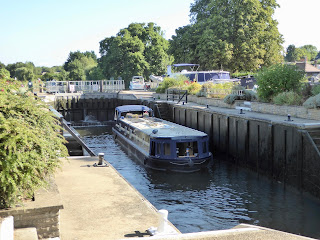 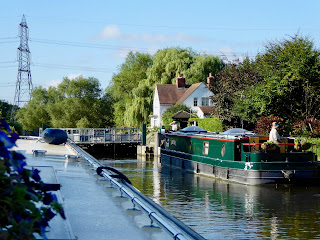 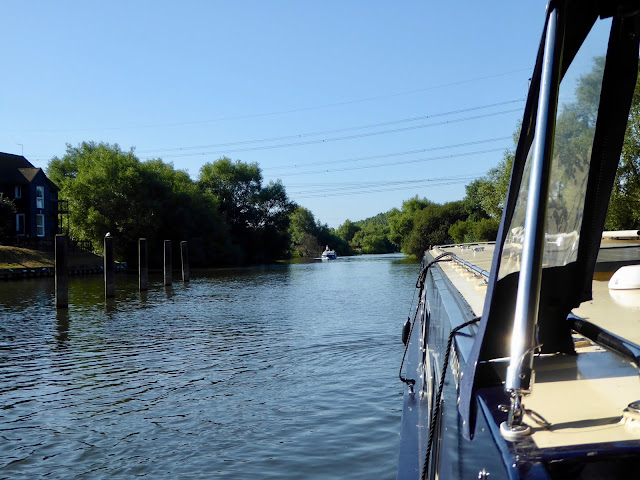 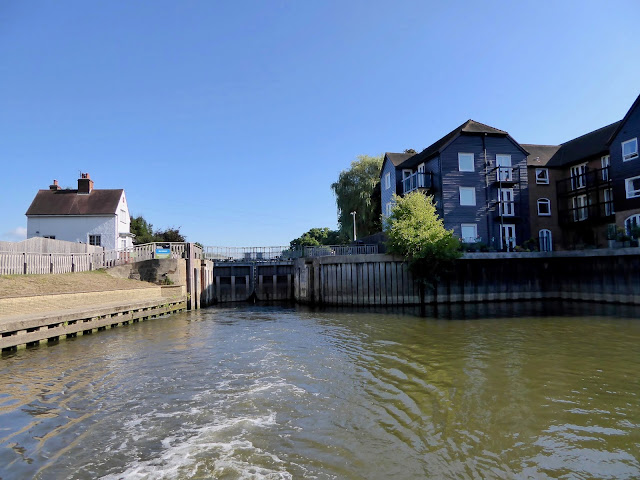 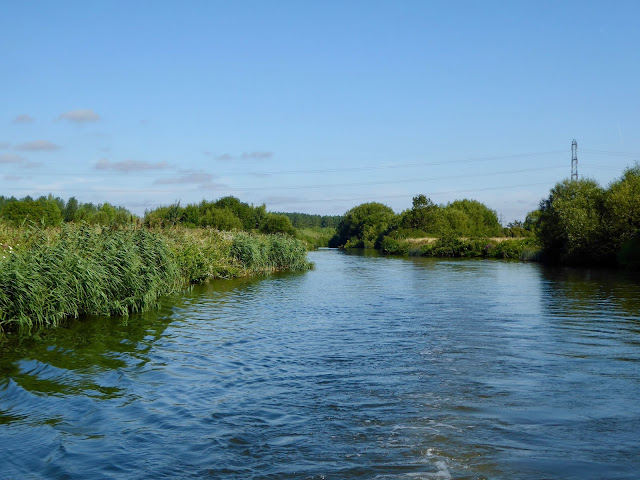 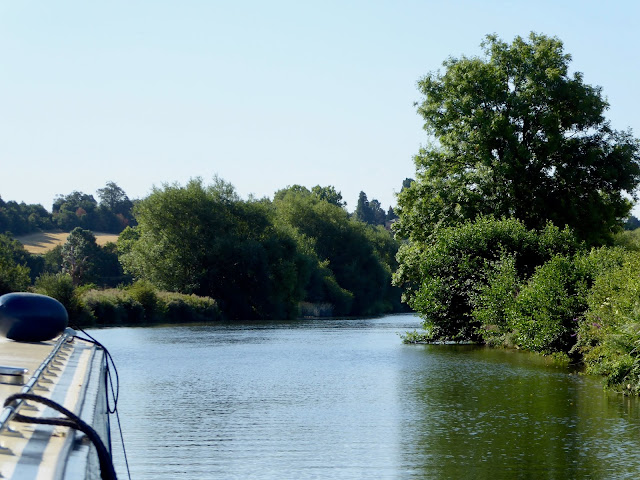 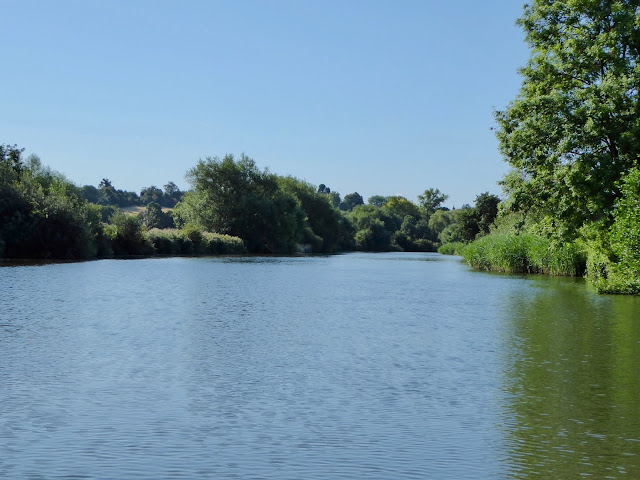 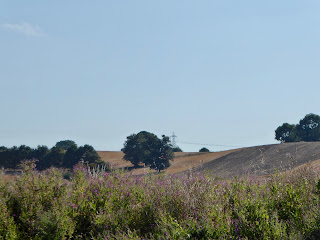 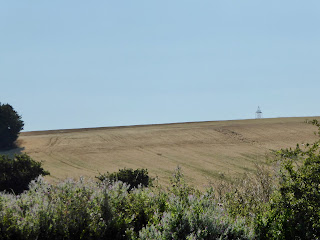 Looks like the harvest is in and one field ploughed 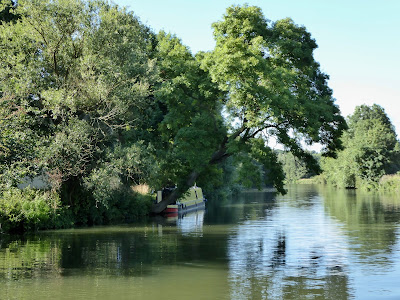 I wouldn't moor anywhere near that leaning tree 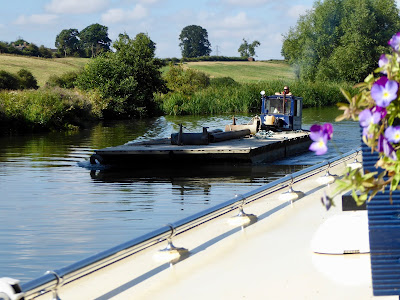 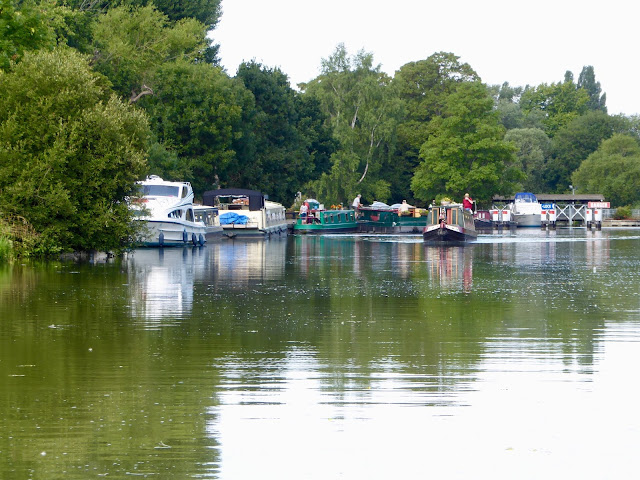 Abingdon Visitor Moorings once again ... fine for the weekend. 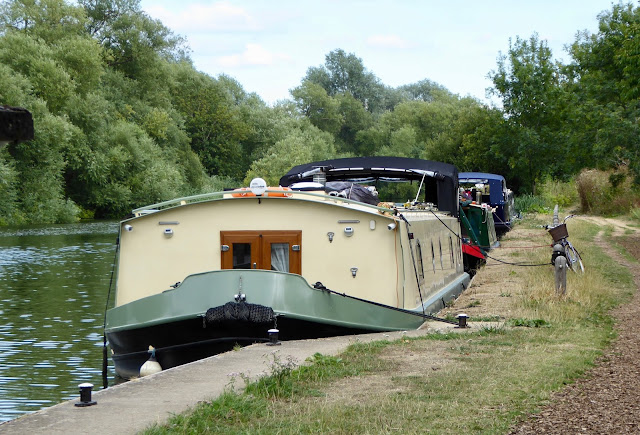 Miss T Morning is moored here and Terry came to introduce herself and to tell us how helpful the blog of our build and launch was to them during their build.  She had a look around Still Rockin' and later we did the same on their lovely boat.  It was nice to meet Terry and Dave we wish them happy cruising. 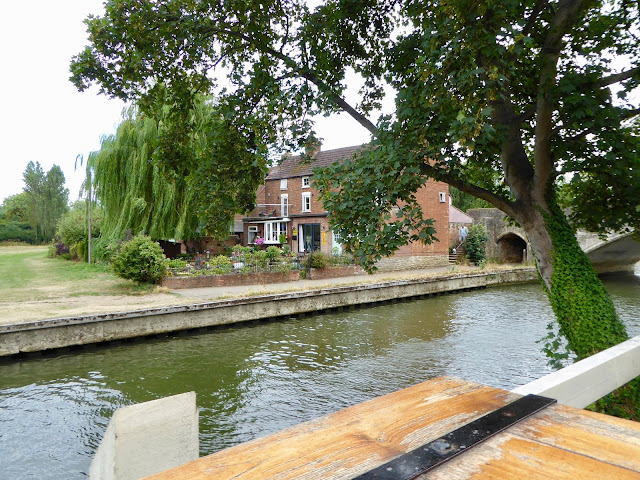 At about 5 o'clock when it was just a little cooler (29° as opposed to 31) we went for a walk and ended up at The Nags Head, it was just too hot to be cooking at home! 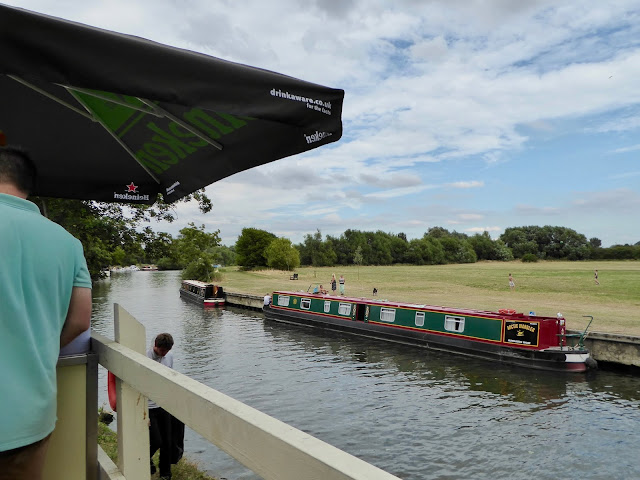 A riverside table with views 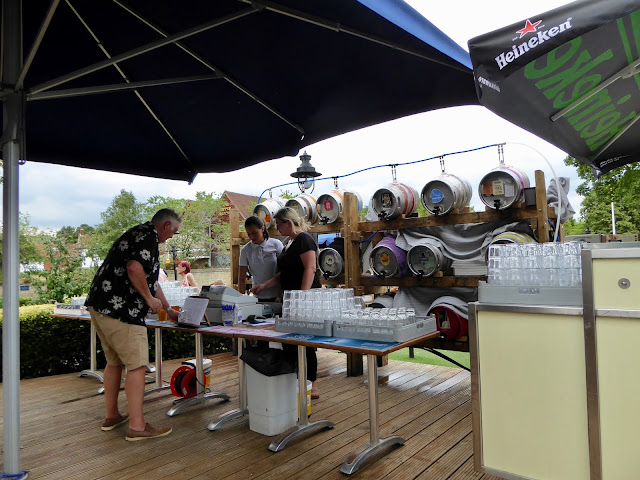 There was a beer and music festival but wouldn't those beers be warm, they certainly weren't going through any sort of refrigeration ... the cost of a pint?  £2 and 12 to chose from! 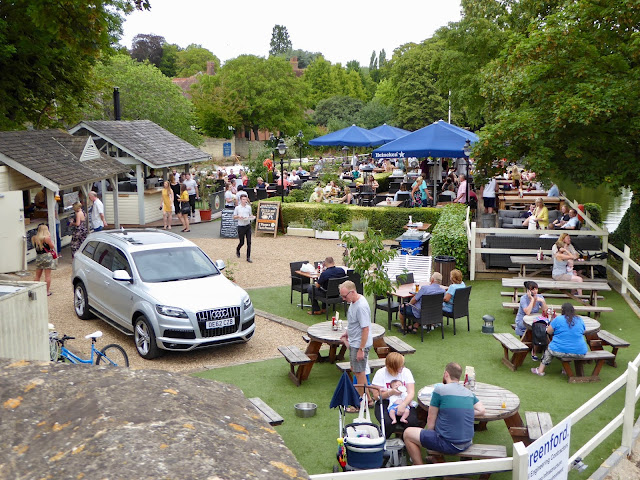 It was getting busier as we left 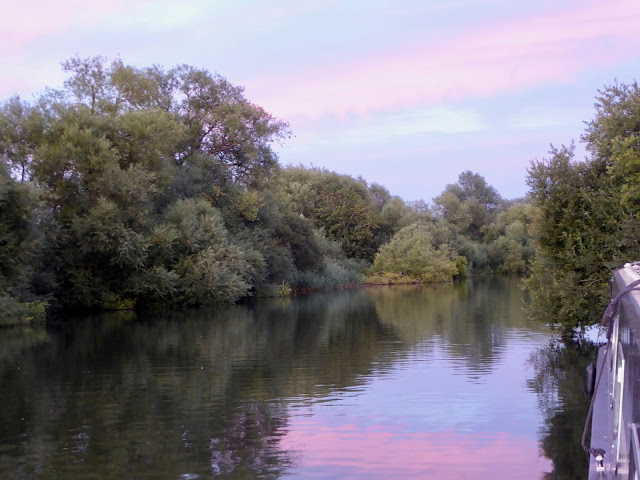 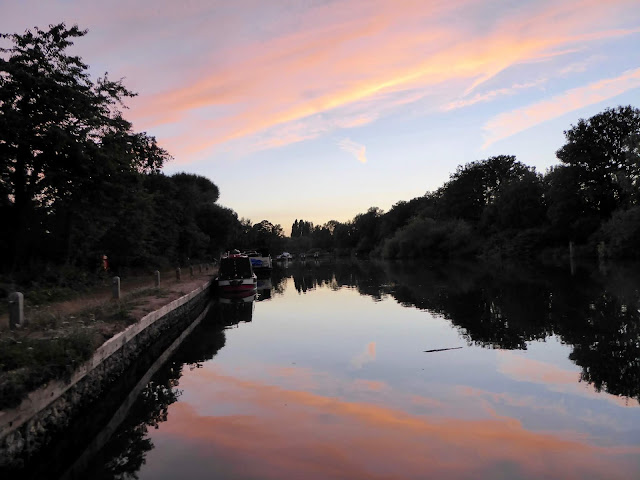 just after 9pm, but still very hot and humid 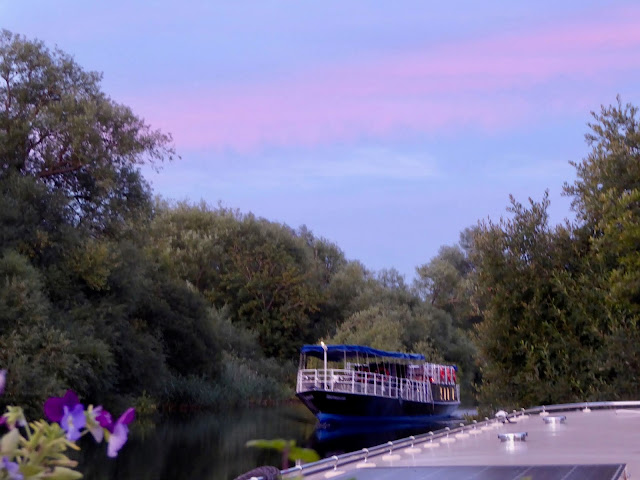 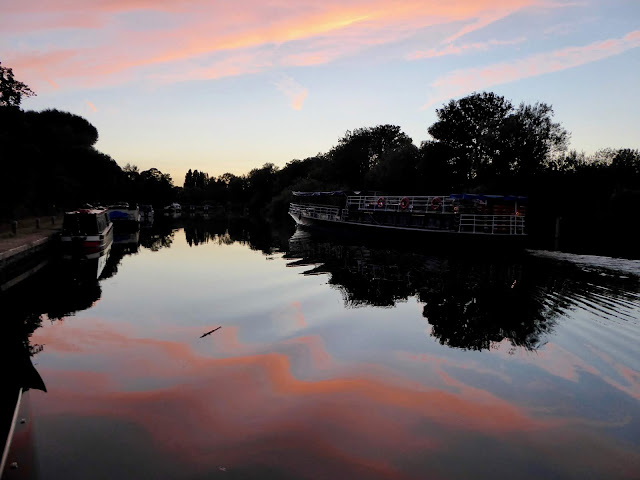 heading towards the lock.

When will this weather break?
Posted by Carol at 07:27

Gorgeous photos and summer glory, Carol! The weather has finally broken here today! We’ve had storms, wind and rain. Luckily, this is our end point and tomorrow we star back for home!

Thanks for your comment Val, the weather broke here on Wednesday with a cooler breeze and yesterday with rain, it's so much more comfortable, for me anyway! Enjoy the rest of your faring, make the most of it before having to return to work ... they should ban that word!