One icon to the next

We left Henley on Wednesday (27 Sept) 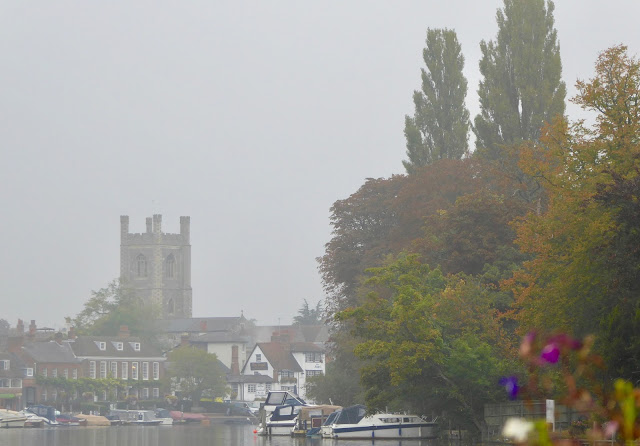 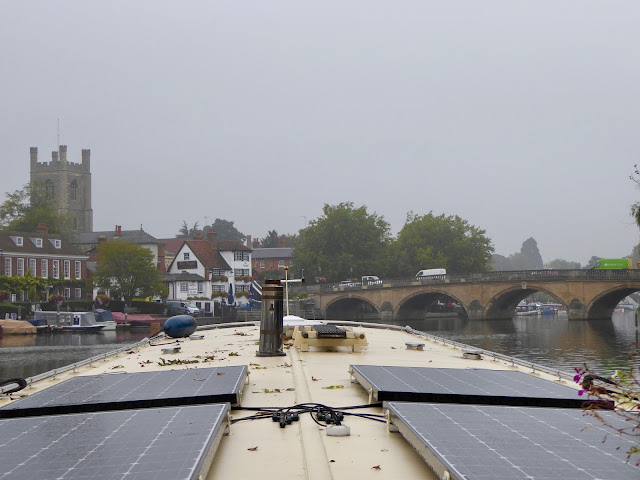 ... as we approach the bridge which has five arches and was built in 1786 after the previous bridge was destroyed in a flood during 1774. 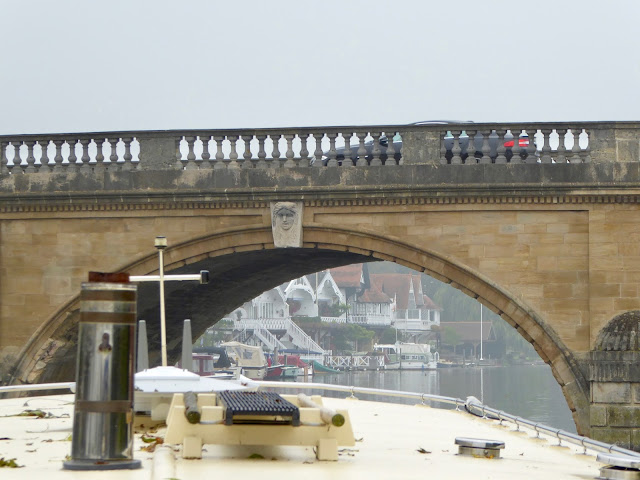 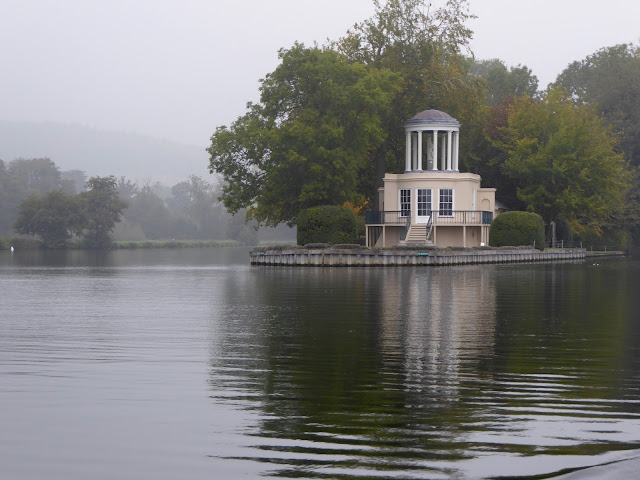 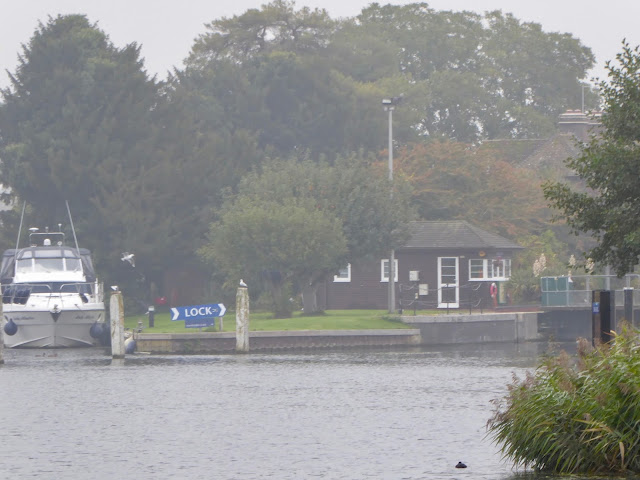 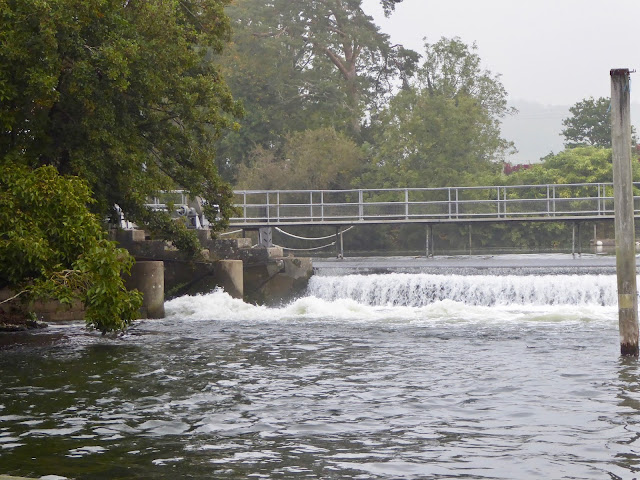 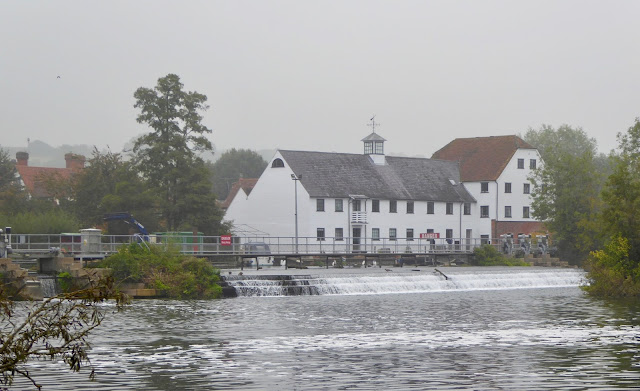 ... with it's beautiful mill buildings 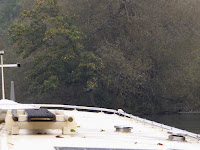 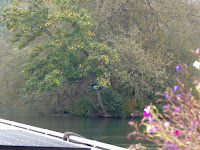 Difficult to see the channel marker, it's a good job we know the way! 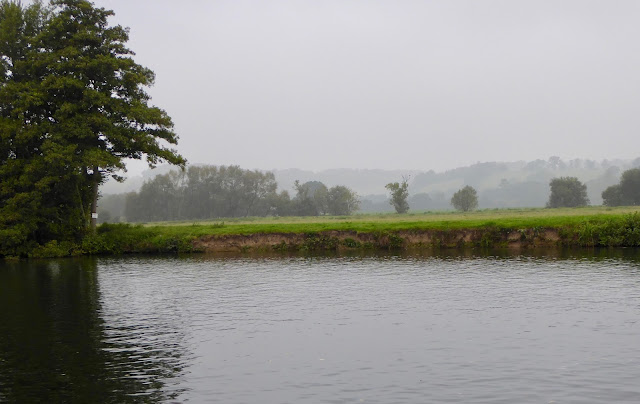 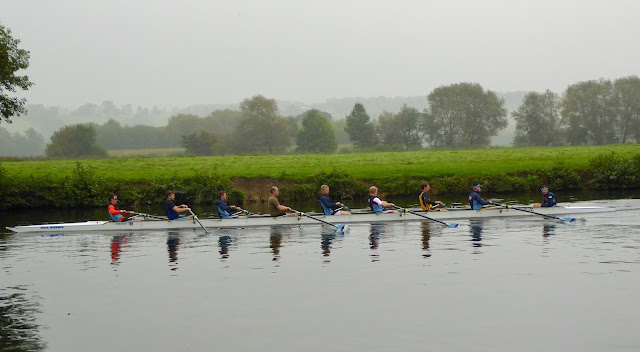 ... where we meet the rowers out in force - they're RAF personnel using the water today instead of being in the air 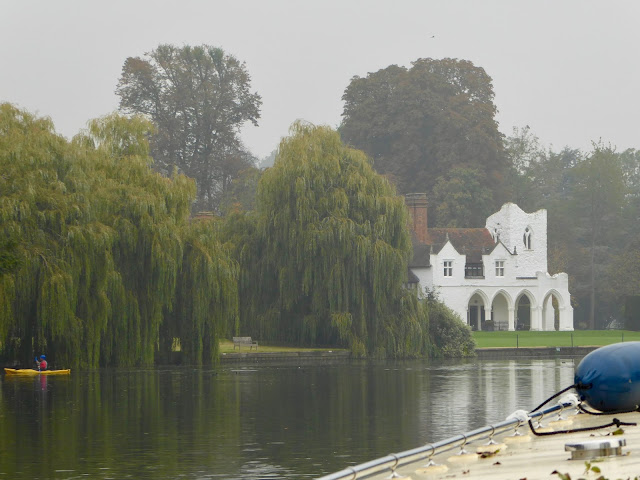 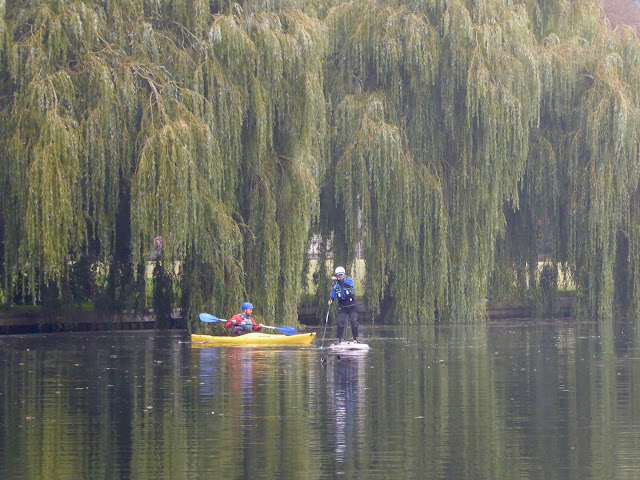 A learner we think, she's wearing what looks like a full wet suit and life jacket etc. and it all looks very heavy ... not sure it she fell in she'd sink like a stone or float! 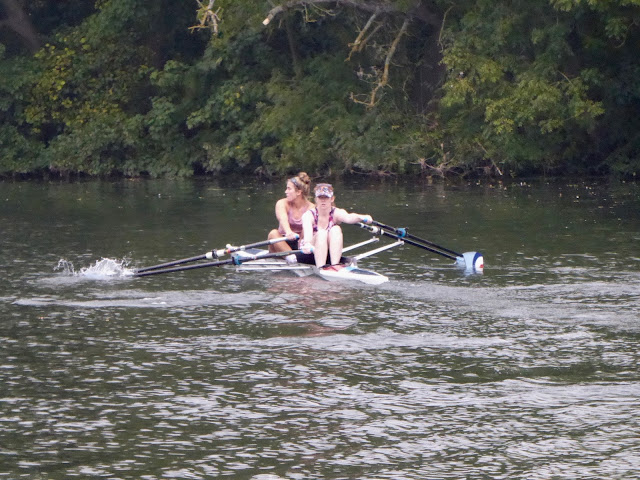 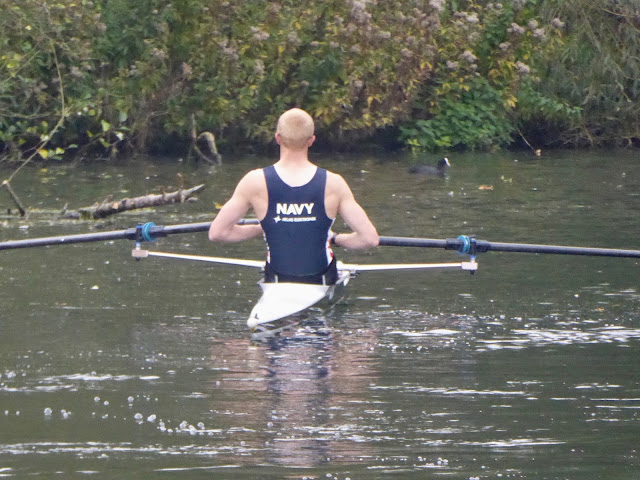 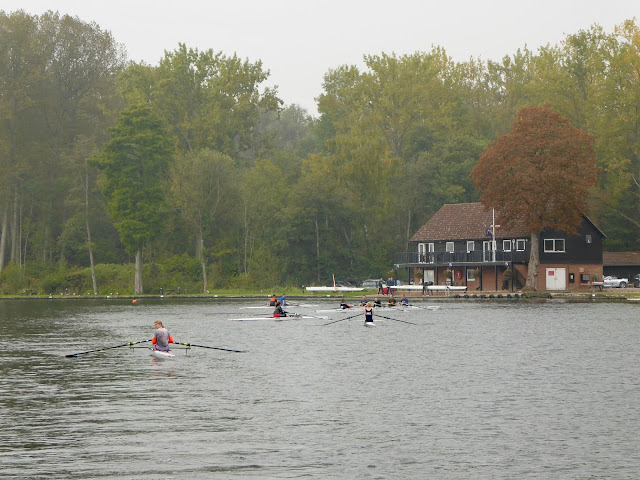 We needed to use our horn on several occasions to alert them to our presence. 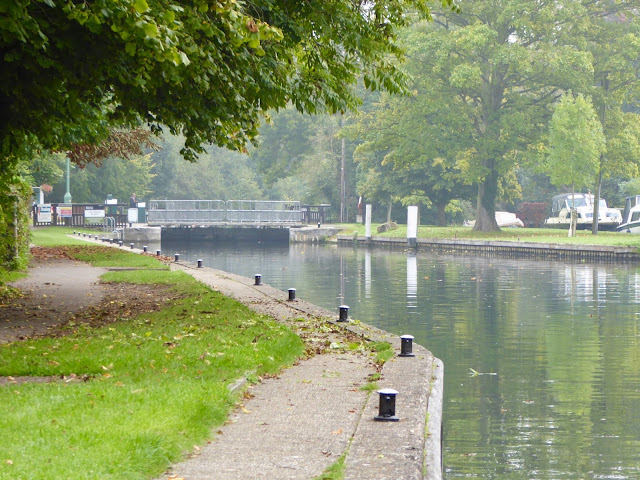 Taking on water at Hurley Lock 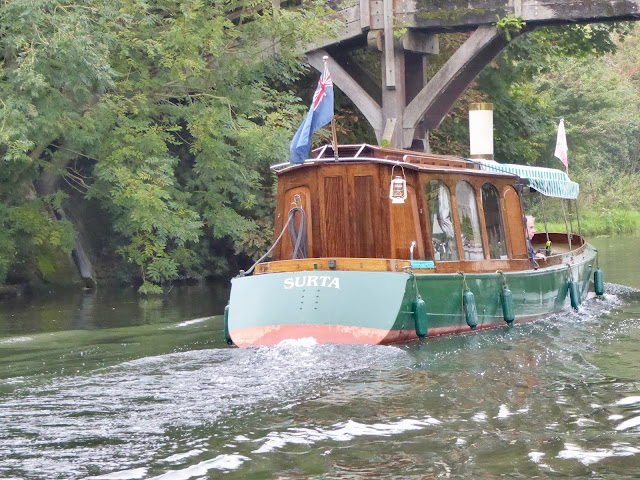 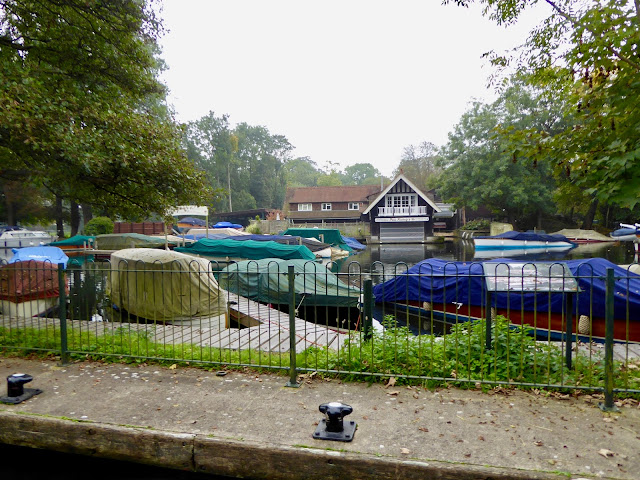 Passing Peter Freebody Boats.  The Freebody family have been living and working on this part of the River Thames since the 13th century and make wonderful boats, click the link above to take a look. 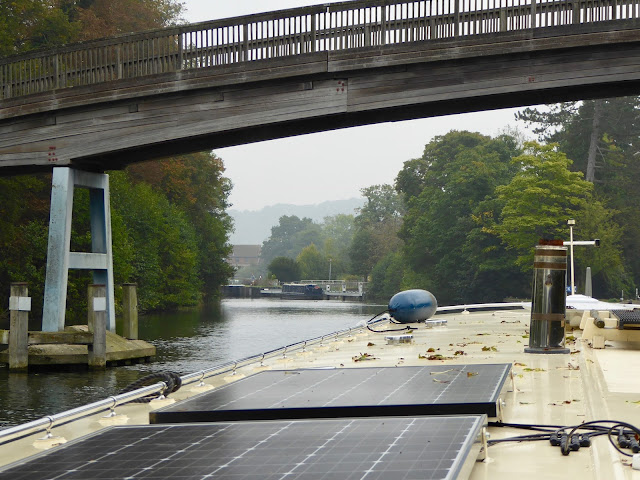 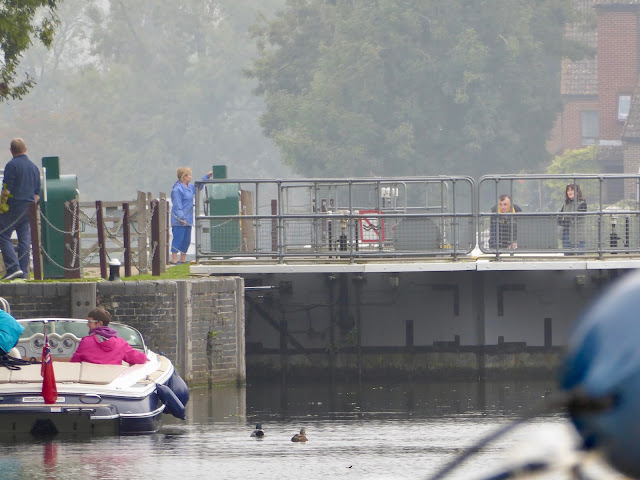 ... it's on self-service but all the boaters are cooperating as they should, swapping over the operation of the lock as their own boats enter to the boater next in the queue who then sees the full lock through.  It takes no time at all so long as the system works well and today we were soon through with no hassle. 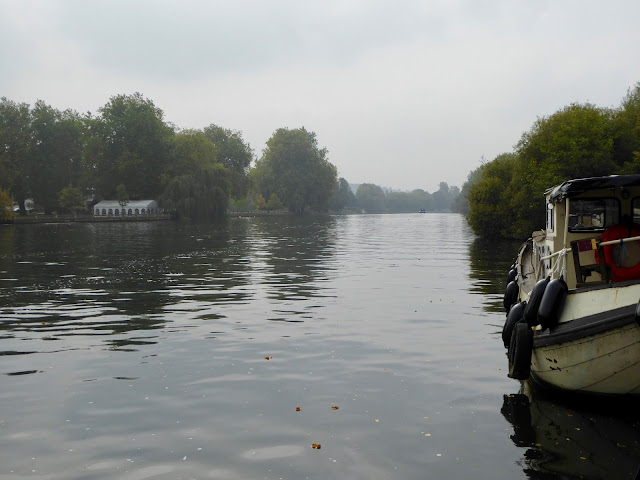 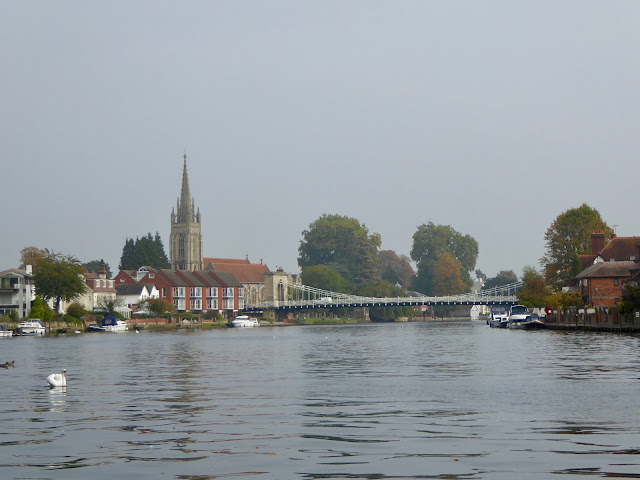 It's still overcast but I never tire of this other church and bridge view either! 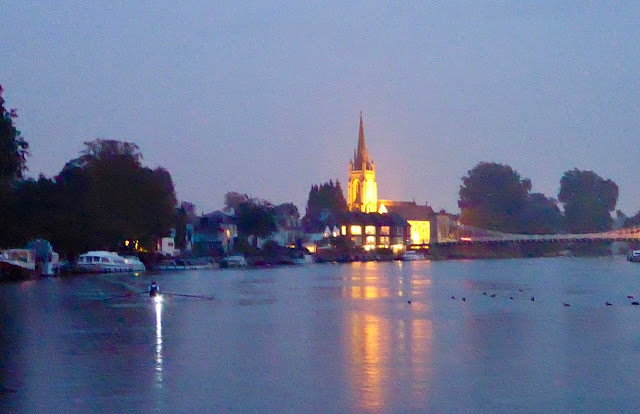 Same view at 19:20
Yesterday (Thursday) was a busy day but more of that in my next post 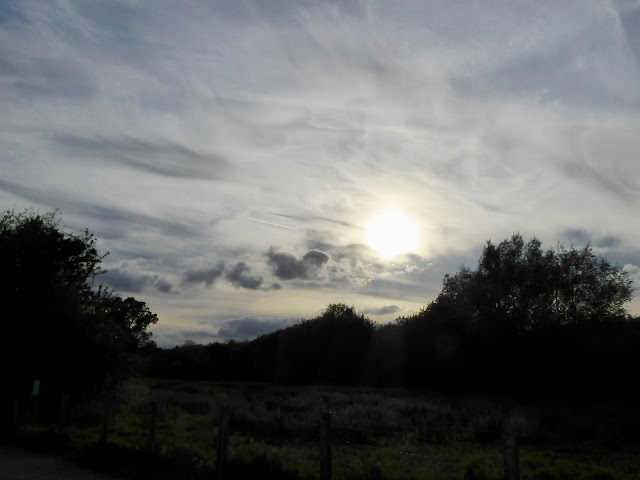 The day had been quite cloudy but with some sunny intervals and we were able to sit on the deck in the very warm sunshine late afternoon.  This picture taken at 17:15. 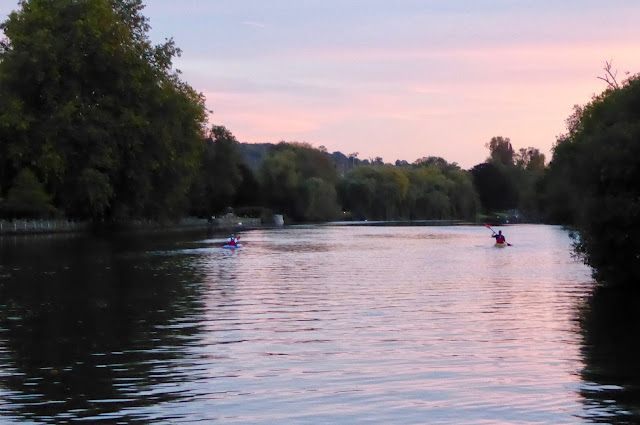 A real photo film, Carol! Truly lovely! You must know the Thames so well now, but I imagine it's different every time!

Thank you Val, glad you enjoyed it and yes, the Thames does look different each time we mover, there's always something we see that we've not noticed before. So lovely!