An early start but longer than expected 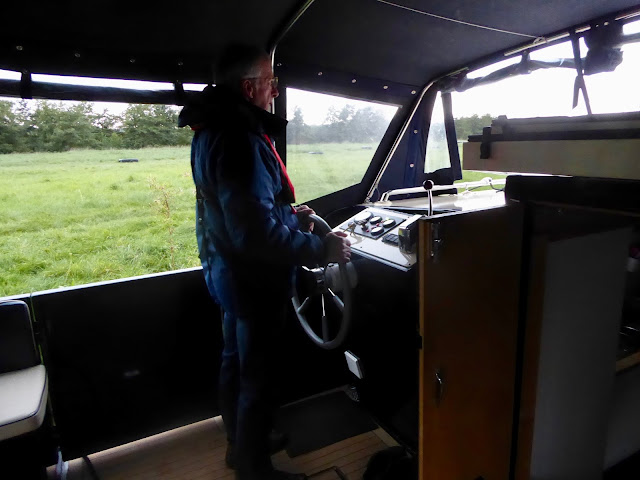 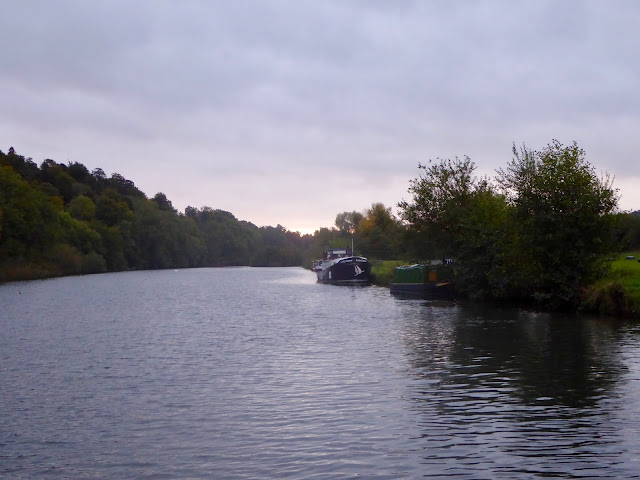 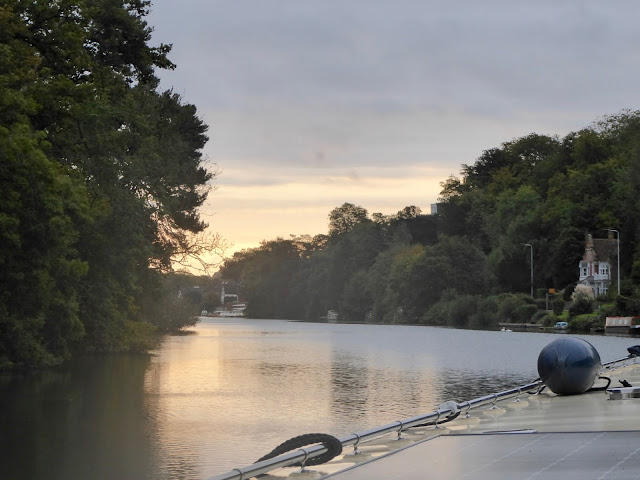 ... into the sun as we round the bend towards Whitchurch Lock at Pangbourne where  very large single handed barge had just entered.  I said that I'd see him through and he said ok but that he'd just told a lady coming downstream with a canoe that he would help her to put the canoe back into the water below the lock so all that took longer than expected.
Just as he was bringing in Still Rockin' a boat arrives on the lock landing, it's Penarrow, so I tell George to go as far into the lock as he can and I walked down the side to let him know when to stop and  he put the stern rope on the closest bollard.  There was about 5' of water between him and the gate but he couldn't move to the next bollard along because it was about 10' in front of him.  In the meantime Penarrow was slowly coming into the lock which is not wide enough for the two boats side by side and unfortunately about 10" too short for Penarrow to fit inside properly.  As I walked back to close the gate the owner was not at all pleased that George wouldn't go further in even when I explained the situation. Grumbling under his breath he backed out again.
When I'd closed the gates, walked to the bottom gates and opened the sluices to fill the lock Mr Penarrow came towards me and started to complain. Once again I explained the situation but he was having none of it.  In the end I firmly told him that George, as helmsman of Still Rockin' was in charge and control of his boat and Mr Penarrow was in charge of his and that I was not going to argue the toss any further, what is done is done.
Off he went muttering once again.  George told him in no uncertain terms as he walked past, not to speak to me like that. That he (George) was in charge of his boat and that if he (Penarrow) had anything to say it should have been to him.  Mr Penarrow returned to the lock landing and we descended the lock. 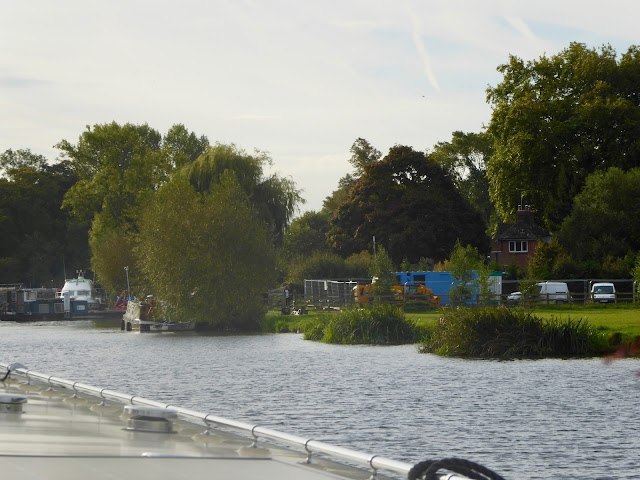 Mapledurham Lock next and there must be work going on there 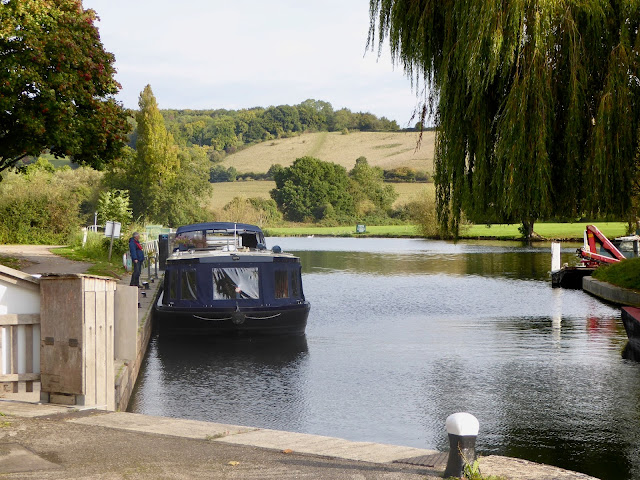 George waiting patiently on the lock landing while I set the lock, the previous user had left the bottom (downstream) gates and sluices open so they had to be closed before I could start 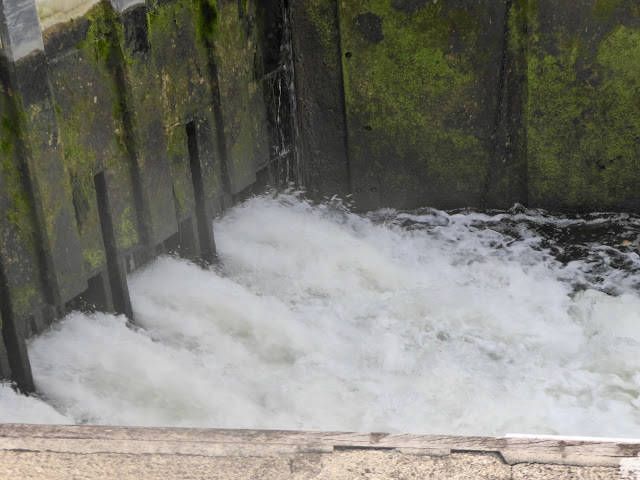 ... and the water gushes in to fill the lock 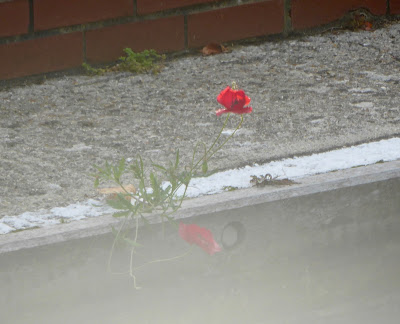 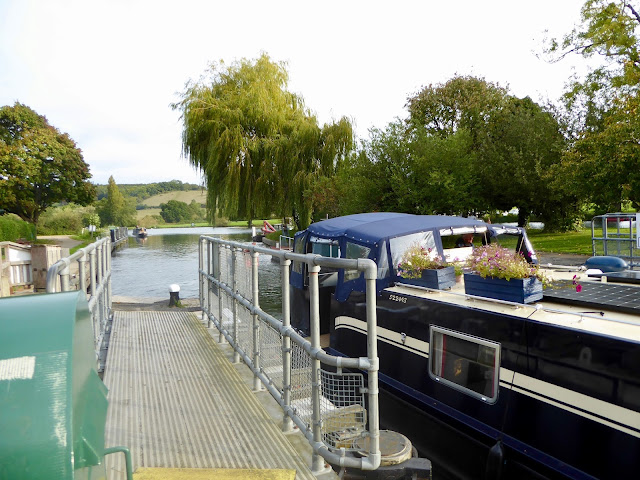 By the time the lock was ready and Still Rockin' was entering I could see nb Penarrow approaching and they joined us in the lock. Mrs Penarrow came to take over from me so that I could get onboard saving George having to stop outside the lock to pick me up.  She was fine and she apologised on behalf of her husband, they'd apparently had received some bad news that required them to head home earlier than planned and that he hadn't slept all night putting him into an atrocious mood this morning, but that was not really an excuse for his bad behaviour.  I did offer to stay and close the gates to enable them to get through quicker but she had remembered that I had done them the favour of locking Penarrow down this very lock in early June this year.  I thanked her and hoped that all turned out well.
So of course with all this extra palaver it took longer than expected. 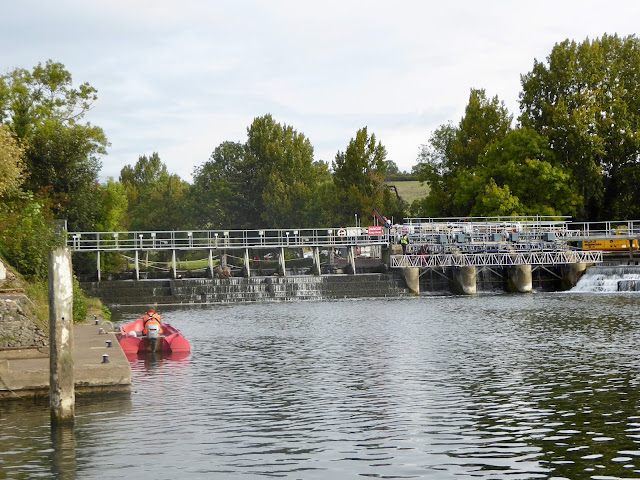 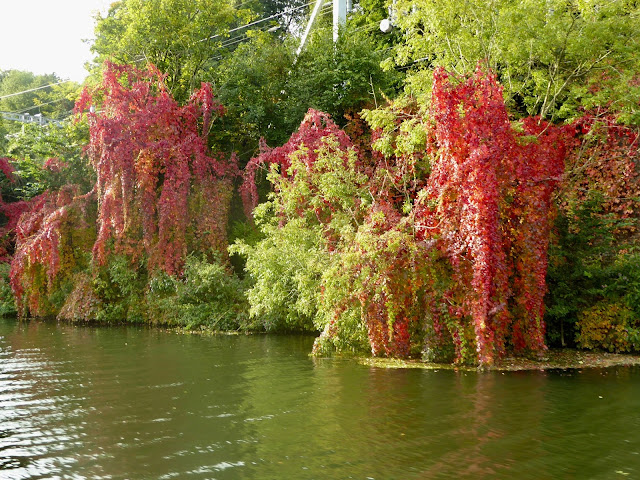 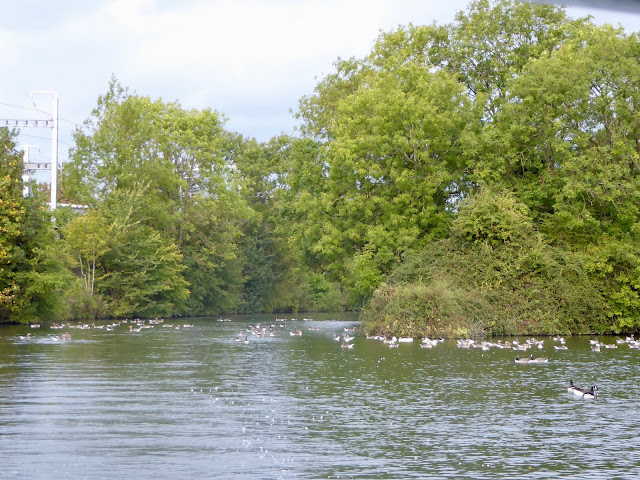 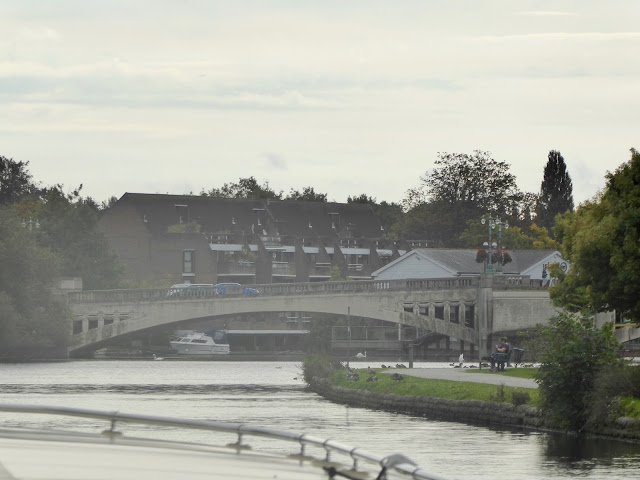 Approaching Caversham Bridge in Reading and the clouds are closing in.  Hope we can get moored up before the heavens open. 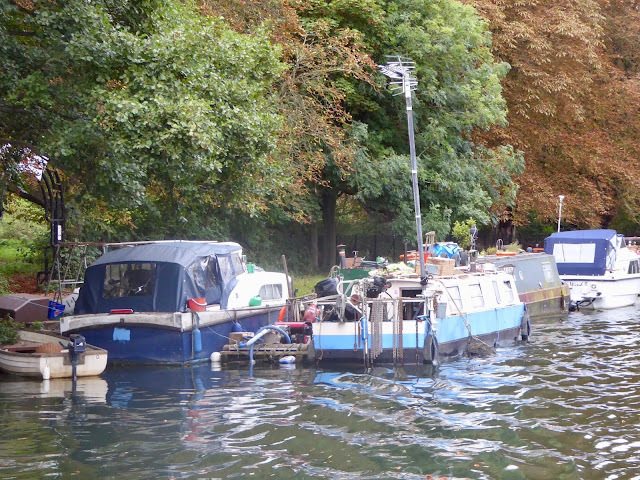 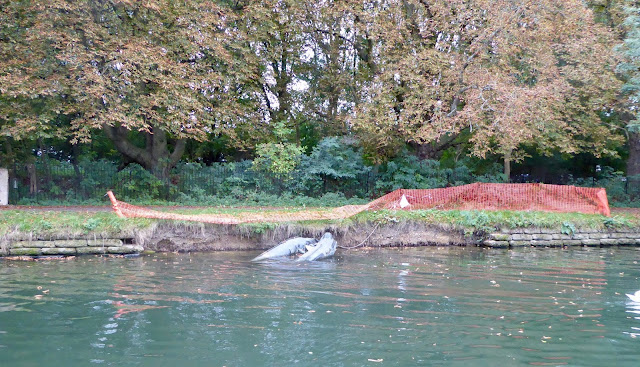 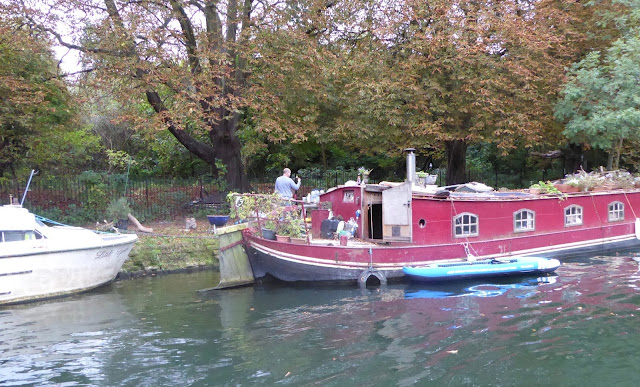 We could see bbq's and people sitting on chairs out on the towpath, definitely not shoppers.
Yesterday (22 Sept) we walked into Reading and did some shopping at Tesco and saw that this was quite a community all seemingly happy in what they're doing much to the detriment of cruising boaters wishing to pull in to shop and move on again.  We also noticed that all the 'mooring' signs were gone! 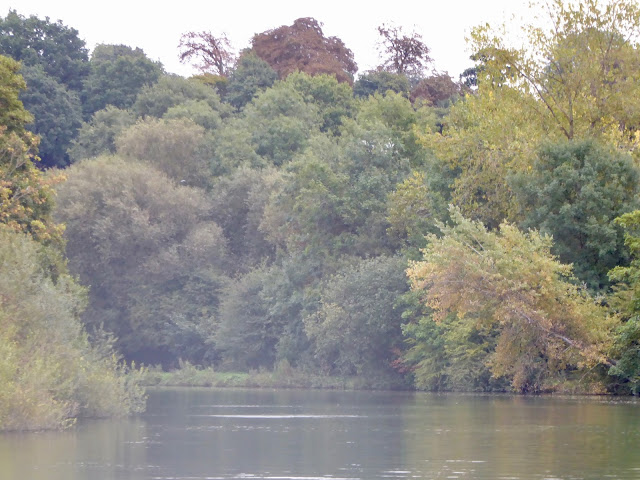 Two and a bit miles and two locks this morning and it's taken us 3½ hours but at least we've arrived at Sonning at a good mooring before the rain came down. 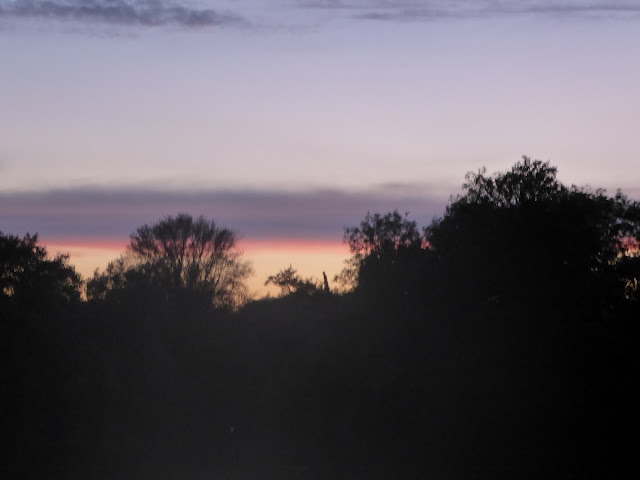 The day ended with a lovely sunset and a cold night.
Posted by Carol at 08:53

Yes I too have problems with the bollards being in the right place. I find it very annoying indeed that the lock keepers insist on my position in a lock if there are more boats to fit in and don't really care if I am on a long back line, yes 10ft in on case... I scream at them to let the water in slowly going uphill as the rope is behind me and there is nothing I can do to stop the boat going forward having to rely on Vic to try hold her.

The lock keepers never listen to what I want.. So annoying.

Reading is a disgrace, I shall write again to the Council next week following up what I said and also asking where the sign has gone... In fact I will write to that company too!