Discovering even more in Wallingford 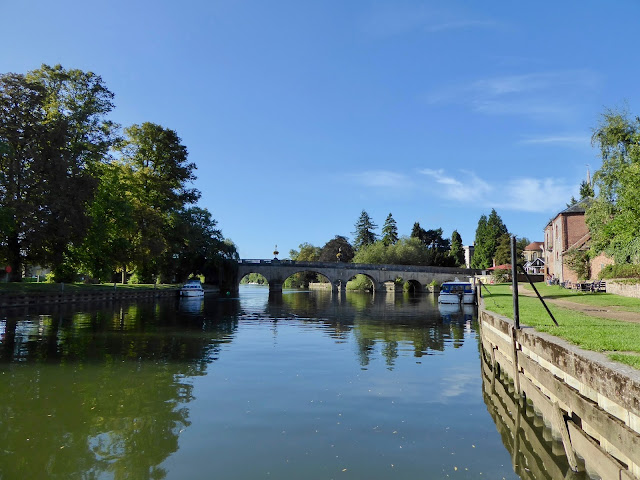 Our views whilst moored on Saturday (9th Sept) morning 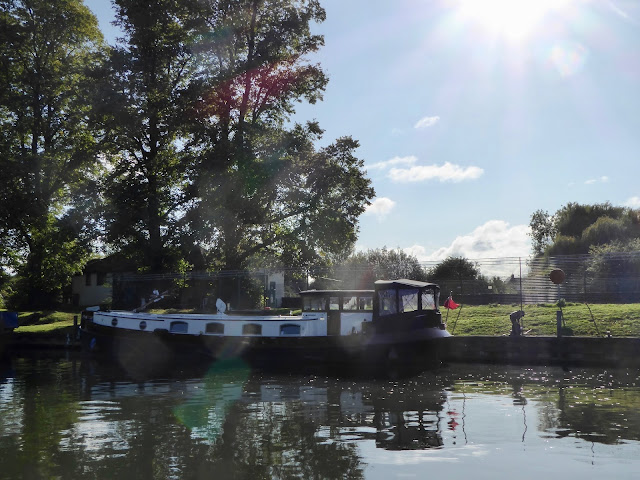 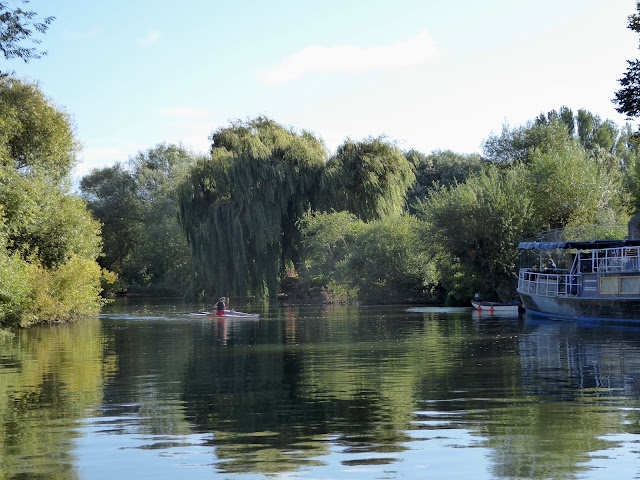 ... all is good.  It's not raining ... yet!
Yesterday the mooring warden gave us a leaflet about Wallingford's history and attractions, including the home of Agatha Christie.  So this morning we're off to find it in St Mary's Road ... 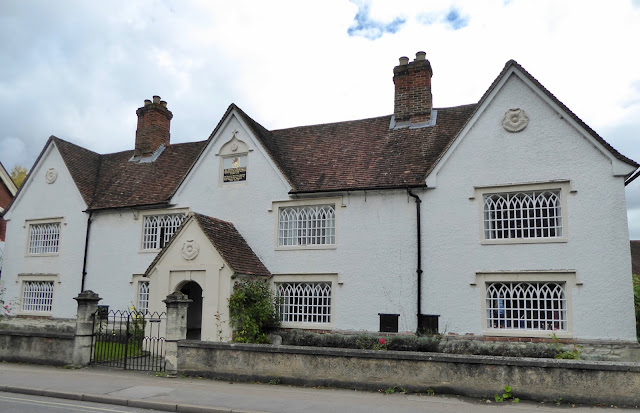 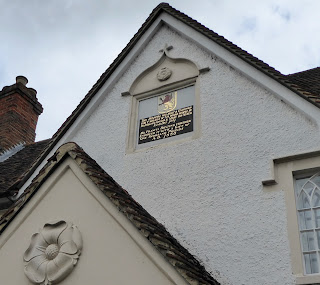 Angier's Almshouses were built by William Angier and his wife Mary in 1681 during the reign of Charles 11 (Stuart period) for six elderly residents of Wallingford or those with strong connections to the town.  The building is grade 11 listed with early 19C windows and carved tudor roses on the cross gables 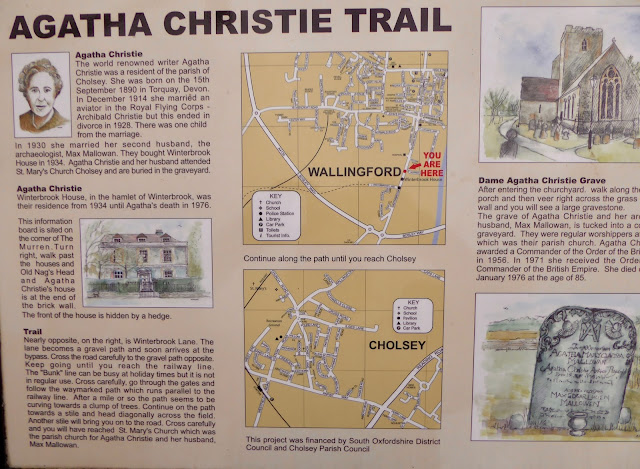 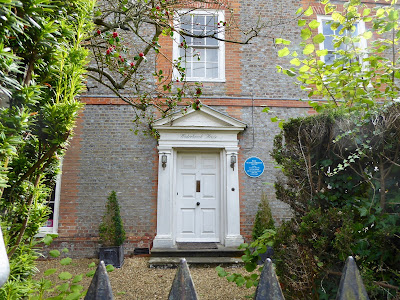 Dame Agatha Christie DBE CBE (nee Miller) was born in 1890 and married Archibald Christie in 1914.  They had one daughter Rosalind and Agatha Christie published her first book in 1920.  She divorced her husband in 1928 and two years later married Sir Max Mallowan. 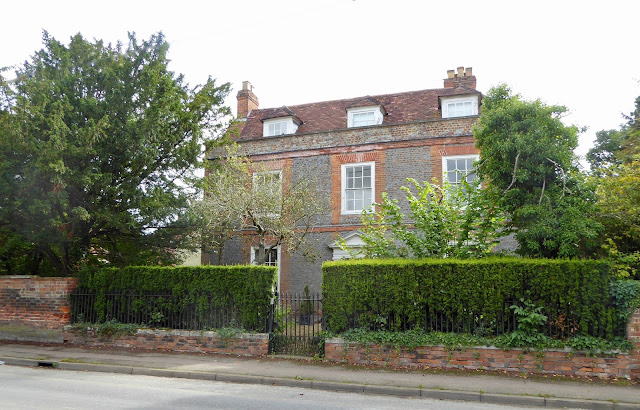 They purchased Winterbrook House, Wallingford 1934 which became their main residence until her death in 1976 at the age of 85.
There is an 'Agatha Christie Walk' but that's for another day, probably during the summer as it's about six miles long. 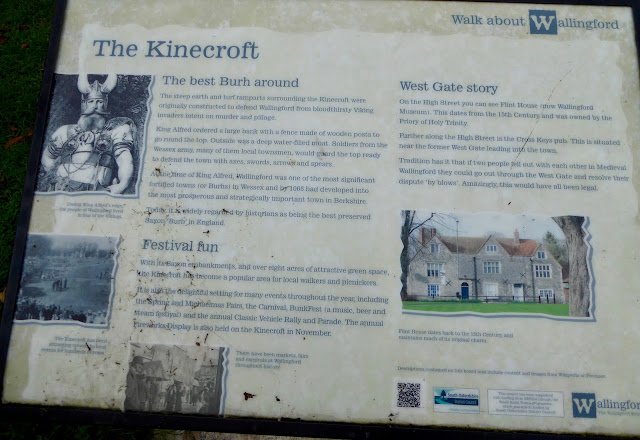 For centuries Wallingford was though to be Roman but is in fact a Saxon fortified town or 'Burh' and is apparently the best surviving example in England.  Its earthwork ramparts were build by order of King Alfred in the 9th century. 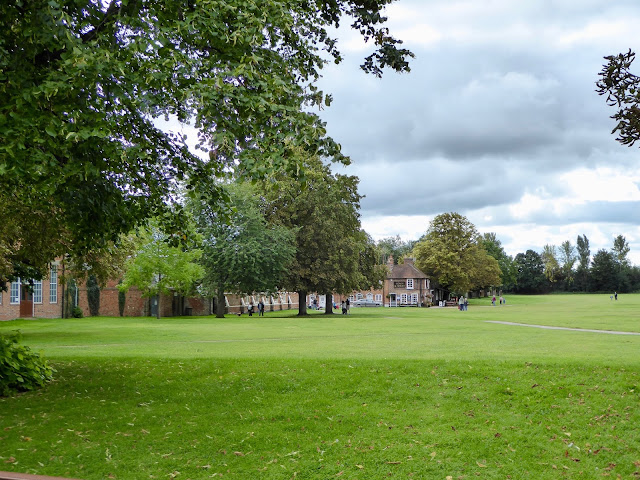 The Kine Croft is enclosed on two sides by these protected earthwork ramparts and for more that five centuries the land was used to graze cattle but is now a public recreation ground.  The Wallingford Bunkfest was held here last weekend. 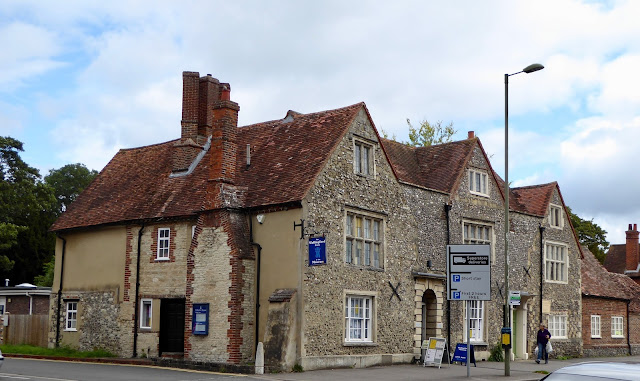 Opposite the Kinecroft stands Wallingford Museum.
There is an entry fee but it is well worth it.  In our opinion this is the best small museum we've ever been in with a wide variety of interesting facts and exhibitions of Wallingford's fascinating history.

The rain came down as we returned to Still Rockin' where we lunched on some delicious locally produced cheeses purchased in the Local Producers Market held every Saturday morning in the Market Square. 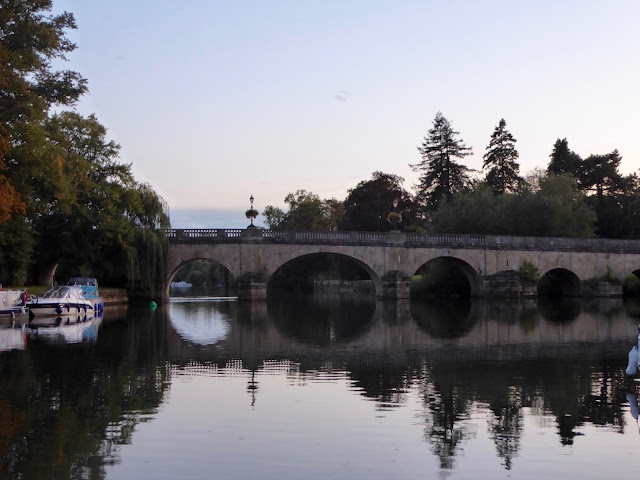 It rained all afternoon and the nights are drawing in but the light just before 8pm ... 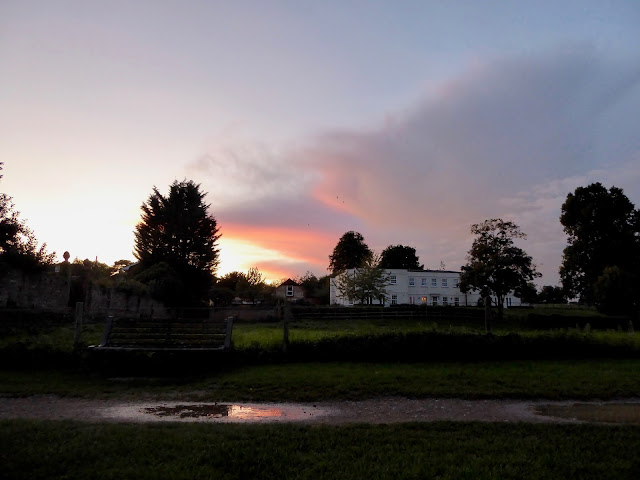 We saw you parked and wanted to say 'Welcome to Wallingford'. However I think you now know it as well or better than we locals do. We often sit 'looking after the river' as it says on one of the benches so maybe another time.

Hello Ralph, thank you for your comments. We're here for a couple more days, If we're onboard please give us a knock.