Apart from the wind and rain ... 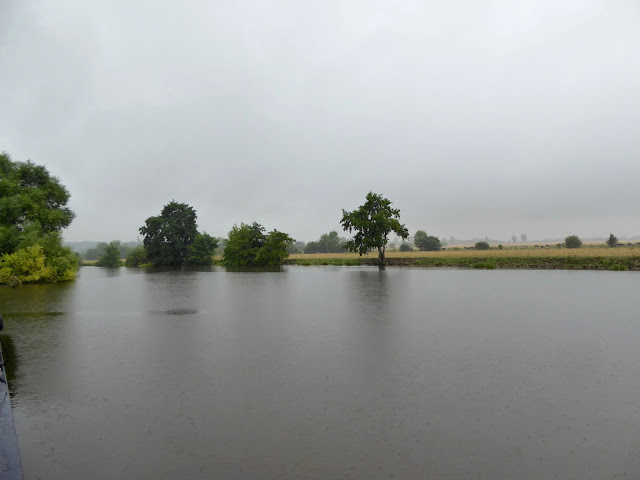 A bleak day dawned on Friday with heavy rain and the wind picking up to gusting at nearly 40 mph! 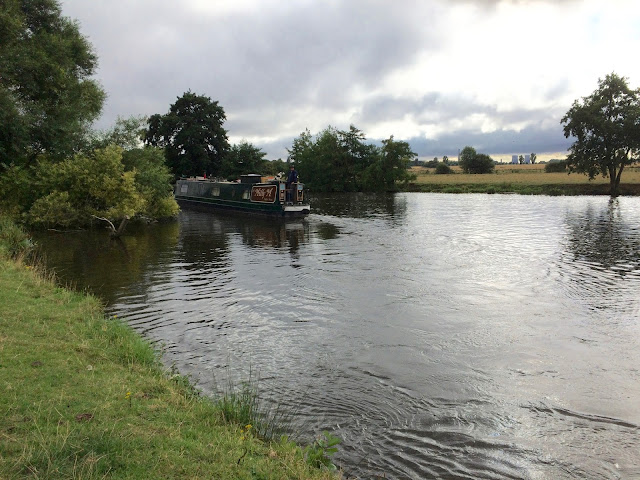 We were curious on Friday afternoon on hearing lots of tooting from the river and looked out to see nb Milly M coming by.  We helped Maffi to moor up in front of us and invited him onboard for tea and biscuits.  It was great to catch up with him, it was 16th October 2014 when we saw him last at Goring, and hopefully we’ll be able to catch up further when he’s on his way back to the cut later in the year. 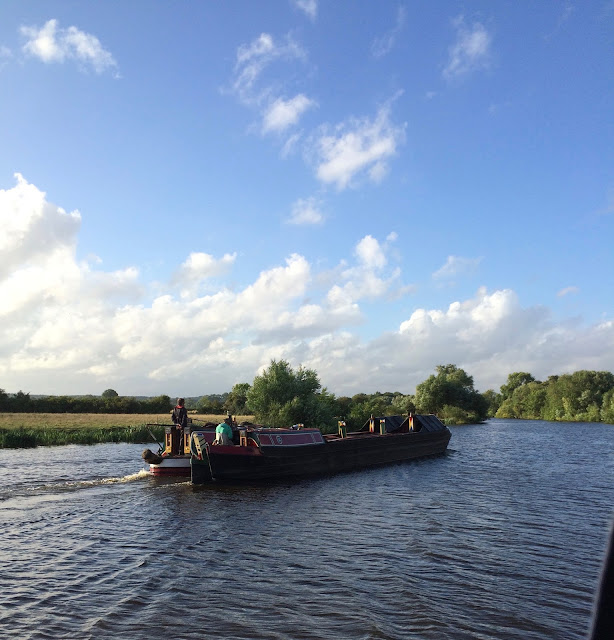 The lovely sound of old engines took us to the window again an hour or so later, when we saw GUCC butty Brighton passing by, we couldn’t see the name on the motor but assume that it’s Nuneaton. 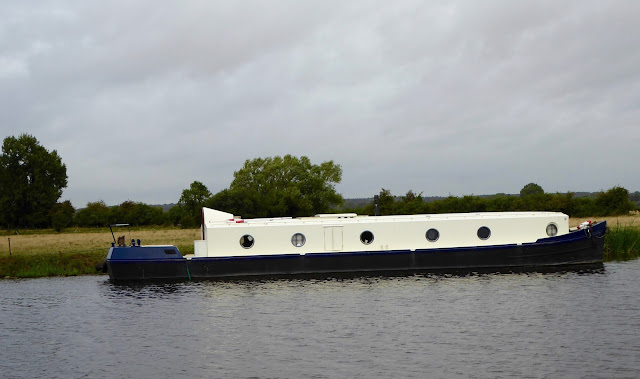 Later still on Friday at just after 9pm we could hear a bow-thruster and engine thrashing the water outside Still Rockin’ and when we looked this boat was either trying to moor in the very shallow water opposite or had beached in the silt by accident.  George went onto the deck to ask if he could help in any way and the steerer said that he was ok, he was firmly on the bottom and was going to stay the night! George reminded him that if the rain continued the way it was the river may well rise during the night and take him off the bottom to drift downstream (backwards) so we were pleased to see on Saturday morning that he’d managed to paddle his way onto the bank to secure his boat with one mooring spike!  He did manage to get away safely later.

So, apart from the above and the wind and the rain there’s not been much going on! No long walks with Molly due to the inclement weather but hopefully today that will change as the day wears on and brightens up a little. We need a few supplies and hopefully we’ll manage to stay dry as we trek into Dorchester and back.
Posted by Carol at 08:57