Our intention this season is downstream to Kingston (last stop before Teddington and the tidal Thames) and upstream to Oxford probably Sandford Lock or maybe just beyond Iffley Lock, time will tell!

It's rather dull and cloudy this morning (23 May) and the wind is definitely cold but by 10 past 8 we'd pulled away from our mooring at Cookham ... 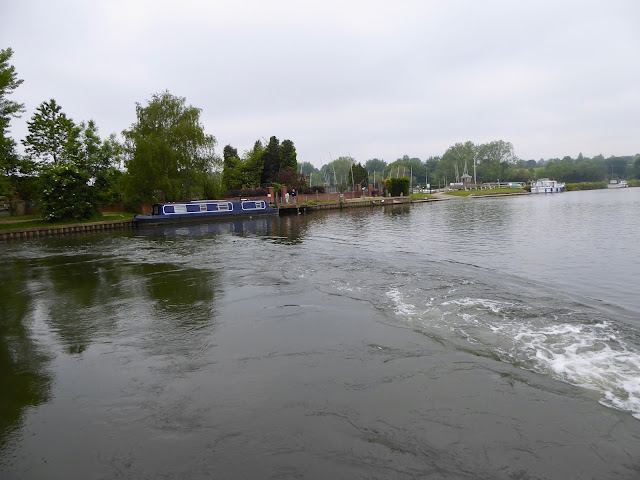 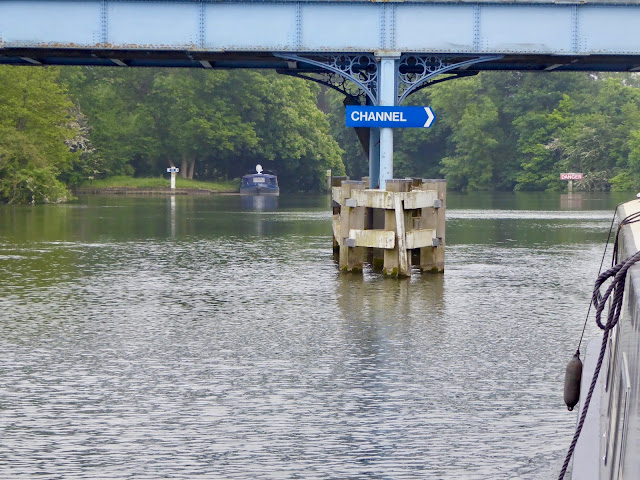 headed back downstream, under the road bridge, quietly passing NPXL still hiding away under the trees as we turn left ... 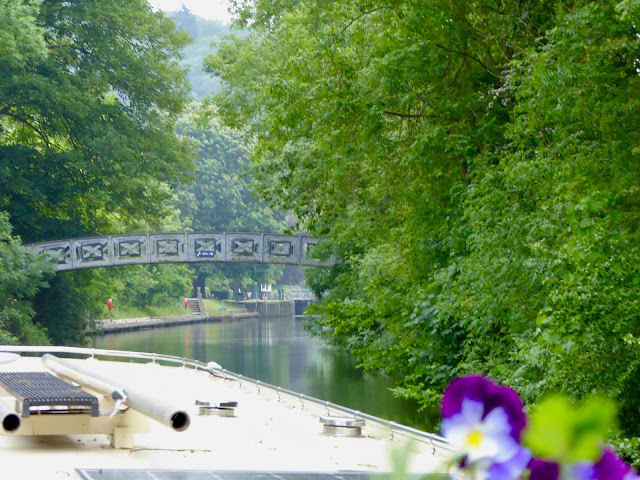 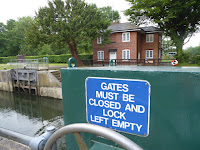 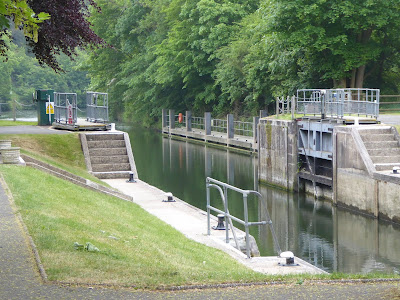 It being before 9am when the lock keeper comes on duty, George dropped me off on the landing and I walked down to operate the lock where someone had once again left the lock gates and sluices open despite the large sign on the lock console. 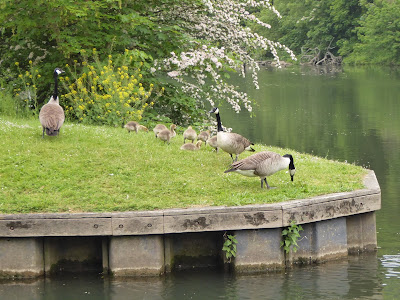 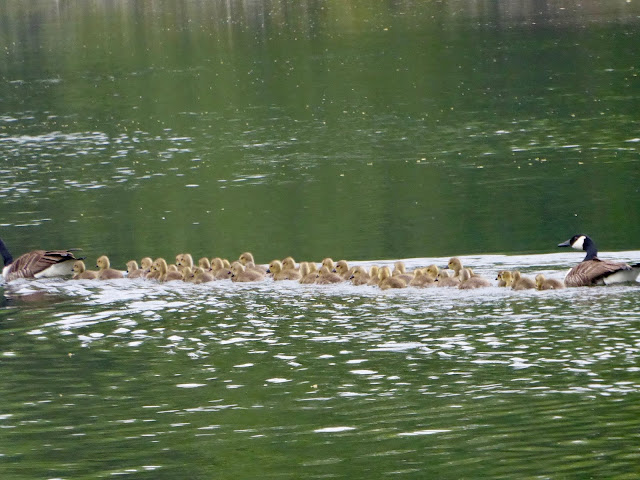 Canada Geese with at least 34 goslings - is this called a crèche? 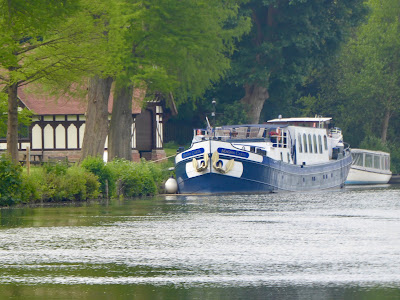 Passing the Magna Carta once again, he's taking on water ... 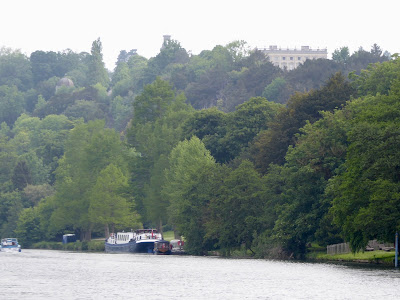 at the National Trust site at Cliveden 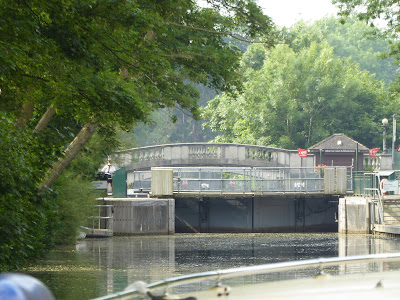 Through Boulter's Lock at Maidenhead and ... 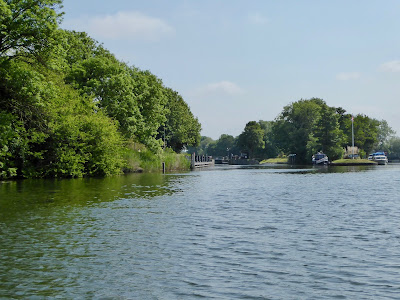 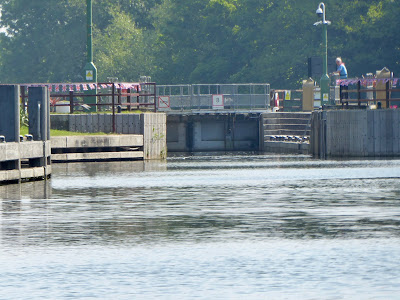 ... to Bovney where the lock keeper saw us coming and had the gates open 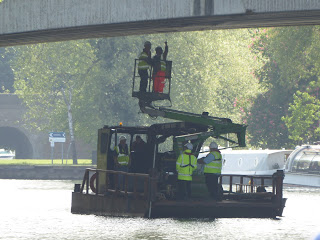 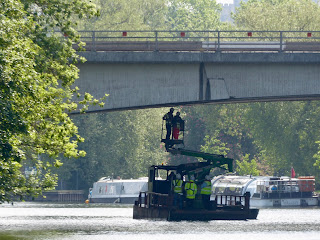 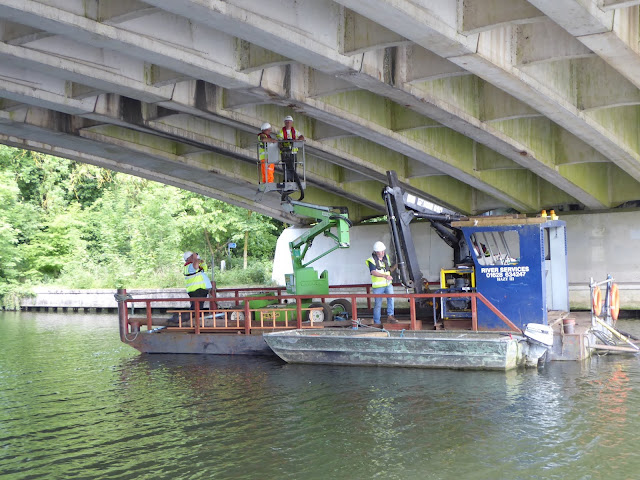 ... and on through Windsor Reach where the underside of Windsor and Eton Bypass Bridge was being inspected.  I hope all was ok with it. 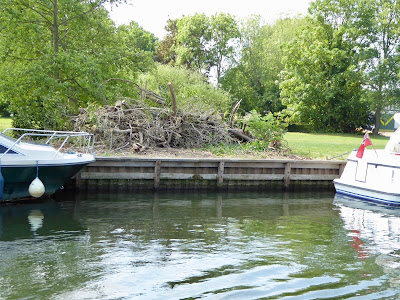 The powers that be have eventually removed the fallen tree from the river on Bath's Island moorings, about time too. 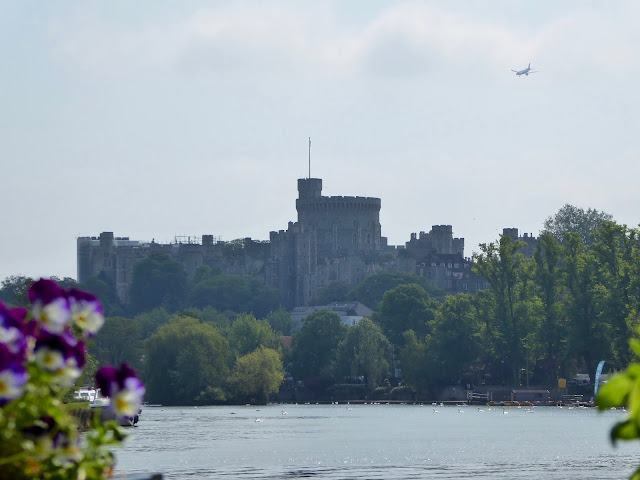 I can't resist a photo of Windsor Castle whenever we pass this way, but this time I noticed something I'd not seen before ... 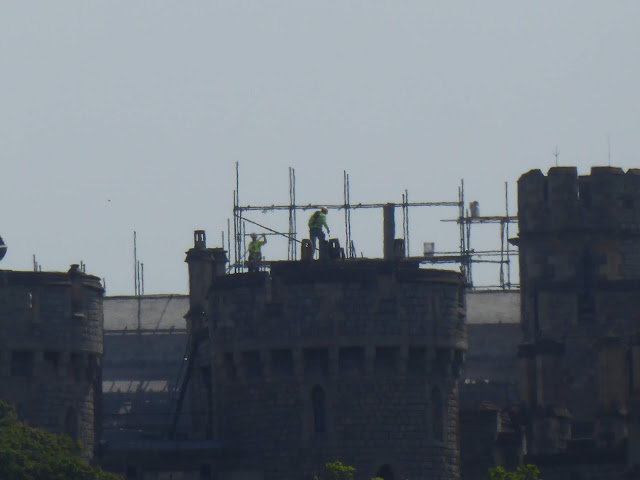 Men at work on top of one of the towers 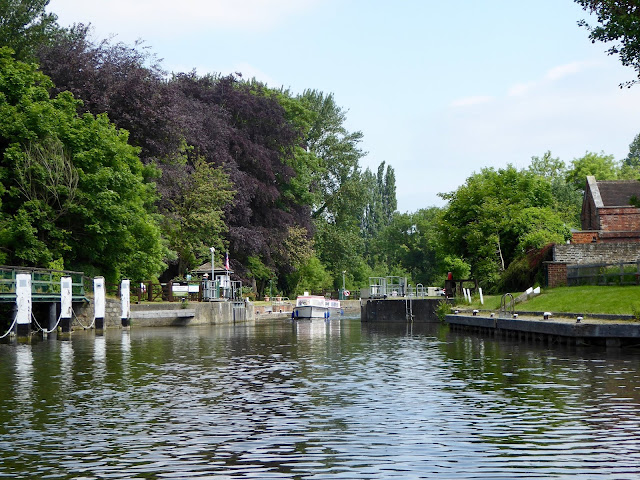 Waiting for Romney Lock to empty of boats 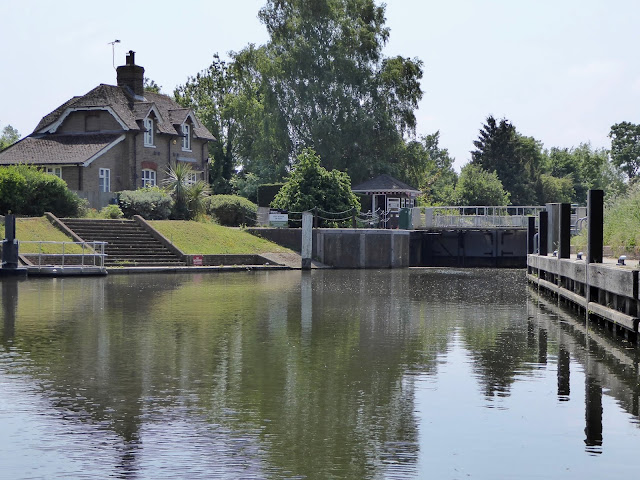 ... and also waiting at the pretty setting of Old Windsor Lock 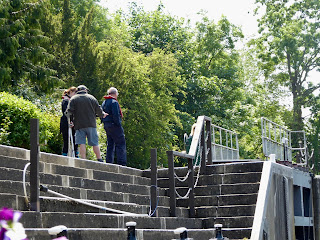 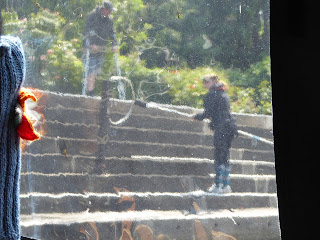 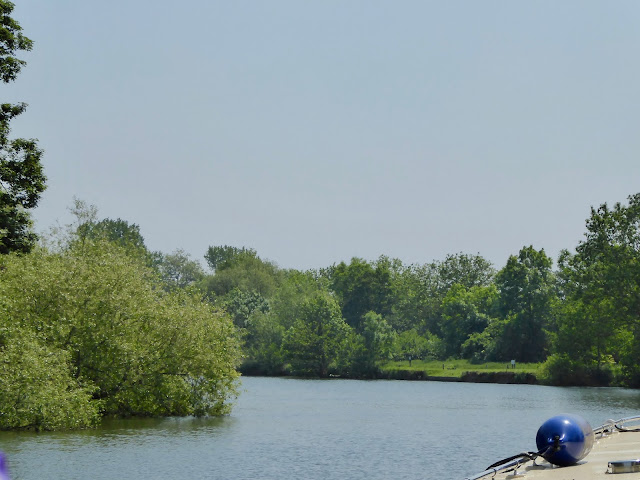 By 12:30 we could see that there was space at one of our very favourite moorings ... Runnymede and were so happy that what we call 'pole position' was also vacant. It's here we shall spend the Bank Holiday weekend.  The weather though doesn't sound too good though with threatening heavy rain and thunder and lightening ... a typical bank holiday perhaps?
Posted by Carol at 12:46