Friday (20th April) we decided a walk was in order, a circular walk along a permissive route towards Mill End, Hambleden and back via the Thames path (towpath) 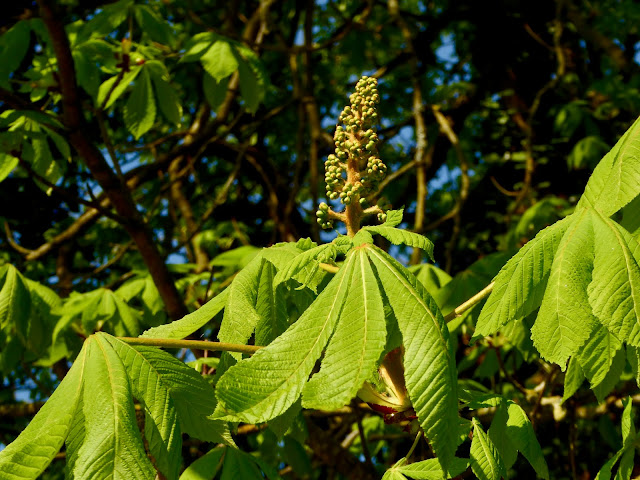 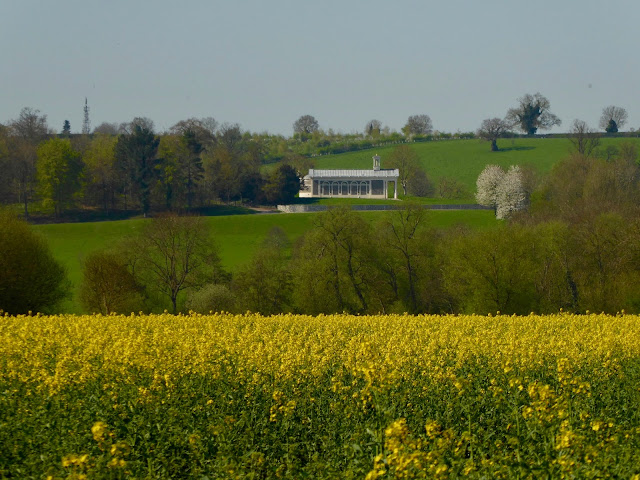 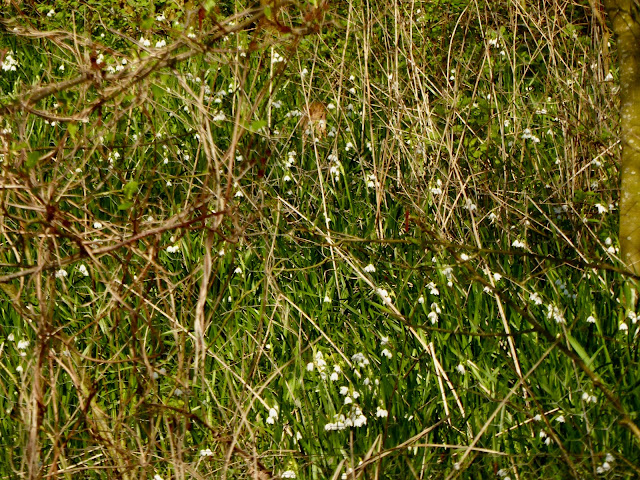 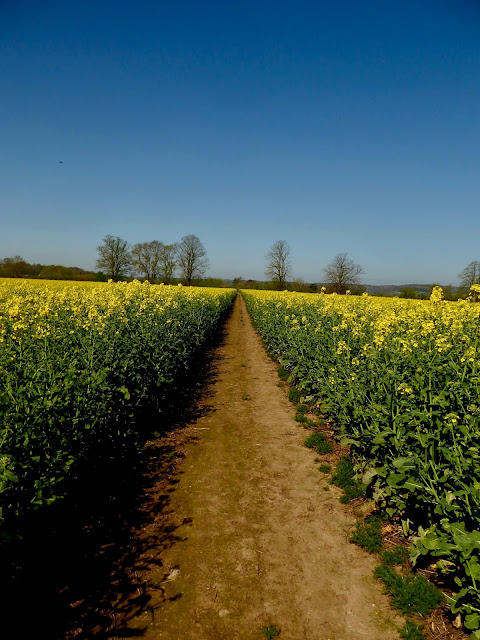 Pretend we're in France and these are sunflowers! 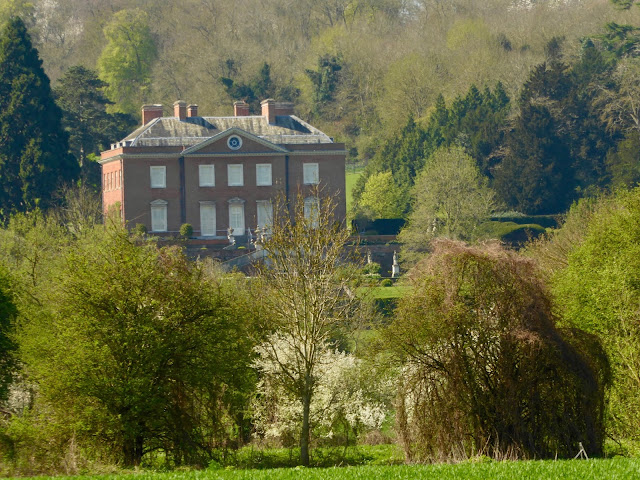 The current house (Culham Court) was built around 1770 for London lawyer Richard Mitchell after the original house was burned down "due to the carelessness of workmen" during repairs.  The house has had many owners since then and in 2007 Urz Schwarzenback, a Swiss banker, purchased it for £35million. 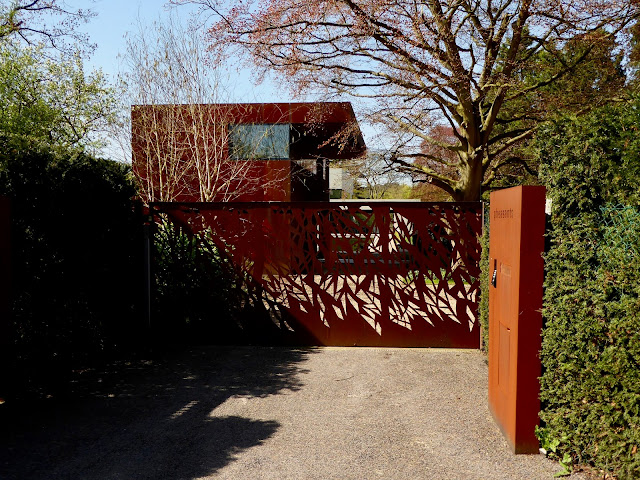 This house looks straight off Grand Designs. I love the rusty metal gates but not sure of the rusty buildings. 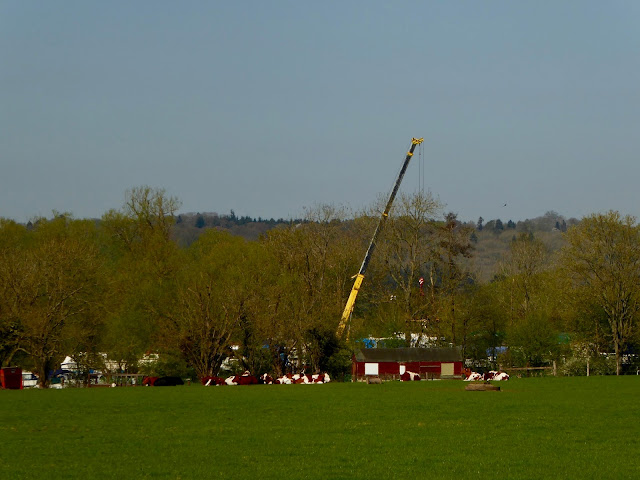 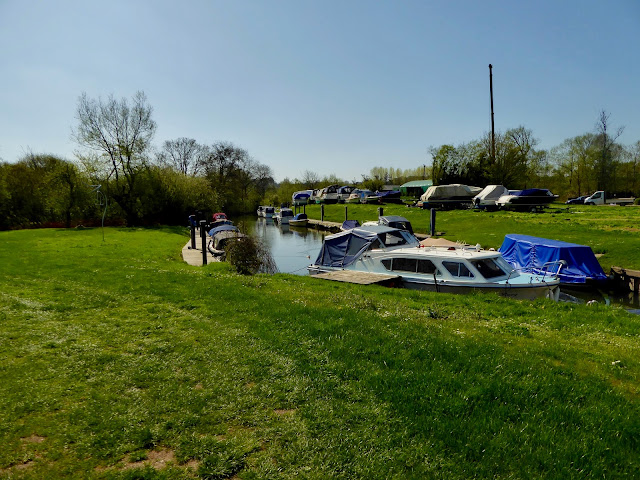 It all looks very different! 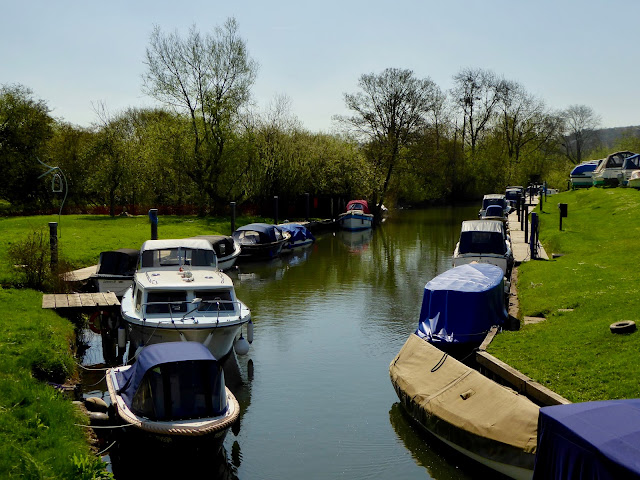 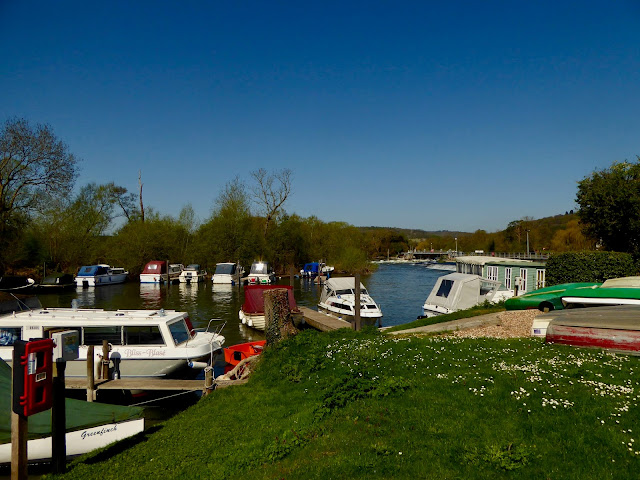 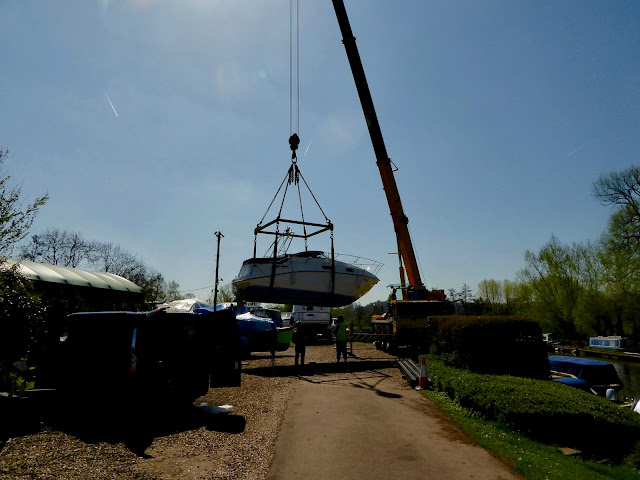 Marc Director/Manager of the marina was having problems with the crane, so we didn't disturb him, it looks as if he's got enough on his plate. 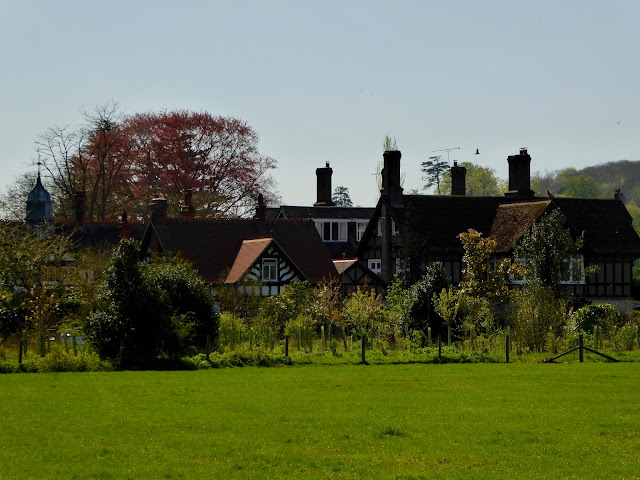 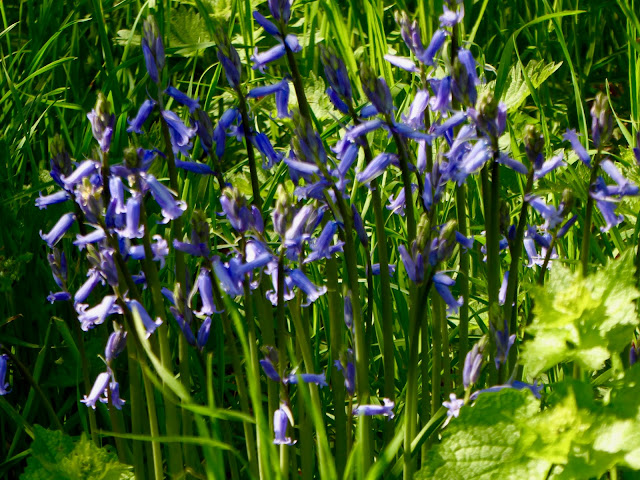 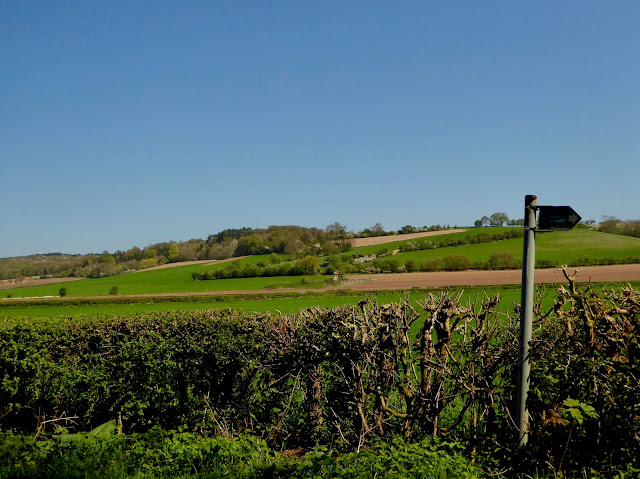 Great views over Hambleden Valley to the Chilterns 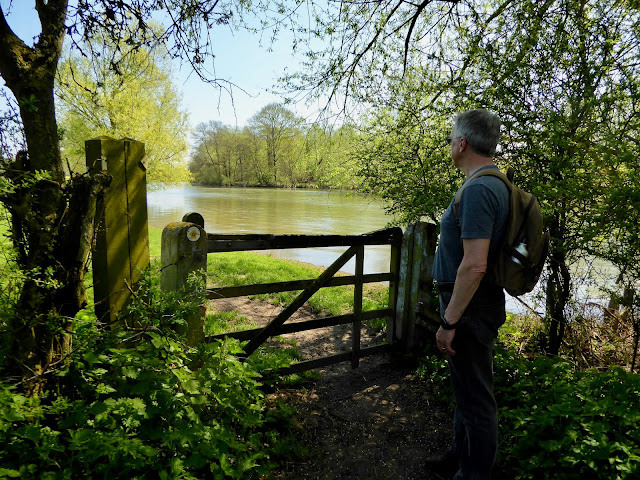 The gate is at the entrance to Medmenham meadows 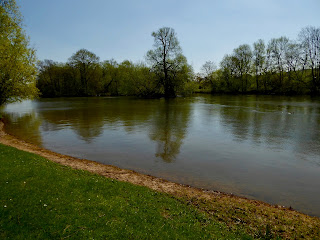 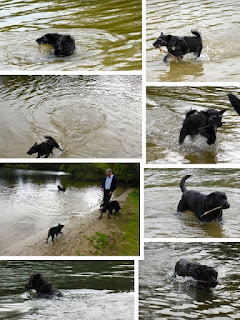 ... and just beyond is a 'beach' where we used to bring Molly for a paddle and to cool off.  The smaller pictures are of Molly with Floyd and Fletcher, Joe and Lesley's (nb Yarwood) labs at this beach, when we spent some time with them on the Thames in September 2015.
Posted by Carol at 16:08

And your away!! Free at last, free at last! Gorgeous pictures as usual. I love the ones of Molly frolicking. Isn't the sunshine glorious?? Even now after a an overcast day and several passing rain showers, the sun is stretching its last long rays through the boat and the world seems lighter somehow.

Happy cruising!! Love and hugs to you both,