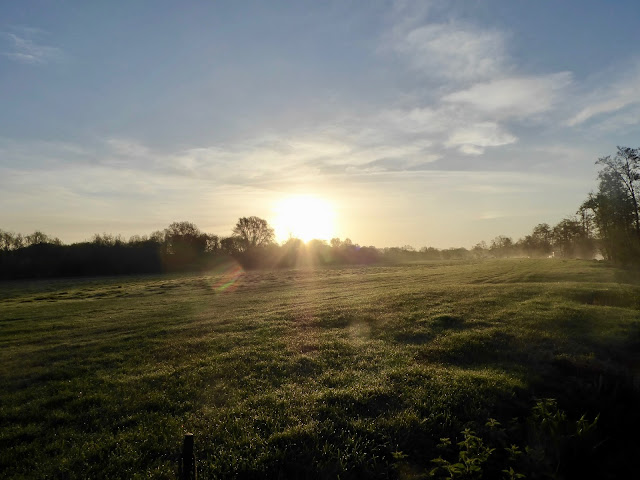 6:30 yesterday morning just as the sun was rising 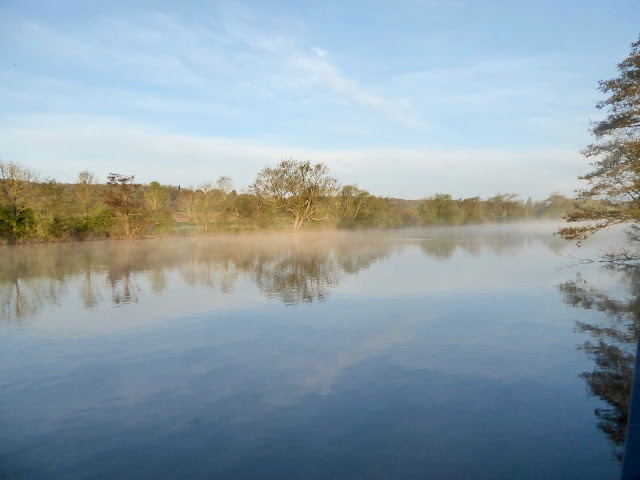 ... there was a mist on the River Thames at Medmenham. 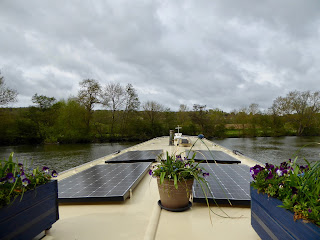 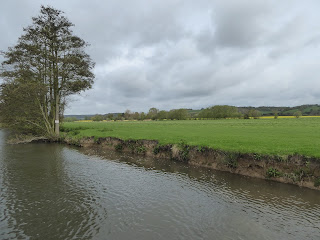 We're were the move today, reversing away from the meadow and turning Still Rockin' using the current to bring the bow round 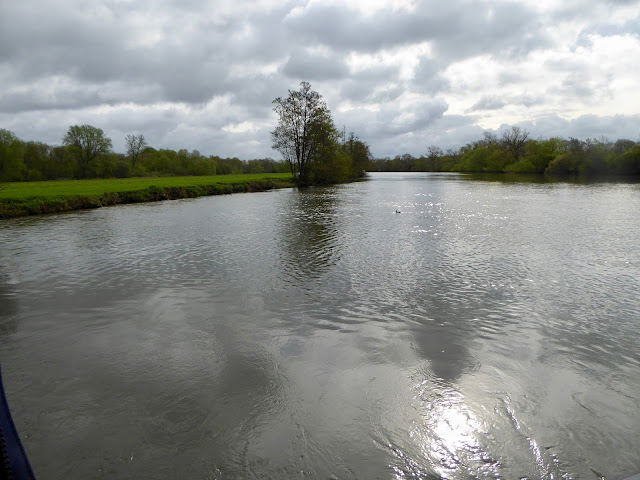 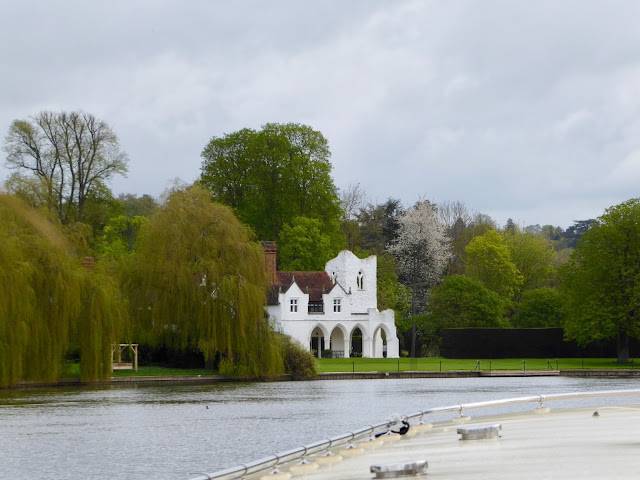 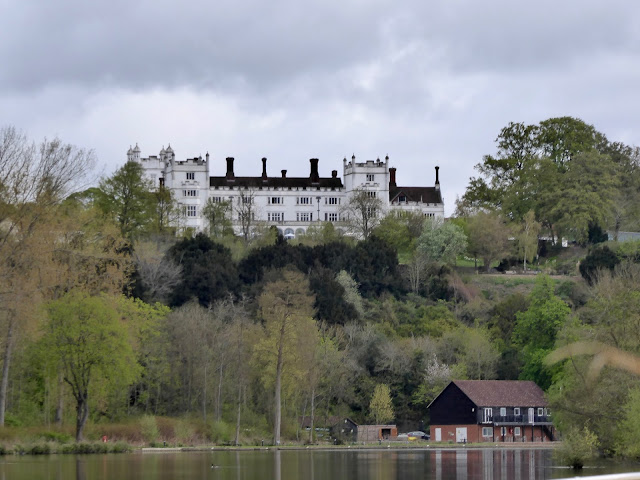 ... and Danesfield House high on the hill.  The property as we see it today was completed in 1901, but there has been a dwelling place here since before 1664.  It is currently a hotel and leisure centre. 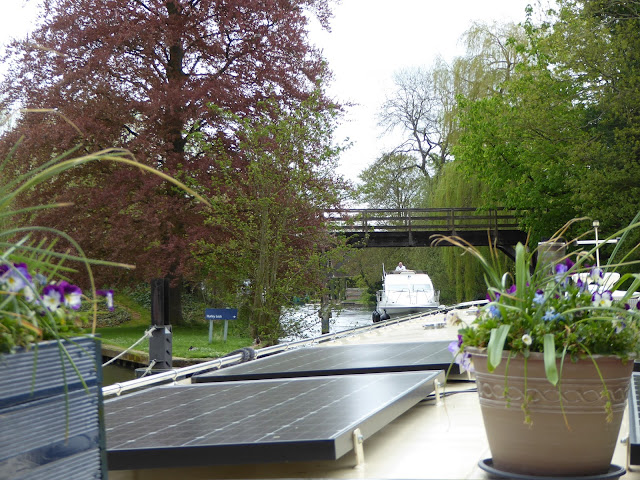 Sod's law ... always meet another boat at a bend or a bridge or often both.  This is as we approach Hurley Lock 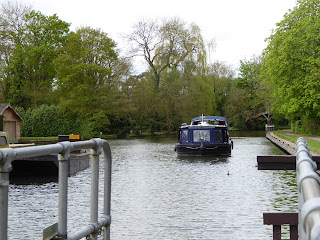 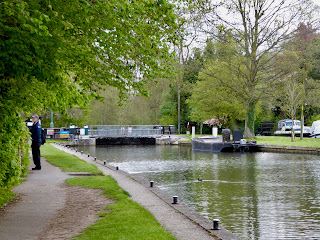 The lock is on self service and the stream warning is on yellow meaning stream decreasing.  The boat we met at the bridge means that the lock should be full and ready for us but I had to top up the water before the gates would open whilst George brings SR in. 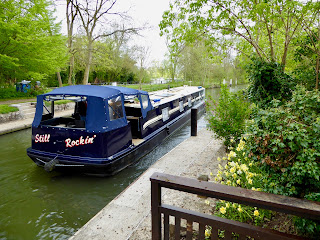 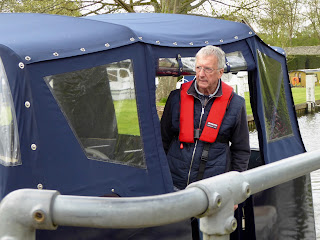 Concentration as he expertly bring her into the side and ropes the bollard while I close the gates.  Once through he's waiting to pick me up. 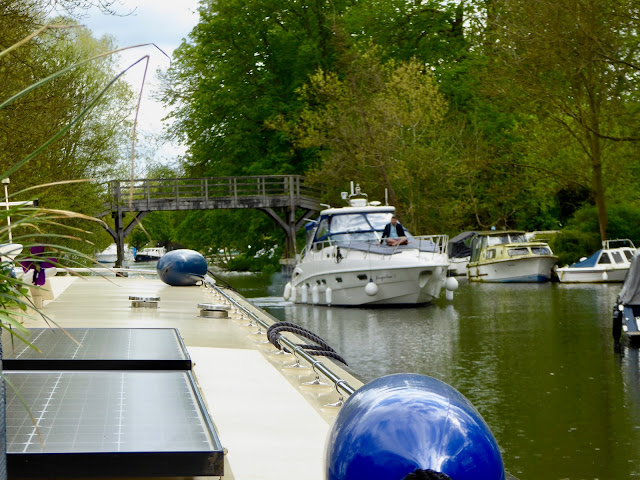 I need to be quick as yet again it's another awkward space to meet another boat! 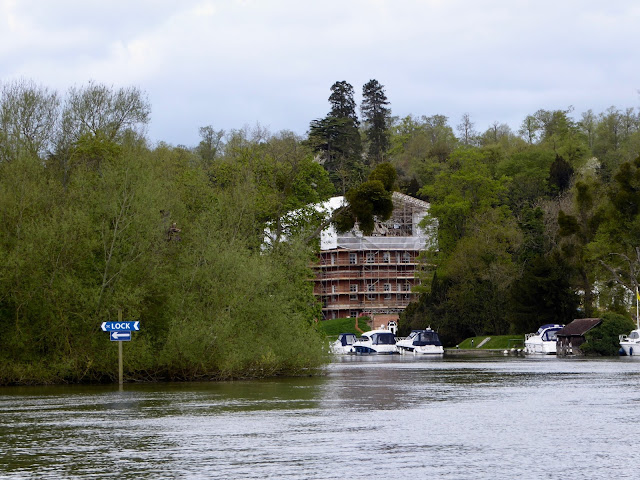 Looking back as we leave the lock cut at Harleyford House an 18th century Georgian Manor house restored to its current state in 1989 and seemingly under renovation today. 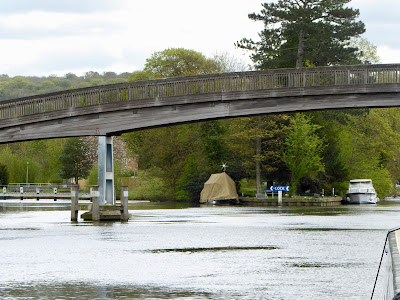 Just a ¼ mile further under Temple Footbridge it's a sharp left into Temple Lock cut, also on self service 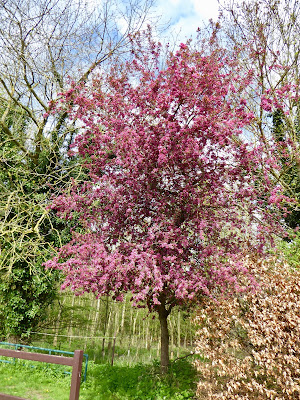 There were boats coming up so I took over the controls where the pink blossom here was glowing in the sunlight. 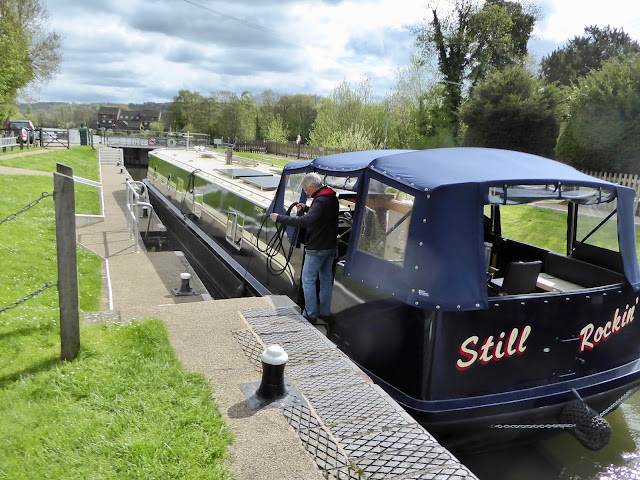 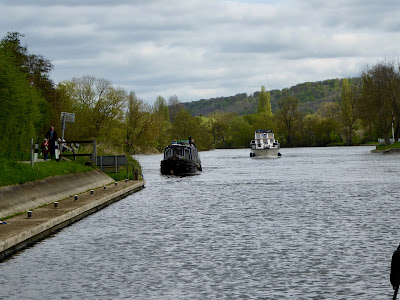 ... and of course there are boats approaching the lock cut as we're leaving the lock.  The weir stream here was coming fast from the right making it a little more difficult to cruise.  We did intend to moor just around that bend but decided that it would be too rough and noisy with the lock traffic and the strong weir stream. 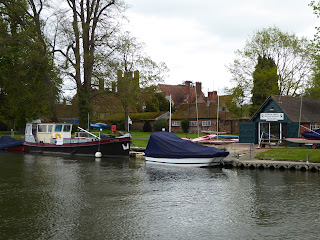 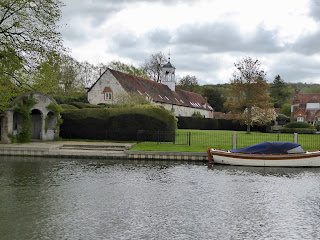 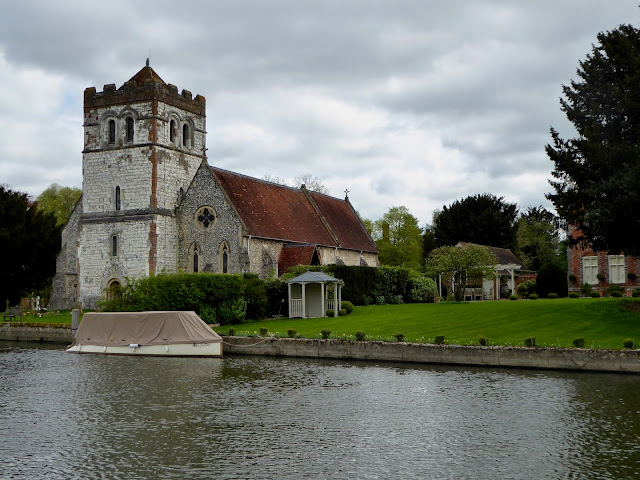 ... and Bisham Parish Church whose Norman tower dates back to 1175 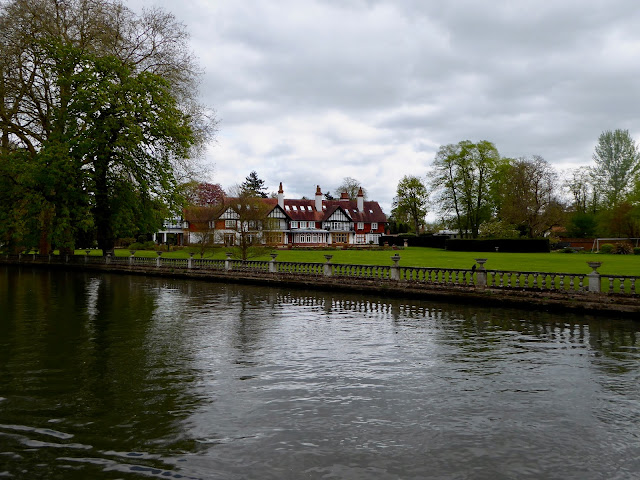 We're soon approaching the grander riverside houses of Marlow and moored up on the 24-hour visitor moorings. 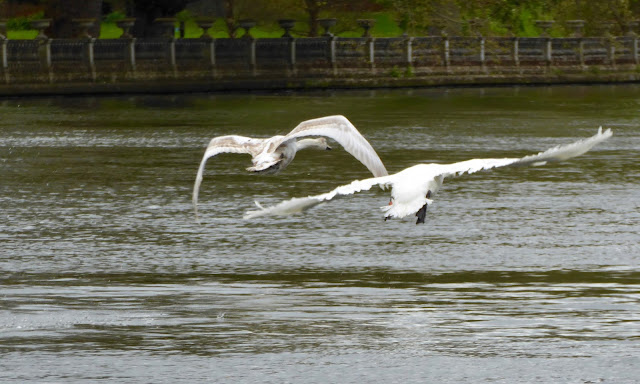 The river was busy with boats and birds ... the adult swans were aggressively 'encouraging' the adolescents to be on their way! 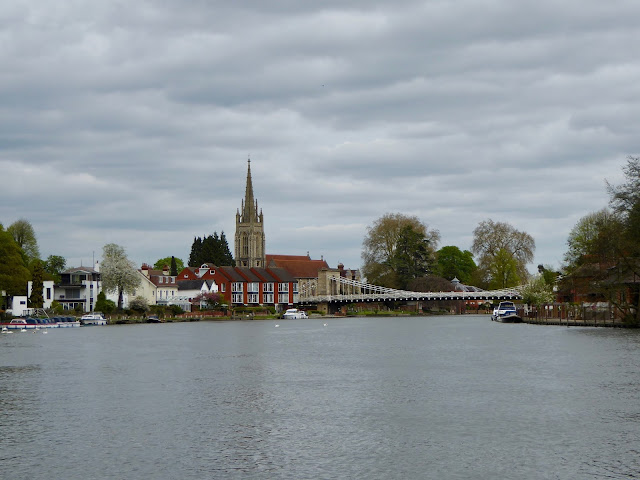 Can't help repeating this photo each time we moor here - perfect!
Posted by Carol at 07:45