We decided to stay above Hambleden Lock for another day as the forecasted rain came on Tuesday during the night and it never let up the whole of Wednesday. 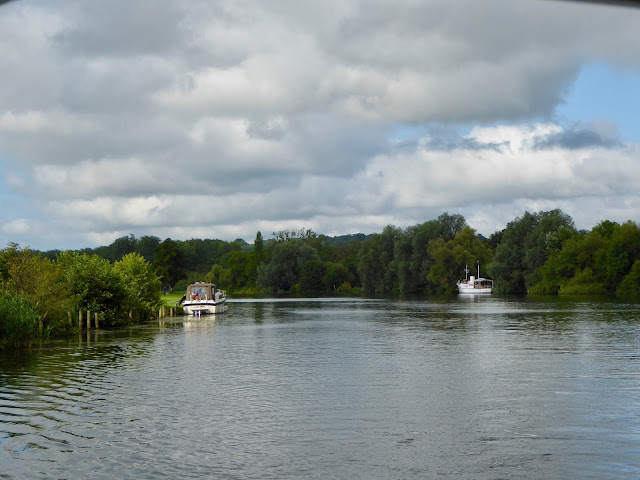 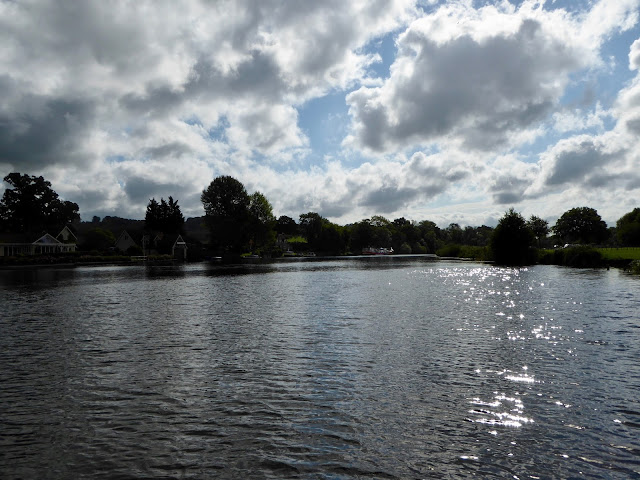 and headed for the lock 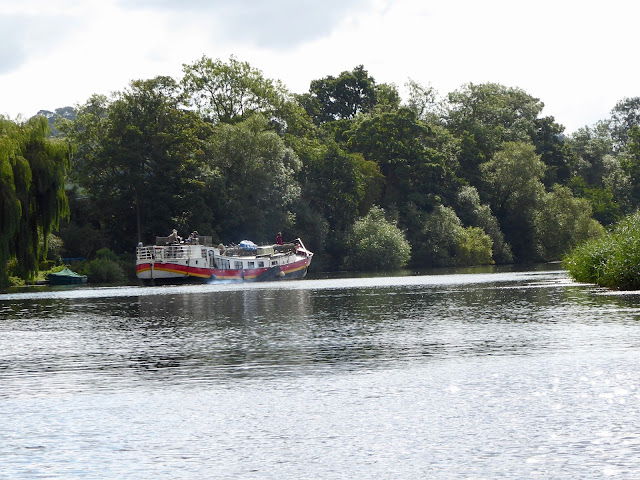 We weren't the only ones on the move, there was a queue at the lock and not enough room for this huge barge to get onto the lock landing so we had to wait mid-river too 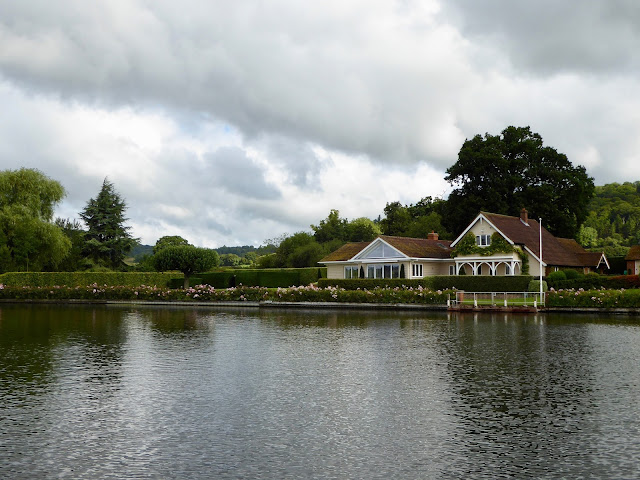 The view was pleasant enough though 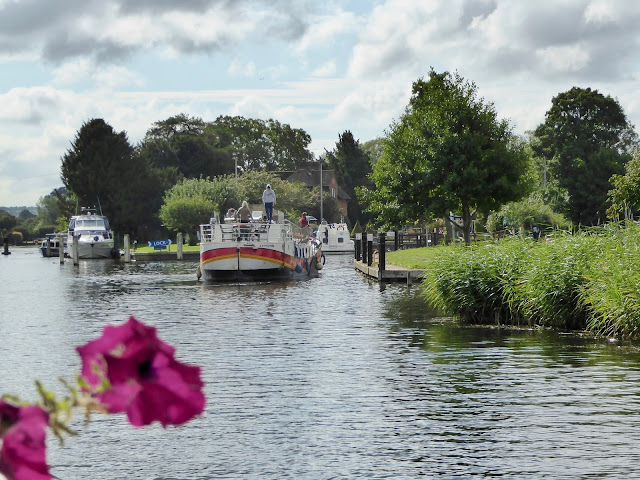 The barge gets onto the landing 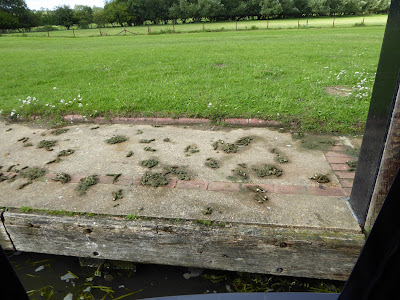 ... and we pull in behind but there is no way I'm stepping off into that! 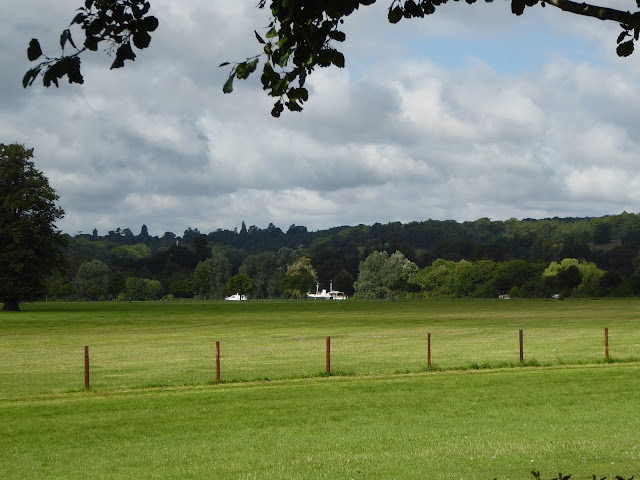 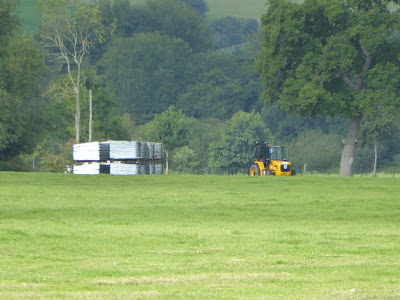 I wonder if this is the meadow where the Rewind Festival will take place next weekend, they appear to be bringing lots of 'stuff' in on lorries. 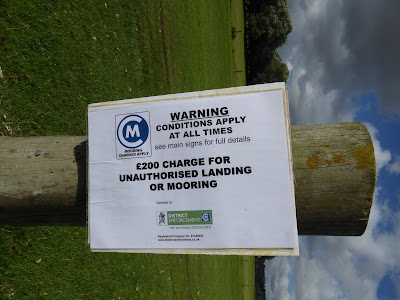 This is what happens when boaters don't pay their mooring fees around here. 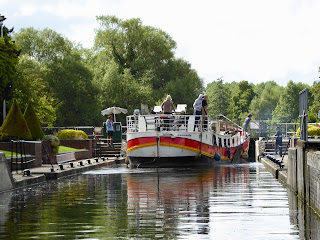 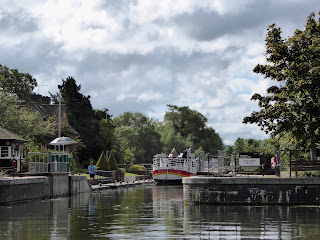 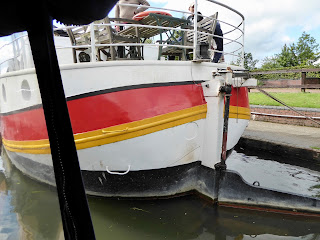 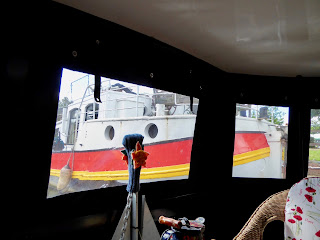 I asked the lady on board to put the tiller the other way as I didn't want us to get caught up with it, we were that close! 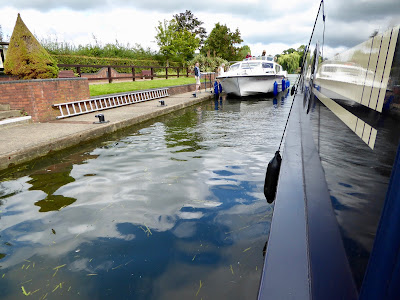 A hire boat came in too 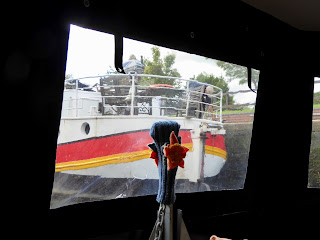 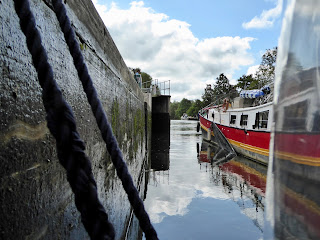 We descended the lock slowly and safely, gates open and off the barge went 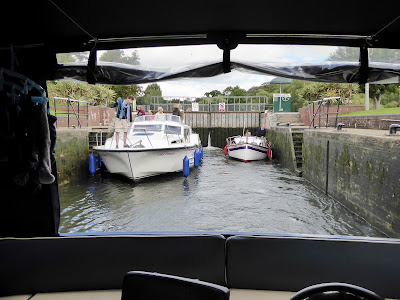 Looking back as we started to leave the lock I was surprised to see that there were two cruisers behind us. 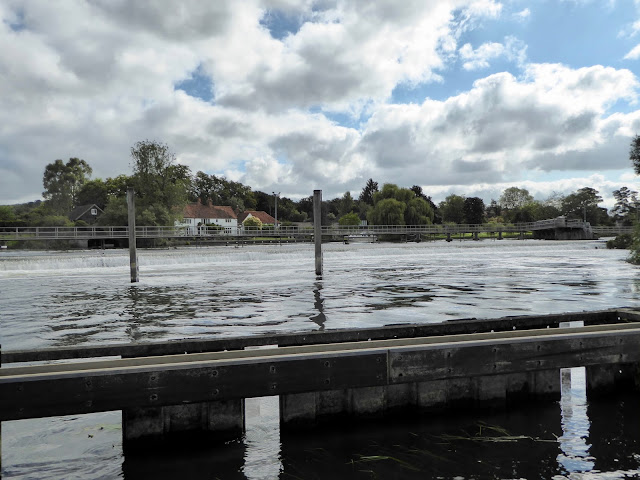 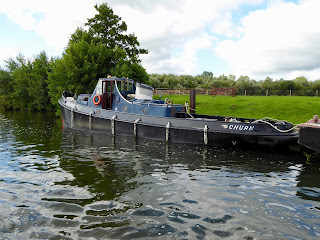 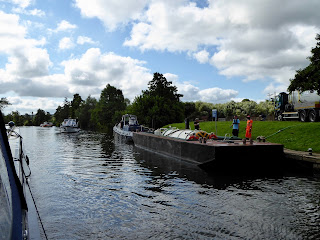 Tug Churn is pulling a hopper with what looks like an effluent tank in it, the contents of which were being transferred to the tanker on the bank, this is how the elsan and pump outs must be emptied at locks with no vehicle access. 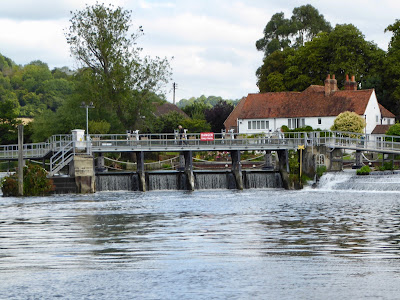 Although we've had lots of rain, we've still not had enough to warrant opening the weir sluices 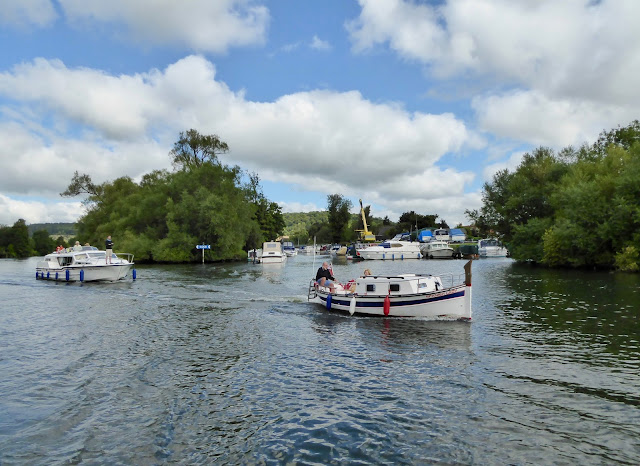 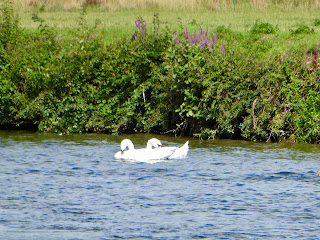 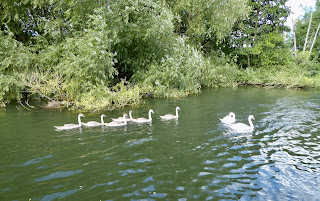 The two swans in the right hand picture were 'courting' 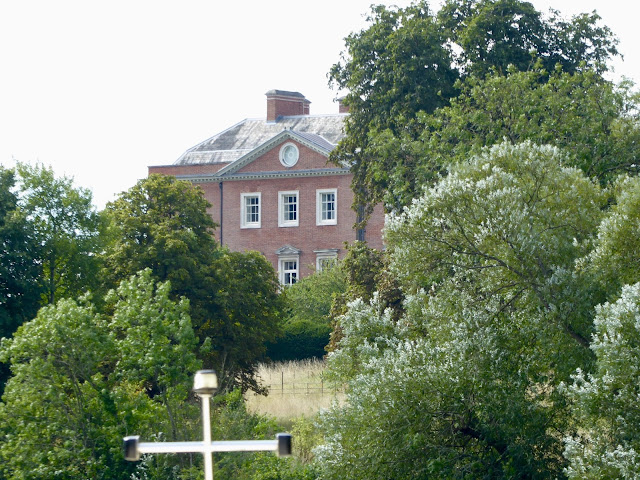 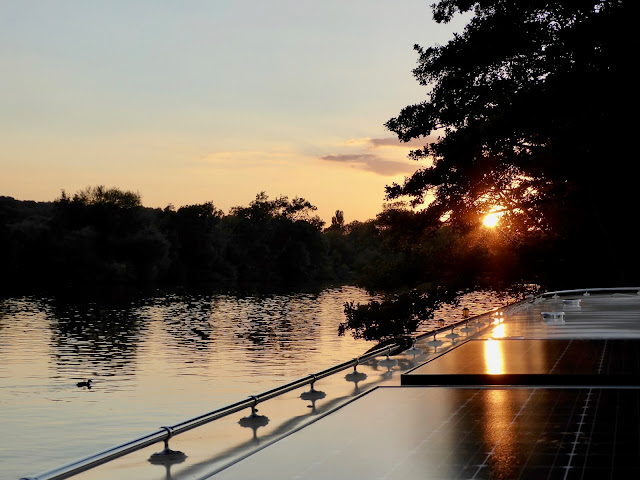 We were soon settled at another favourite mooring on the meadow at Medmenham for a few days.
Posted by Carol at 17:23