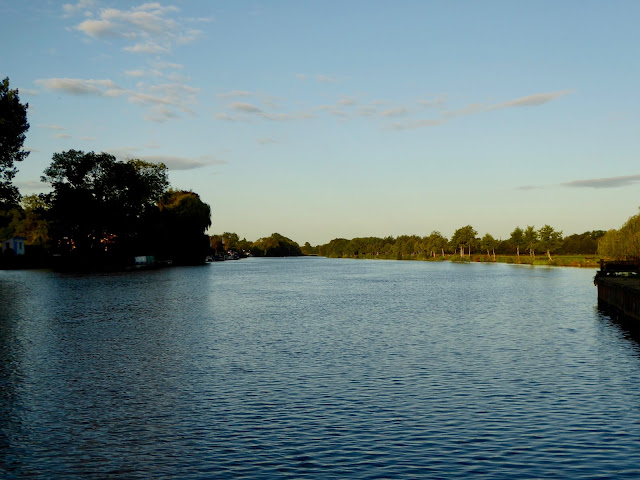 The wind has dropped 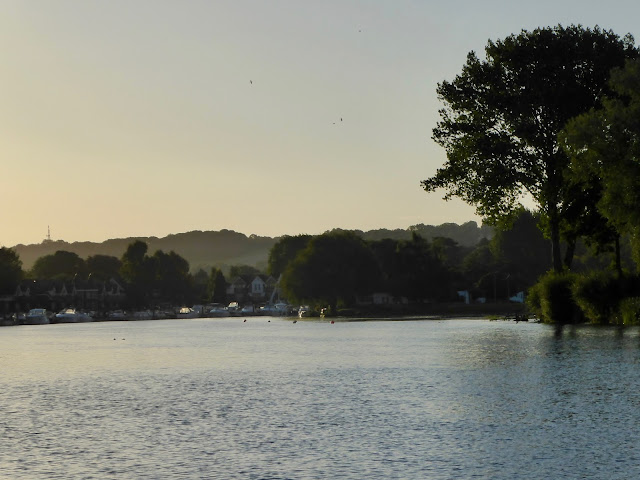 ... the water is calm once again 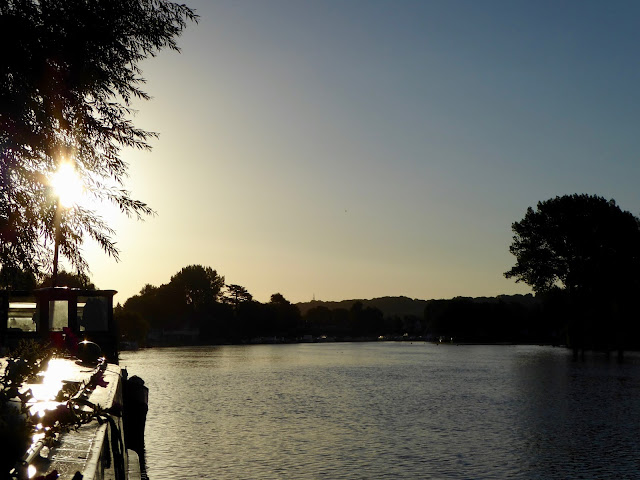 ... and the sun is up before 7am on Saturday morning 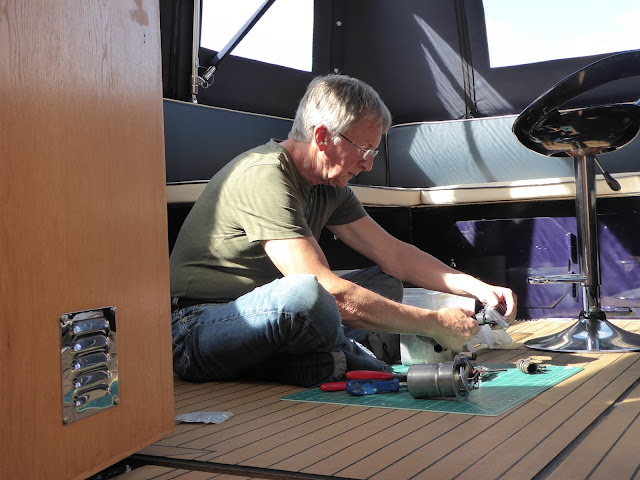 We've had problems with the Webasto (central heating/water heater) leaking water and has ceased to work so George has dismantled it to discover the problem.  He thought originally it was the seals and burner and had ordered, received ad fitted the parts but to no avail as it still leaked.  Next option after testing the combustion chamber for leaks by heating it up with a hot gun and pouring water into the channels and seeing it pour out again at the bottom even though the cracks were not obvious.  He found the part number and cost (£450ish) and we asked at Bourne End Marina if we could have it delivered to them, 'yes of course' they said.  George ordered the part from Evesham Marina at the fantastic price of £350!  The guy on the phone was most efficient and we should receive it today (Tuesday).  Hopefully a good result! 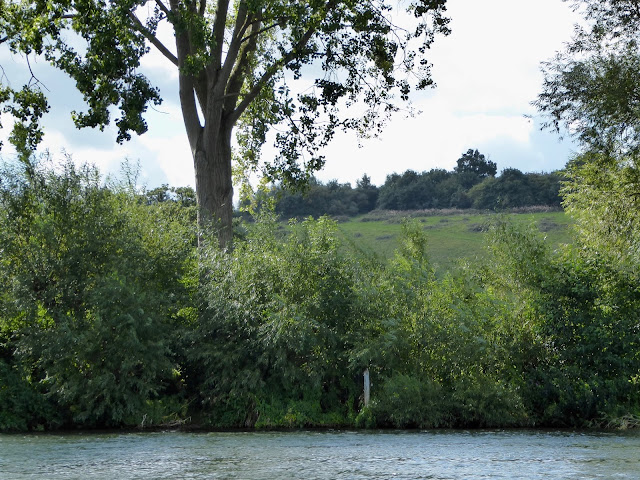 This is what I was doing whilst he tinkered with whatever he's tinkering with ... sitting in the bow looking out over the Thames with a cup of tea and a good book.

Looks idyllic Carole. We have not had such a relaxing couple of days which is why I am behind on the blog, but all will be revealed in due course! We are moored below Abingdon lock - two days ahead of schedule! We will stay here tomorrow and leave on Thursday. I don't know which way you are heading, but I hope we will be in the same place at the same time at some point in our travels? Jennie and Chris

We shall be leaving Bourne End on Friday Jennie. We need to be in Goring on the 12/13th September but not sure yet where we'll go between now and then but we should be able to manage a meeting somewhere along the way I'm sure.

Ouch ... an expensive repair for such a young boiler !! Lucky George is good at yoga / meditation with a webasto on the mat!.

Also catching up on blogs. Currently at Runnymede where I briefly met up with NPXL crew and dogs x 4 !! Mrs B has jumped ship for a few days.

Heading upstream again from Friday ... but it looks like you'll be also turning to go 'upt'. Hope our paths cross at some point soon.

On matters fire fighting ... clearly a quiet day at the local fire station !!

But your comment and the others brought back vivid memories for me. I also trained on green goddesses in '79 at Cosford ... just can't remember why !!

But the real 'fun' started on my posting to Cottesmore where it somehow seemed sensible to have a Tornado avionics engineer with two years expensive tax payers training just completed ... sat on crash duty in the runway fire hut. Volleyball anyone ??

They had the last laugh though. On my last night shift after 9 years service and as flying ceased, I was surrounded by my 'mates' and tie wrapped to a gantry before being covered in gunk and 'chicken sh*t' (oil absorbent grit) and pulled out onto the pan to be hosed down by a massive water cannon used to extinguish burning wrecks. Even now I recall the power and sense of drowning. Oddly an honour really, nice that people could be bothered to organise such an unauthorised send off. Happy (distant) days :)

It would be good to meet up - I will keep up with your blog. Maybe it would be best to communicate by email? If that suits maybe you could send yours to my blog and I will not publish it? Hope to see you soon. Jennie x

I'm sure they will Paul. That was certainly a novel way of saying cheerio!