We continued our walk along Thames Street, Wallingford and eventually reached the Thames Path which would take us the four miles to Whitchurch Bridge and Lock.  We didn't take that path but nearby ... 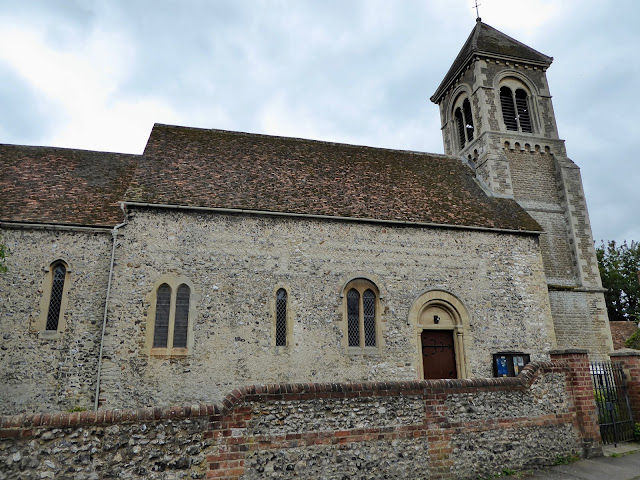 ... we came to St Leonard's Church, the oldest church in Wallingford

Its herringbone stonework (click to enlarge) is distinctive of the Saxon period.  The oldest part of the current church is the tower much of which dates back to the 11c. 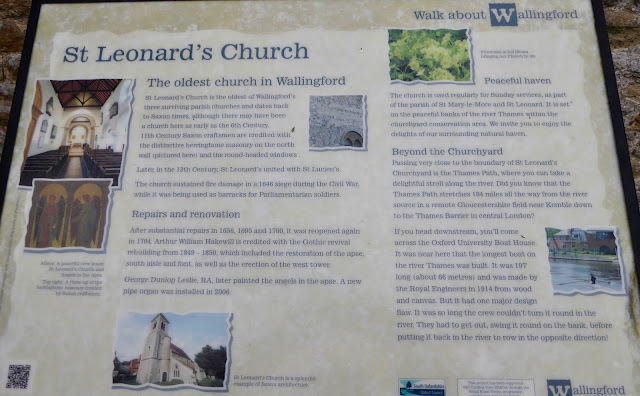 The information board relates a story about a 179' wood and canvas boat built by Royal Engineers in 1914 but was too long to wind (turn) in the river!  It had to be dragged out onto the bank to be turned around to navigate in the opposite direction! 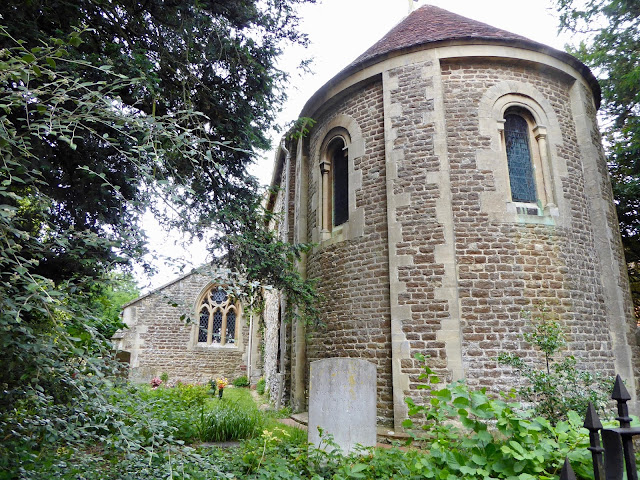 Unfortunately the church was locked so we were unable to see inside. 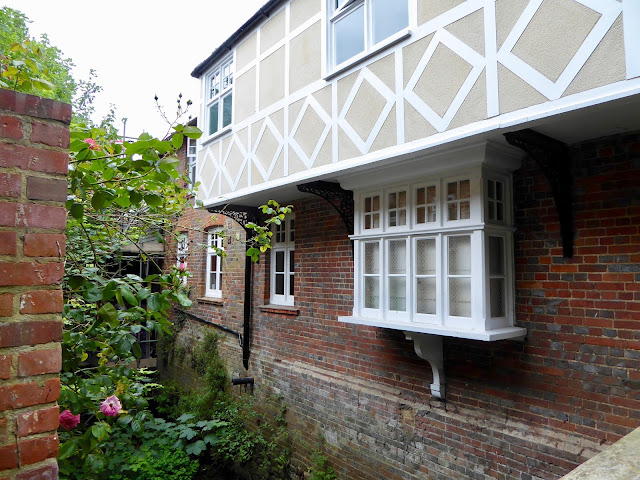 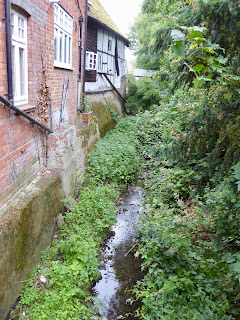 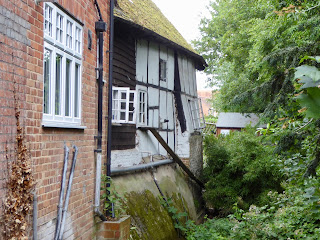 ... and looking towards our right we thought that this building was derelict 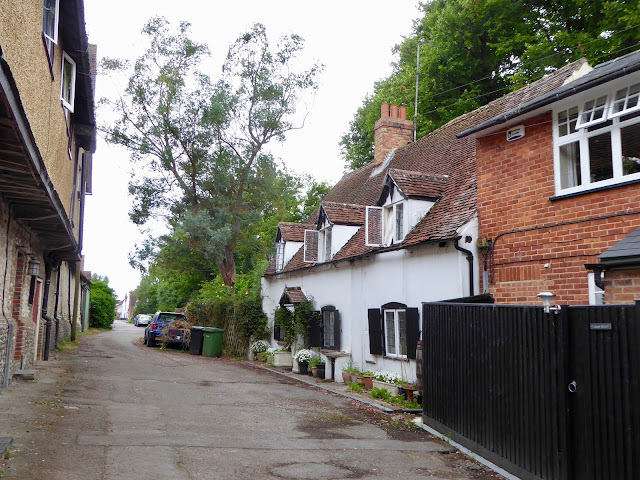 ... but when we came out onto the street it was not at all derelict! 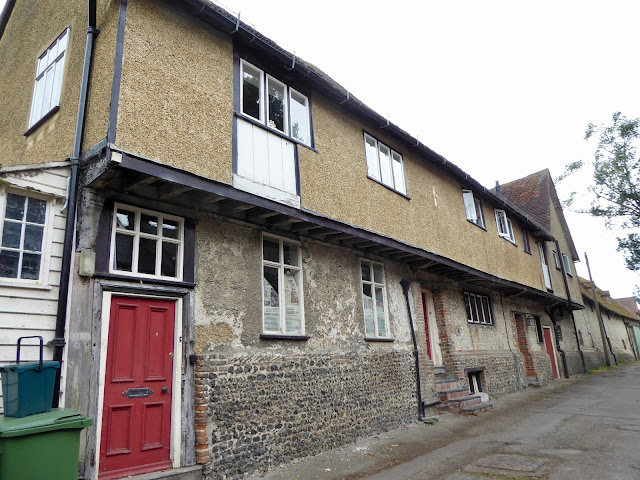 I couldn't find any information regarding these houses but they look very old and somewhat neglected particularly on the ground floor.  I wonder if they were part of the original mill buildings? 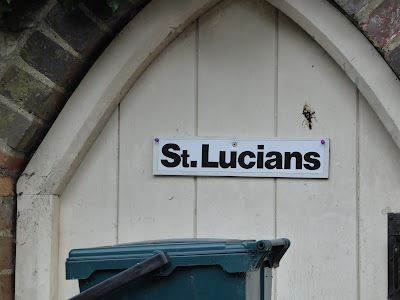 I think this gate must be at the rear of St Lucians, a private house built in the time of Henry VIII 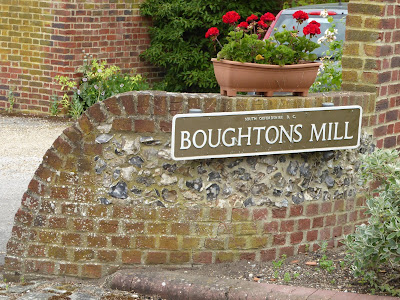 So this is where the old watermill would have been.  In 1880 the mill was purchased by Henry Boughton and was run by him and then by his eldest son Jack until 1982 when it closed.  The building has now been converted to flats 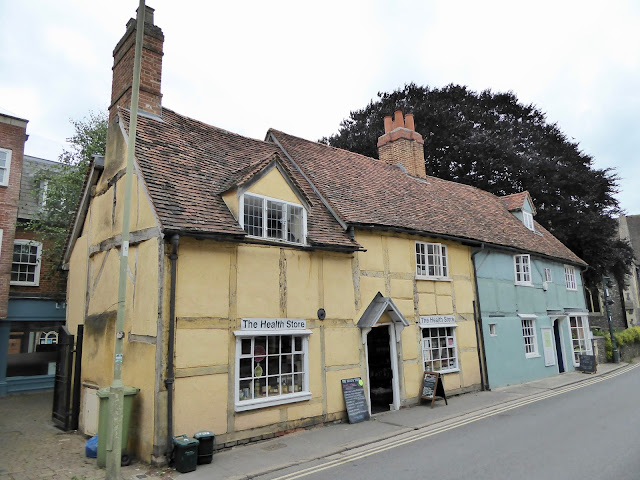 Walking back into the town ... 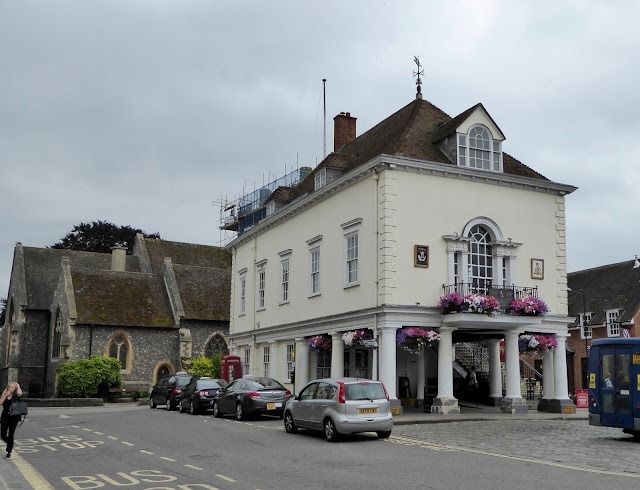 ... to Market Place and the Town Hall 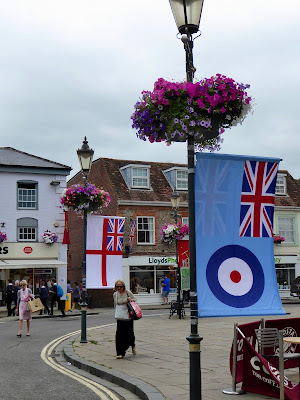 ... and a reminder that  members of Royal Air Force Benson would be marching through Wallingford's streets later in the afternoon.
(see my previous post for pictures of this event)
Posted by Carol at 08:59