Don't know about you, but this heat is melting me.  The forecast if for cooler weather from today; that will suit me just fine!

Tuesday at Goring ... we'd hired a car and had places to go and an appointment to keep, Maffi was heading downstream and Nicky and Keith upstream so cheerios were said; we shall hopefully meeting up again before the summer is out. 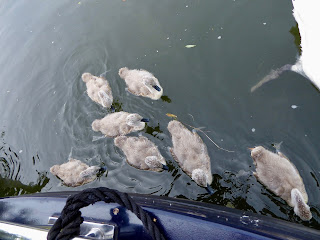 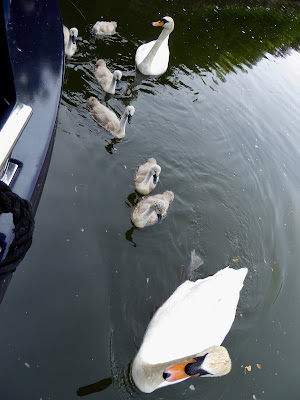 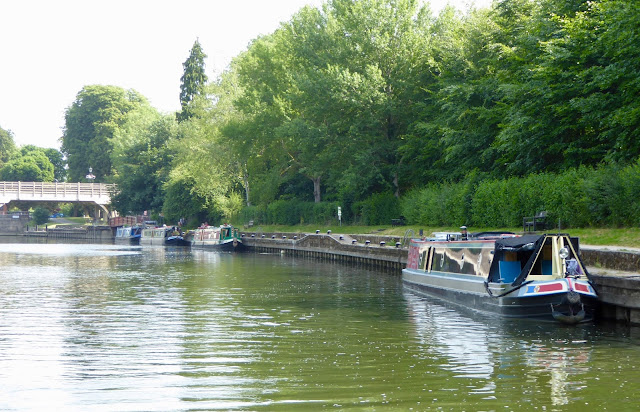 A little way downstream to wind (turn) passing this boat ...
anyone recognise her? 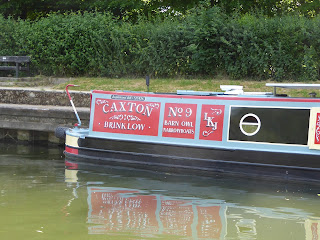 Yes, it's Caxton.  We were sorry not to have been able to meet the new(ish) owners properly, but I'm sure there will be a 'next' time. 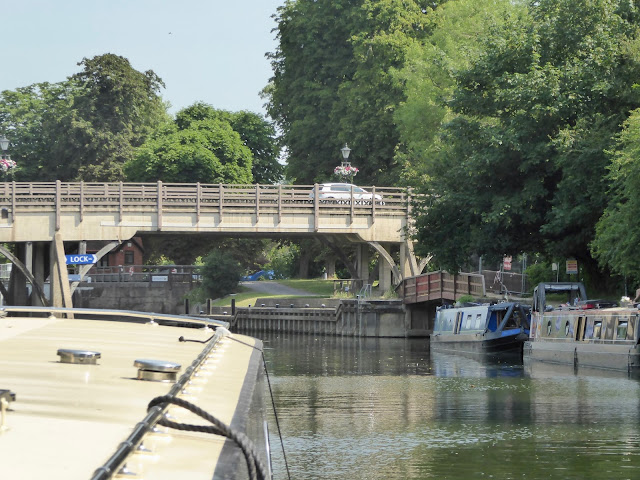 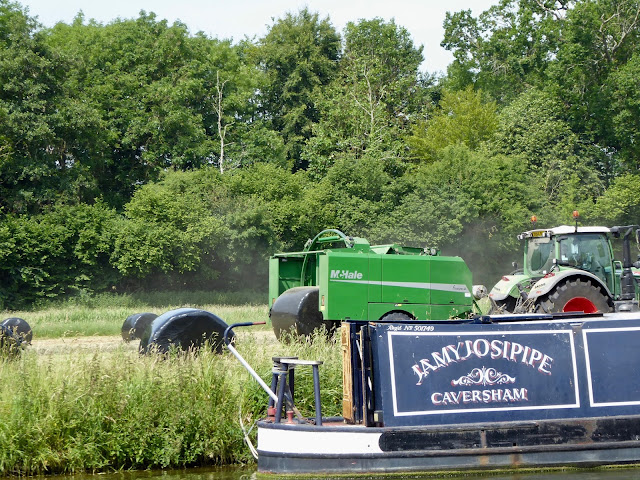 Baling the hay above Cleeve Lock that was cut on Sunday 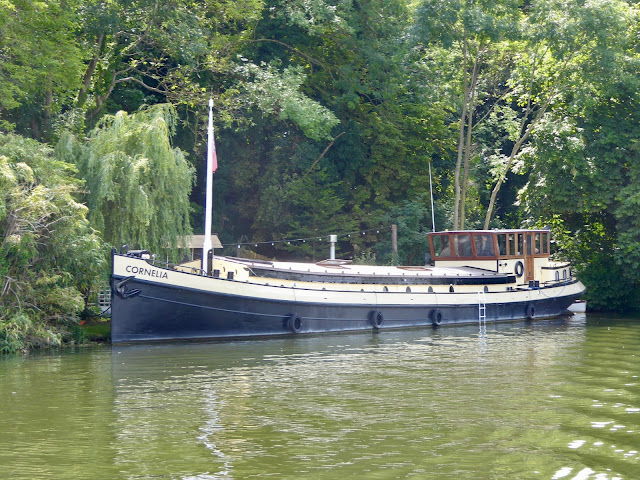 Hello Alf ... is this a Humber Keel too - it's very sleek 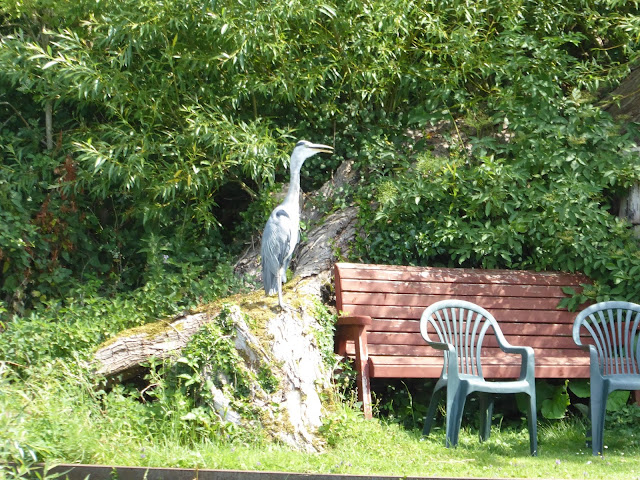 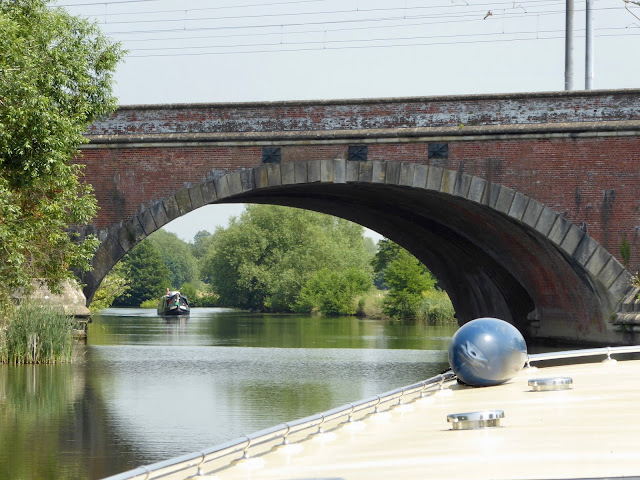 Badger Sett had been in touch, they're moored before the bridge at Wallingford and there's a space for us too .... It took a while to moor up and we couldn't get close to the bank at all, not sure how I was going to get off either.  There was a small cruiser in the next slot which was also in the shade and we hoped that he would be moving off soon, which he did .... lucky us!  We grounded very firmly as we moved round the bushes keeping our fingers crossed that another boat wouldn't sneak into the space before we managed to get off the bottom and into the slot.  We managed though with Keith's help.  Once settled it was out to sit on the grass in the shade, Nicky had gone into town to have a look around and to buy some meat to put on the bbq for this evening.

What a great day we had, more good company and good food, there really is nothing better.  The meadow and riverside was full of people and families picnicking, swimming and generally having fun and it was good to see. 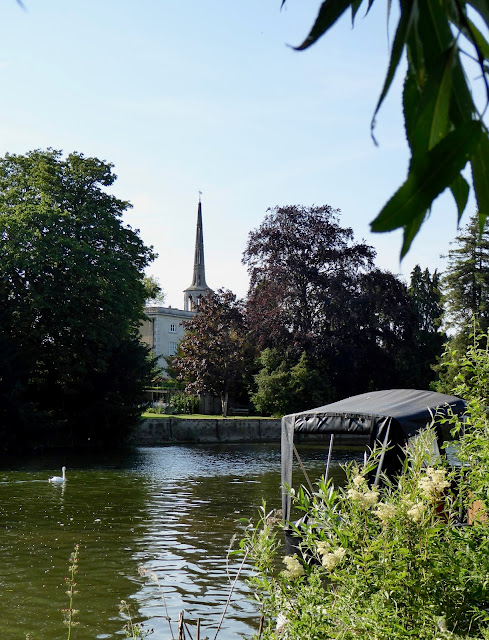 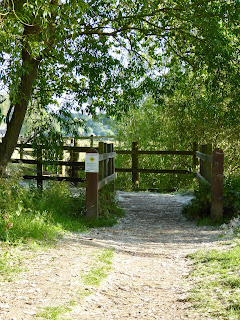 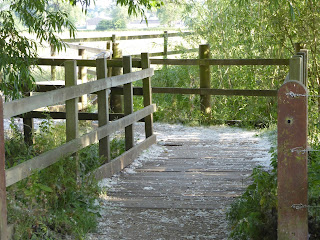 The seeds from the trees were blowing everywhere and the walkway into the next field looks as if it's covered with snow.  Still Rockin's decks look the same, I'll be busy cleaning it all up today. 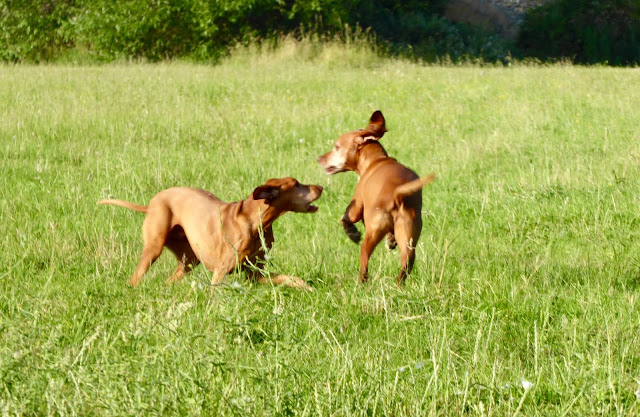 Binks and Benji expending some energy 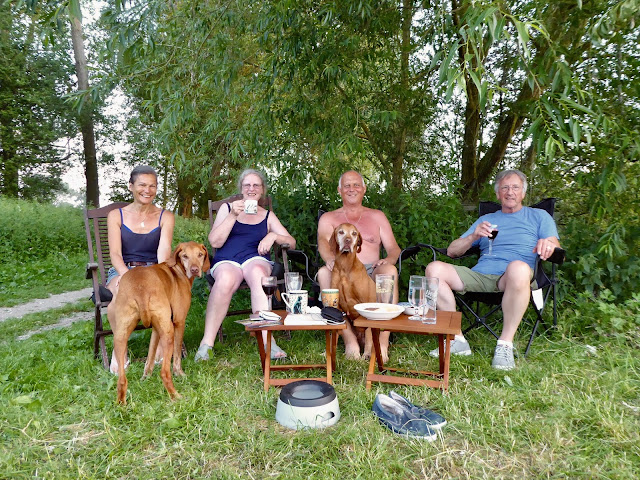 ... and the four of us doing our best not to!
We shall miss these guys; maybe there'll be another chance to meet up whilst they're still on the Thames, I hope so.
Posted by Carol at 07:30

That is certainly not a Humber Keel!