Well we’ve spent 8 days here on the moorings just north of the Slough Arm of the Grand Union Canal and today it’s time to move on.  We’ve been busy during our stay, cleaning Still Rockin’ both outside and in, touching up the blue paintwork on the cabin sides and swapping out winter stuff for summer stuff (perhaps that was a mistake though as the forecast is a bit chilly for next weekend).  Still, as I say, with jobs done we’re off today. 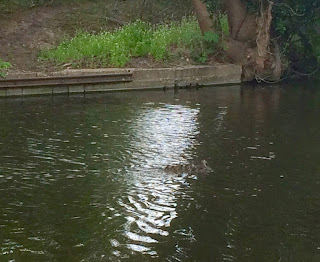 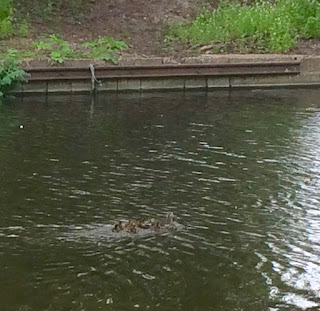 Yesterday was a relax day and we walked a short way along the Slough Arm ... 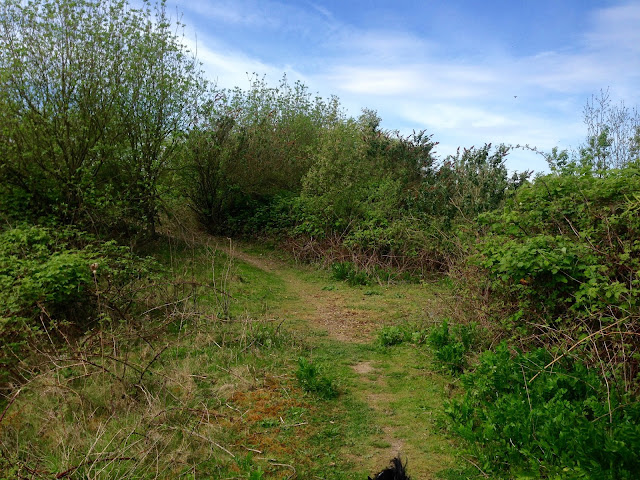 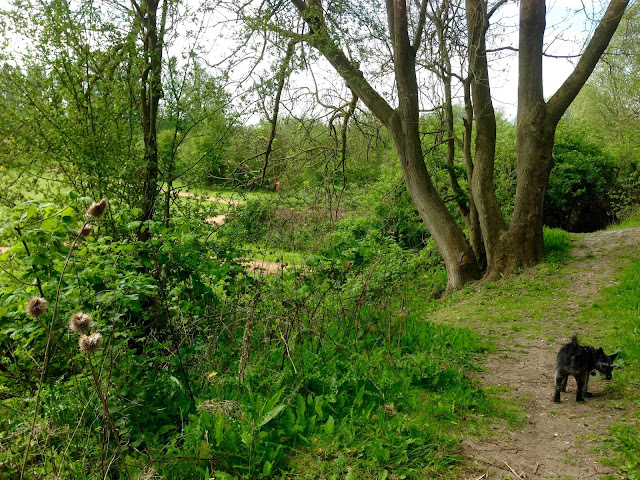 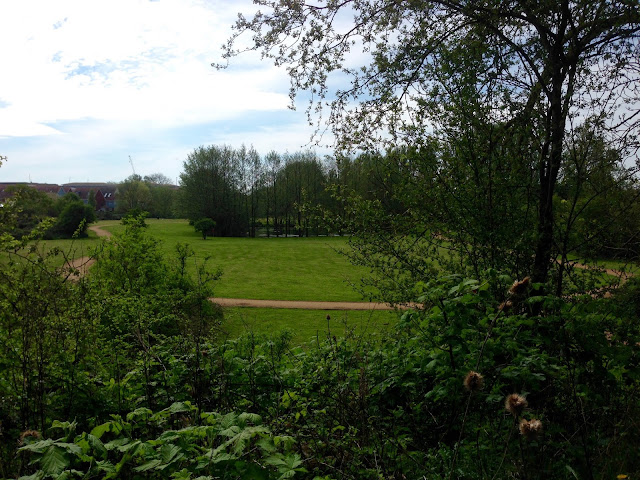 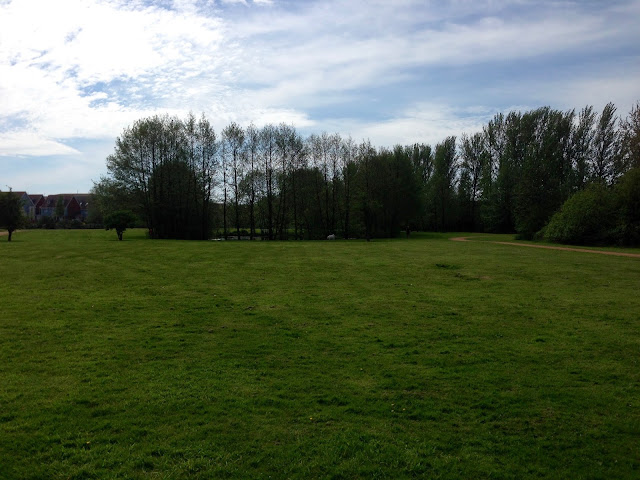 Molly being a very small Patterdale Terrier doesn’t need much exercise but she does love an open space of grass, so she had a ball here! 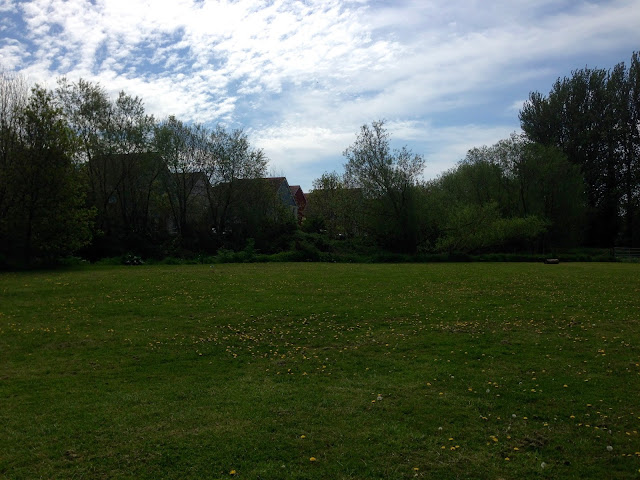 The grassed area has a couple of lakes and is bordered by the River  Frays and these rather smart new houses. 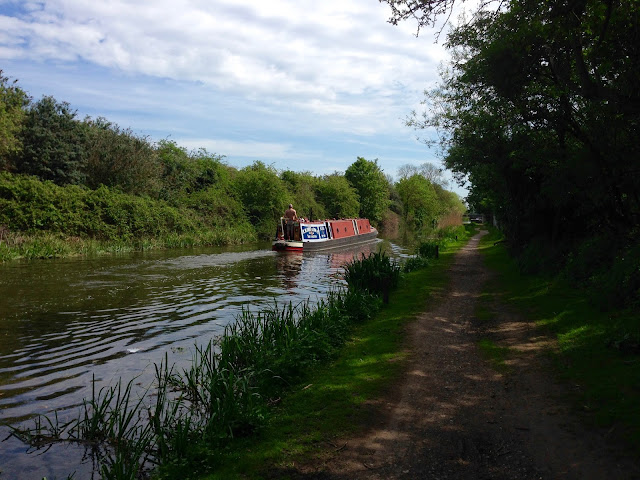 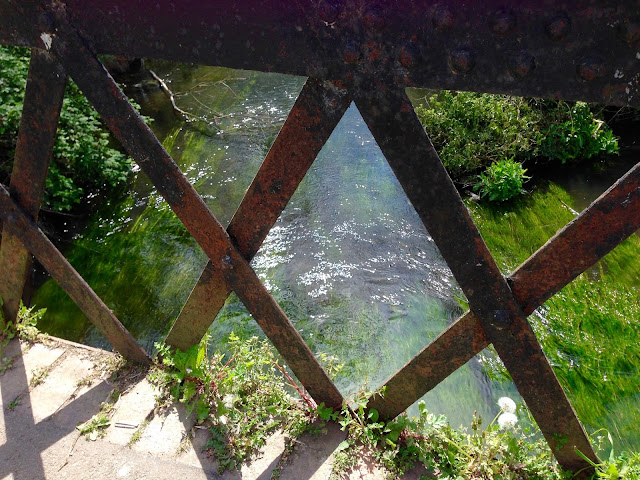 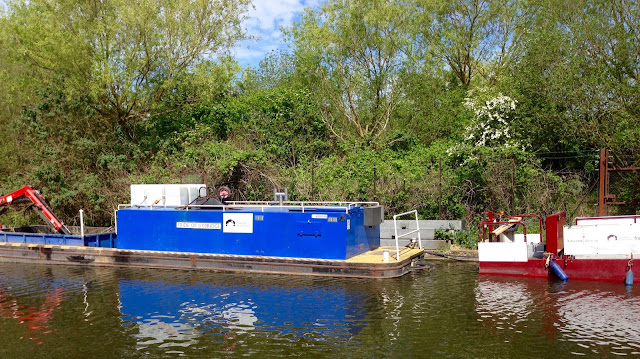 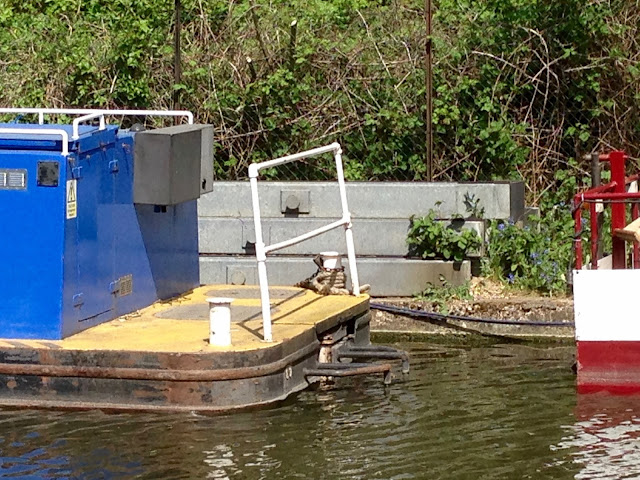 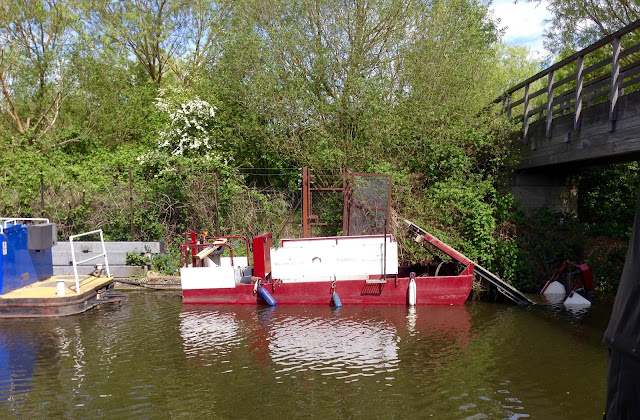 Looks like work will be starting soon on the Slough Arm, they look like stop planks to me but made from concrete or perhaps steel. 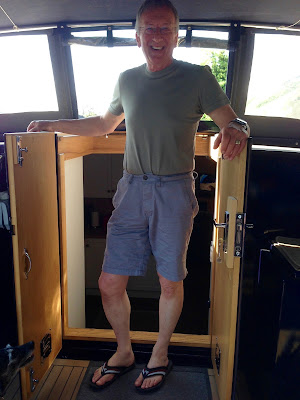 Put your sun-specs on for this one - George has legs!! 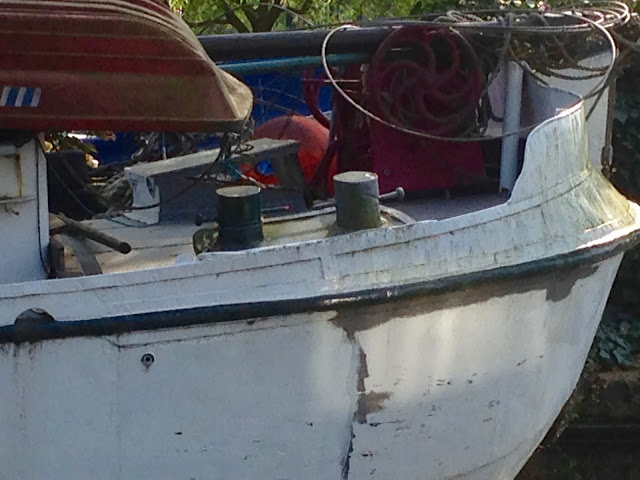 This boat is opposite us on the Packet Boat Marina off-line moorings … I’d not noticed the cleats before (to tie ropes to when mooring) they look like painted huge catering tins of beans with knitting needles through them!
Posted by Carol at 07:32

The things that you call cleats on the boat opposite you at Packet Boat Marine are in reality called "Bollards".

Btw I am a regular reader of your blog that I enjoy a lot.

Thank you Peter for commenting and correcting me, much appreciated. Rather honoured that you as a retired Dutch bargee is a regular reader of my blog and glad that you enjoy it.

Hi Carol and George, Even I got my legs out this weekend when we went for a 9 mile walk with our regular group. Duggie didn't come with us as he was snipped on Tuesday, interest in the ladies has come late in his life and running out of the park and across the road had to be stopped. He's absolutely fine now as we are. Anyhow good to hear from you and Still Rockin is also looking fine and Molly looks well. Take care and don't put all the long sleeved tops away yet. Cheers Mac & Jacquie

Hi Mac, I bet there were a few pale legs about in the past weeks, George’s are now covered up and jumpers have been worn last evening! Regards to Jacquie, have a great summer whatever you’re doing. xx