Out for a walk we arrive at a small marina just before we reach the junction of the Rivers Brent and Thames.  We’ve walked this way a few time before but I’d not noticed it’s name before ... 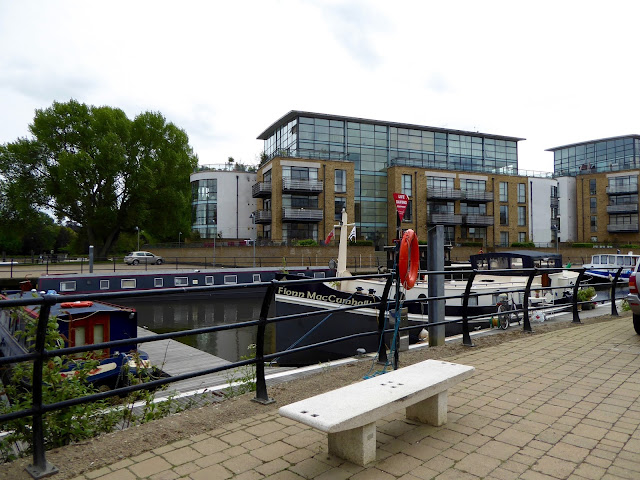 It’s in quite a pretty setting 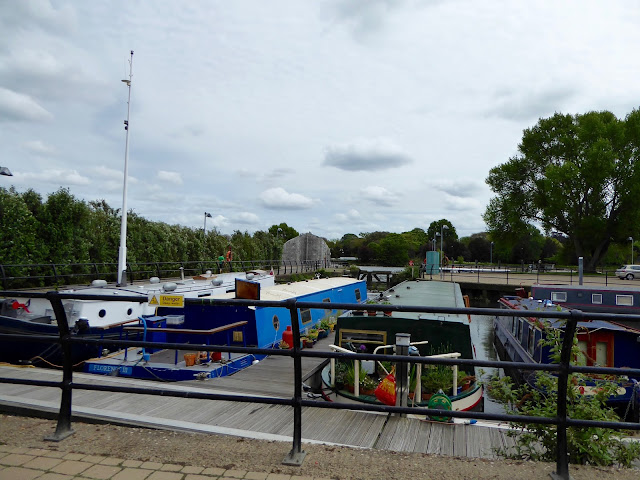 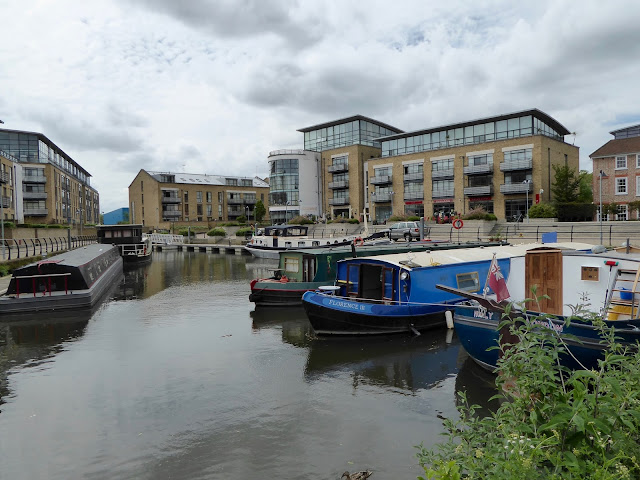 The name fascinated me so off I go to the internet again!

The Thames Soapworks existed in Brentford from 1799 to 1934 trading as T B Rowe Ltd. initially.  A corner property on Town Meadow (still in existence today as 60 High Street) was initially purchased expanding to include Ferry Road, and doubling its size to include Parkers Wharf (later renamed at Soaphouse Creek) in 1806.  The soapworks was acquired by Lever Brothers in 1916  and operated from there until it closed down when the manufacture of soap moved elsewhere. 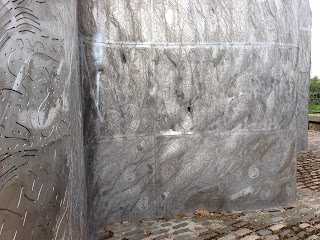 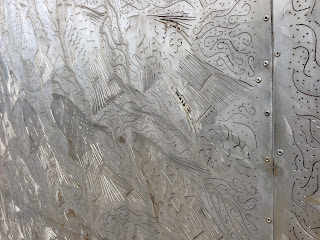 Close-up of underwater scenes cut-out on the steel sculpture at the embankment... 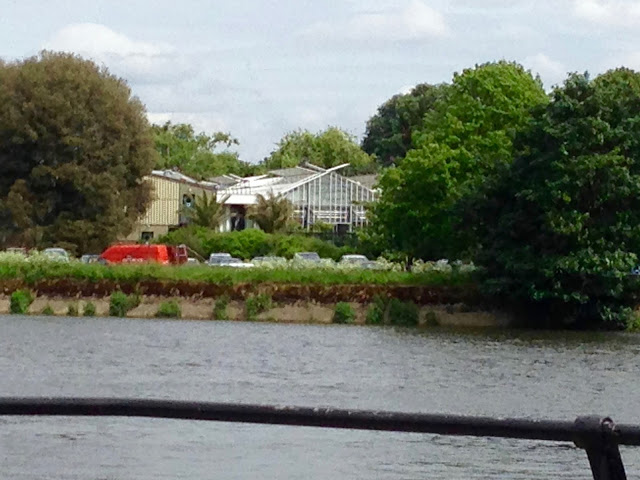 … from where we could see Kew Gardens across the River Thames. 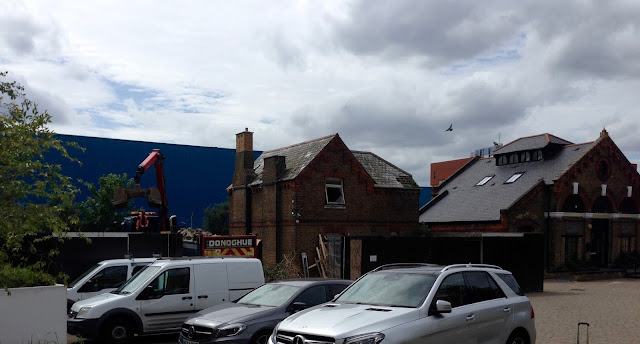 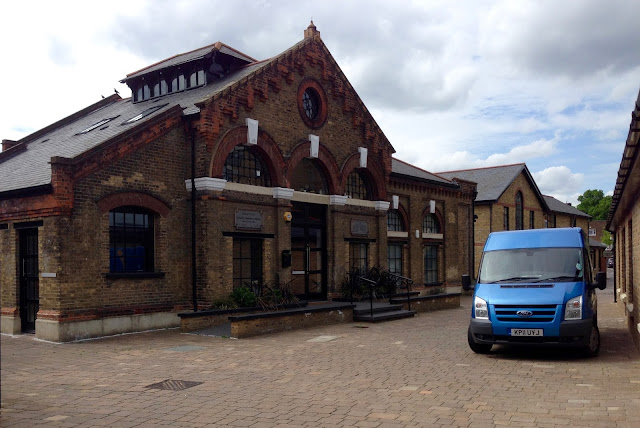 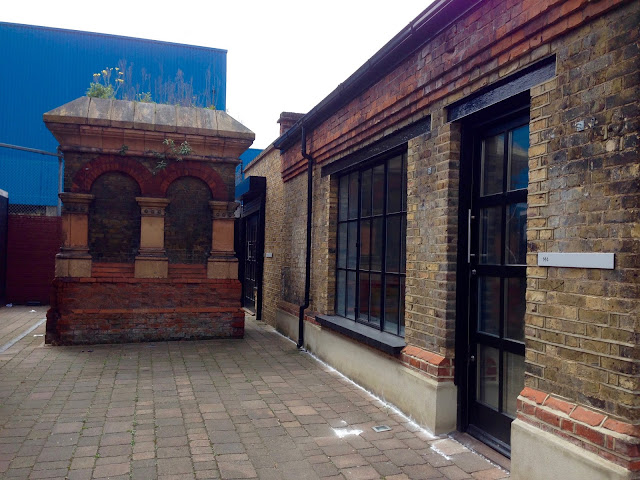 Brentford Sewage Station, engine shed and house designed by F C Lacey, surveyor in 1883.  He lived at 62 High Street (next door to the Rowes family who owned the soapworts). (more info here)

Lacy also designed the ‘sludge pressing works’ in Brentford although I can’t find any further information regarding these works.  Apparently sewage sludge could be recycled for manure and brick making as it contained a lot of clay and chalk! 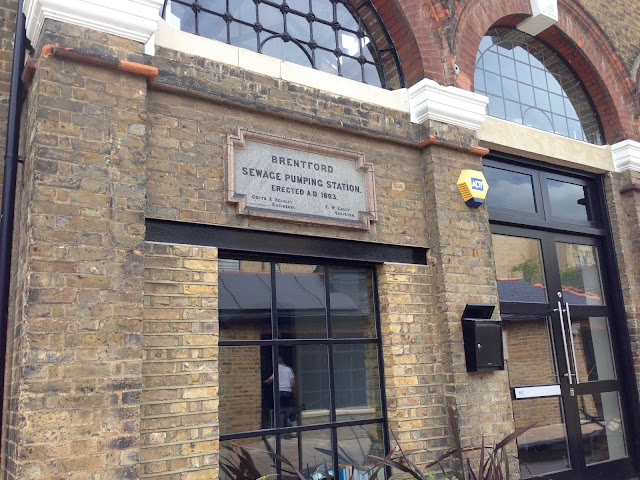 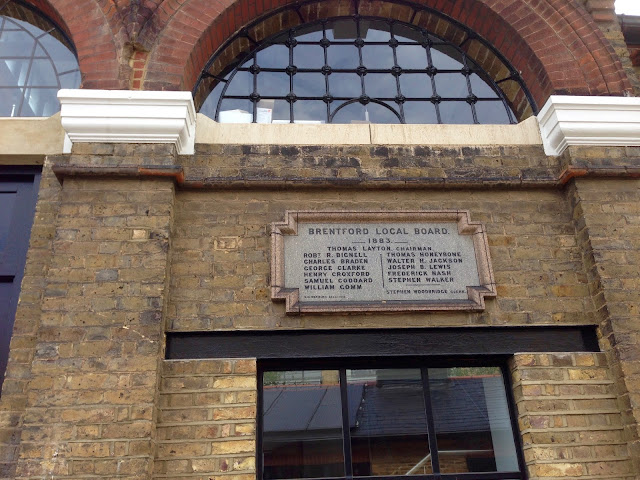 The pumping station was built at a time when there was a desperate need to improve the sewage system of the metropolitan areas of London. 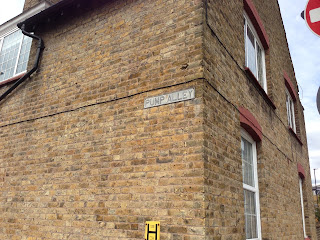 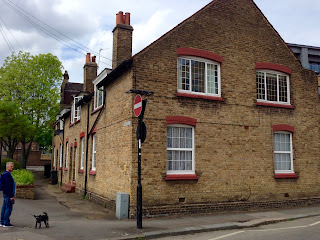 Not surprisingly, the road leading from the pumping station is called …. (drum roll) …. Pump Alley!
Posted by Carol at 16:24