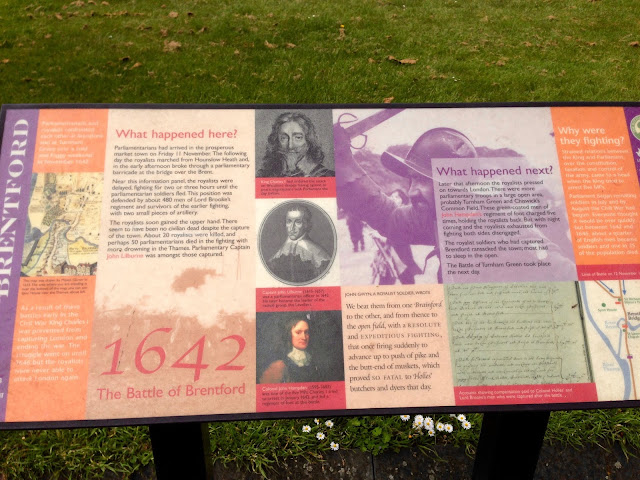 During a cold, foggy weekend in November 1642 a small pitched battle took place on the order of King Charles I between the Royalists and the Parliamentarians.

The king and the parliament were in disagreement over the constitution, taxes and control of the army and it came to a head when the king tried to arrest 5 members of parliament.  Parliament started to recruit soldiers and the civil war began.

The battle at Brentford was fought at Turnham Green for a couple of hours when the Royalist gained the upper hand and had the Parliamentarians fleeing for their lives some of them drowning as they tried to escape by swimming across the River Thames.

Between 1642 and 1646 about a quarter of Englishmen became soldiers and one in 25 of the population died.

"These battles, early in the Civil War, represent a defining moment in the development of democracy in England. They were the closest the royalists ever came to taking London, which would have won them the war. The king's duplicity before the battle of Brentford also made many in parliament realise that he would not negotiate a peaceful settlement and that conflict was unavoidable"
Posted by Carol at 16:59