… before anyone points it out, yes we did overstay at Bulls Bridge Tesco moorings, the rain was so heavy yesterday afternoon when we were due to move on and there was so very little traffic moving on the canal and there was also another space available we decided we'd stay put.

So this mizzerly morning we reversed back to the water point and topped up the tank and got ready to cruise.  From behind us we saw the red work boat again and as he came alongside he stopped. 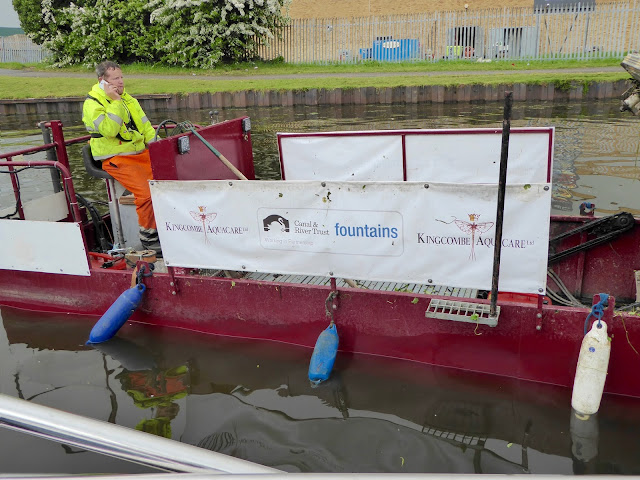 Once he’d finished his phone call we said that we were curious as to what he was doing.  He told us that his company had been given the contract from CRT to manage the weeds on the canals in the west of London and from Adelaide Dock on the GU to Leighton Buzzard clearing pennywort and lilypads from the canals. 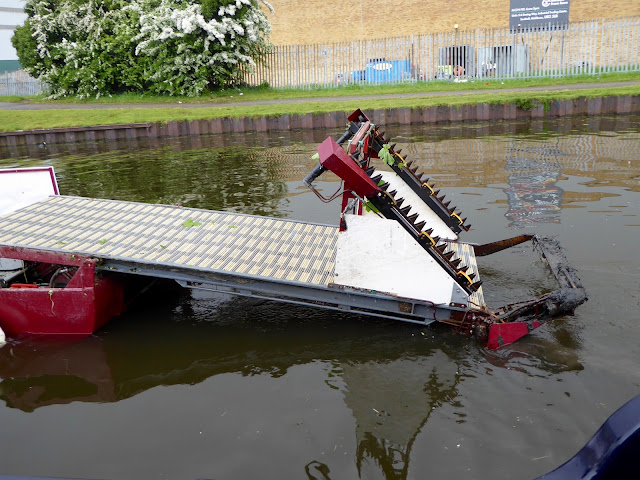 We asked him for a demonstration of how the machine worked 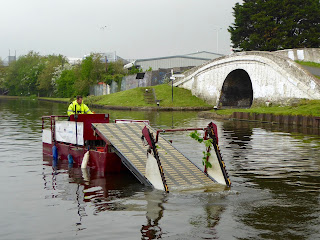 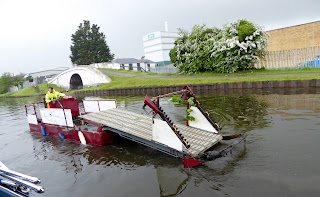 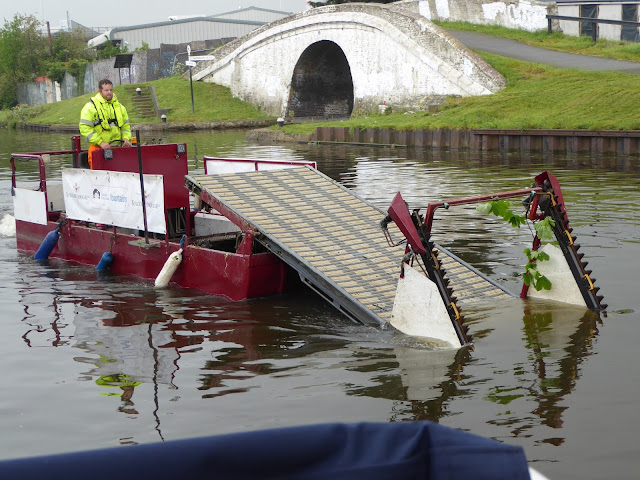 The ramp is lowered into the water and the bar at the front glides along the bottom of the canal; the cutters on the sides work like scissors slicing any vegetation in its way whilst the conveyor belt revolves bringing the weeds into the hold of the boat 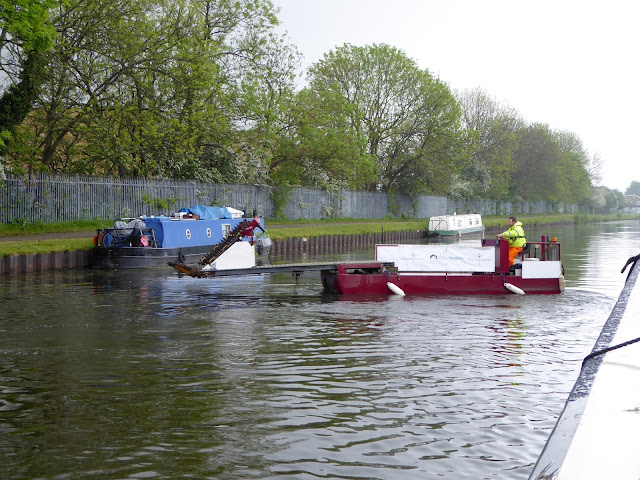 The ramp/conveyor pulls back into the boat whilst it’s not in use.  There are two of these working the canals, the other one on the Paddington Arm today.  Rather a nifty machine we thought but were  a bit disappointed that he wasn’t dredging! 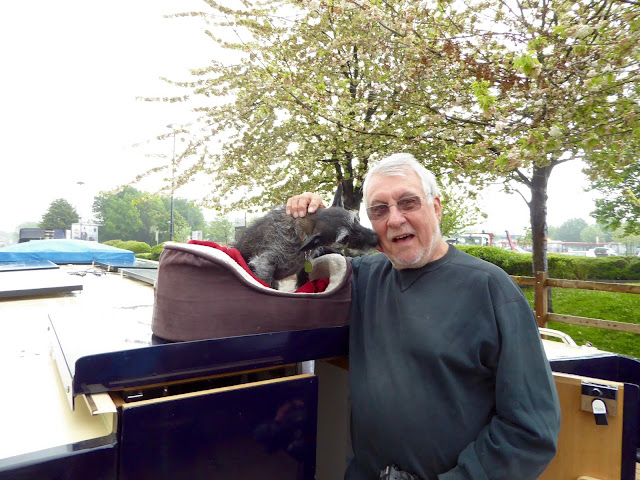 Once the water tank was full Molly said cheerio to Ray and we took in the ropes. 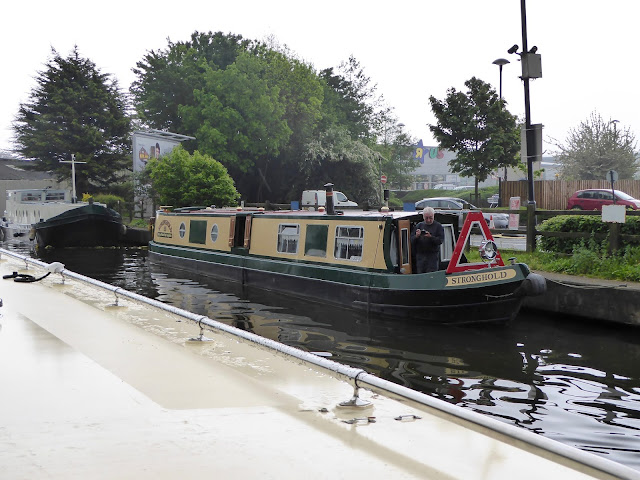 Setting his camera for a sailaway picture.  Thanks for your company Ray. 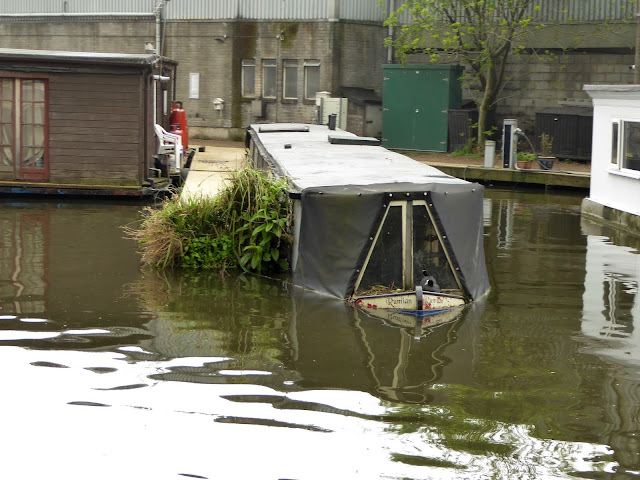 Coots making the most of a bad situation 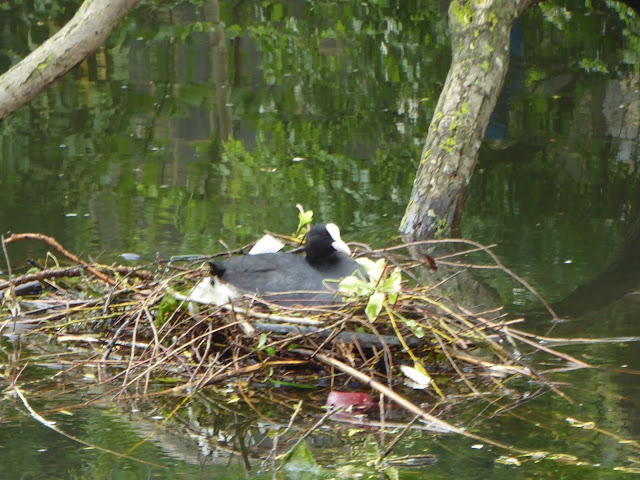 Discerning coots in Southall (I know, a contradiction of terms) one favoured gold colours foil to line her nest and another preferred styrofoam cups, this one likes a bit of fresh greenery in her nest! 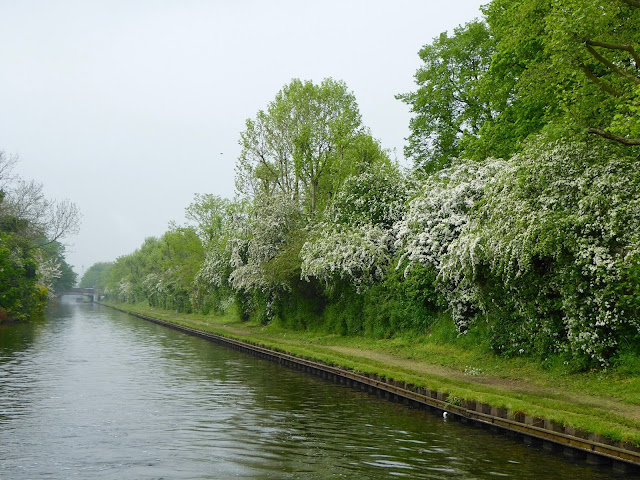 Southall looked a bit better today now that the hawthorne is out, the scent of it reminds me of my childhood walking home from junior school along the lane by the brook smelling the blossom and listening to the birds, I was in a world of my own. 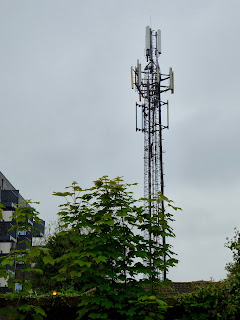 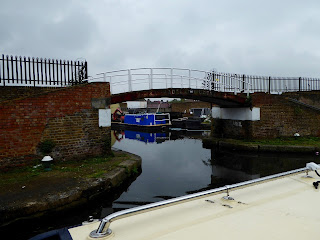 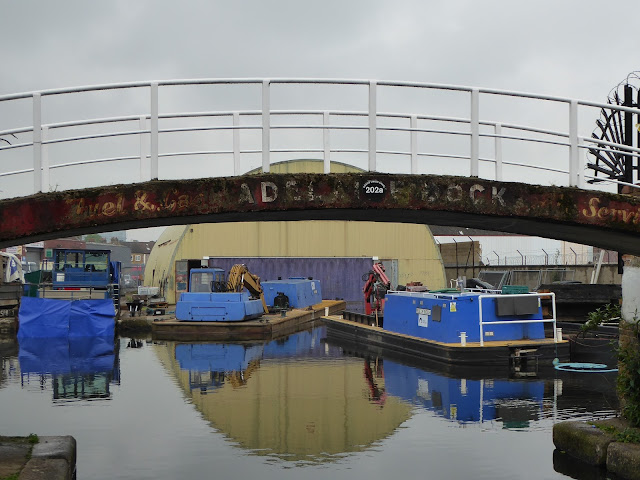 Adelaide Dock once housed a  hire-boat company but is now a CRT depot. 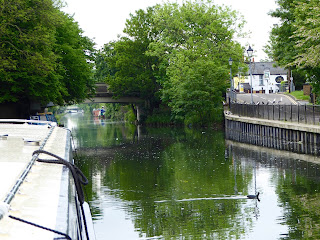 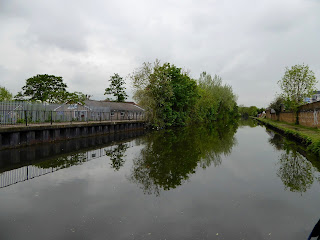 A short cruise today of about 2 miles, we’re moored up 100 yards from Adelaide Dock, ½ a mile or so from the top of the Hanwell flight of 8 lock which we shall descend tomorrow.

When we arrived I noticed a black car parked on the road opposite and as we put up the back canopy it moved off and stopped again, then I noticed ripples on the water and when I looked there was a large green plastic bag in the water where after a moment it sank to the bottom.  Although I didn’t see who actually threw in I’m sure it was someone in the car (George tells me that it was a Porche Cayenne) which pulled away again and was gone.  It made us both very angry! 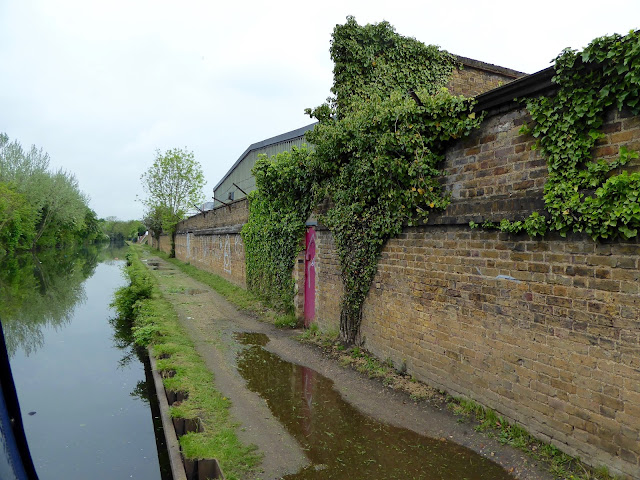 A few minutes after putting up the rear canopy an Indian gentleman in a pair of very clean blue overalls approached us and commented that we had a very lovely boat, he went on to ask what engine we had. George told him that it was a 3.6 ltr diesel marinised Kubota engine and he went on to tell us about his company which repairs and refurbishes all types of diesel injector systems and is  the other side of the red door (A-Z Diesel Fuel Injection Services).  He invited George to go into his workshop which was absolutely spotless, neat and well equipped.   He asked George if we liked Indian food, yes, and said that he would bring us some.  George thanked him but pointed out that we didn’t have our main meal until the evening.  No matter he said, he would bring us some food.
When he’d returned to work we had a bite of lunch and just as we’d finished he arrived back at the boat with a brown paper bag containing two of the loveliest, freshest samosa’s we’ve ever tasted.  They were huge and delicious and came straight from the factory (Quality Foods) close by the A-Z unit.  He introduced himself to George and told him that he had attended Glasgow university where they couldn’t pronounce his name and said that they would call him Freddy instead and he’s been Freddy ever since!  He has worked with fuel injectors for over 45 years in Canada, India as well as here in Southall.  A delightful gentleman.

Before the rain came down in buckets George took a walk to the top of Hanwell Locks to ask if there were any volunteers on duty tomorrow to help us down the flight.  As luck would have it there will be and assistance has been booked for 10-am - brilliant!
Posted by Carol at 06:04

Carole I do love the image I have of you wandering home from Primary School in your own little world - I wonder how many young children have the privilege of such freedom today?

True Jennie, but that being said our mother had told us that we were not to come home from school along the lane as it was dangerous because some youngsters were always making trouble there but I couldn’t resist the scent in May!

What a lovely time we had together after waiting so long for it. Met up with Sue & Vic today after a similar wait. Happy days. Diesel fuel injection services like that are difficult to find nowadays as I discovered a while back, until I found one in my home town. Ray

Hi Ray, we did spend a lovely time at Bulls Bridge and we’re glad you finally met up with Sue and Vic after so long too. Enjoy your summer. x