First of all congratulation to Sue and Vic on quick sale of
No Problem, we wish them well on their next adventure. 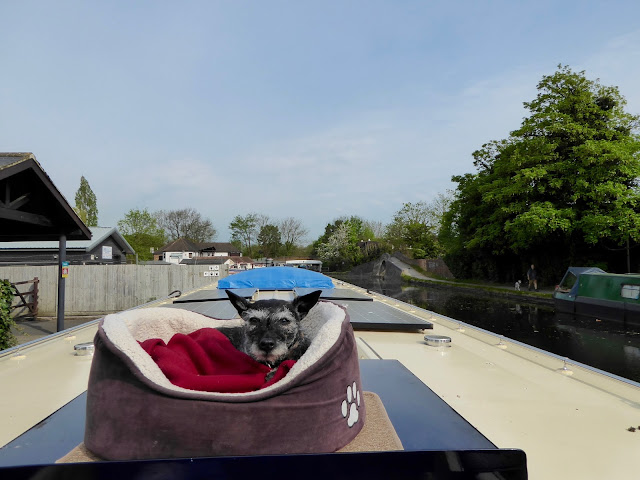 We set off as planned on Monday morning starting by crossing the canal and using the services before first heading north as we want to fill the diesel tank at Denham Marina (54ppl) before we have to start paying ‘London’ prices once we reach the Thames.  It was just after 9 when we left the services. 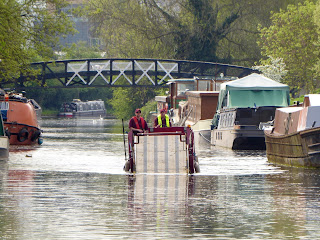 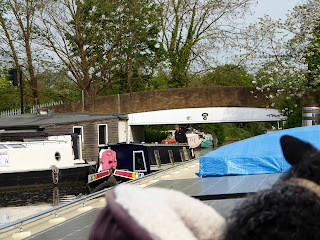 We hoped that this wasn’t a bad omen for today’s cruise, meeting a boat coming through the first bridge of the day and a the small boat with a hydraulic ramp that we saw on the Slough Arm on Sunday following us.  (We travel only just over tick-over on the canals so making following us a bit frustrating especially when they want to pass us past lines of moored craft.) 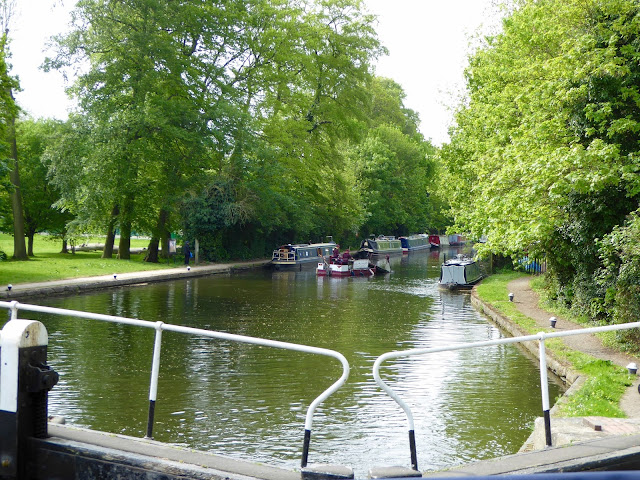 Cowley Lock the only one of the day which we shall do twice and there’s the red boat with the ramp lowered into the water, he can’t be dredging, maybe collecting rubbish but what a strange method.

It’s about 1½ miles to the marina and it took us 1¼ hours to get there because of the long continuous lines of moored boats often on both sides of the canal and of course we met boats coming towards us too including another wide beam at a bridge hole!

When we did eventually arrive there was a queue at the pump so we pulled onto the end of Uxbridge Lock landing and George went to see if there was a problem but the road gate was locked.  When he returned he rang the marina to be told they’d run out of fuel, had been expecting a delivery any time now but had just received a call to say that their supply would not now arrive until late afternoon!

Uxbridge Boat Centre is closed on Mondays so that was a no no too and there was no-one around at HighLine Yachting answering the phone so that was also a no.  We’re nowhere near empty but we would have liked to have topped up the tank.

Things were not going well at all, we turned around and started the long slow slog back again! 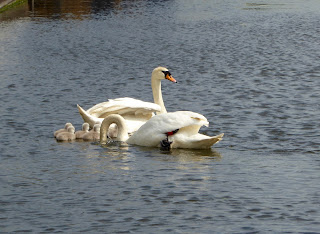 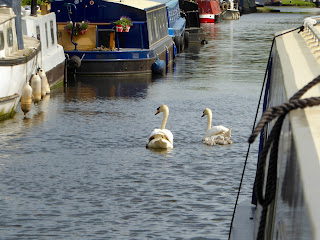 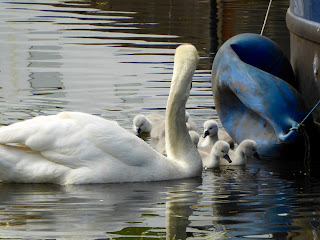 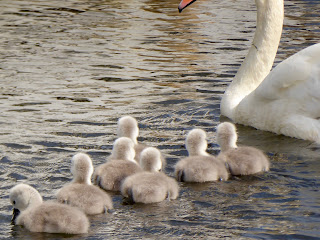 I know, a bit over the top to put four pictures of the same family on here but they were sooooo cute I couldn’t decide which single one was best and they were the first cygnets for us this year. 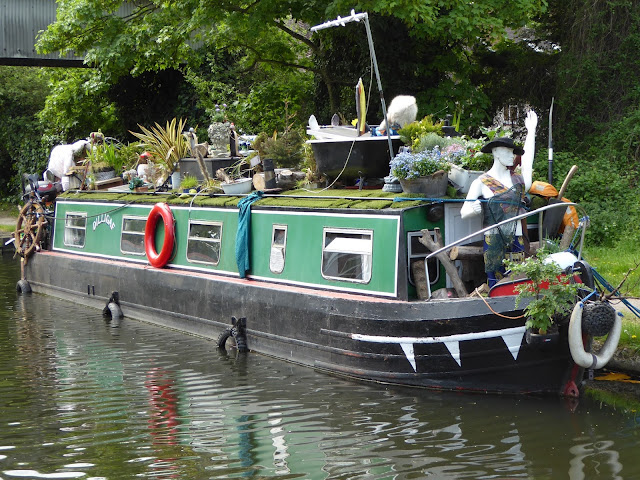 We’ve seen Dilligaf several times, always something a bit quirky on it, but not like today ... 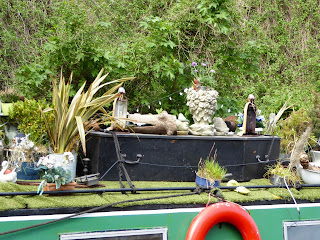 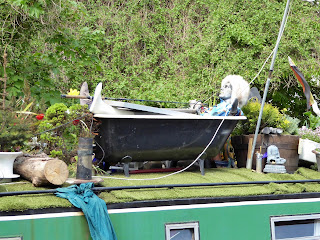 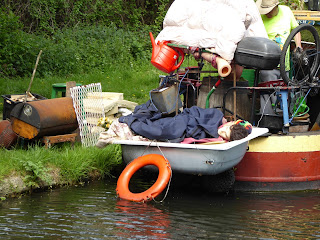 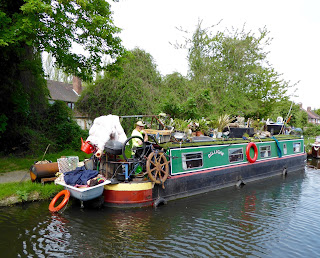 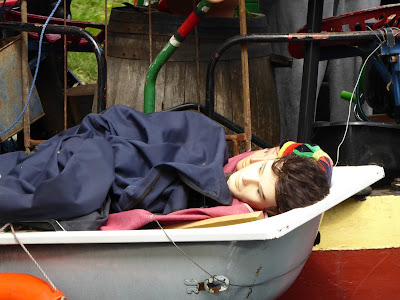 It made us smile though, reminiscent of Charity Dock on the Coventry Canal. 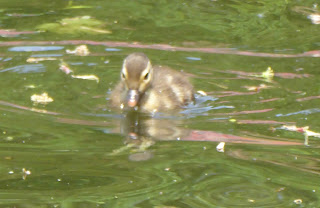 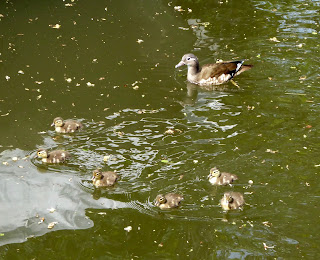 Mrs Mandarin and her family of titchy, adorable chicks!  Again the first we’ve seen this year. 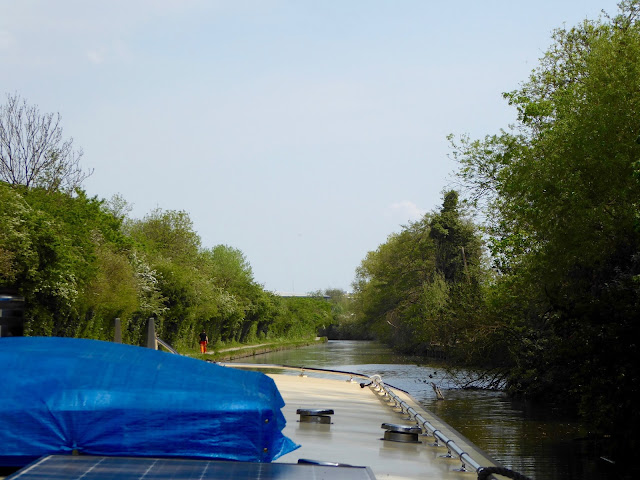 3 hours after starting out we were back where we started but now heading south, here a couple of miles north of Bulls Bridge. 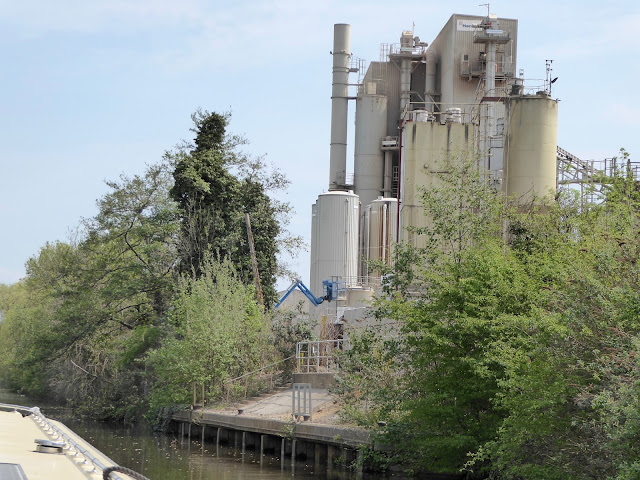 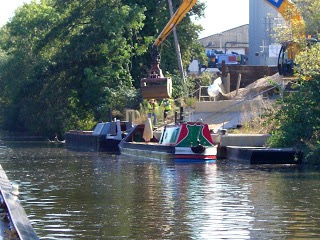 I took this picture in September 2009 when sand and gravel was still being shipped on the canal.  I wonder if the boat on the left is Frays.  An example was the freight contract between British Waterways and two aggregates companies ― Hanson and Harleyford ― to transport 450,000 tonnes of sand and gravel by barge from a gravel pit at Denham, through Uxbridge to a canal-side concrete mixing plant near West Drayton.  Although the two sites are only five miles apart, it was envisaged that the material would be transported by road on the highly congested western sections of the M40, M25 and M4. By using the canal, it is estimated that 46,000 road journeys were saved by the end of the contract. (copied from here) 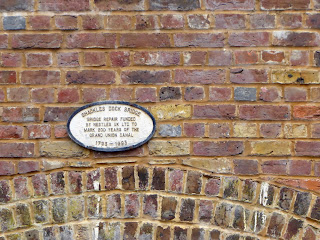 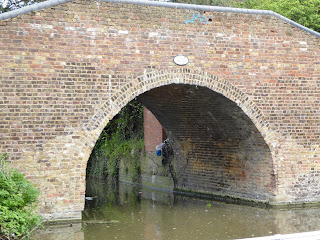 Lots of information here regarding the numerous docks along this section of the Grand Union Canal and its Paddington Arm including Shackles Dock which served factories including Scotts Jam Factory and Smith’s Potato Crisps! 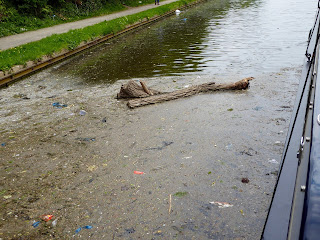 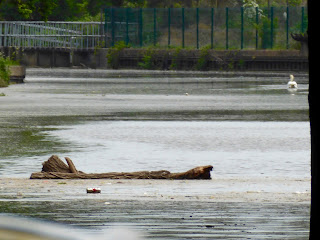 Rubbish always collects here just north of Bulls Bridge Junction, this tree trunk blocked the exit from the railway bridge and manoeuvring past it was tight, and it didn’t move either! 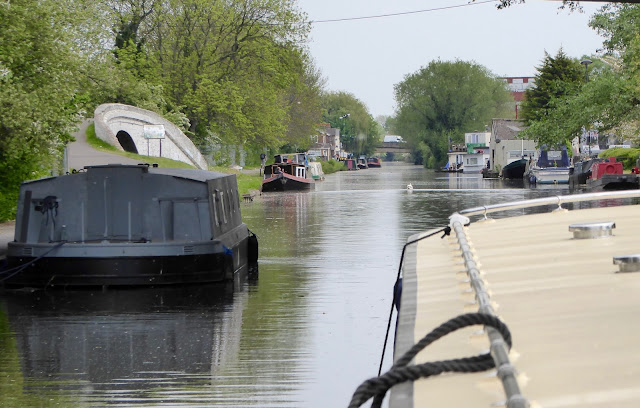 2pm and we’re at Bulls Bridge and we’re looking for someone ... 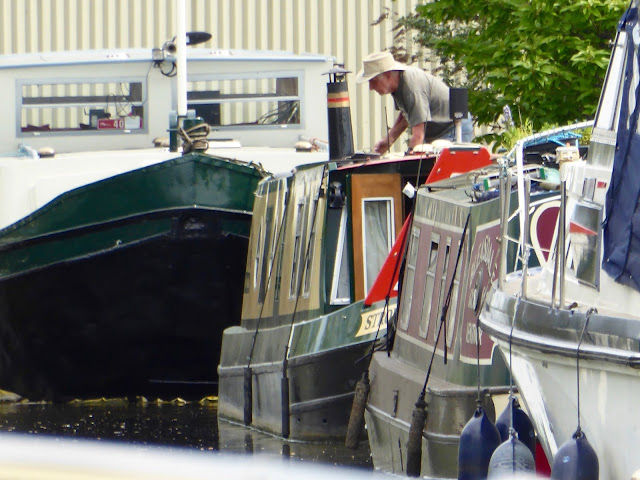 Do you know that face? 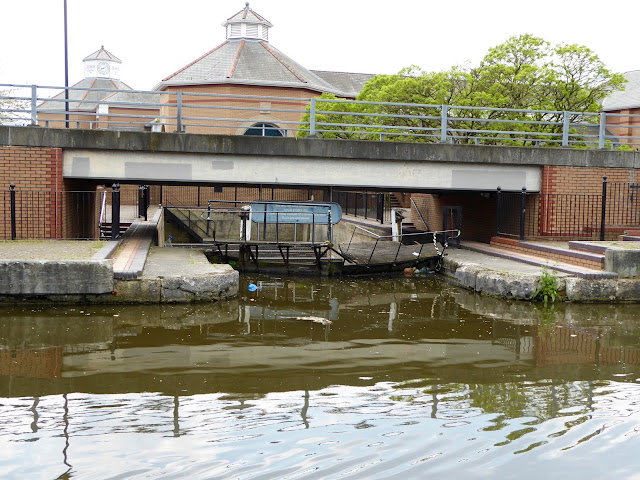 The dry dock at Tesco’s is in a bad state of repair, is this the responsibility of Tesco or CRT I wonder. 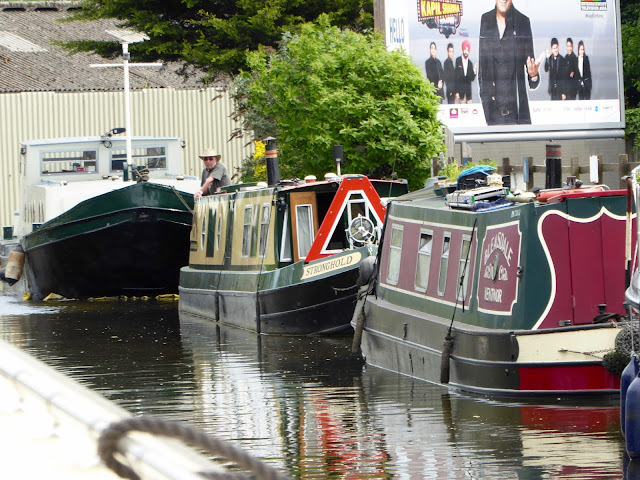 It’s Ray (off the Wey)
Once moored up Ray came onboard for the usual tour, a cuppa and a catch up before I did the usual over the top shop at the busy Tesco store.  In the evening we had the pleasure of Ray’s company once more for dinner and drinks … perfect! 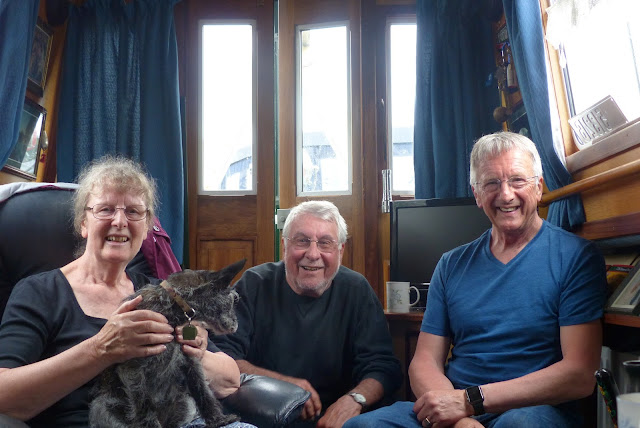 That’s us on Stronghold for a cuppa yesterday.

And the blogger problem?  I couldn’t access Blogger’s dashboard, nor could I access some of the blog posts listed on my blog; I kept getting a 502 message from Google saying something about the server which I didn’t really understand and that ‘that’s all they know’!! And that’s why it’s taken so long to put this post on.

Hope it’s been worth waiting for!
Posted by Carol at 08:05

Yes Carol, it was worth the read with the pictures as well. We are near Foxton with friends. Won't be long before Sue n Vic can join you on the GU!

Thanks Chas, I’m sure that you and Ann are enjoying you time out boating, hope the weather gets better soon. x

Your comment on Dilligraf almost matched mine as a mobile version of Charity Dock. Pleased to see your pic of Shackles Dock as missed taking a pic, so not sure what it was.