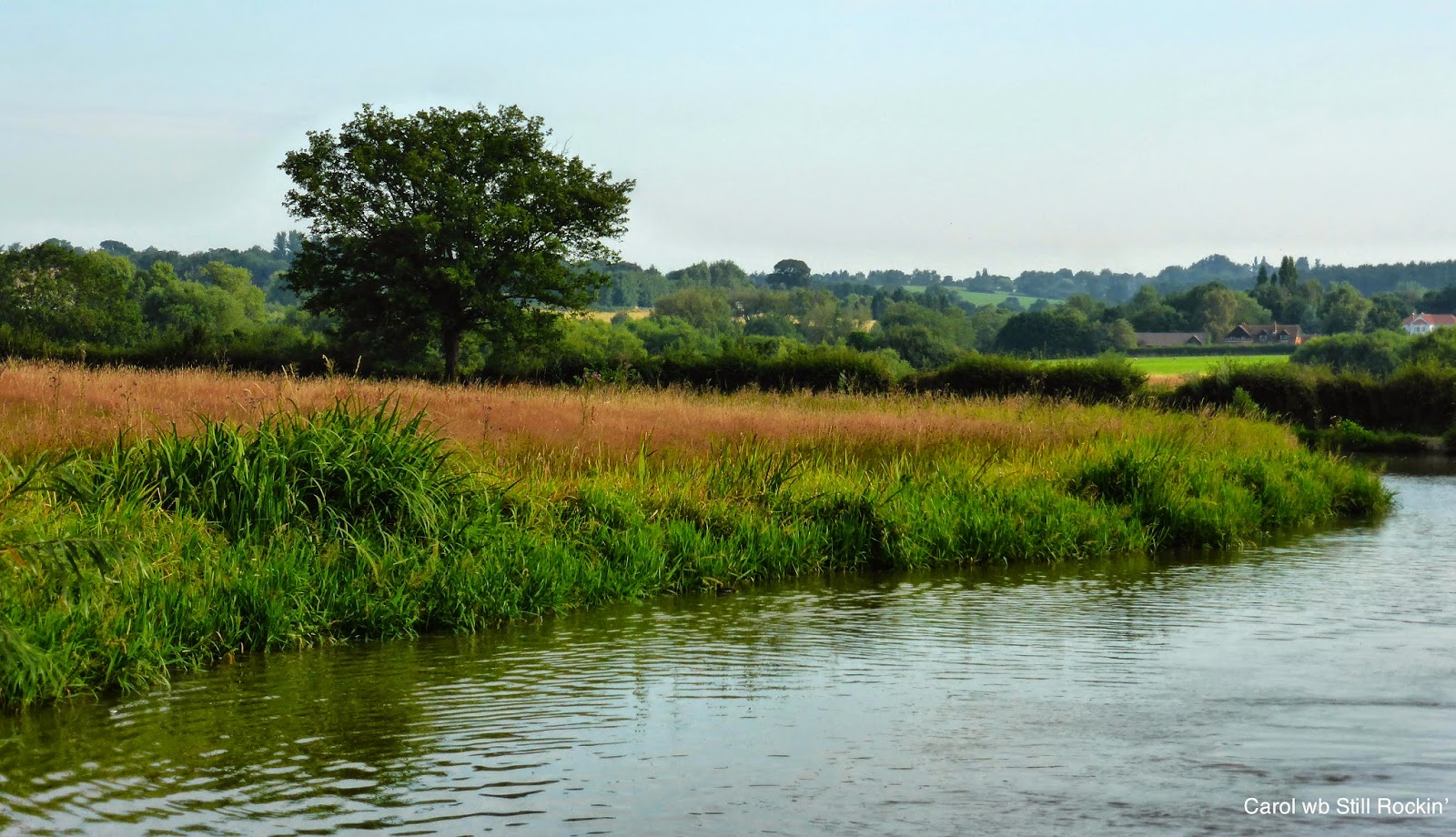 Saturday 16th July another  fairly early start for us leaving our mooring at 07:45 not too far to go today ... 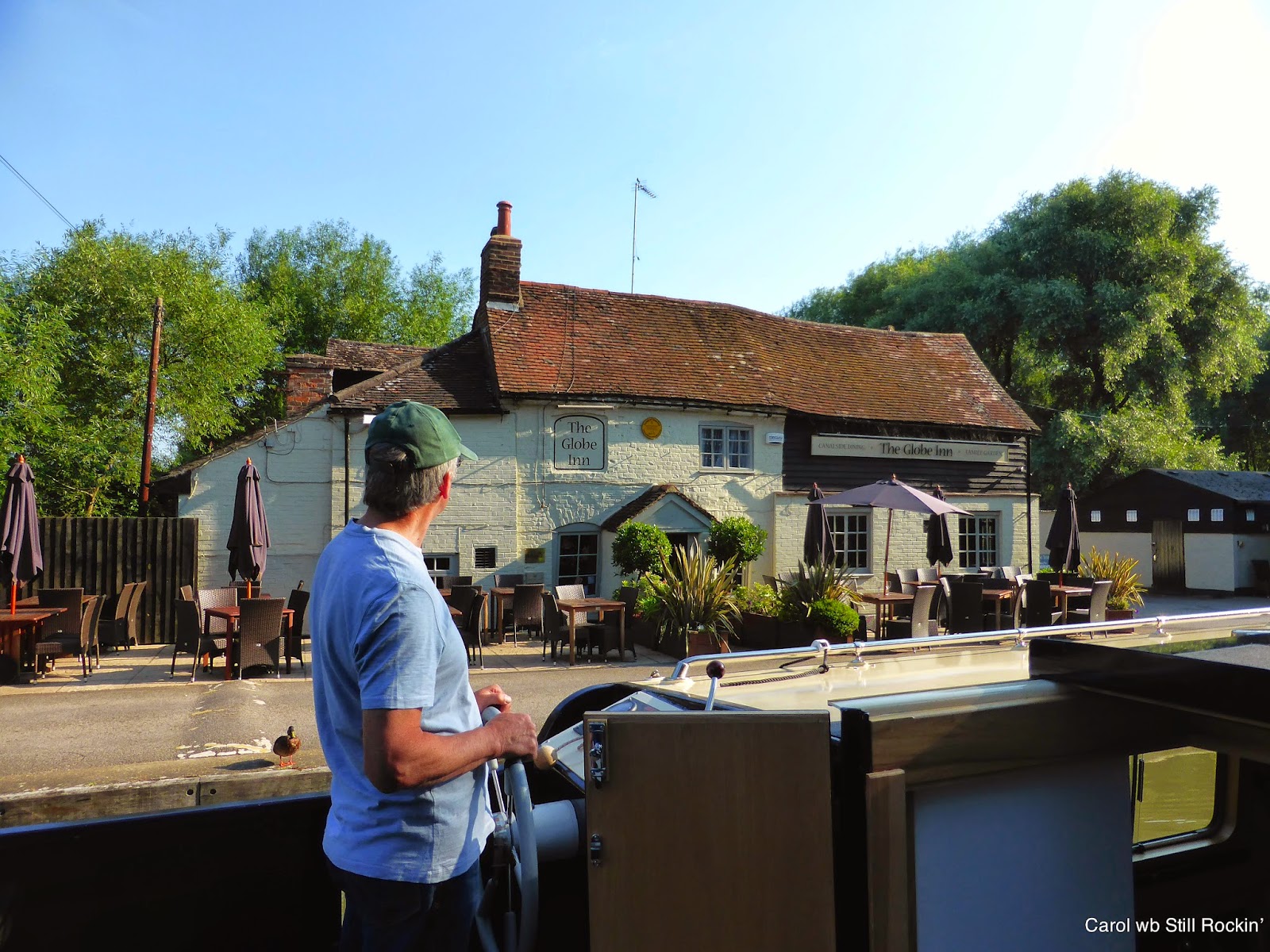 The Globe Inn whose claim to fame is that it is close by where the Great Train Robbery occurred in 1963! 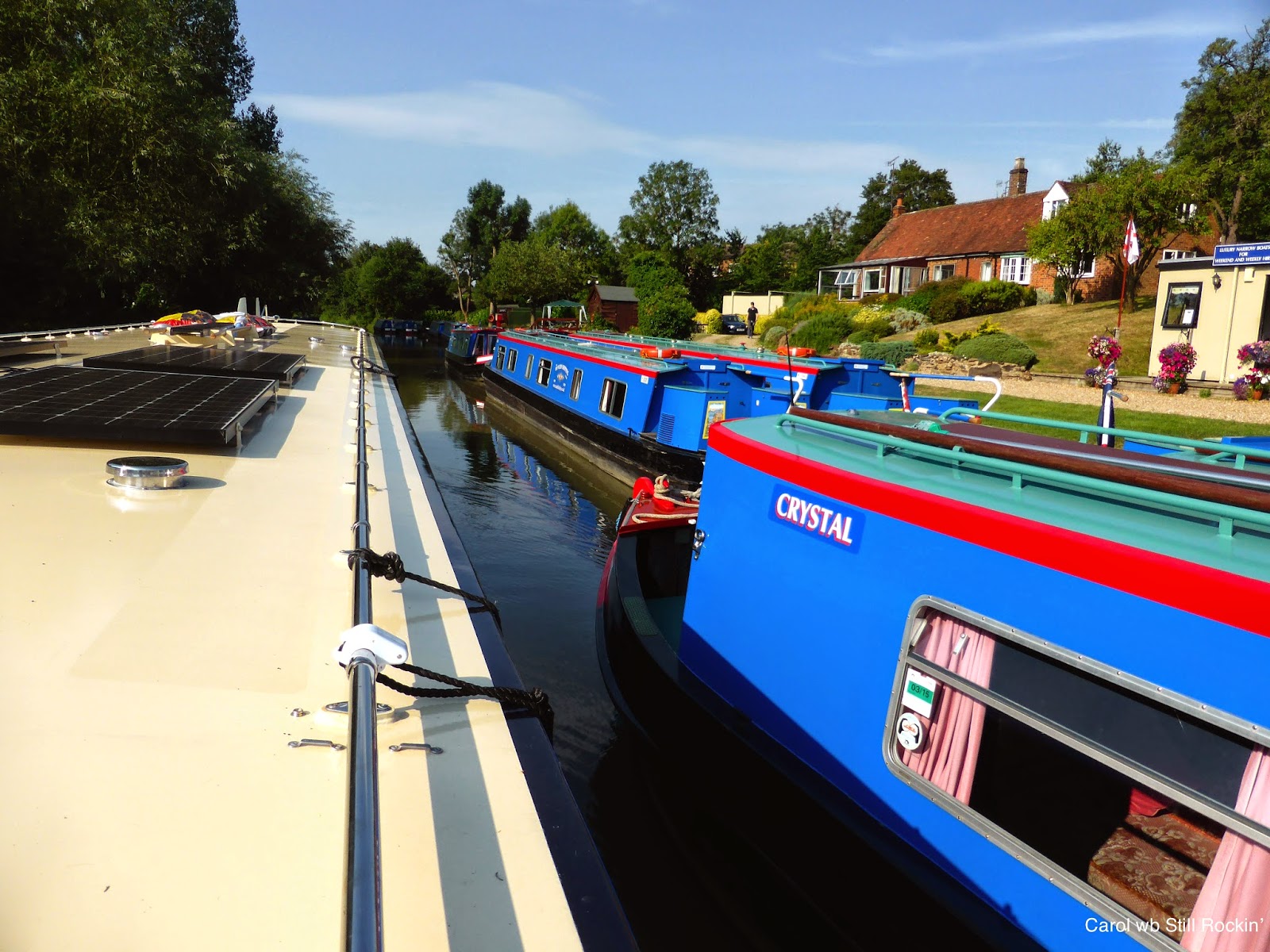 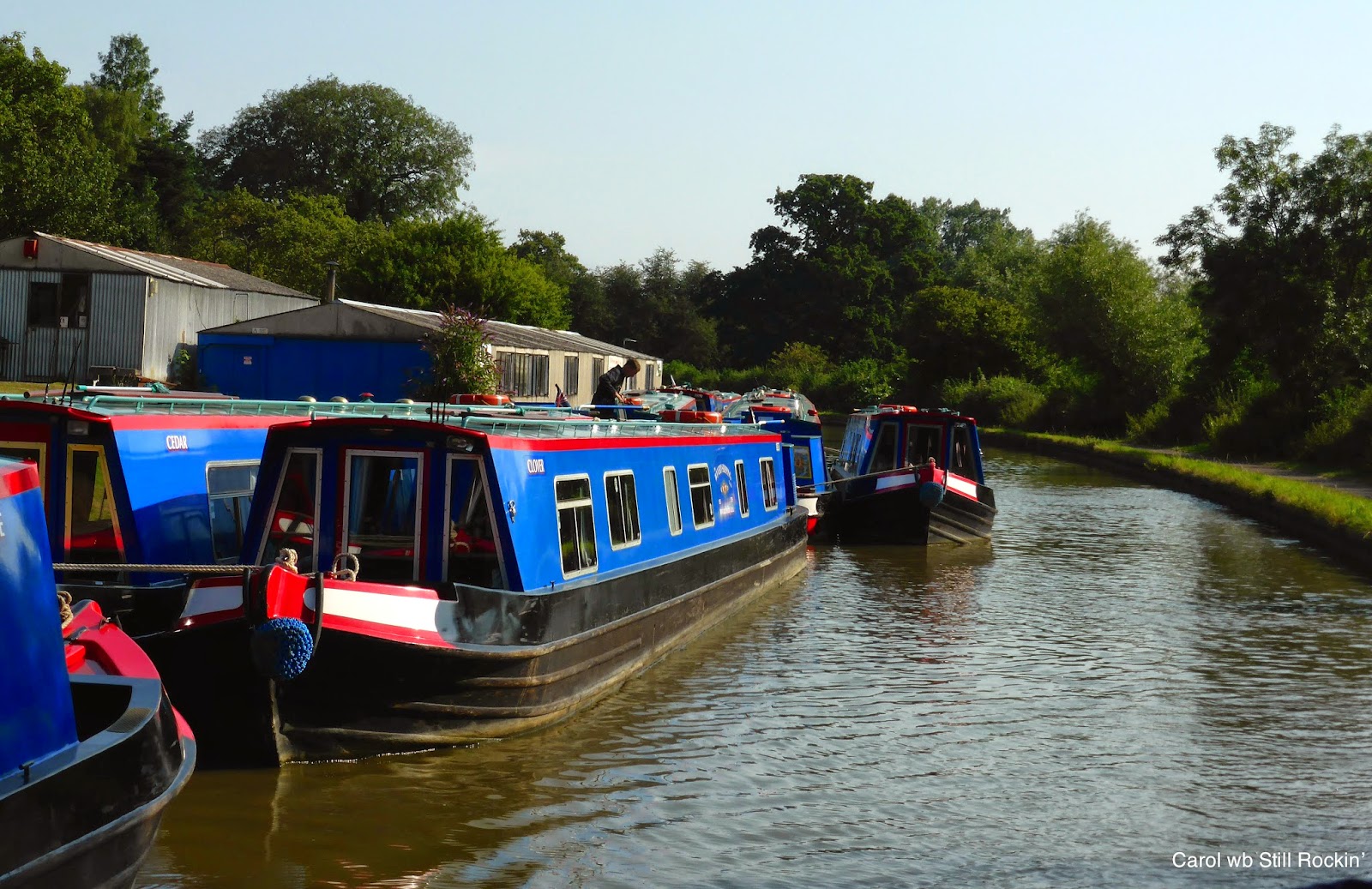 Breathing in as we pass the Wyvern Shipping hire boat base 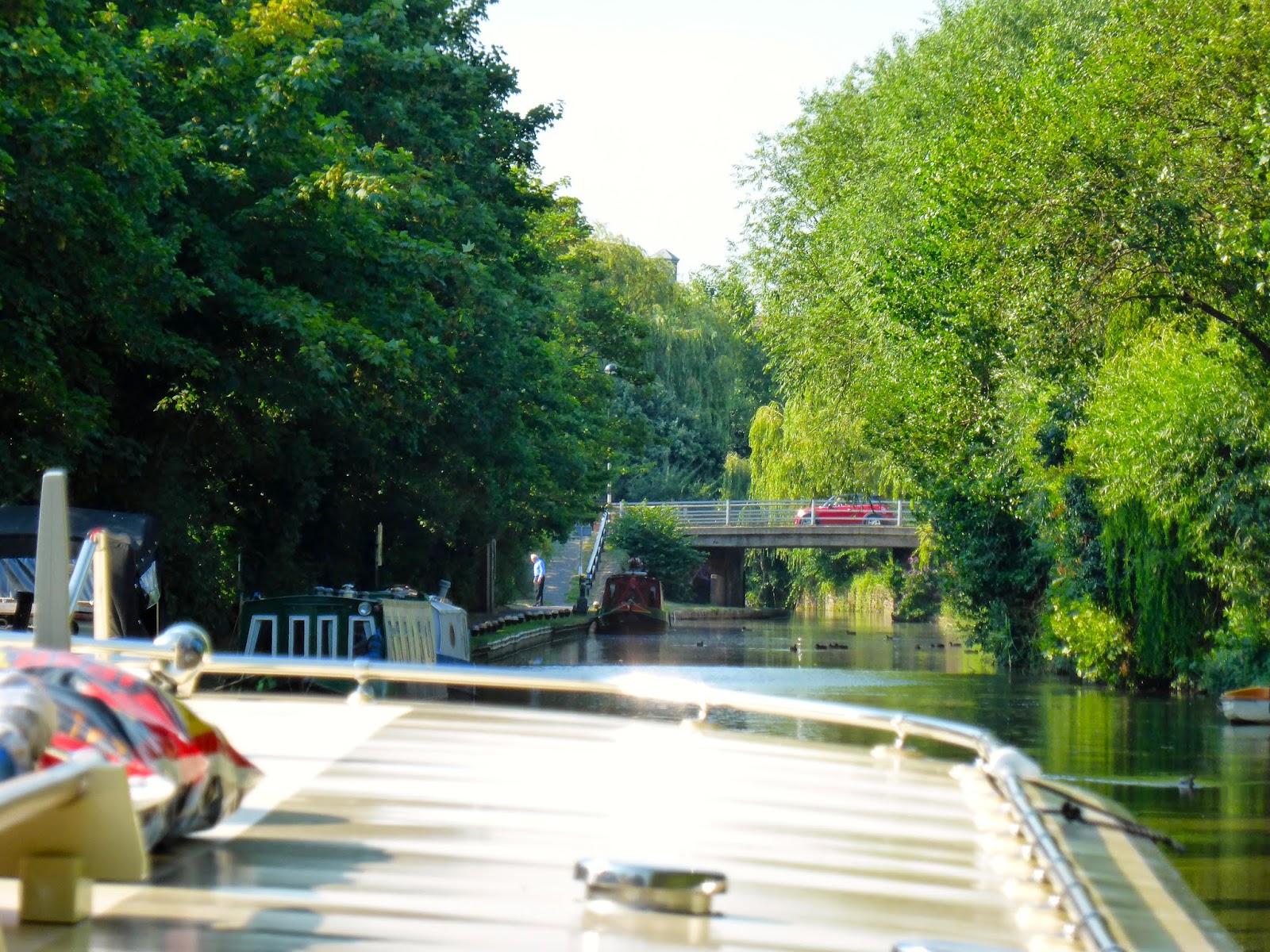 Tesco moorings at Leighton Buzzard.
This is where we hoped to moor up until late afternoon so that we could pick up our grand-daughter and her friend from the station, but we discovered that there is a festival on here today and very soon it will be extremely busy with trip boats and that all the visitor moorings have been reserved for trade boats.  We pulled in and I did a quick shop and decided to move on a little past the boats ... little did we know ... 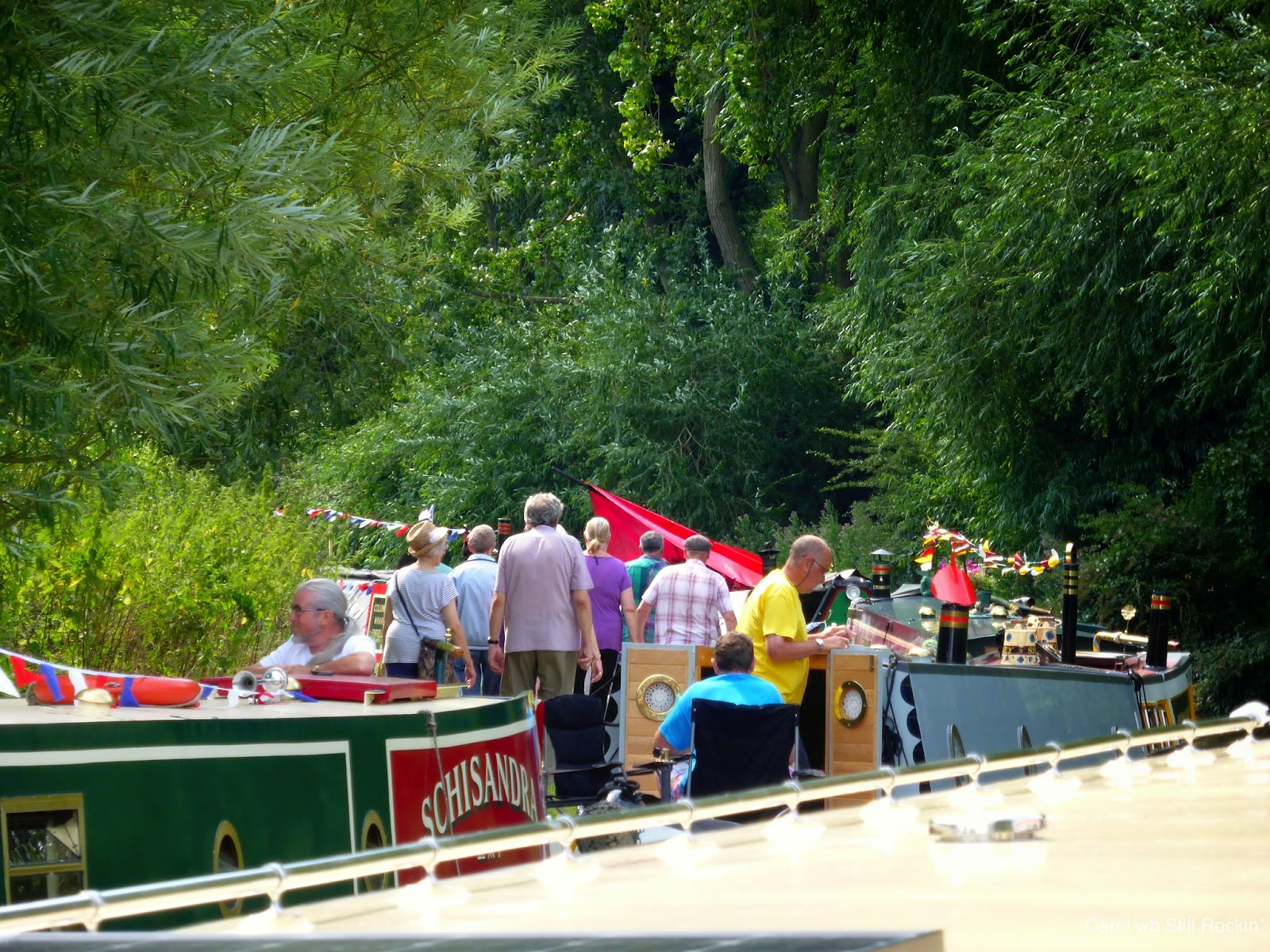 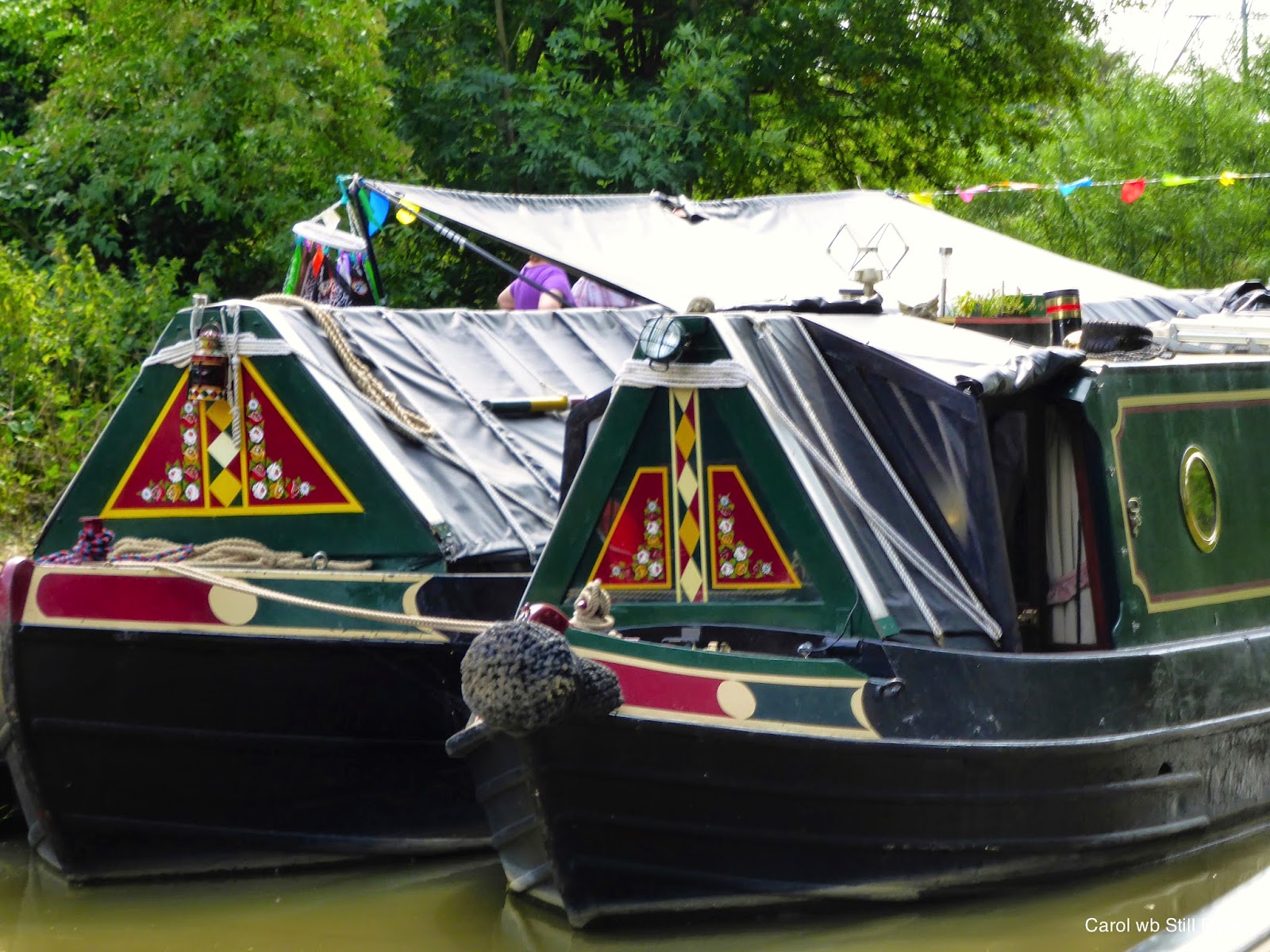 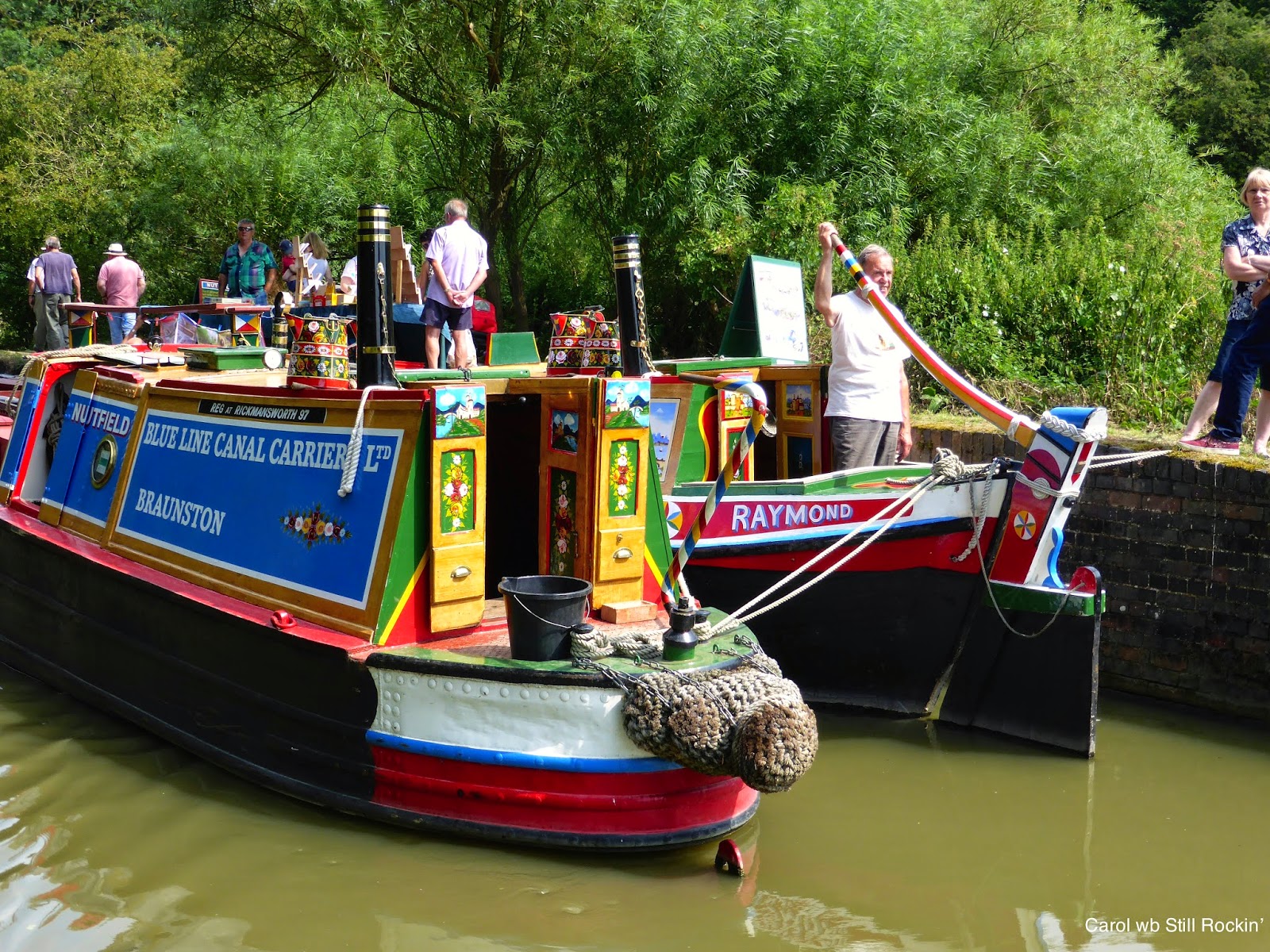 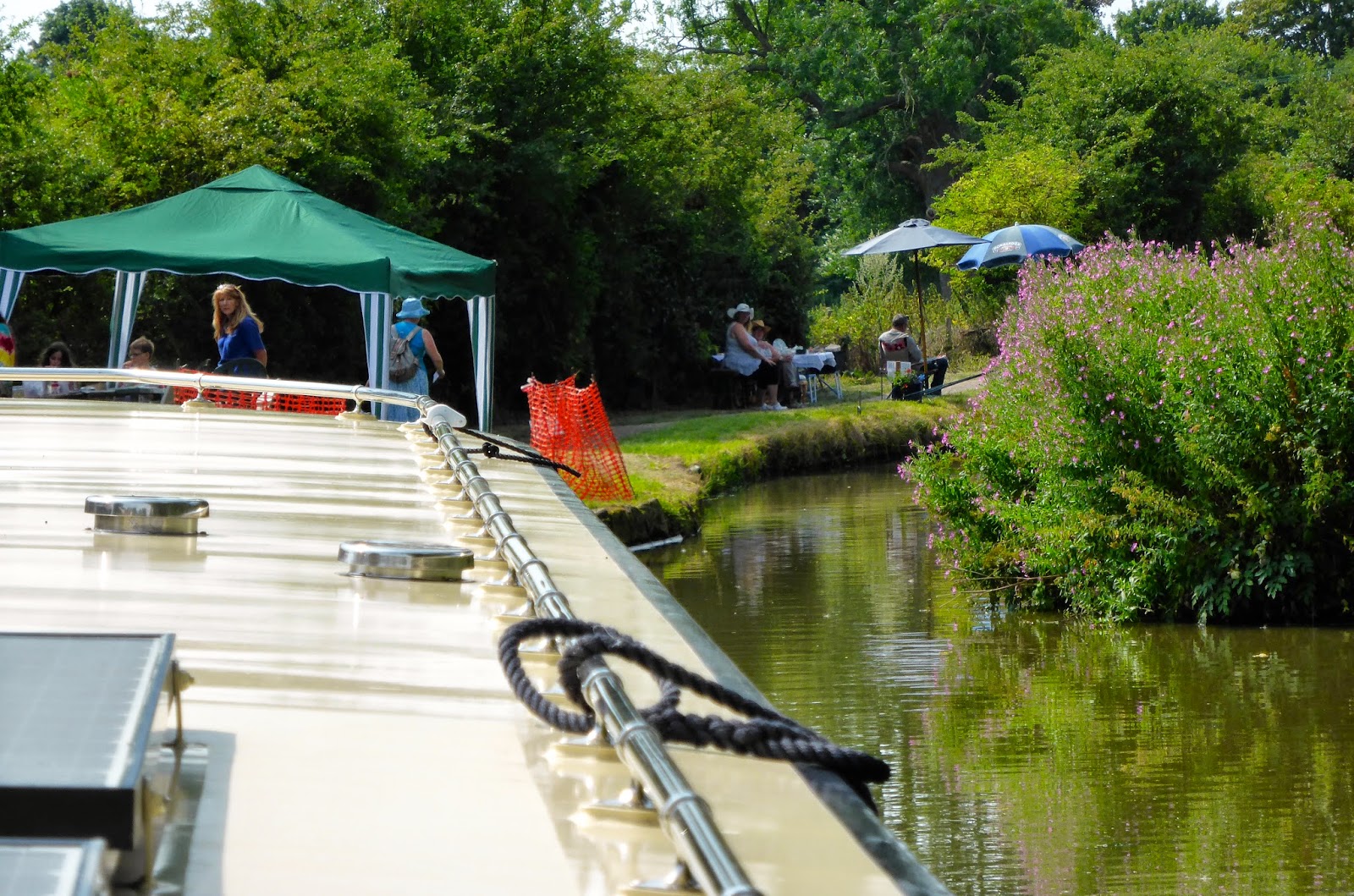 A bit of a pinch point here! 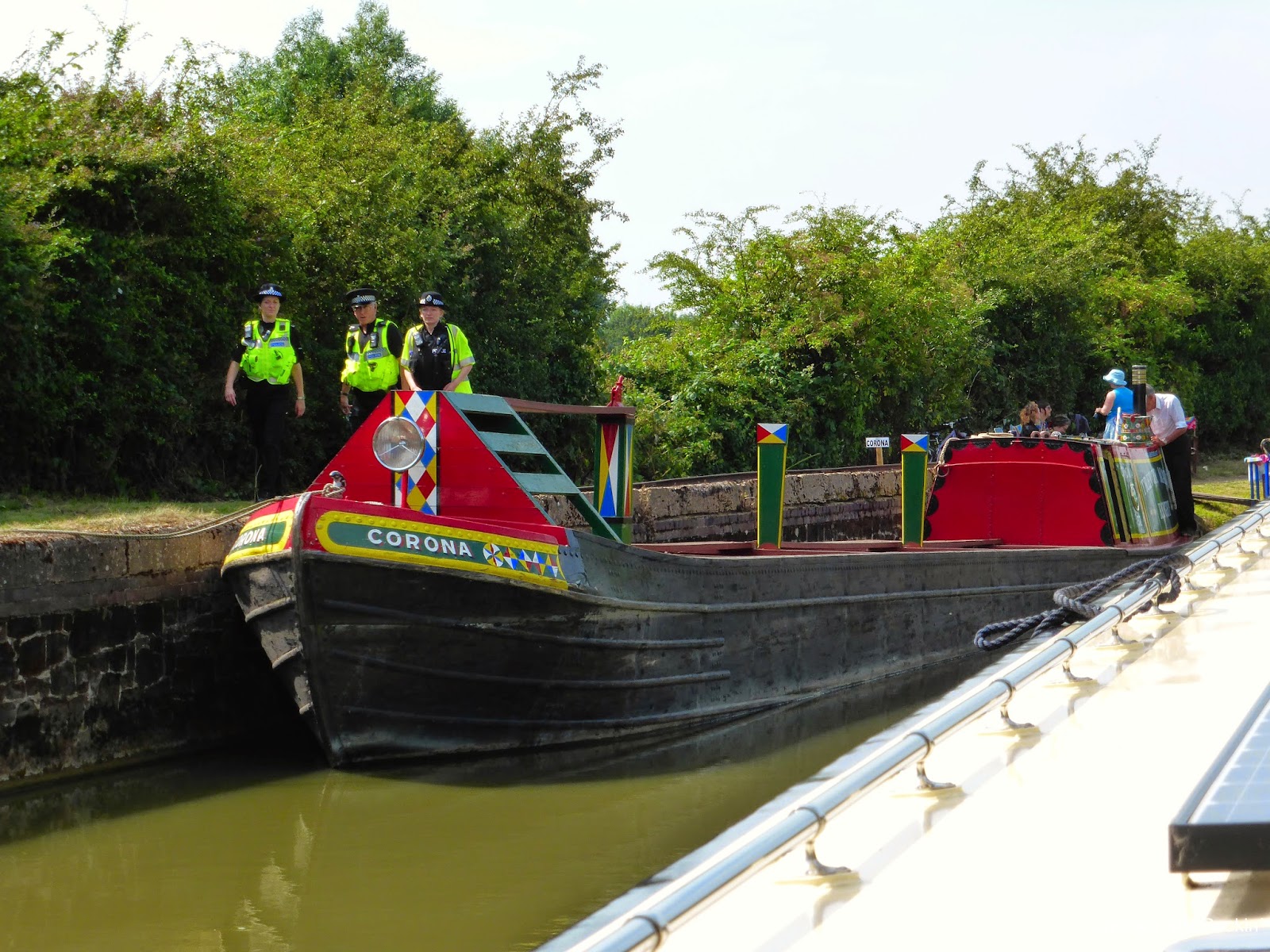 A mile further on we managed to squeeze in at the end of a long line of moored boats just below Grove Lock, so George had a long walk back to the railway station to collect the girls who arrived safely albeit 20 minutes late from Scotland.
Posted by Carol at 12:44