Hot cruises and a stormy bbq?

Sharon (our daughter) and 50% of her brood are with us until Saturday. 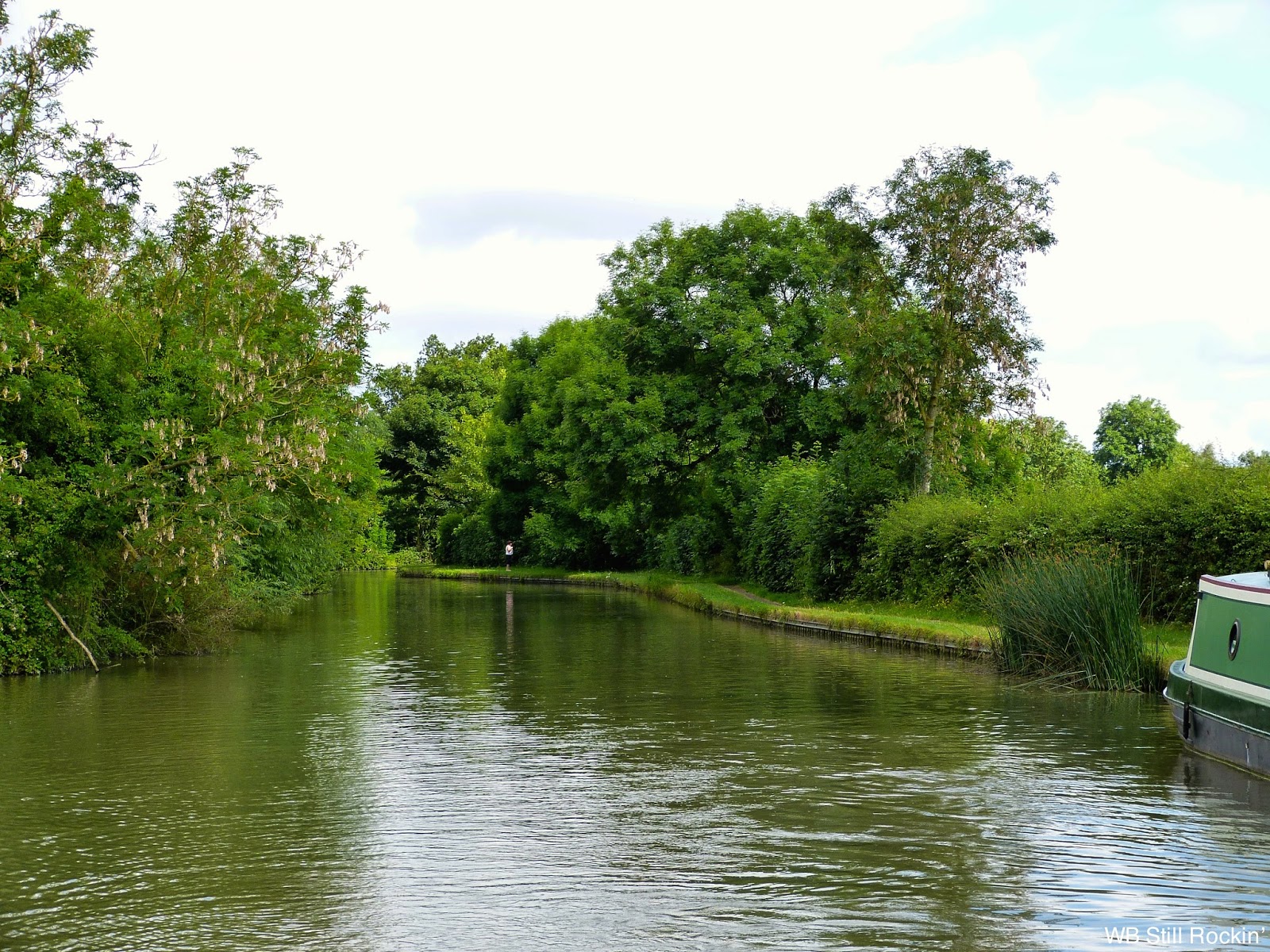 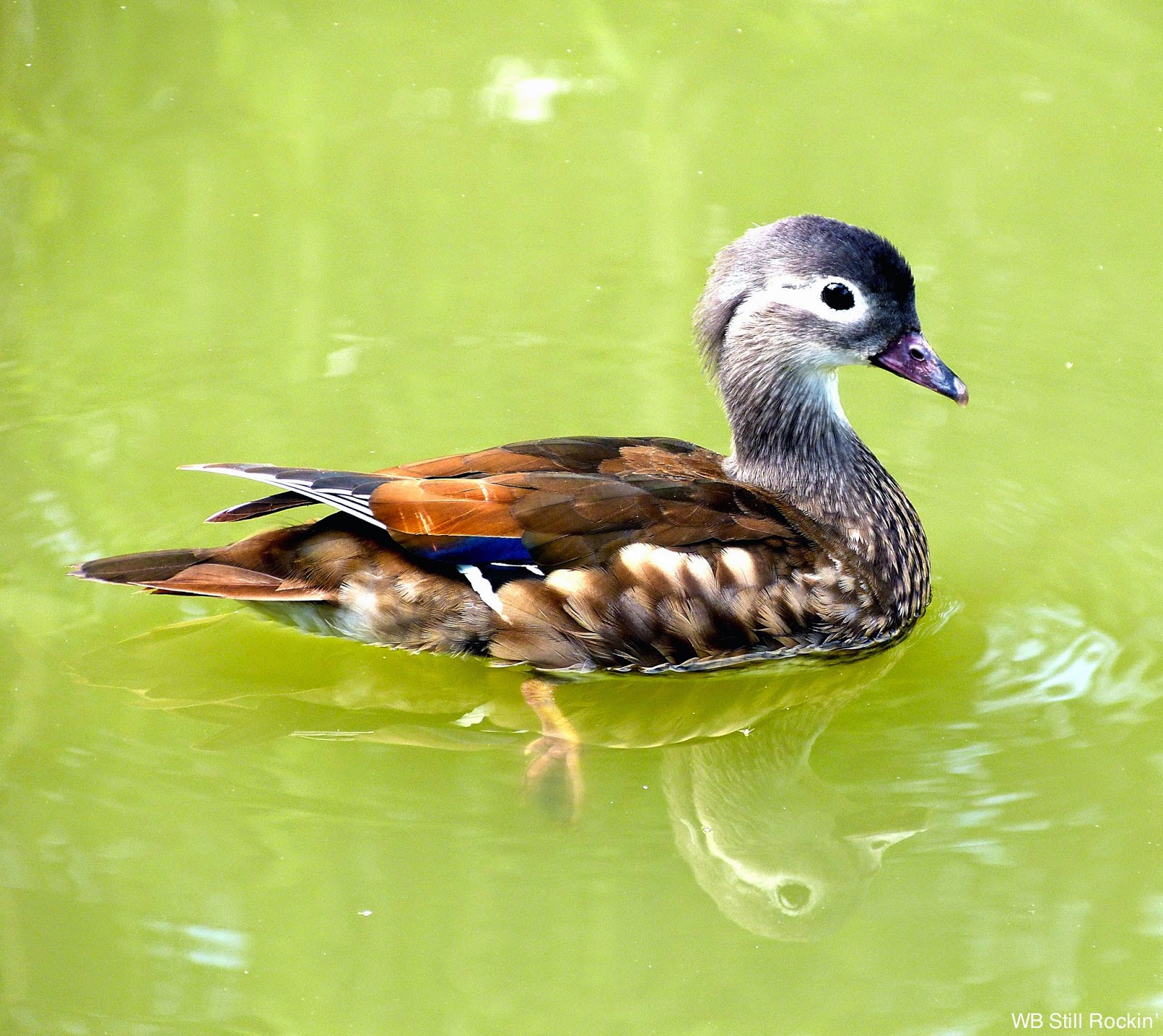 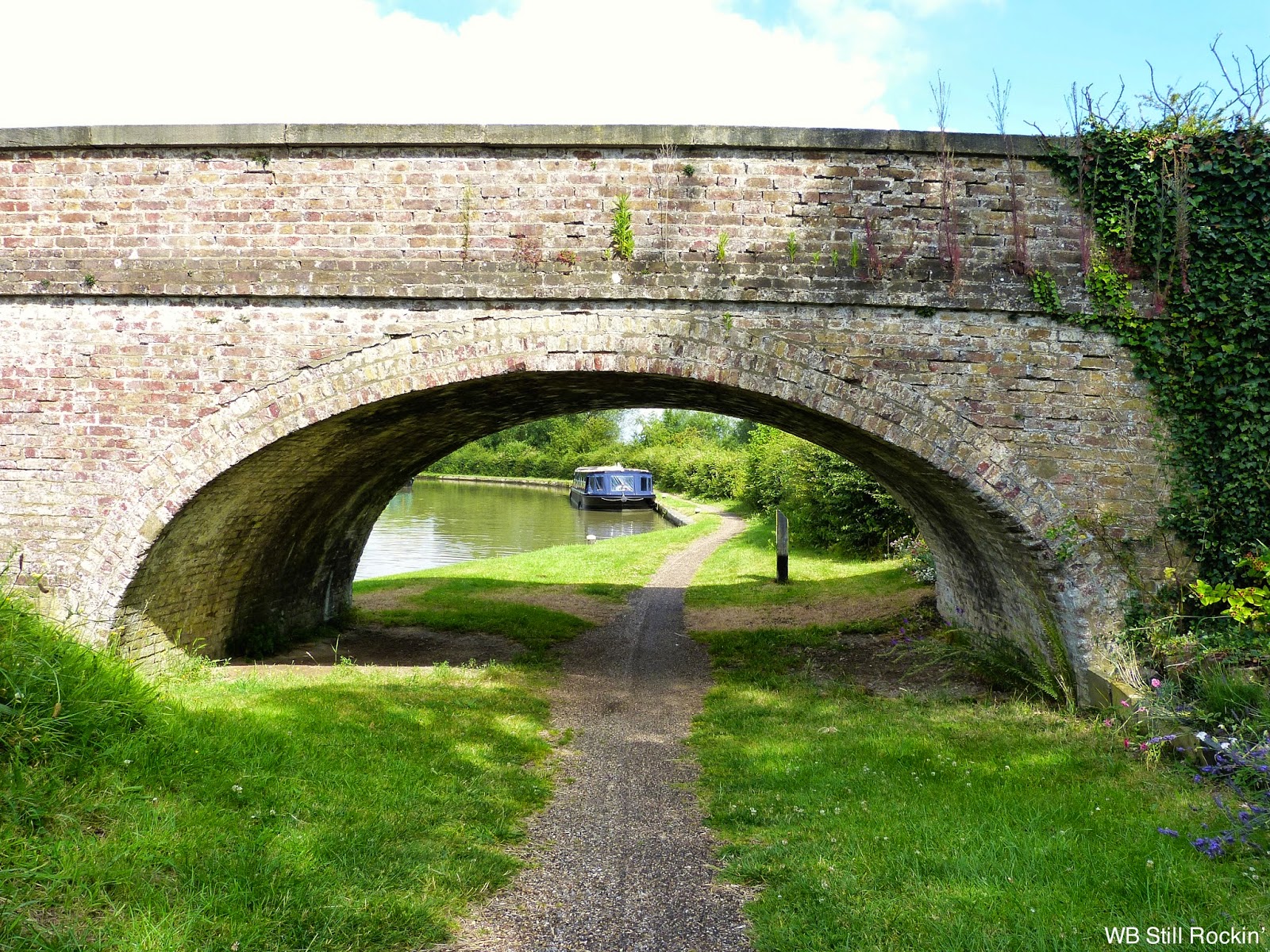 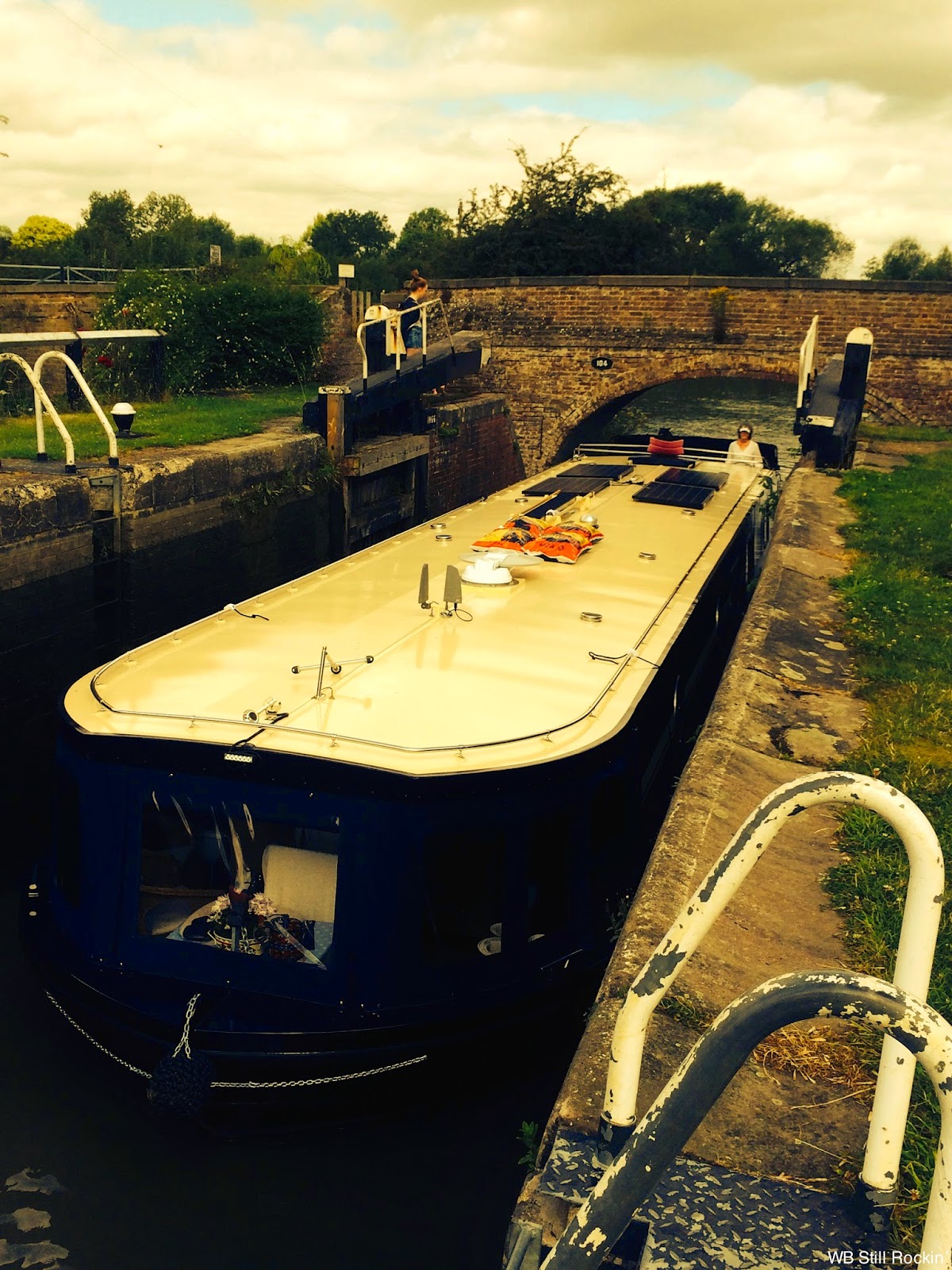 That’s me bringing her into to lock ... (photo by George) 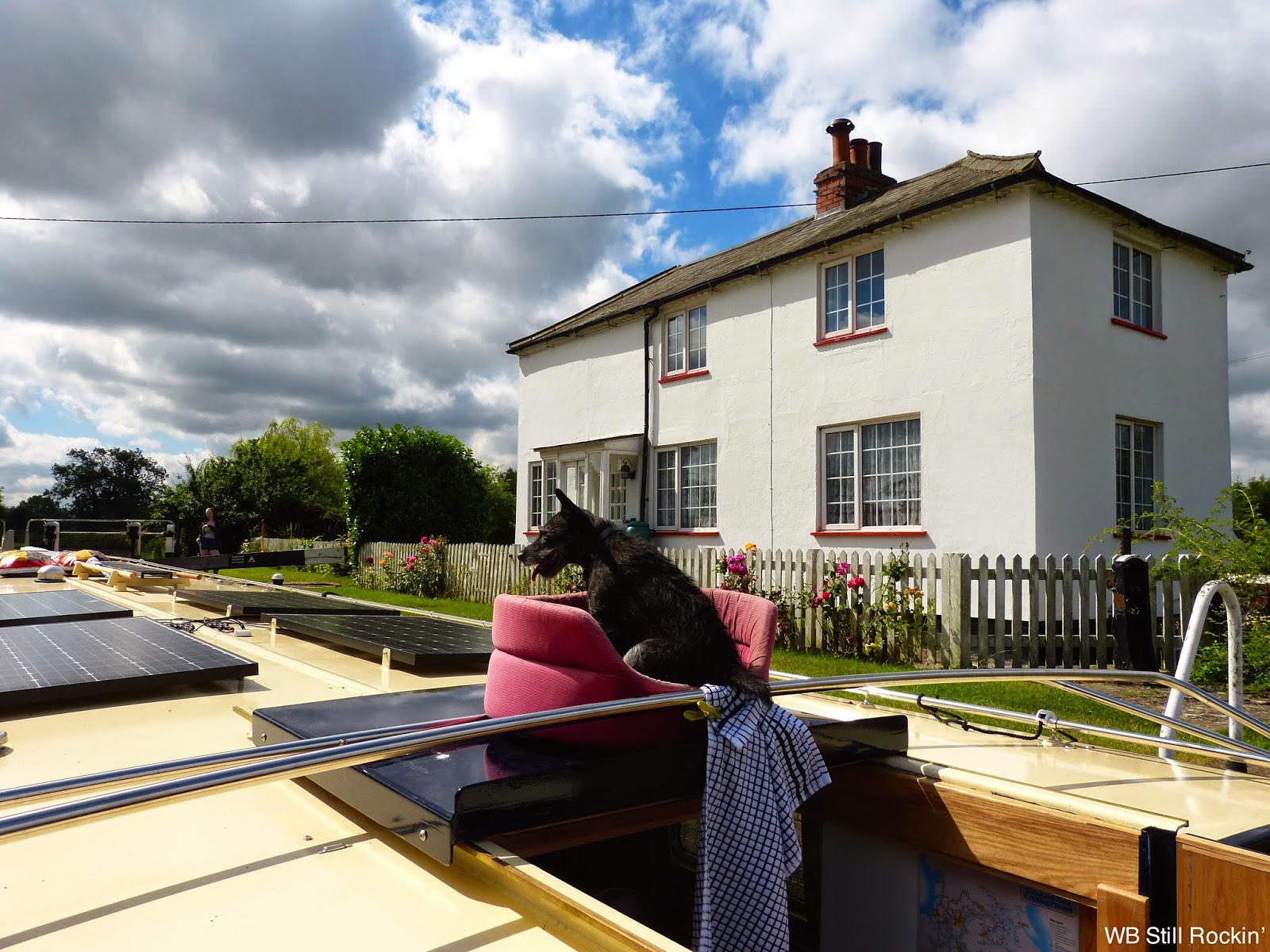 ... and Molly supervising events with the very smart lock house in the background (the tea-towel is a warning for the family to ‘duck’ as the hatch is not fully slid back). 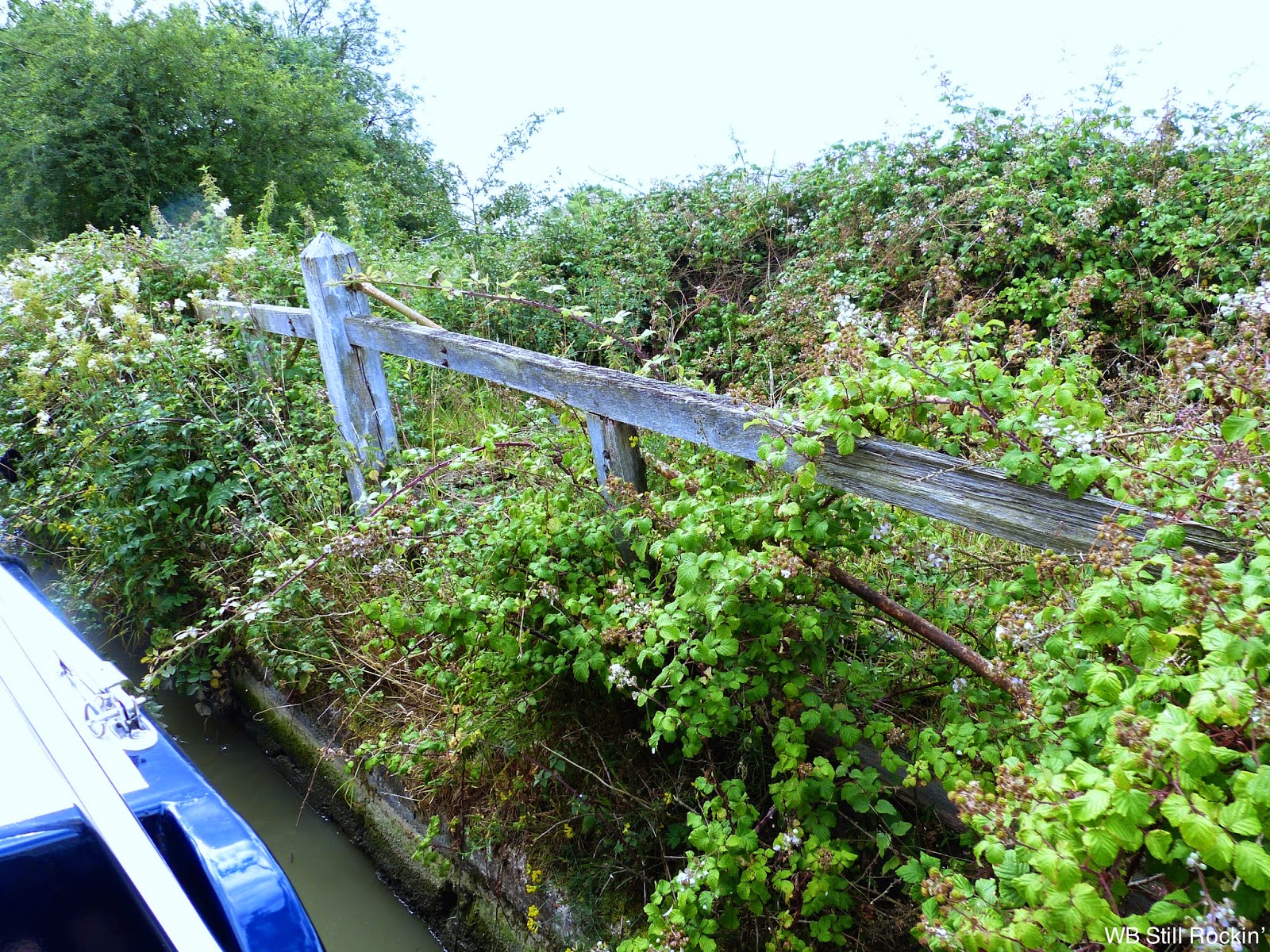 Passing the remains of an ancient swing bridge ...
As we approached Soulbury Locks the canal became more shallow and we were having difficulty on the bends with moored boats on either side.  Just before the water point we were so pleased to find a bit of armco to moor against (it was our original intention to ascend the first two locks, wind (turn), descend again and moor for the night).

George contacted C&RT to find out why the water wasn’t being replenished and while we waited for a call back we went for a walk up the locks ... 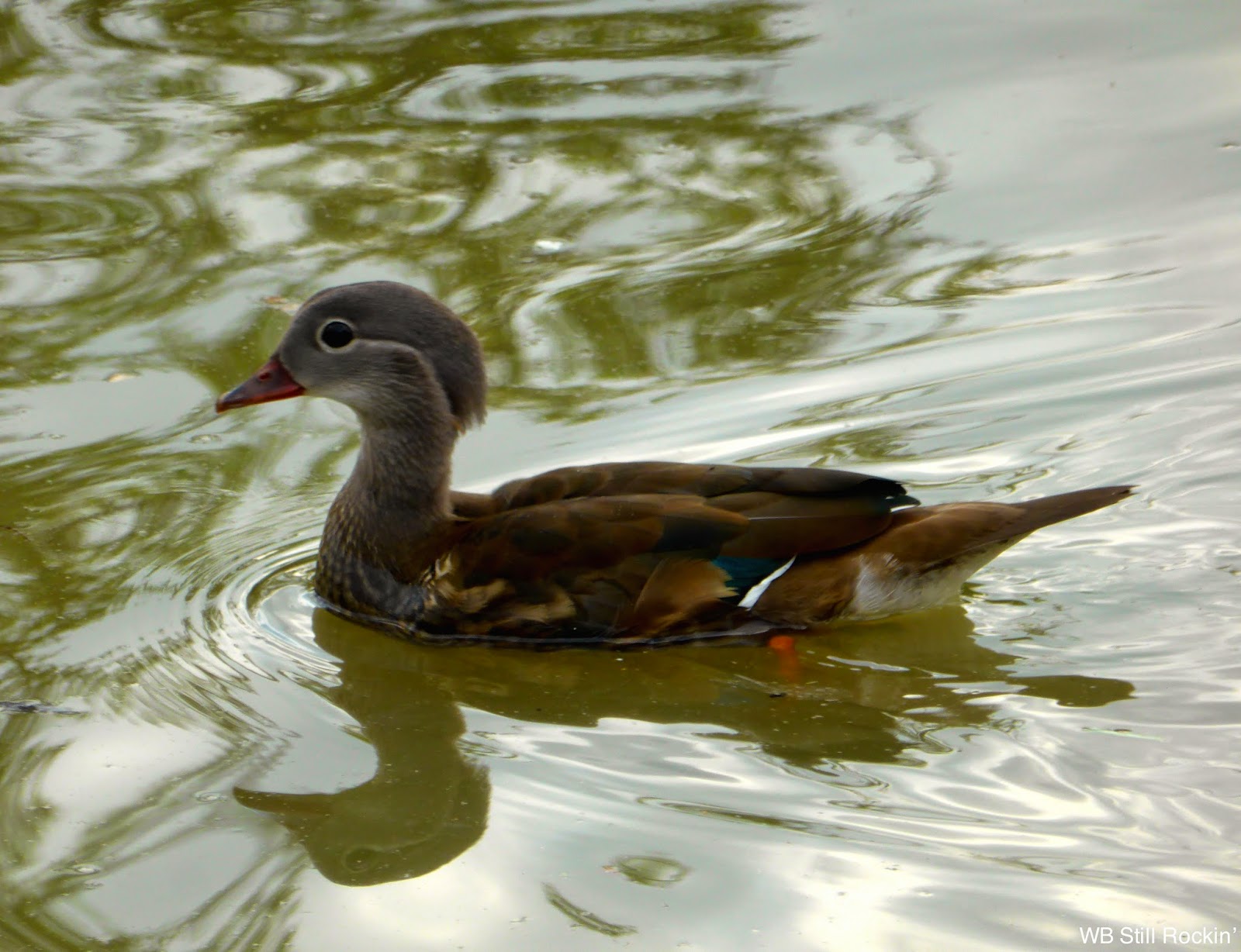 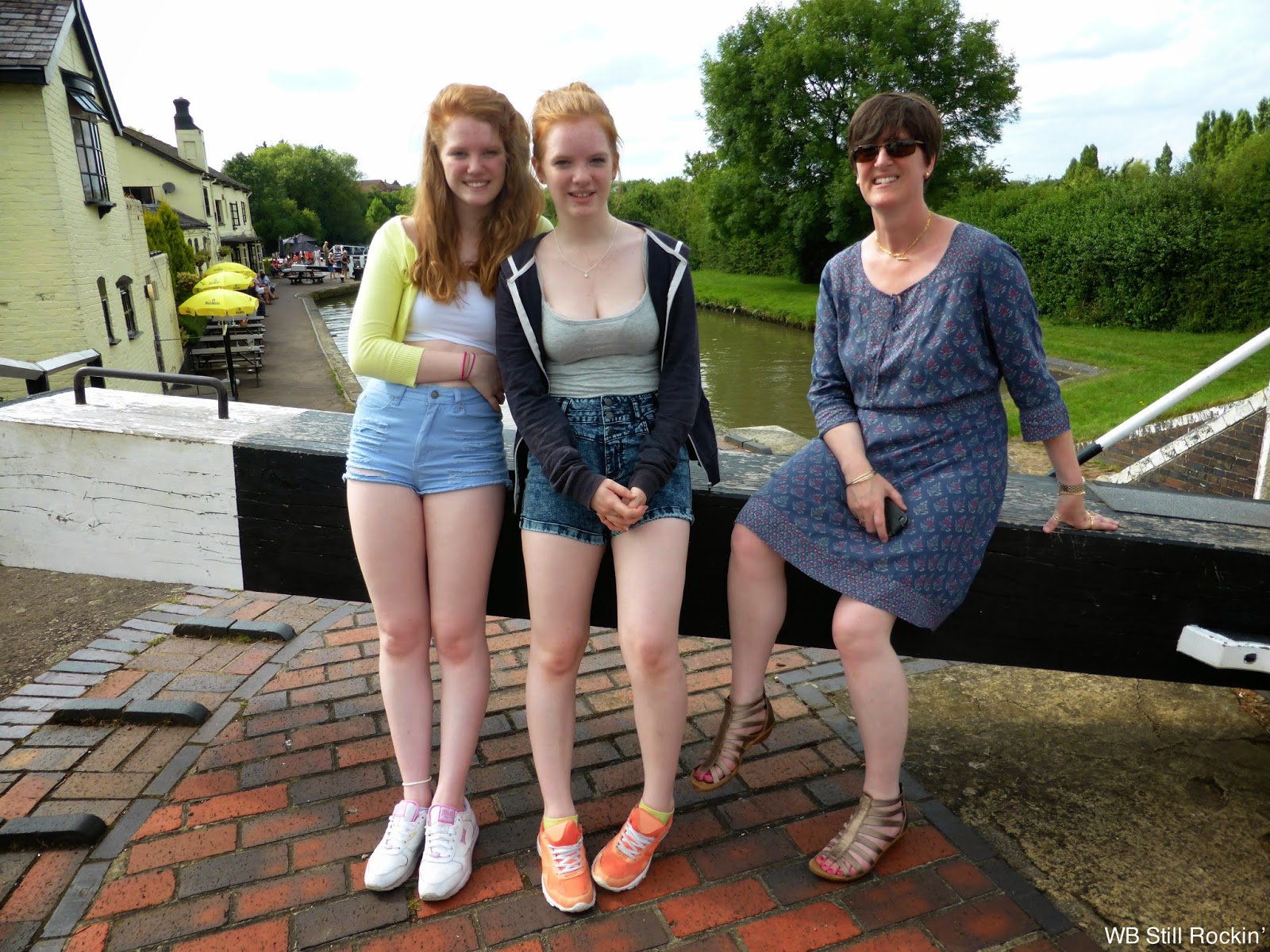 Joanne, Alice and Sharon sitting on the lock 25 balance beam with the Three Locks pub behind them.

The call came through from the local C&RT guy who informed us that due to noise nuisance they were not allowed to pump water for more than 7-hours per day and he advised us to turn around sooner rather than later as the pumps would not be run during the night and therefore the situation could be worse by morning.  Apparently (according to a local chap) Stoke Hammond lock house has recently been sold and the new occupiers have complained about the noise of the pump - surely they knew what they were buying and the consequences - so boaters have to suffer low water levels because someone purchased the wrong house! 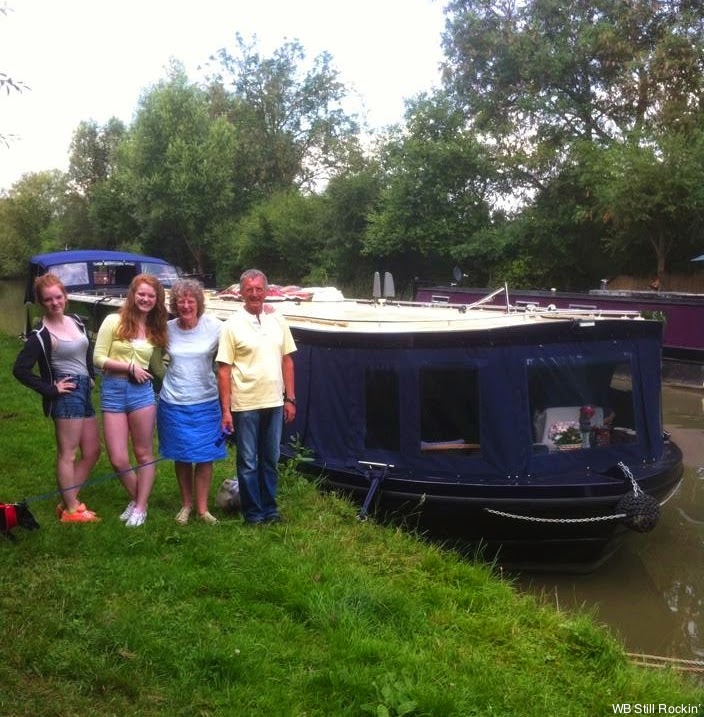 Back at Still Rockin' after our walk (photo by Sharon)

It was our intention to have a pub meal in the evening and we weren’t going to be deprived of that!  We had fun and laughter with the girls and their ‘selfies’ while we waited for our meals! 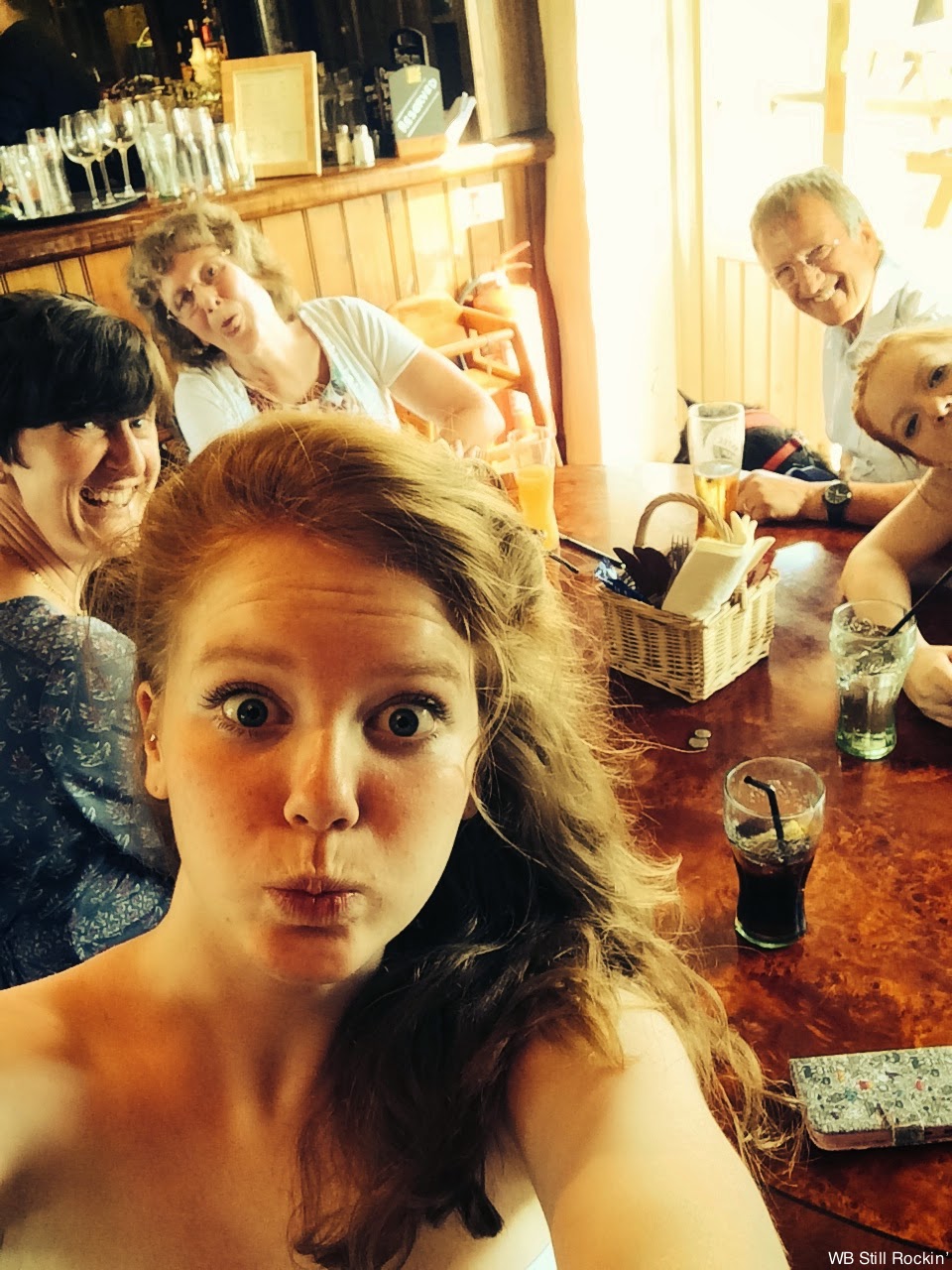 Joanne, Sharon, me, George and Alice.

During the meal it was decided that we would cruise back to our mooring of this morning below Stoke Hammond making our cruise on Friday that much shorter. 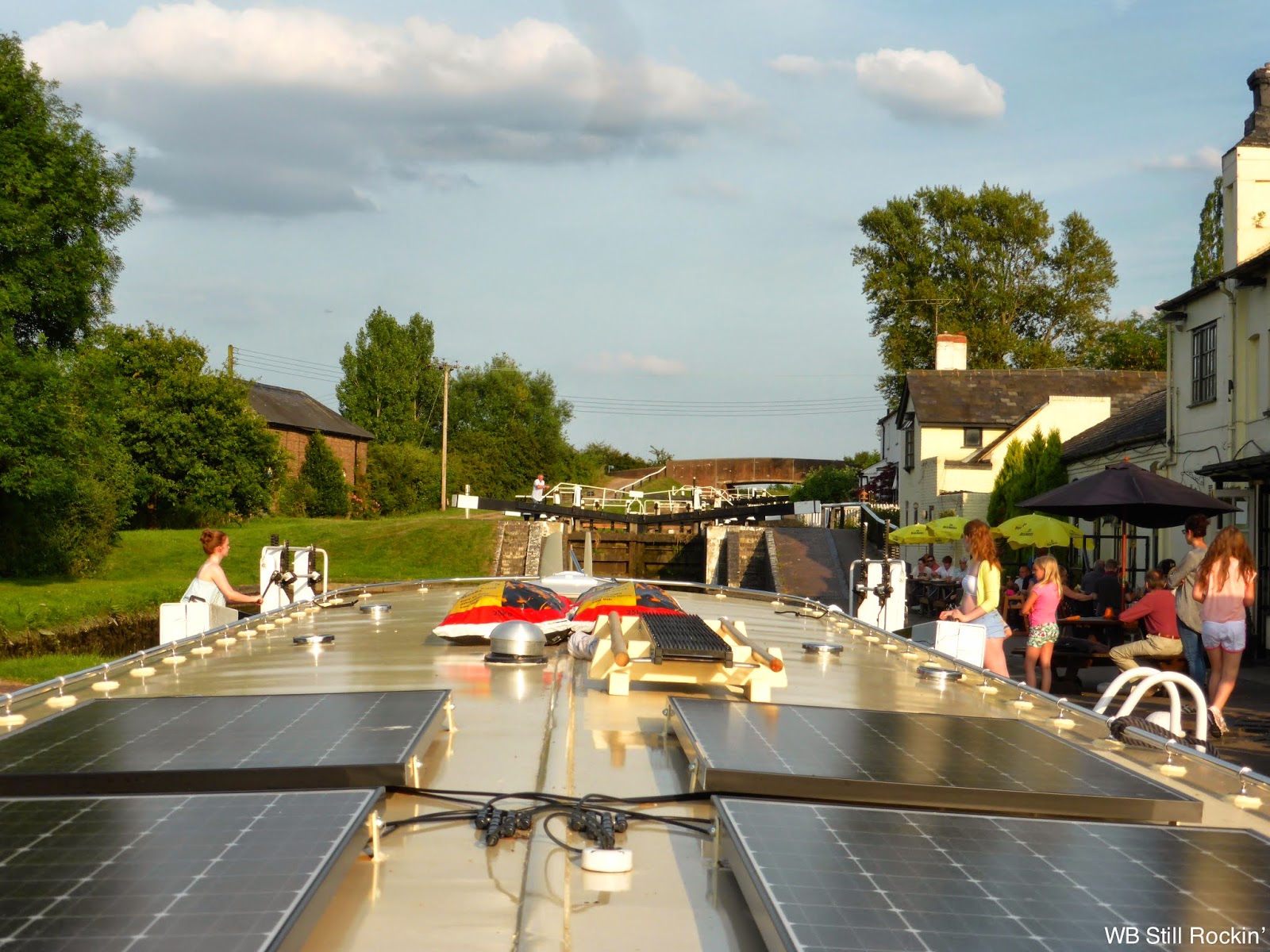 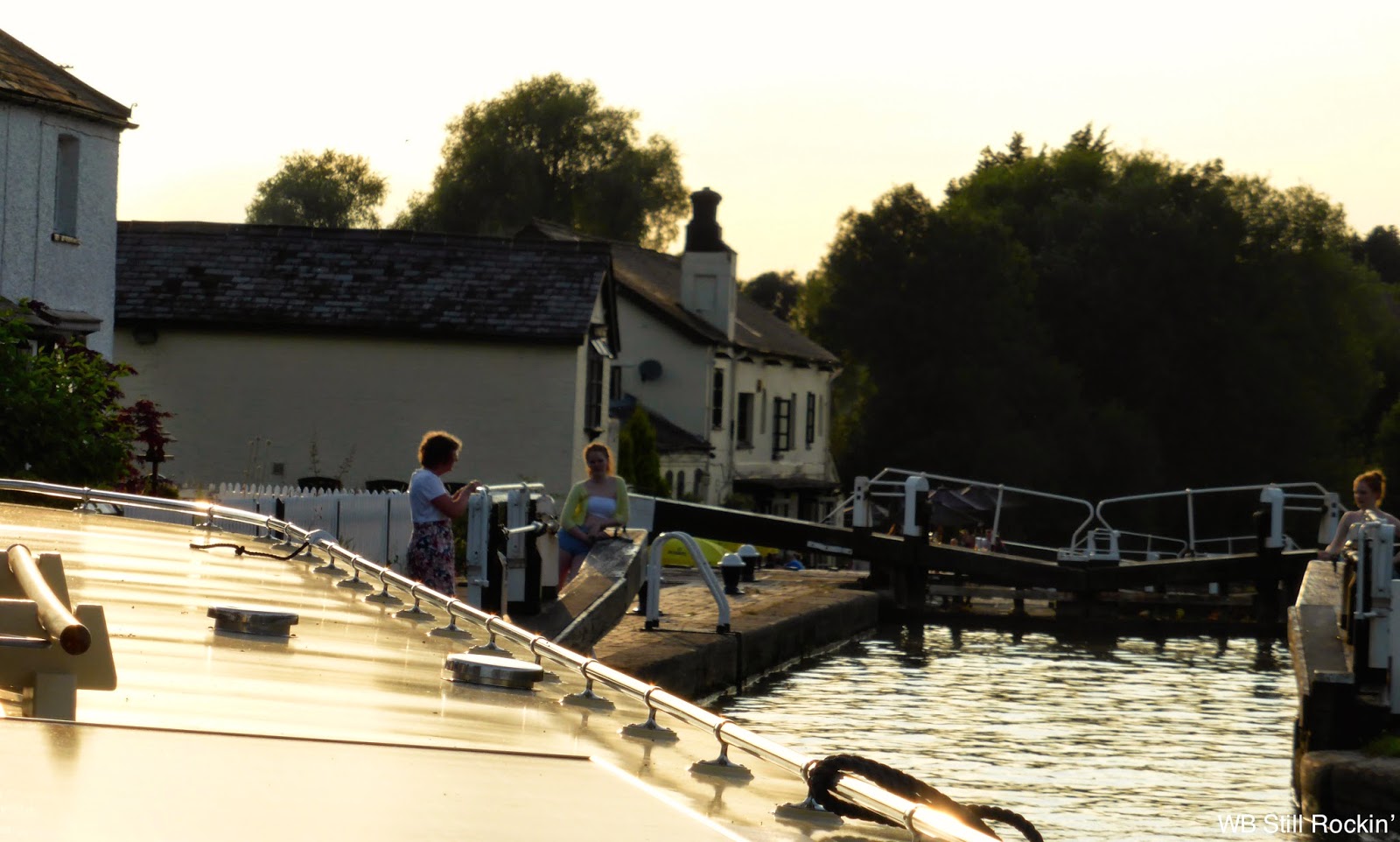 I swapped the steering with George for the next lock and the winding. Above he’s nearly completed the turn and heading back through the still open lock gates ... (photo by Sharon)

... and these two beautiful girls close the gates as Still Rockin' leaves and pulls over to the water point to replenish the tank.
(photo by Sharon) 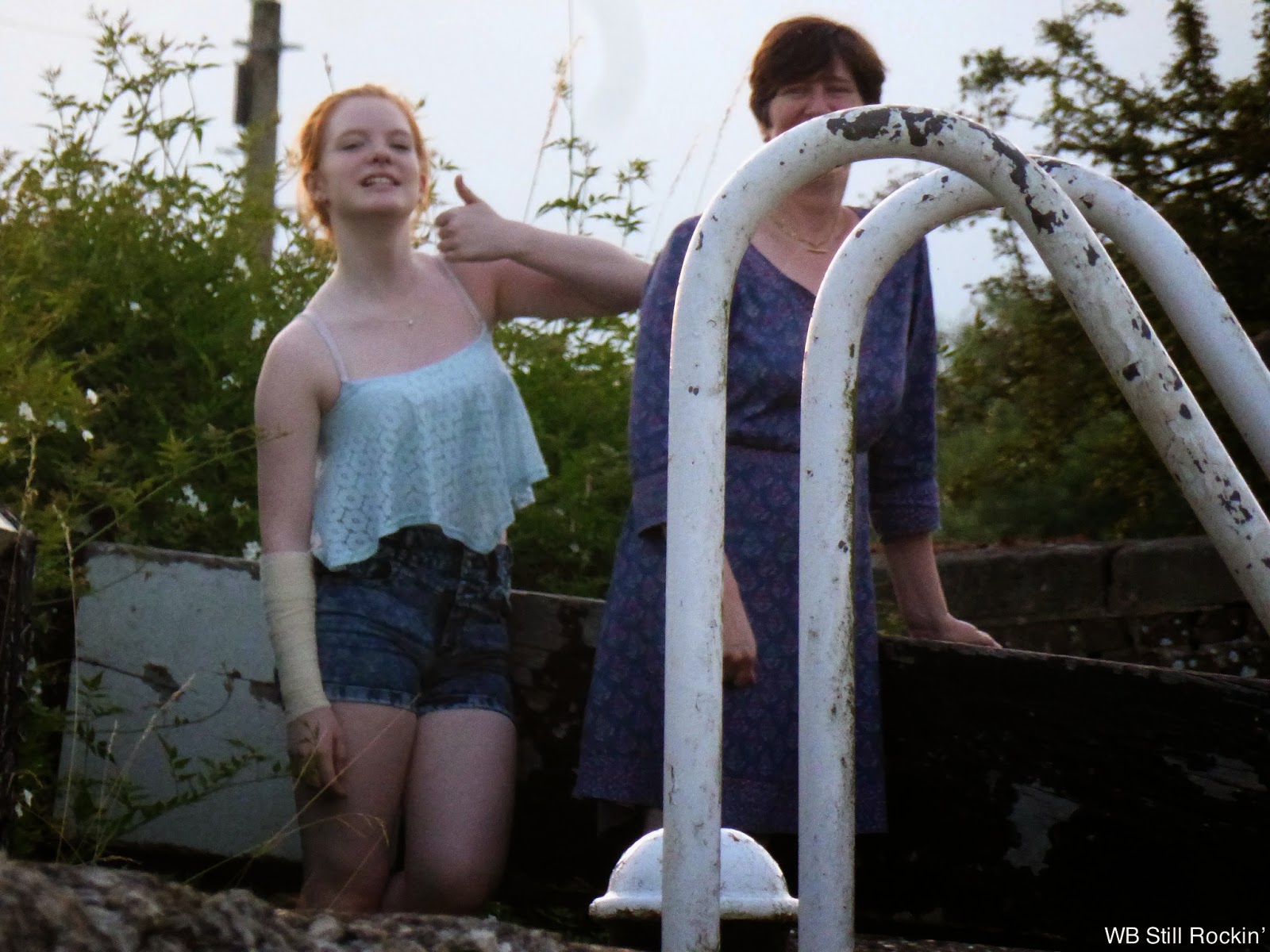 All girls together at Stoke Hammond ... 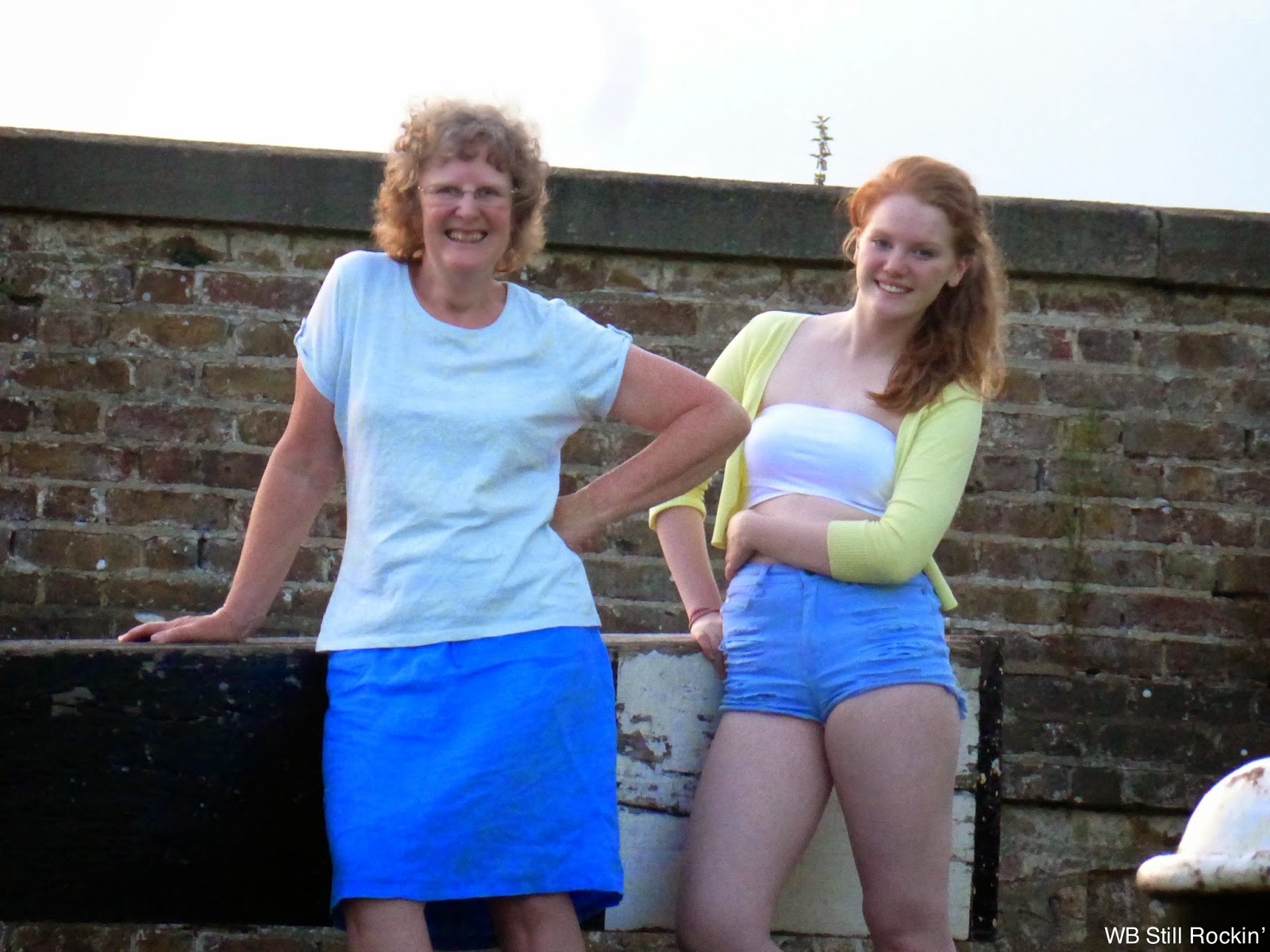 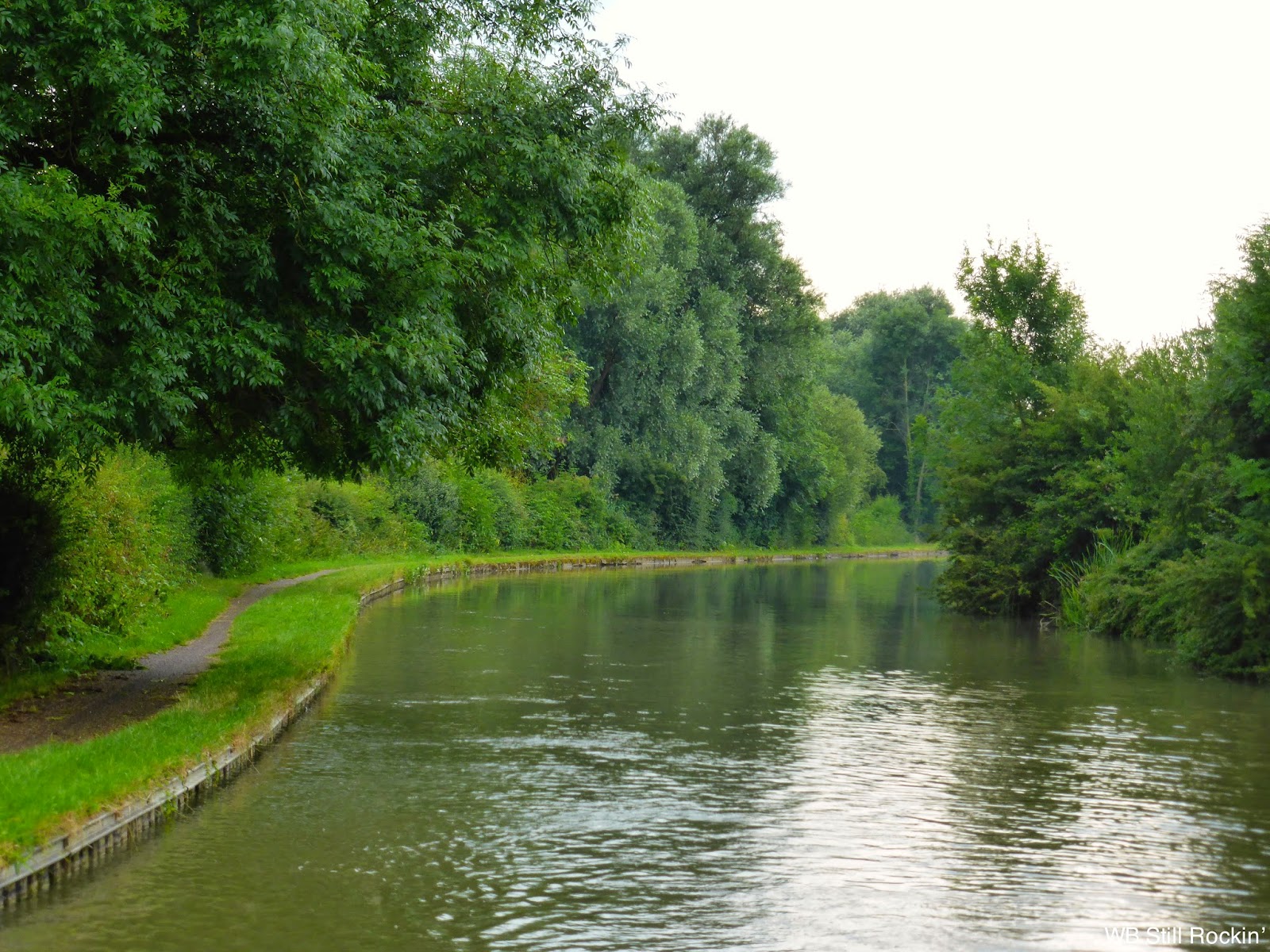 Friday morning dawned very warm and humid and there had been a thunder storm earlier on. 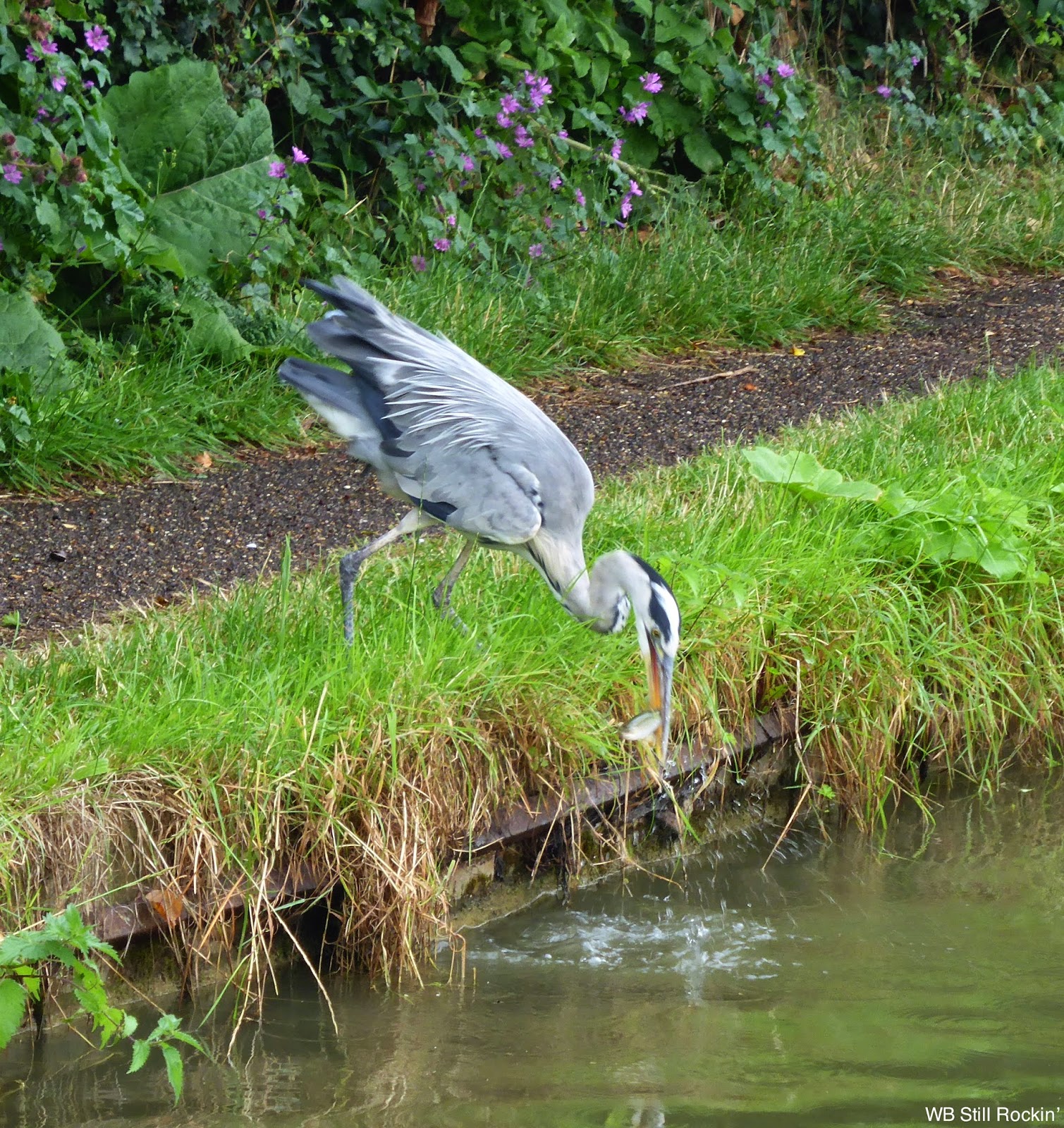 Soon after leaving our mooring I was lucky enough to have my camera ready when I spied this Heron waiting for his breakfast ... and he’s got it!
(click the picture to enlarge it)

The day just got hotter and hotter with just George and I on the back and the girls inside where it was a little cooler.  We had to stop a couple of miles after Fenny Stratford Lock and its swing bridge as we had no steering and George had to clear the propellor of plastic bags etc. so we decided to have lunch before continuing.  We really didn’t enjoy the rest of the cruise it was just too, too hot, and we were so relived to arrive back at Cambell Park, Milton Keynes at about 3pm after 5-hours in the scorching heat. 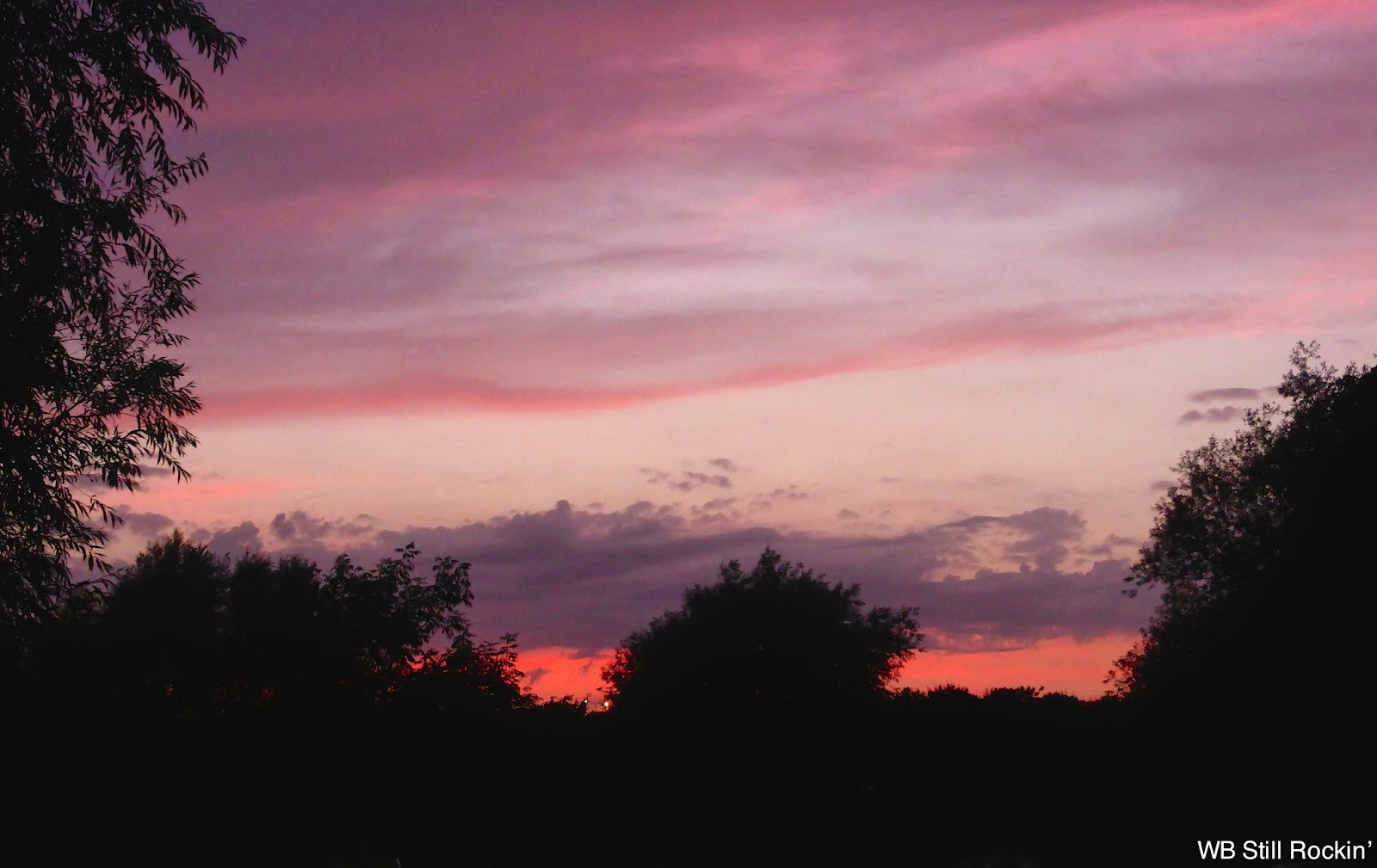 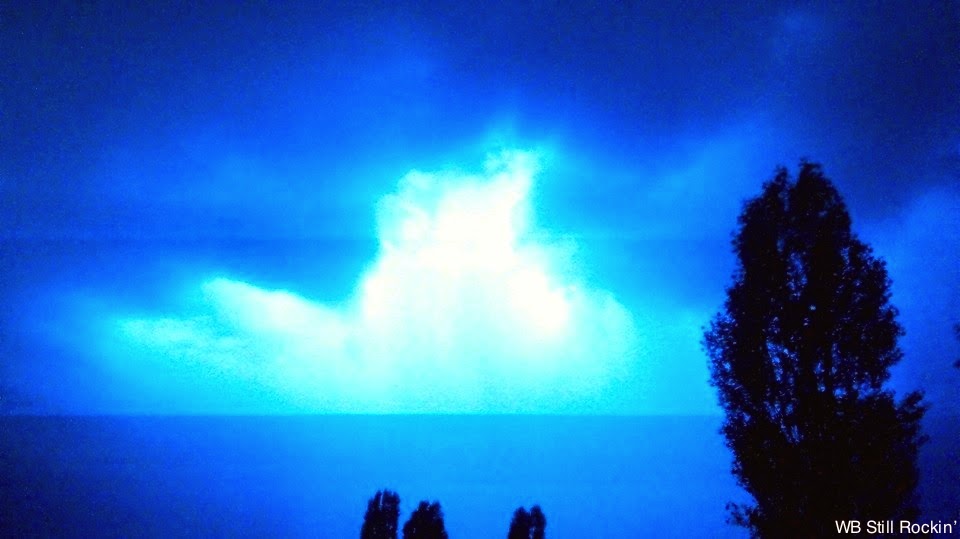 ... and a spectacular electrical storm just an hour later before the rain came down with a vengeance! (photo by Joanne with her phone!)

Saturday was BBQ Garden Warming at our son’s house so we hired a car and left Still Rockin’ at her mooring.  We’d been travelling north for less than an hour when the rain started and it became heavier as we reached Codsall.  Mark and wife Ange had been planning this garden bbq since August when they started the landscaping of their garden promising themselves that they would celebrate with family and friends when it was completed.

The storm continued whilst the plastic gazebo was erected on the lower patio and the bbq was lit under the awning, we were so disappointed for them after all the good weather we’d been having that it had to change today.  But miracles do happen and we saw a bright blue gap in the dark clouds, the rain eased and the clouds gradually dispersed.  The cushions came out for the furniture on the top patio and guests spread out about the garden using it to its full extent.  The weather had done us proud and a good time was had by all.

On Sunday morning Sharon and family hitched up the caravan that we’d borrowed to live in whilst Still Rockin’ was being built and headed off for Scotland - a long 6-hour journey for them.  We returned to the boat and had a very lazy afternoon.

Today we took advantage of still having the hire car and did some shopping where we met Pat and Chris who have been following our blog (also Seyella, Moore2Life and No Problem) for about 6-years now after they were forced to give up their narrow boating due to Chris’ ill health.  George and Molly had been waiting for me outside one of the shops and Pat recognised them from the blog - how amazing is that!  It was great to meet you both and we wish you both well in the future.

Tomorrow we will have an early start and do the same journey again ... River Thames here we come!
Posted by Carol at 18:27