We had visitors yesterday (Monday 12th November) Nicky and Keith.
After continuously cruising very nearly the whole of the UK system for seven years they have decided it's time for a new adventure and so have hung up their windlasses and put narrowboat   Badger Sett into brokerage at Mercia Marina. (please click HERE for more information).

Having left Badger Sett at the marina Nicky and Keith called in to see us in their lovely motorhome as they travelled south.  We had a nice meal and catch-up out at Bill's in Marlow followed by drinks and more chat onboard Still Rockin'. 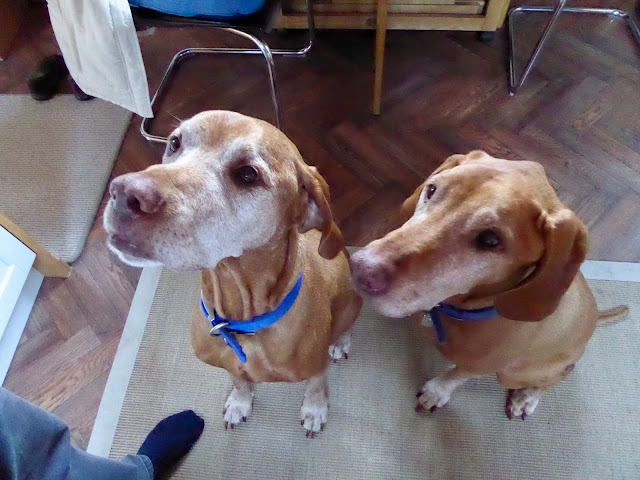 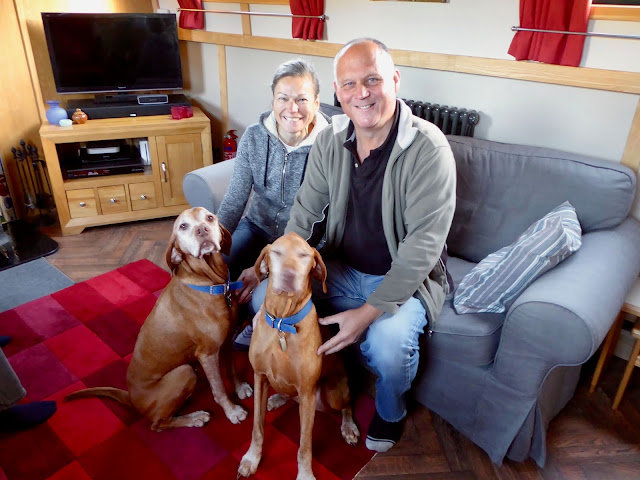 In a few weeks time they'll return to Jersey for Christmas and in the new year will continuously cruise Europe in the motorhome, so it will be some time before we're able to meet up again. 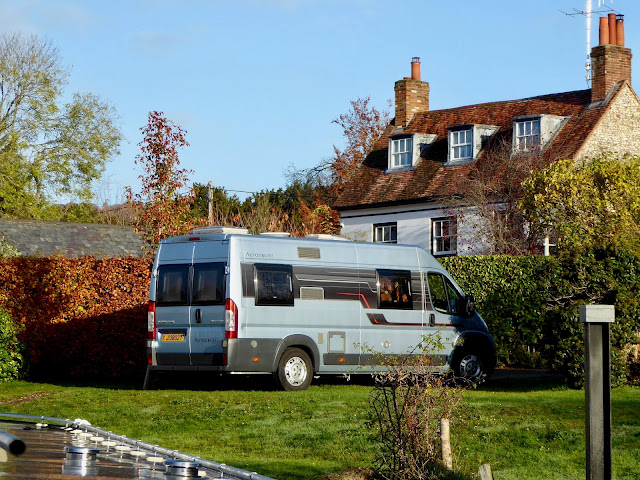 We wish them luck, great adventures and a good road for the future.

Once Nicky and Keith had left it was time for us to make a move ... 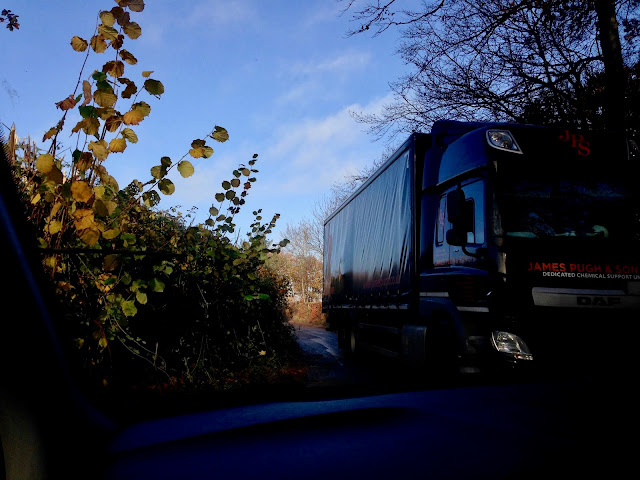 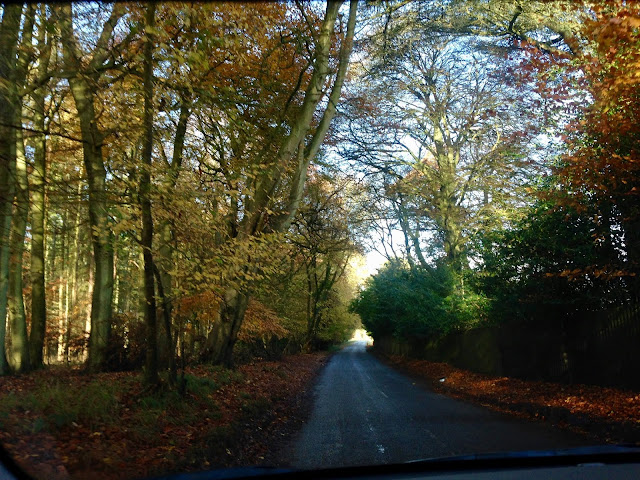 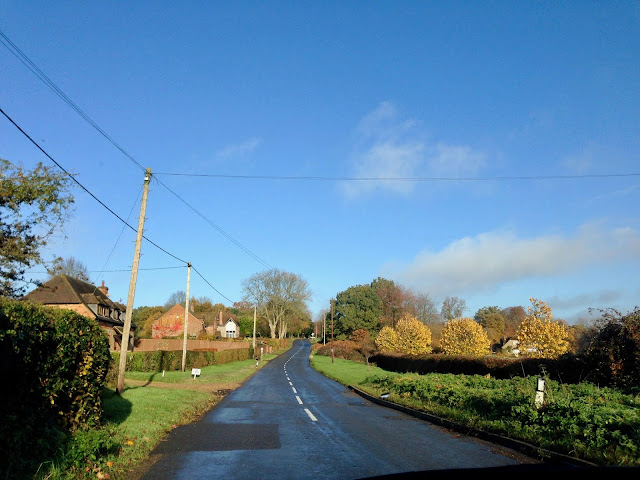 but it was a lovely day to be off to have our annual check-ups at the dentist. 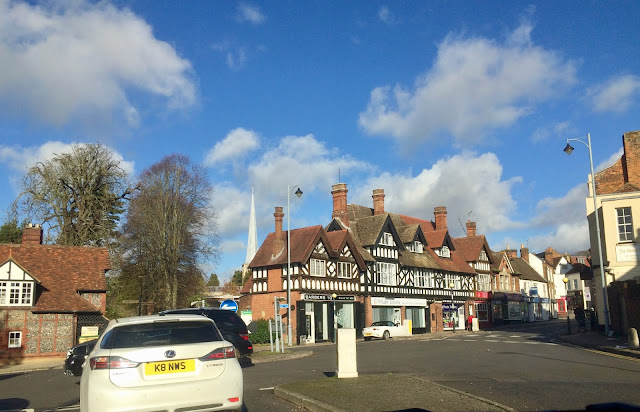 Arriving at Hemel Hempstead and turning right into the Old Town ... 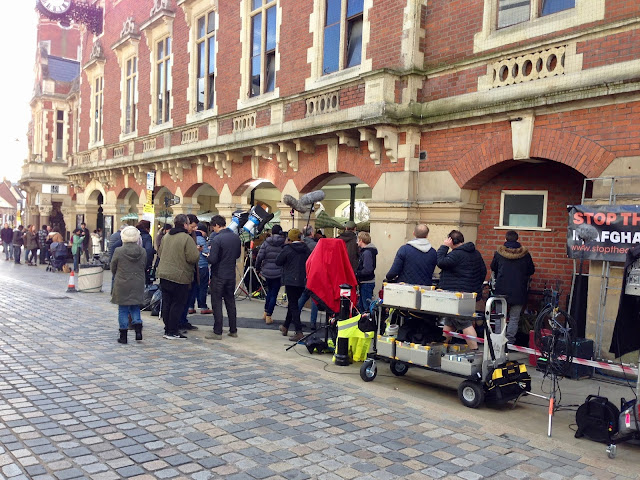 where film crews were busy 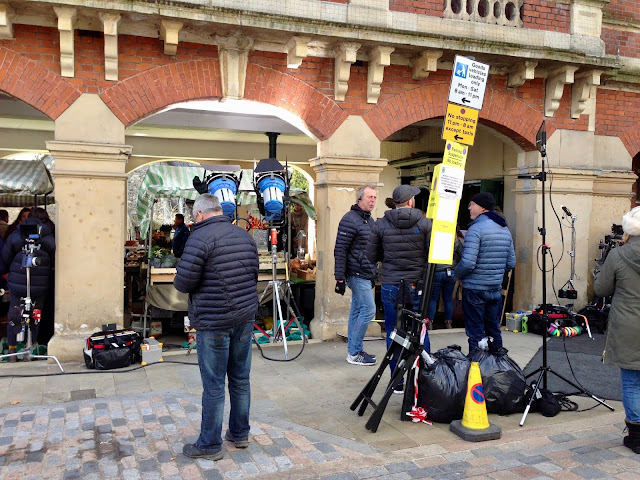 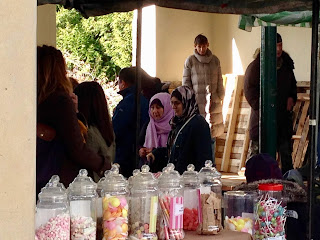 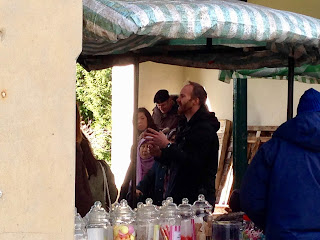 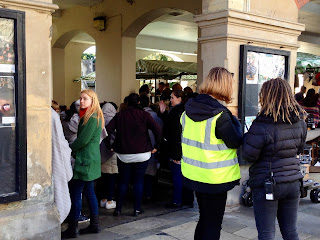 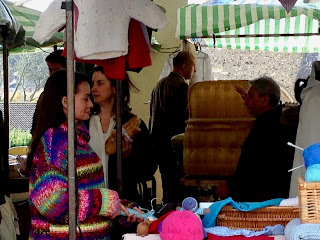 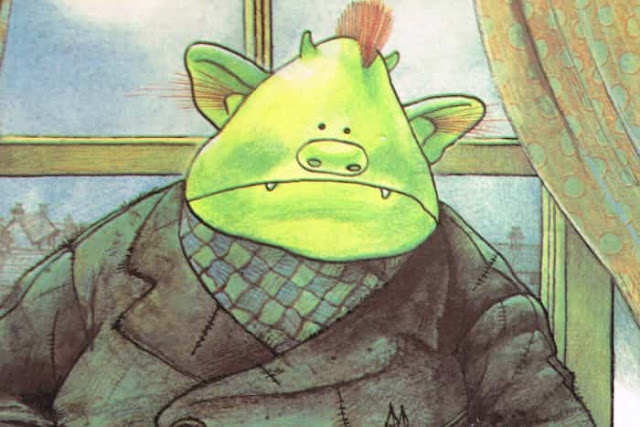 The original book, 'Fungus the Bogeyman', a children's picture book, was first published in 1977 and written by Raymond Briggs who also wrote 'The Snowman' which was later made into a very popular film for children and many adults too!

Our visit to the dentist went well and neither of us needed further treatment.  We spent a couple of hours wandering the shops before returning home.
Posted by Carol at 07:58