My birthday isn't until mid-December but on Thursday morning last week George handed me a large wrapped envelope ... 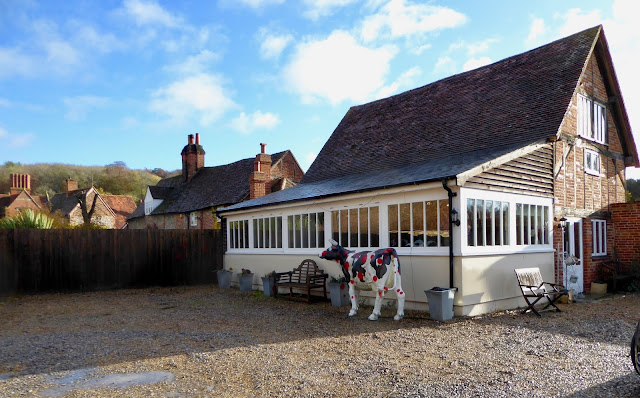 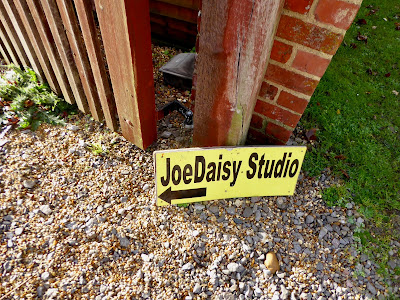 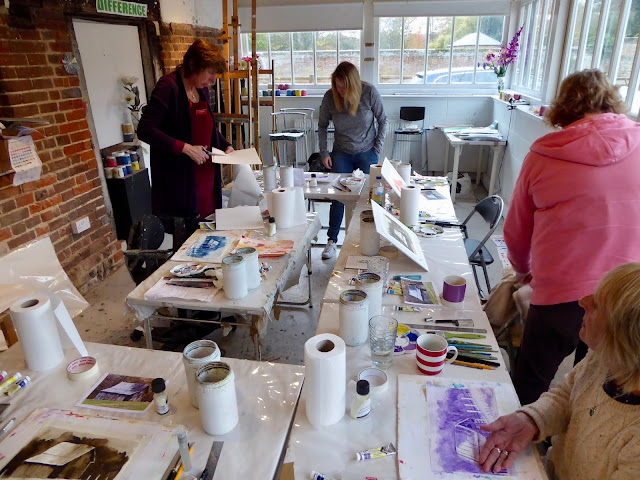 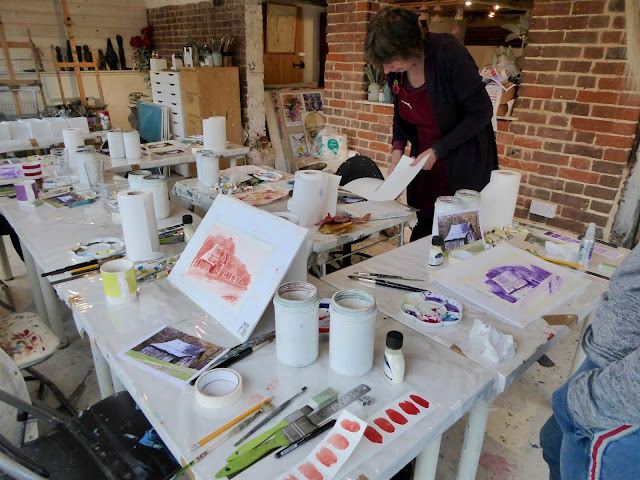 That's my very first attempt at a watercolour ... and I'm proud of it! 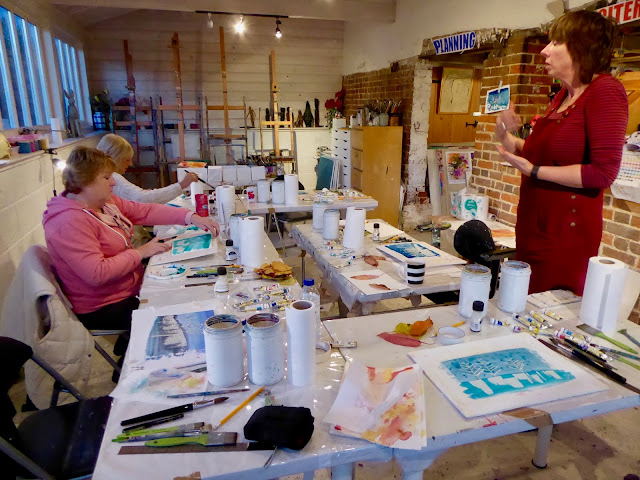 A 'play' with masking fluid, paint and salt!
That was the end of day one.
A very interesting, exhausting but enjoyable day.

Day two ... before leaving home ...
After heavy rain yesterday and all night 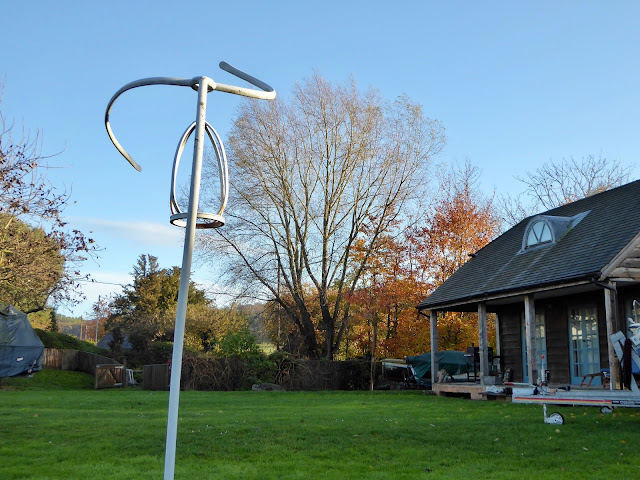 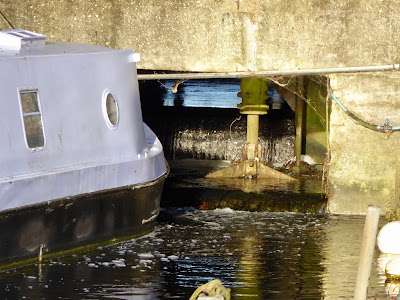 We could see from the water flowing under the mill stream bridge that the river had risen somewhat ... 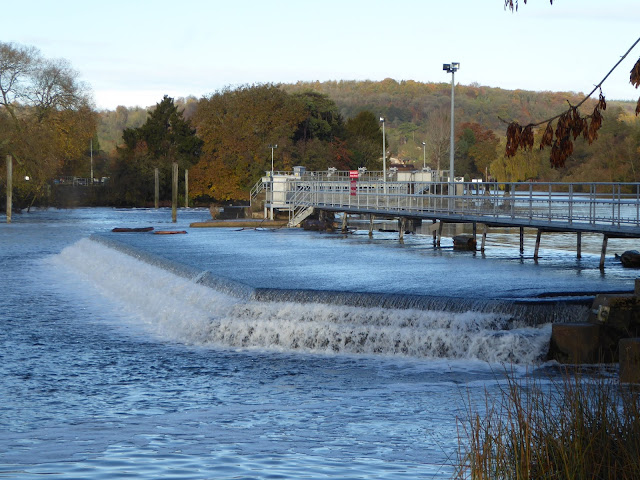 I walked through the marina to see what was going on at the weir and took the picture above ... 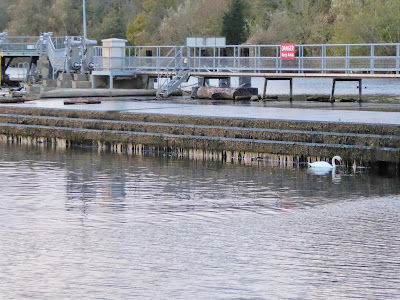 compare it with this photo, the same view, which I took just last weekend ... the River Thames has risen about a good eight inches! 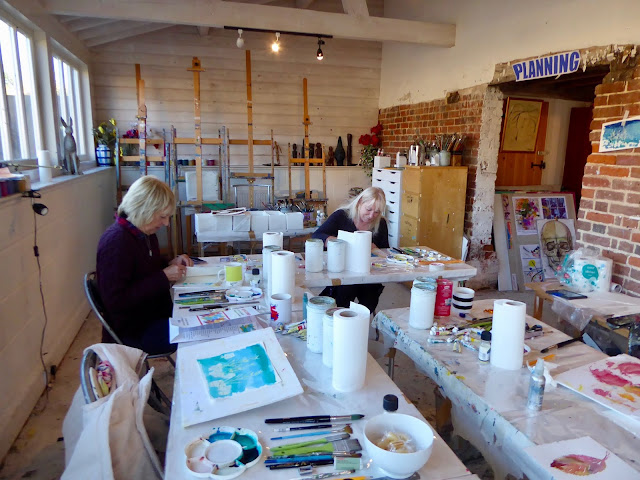 Finishing off yesterday's piece, removing the masking fluid and adding paint where we thought necessary ... though I wasn't so pleased with my attempt. 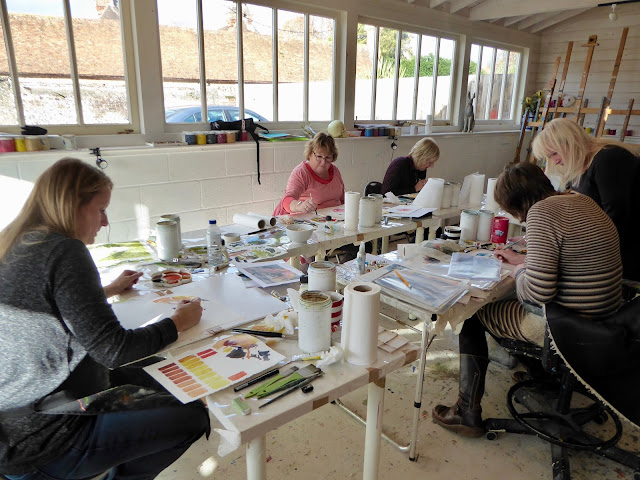 We had been asked to bring with us a photo or picture of something we liked and wanted to paint.  Three ladies wanted to paint animals and one wanted roses around an old door.   In the picture above (left to right) is  Mindy, Jan, Barb and Julie talking to Liz the tutor ... 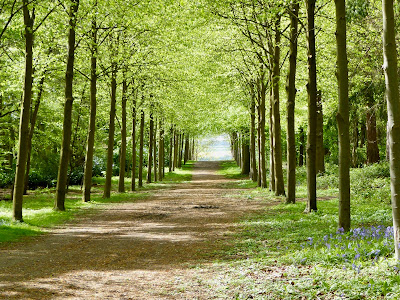 and I brought a landscape photo taken at Cliveden earlier this year.

Whilst I was waiting for my paint to dry (takes what seems like ages) I wandered around the room ... 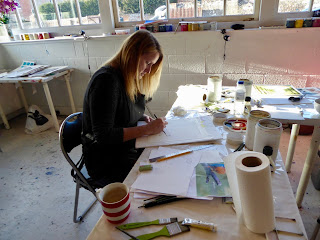 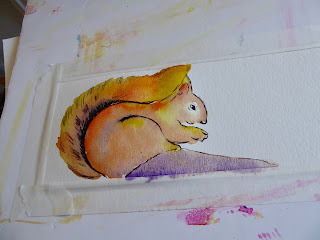 Mindy who was the only member of the group who had painted before but only in acrylics painted a wonderful pouncing fox and then did this beautiful ink/paint picture of the squirrel in less that 15 minutes!  In the photo alongside she is creating a kingfisher, she is very talented. 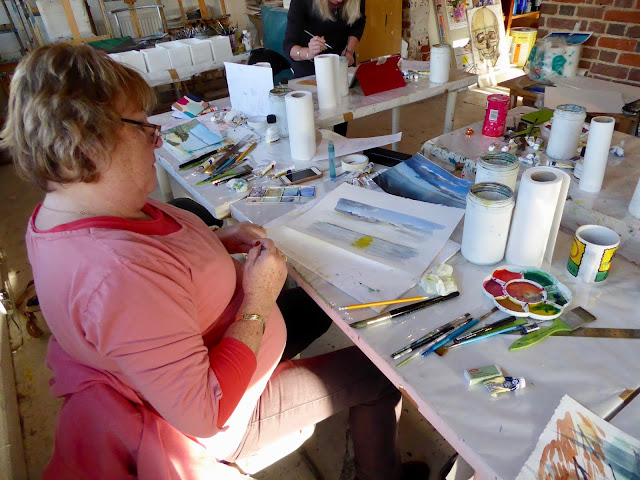 Jan has also finished her main piece of work and is now practicing her skies and waterscapes. 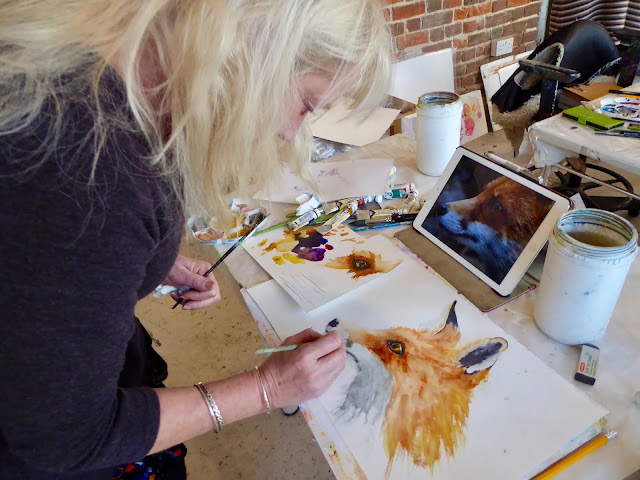 Julie putting the finishing touches to her fox which she has captured beautifully. 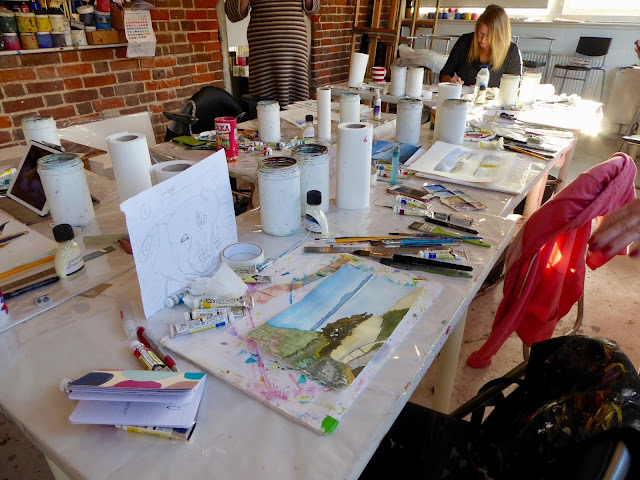 Although Barb initially wanted to do an animal she decided a seascape would be her 'thing'.  It has turned out perfectly and I thought that she was very brave to attempt water and sky as her first painting. 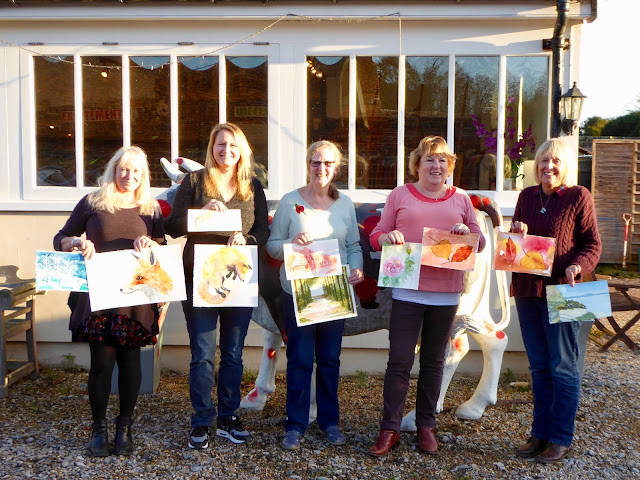 End of course photo ... Julie, Mindy, me, Jan and Barb ... do you recognise my painting of my photograph?  It was far from perfect and of course had some mistakes in it, but I was pleased with it. 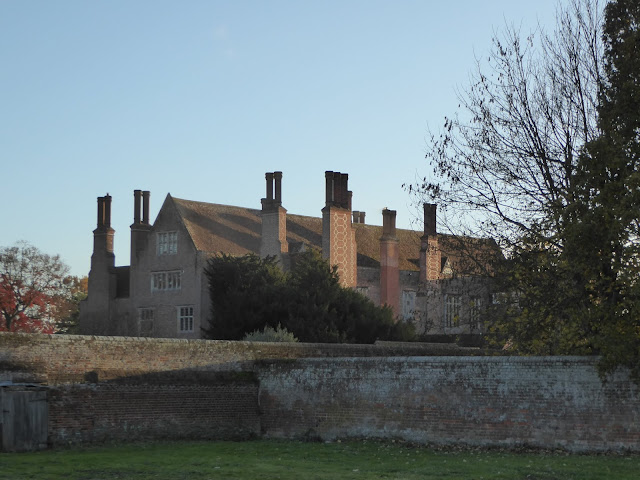 JoeDaisy Studio is practically next door to Mapledurham House 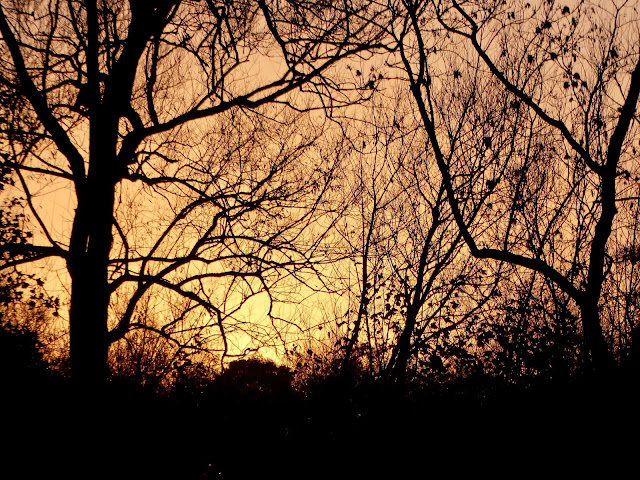 Back at the marina in time for sunset!

A fantastic weekend, I'm proud of myself for going (on my own), not something I'm very used to, and for doing something I've always secretly wanted to do and doing it, in my opinion, very well.

Thank you to my lovely hubby George.
Posted by Carol at 09:19

What an amazing gift. Well done for going on your own - it is not always easy especially when we are not used to 'going solo'. I think both your paintings are fantastic - I would be very proud (and quite amazed) if I ever produced anything half as good as that! Jennie

Thanks you Jennie, you do say the nicest things!

Carol, they look really good! But it would be much nicer if we could see them properly, how about a close up?
Kath (nb Herbie)

Gosh Kath! Am I brave enough?

Just seen this! Great post and hoping you are painting. Also just seen the post about the otter. Never seen one in the wild - am soooo jealous!

Thanks for the comment Liz, it was a brilliant weekend! We're waiting with great excitement for the otter to reappear again soon.