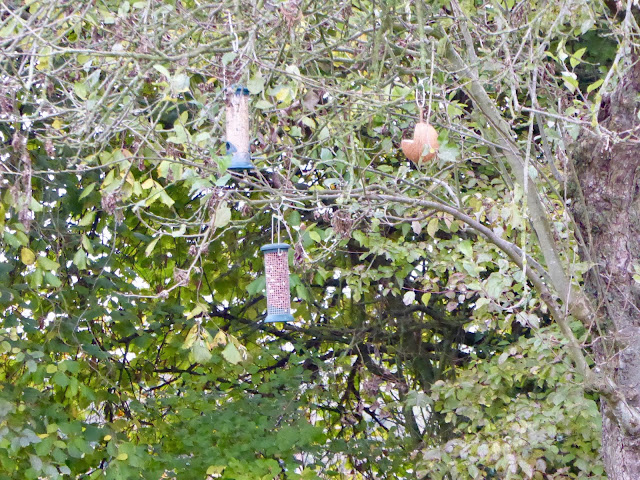 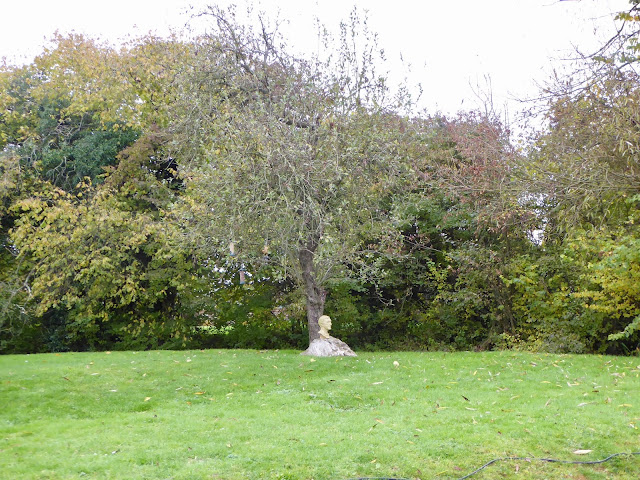 in the old apple tree above George's head.
Because we're moored in a slightly different place the tree's a bit further away and can't be so easily seen from the boat, but I'm sure the birds will enjoy the offerings over winter even if I don't manage to catch them all with my camera! 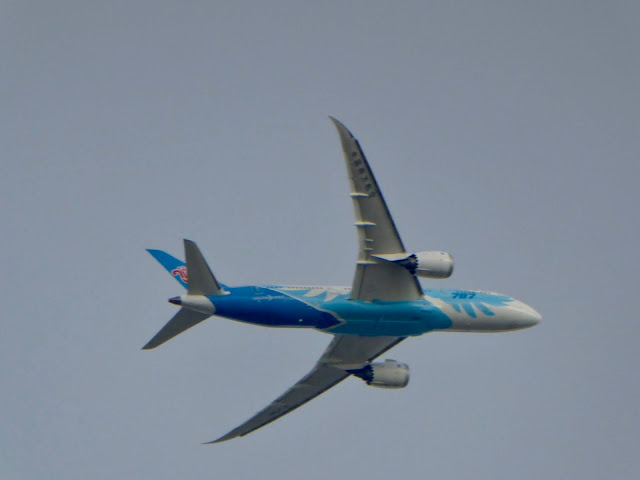 I was sitting on the deck with my camera attempting to get a picture of the Red Kites circling overhead but instead got a Boeing 787 Dreamliner in the pretty blue livery of China Southern instead.
This is the same type of aircraft that we will fly home from Perth to Heathrow in March 2019 ... it's getting closer now! 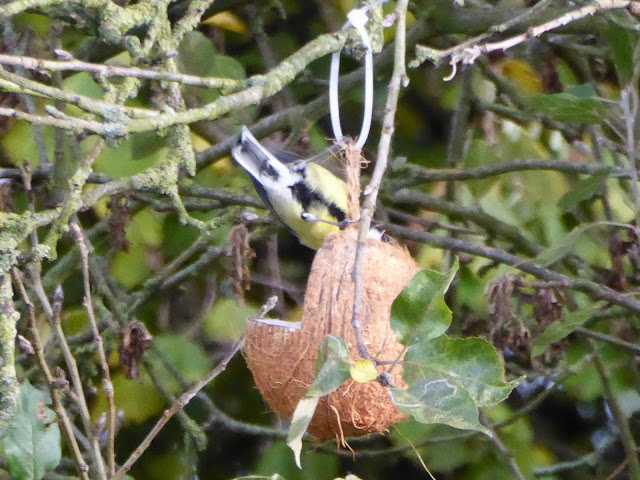 First visit ... looks like a coal tit ... to the coconut shell filled with all sorts of bird treats 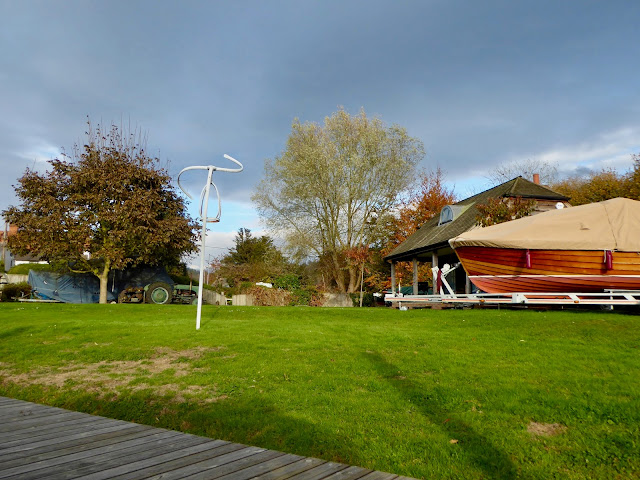 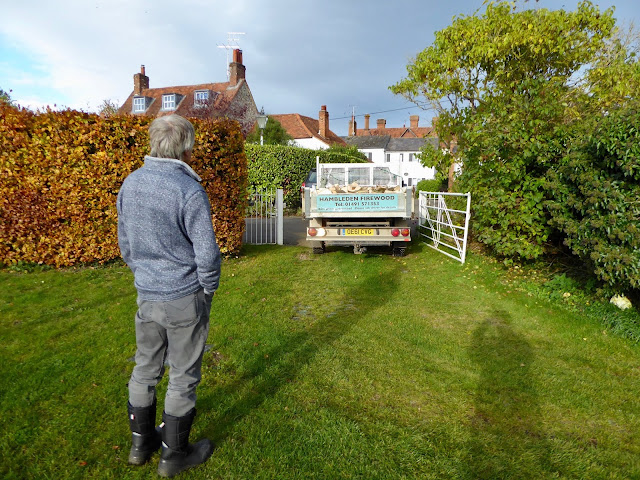 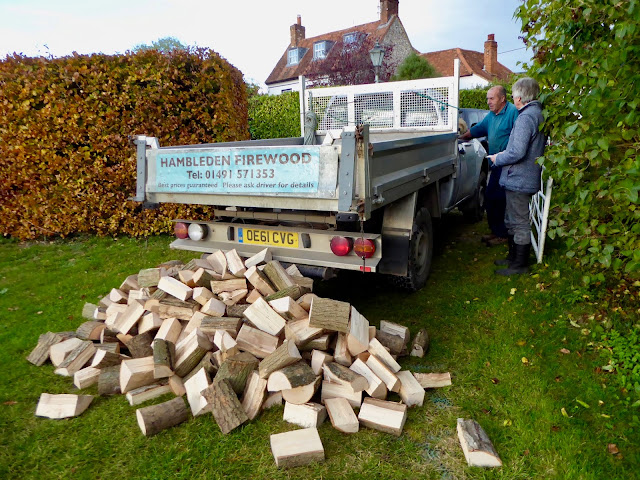 a half load of lovely dry fire wood logs 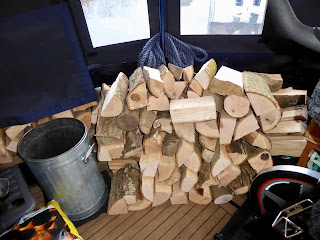 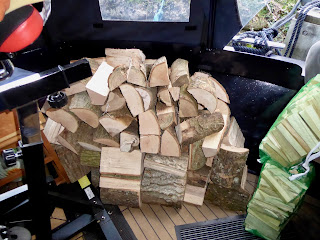 Half an hour later and they're all (sort of) stacked on the bow deck ready for use.  There's not so much room there as there was last year with George needing to access his 'spin' bike each morning. 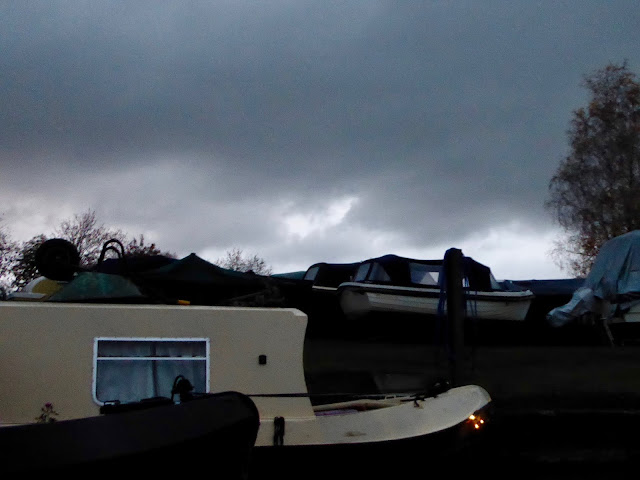 An hour or so later the rain is imminent ... we just hope that it raises the river levels somewhat.
Posted by Carol at 06:19

Well you certainly seem to be settling in for a hard winter..is the cut you are in likely to freeze, or is there sufficient flow in it?

BTW the "first tit" to your coconut is a Great Tit rather than a Coal Tit - the latter would never show those yellowish hues.

As for the Dreamliner, the China Southern ones are all in that pretty scheme. The Qantas one that will bring you home will be a slightly larger version (technically a B787-9 rather than a B787-8) though after a flight of that length - it's the only plane that flies Australia to UK non-stop - will no doubt feel quite small unless you've really pushed the boat out with upgraded seats. Qantas has one (of six) of theirs in a pretty scheme too - google VH-ZND to have a look at it.

Thanks for your comments Paul.

The 'cut' that we're moored on is actually Hambleden Mill Stream which runs directly from the River Thames alongside the lock cut and the weirs so it flows all the time and will therefore not freeze.

Thanks for pointing out my error re the bird on the feeder, I'm more used to recognising them from the head and shoulders rather than from under the tail feathers!

You sound very knowledgeable about civvy aircraft, thank you for the information. I'm afraid our budget wouldn't stretch to upgraded seats, we'll just have to move about regularly. Just had a look at the Qantas livery, I wonder what ours will be like.