Sunday (4th) we took our old circular stroll towards the Flower Pot Hotel and as we reached the lock and waited whilst Simon the lock keeper finished letting a small cruiser in and closed the gate we asked him how low the river level was, he said that the flow was normal which we knew, but that today it was especially low.  When we asked him why he told us that the marina is expecting boats in this weekend and the entrance is badly silted so he was allowing water through to give a little more depth.

Whilst we were talking another couple arrived at the lock also out for a walk and heading the same way as us.  As you do, we got chatting as we walked and spoke about the river being low and they told us that a few weeks ago their cruise on the Danube was cancelled with less than 48-hours notice because of ... you've guessed ... low water!  So it's not just the UK that is experiencing a shortage of rain for their rivers. 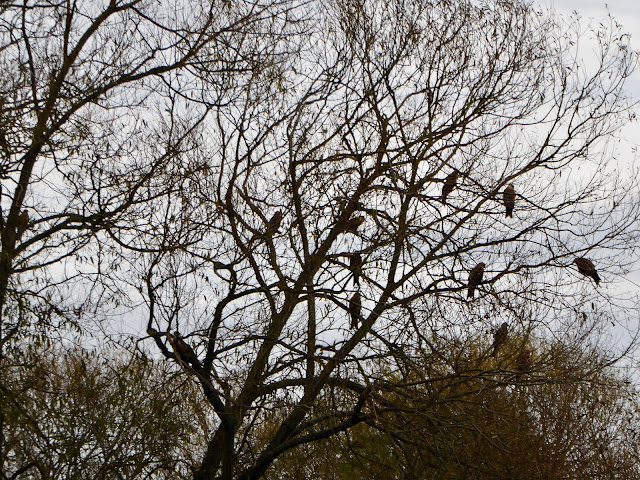 There is always lots of red kites flying here and they roost in the trees by the hotel (the hotel keeps chickens etc) I can see 12 just here and there are at least 8 trees along here ... that's a lot of kites! 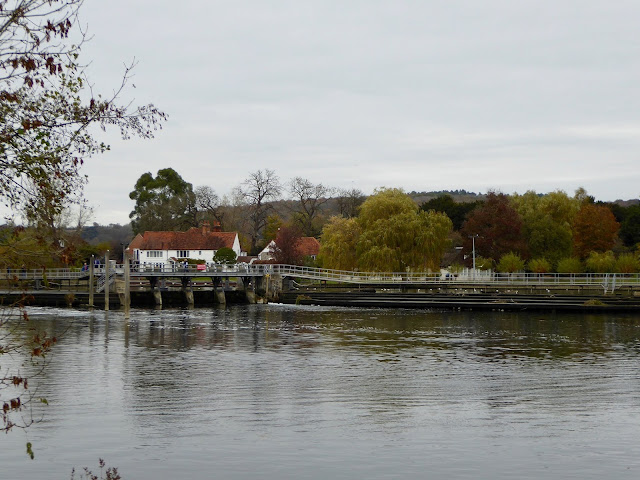 Looking over the river and beyond the dry weir 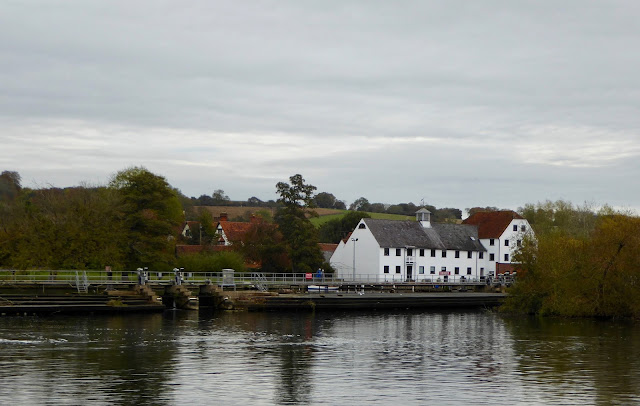 and the lovely building that is Hambleden Mill 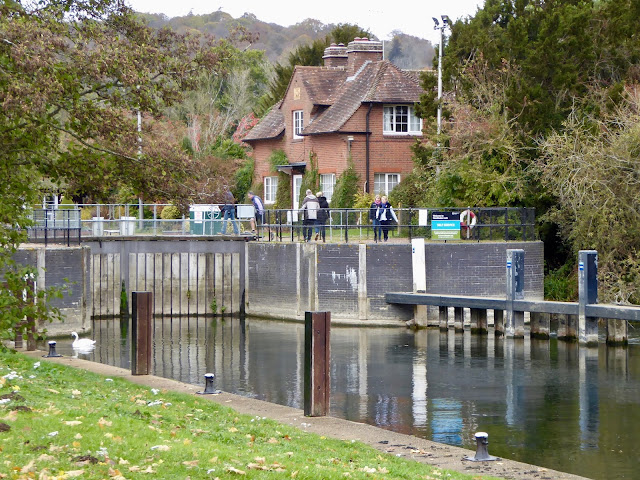 There are always lots of walkers out and about on a Sunday and today although it was very dull was no exception.

At about 5pm the water level dropped quite drastically ... it would have been about the time the lock keeper was going off duty and closed up the sluice again ... and Still Rockin' tipped quite alarmingly!  George let out the bow rope and managed to push us out a little until we gradually became level again.
Posted by Carol at 13:04

Thankfully there is some rain in the forecast for the next few days.

We're never happy are we ... too much rain ... not enough rain! Just depends on point of view at the moment!