It's been cooler today (Wed 4th July), about 23 degrees, much more comfortable 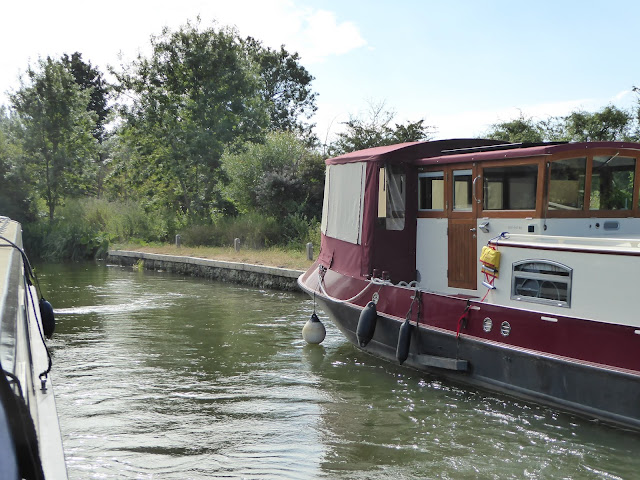 Just before 11 we're on the move, reversing away from our lock mooring 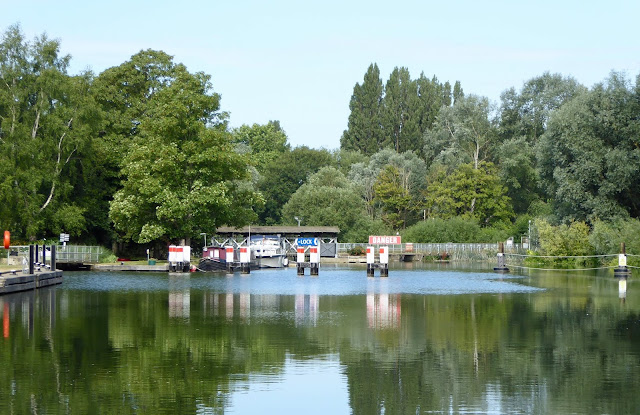 We're not going far but all in reverse 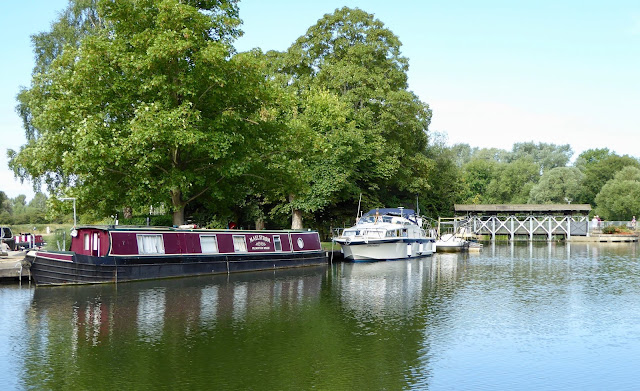 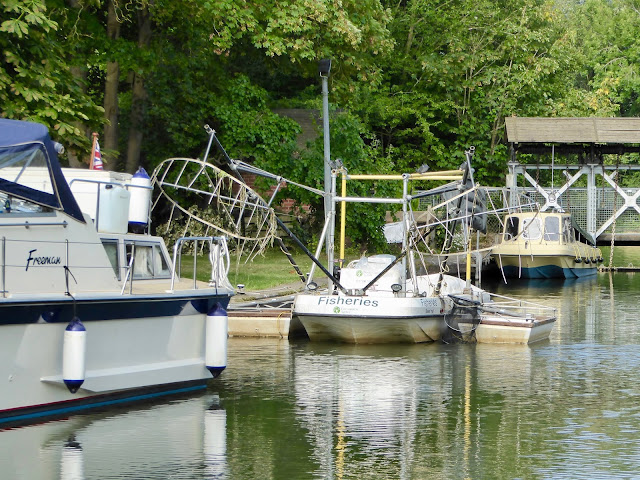 where we'll pull in again just past the fisheries boat ... it was a very tight squeeze! 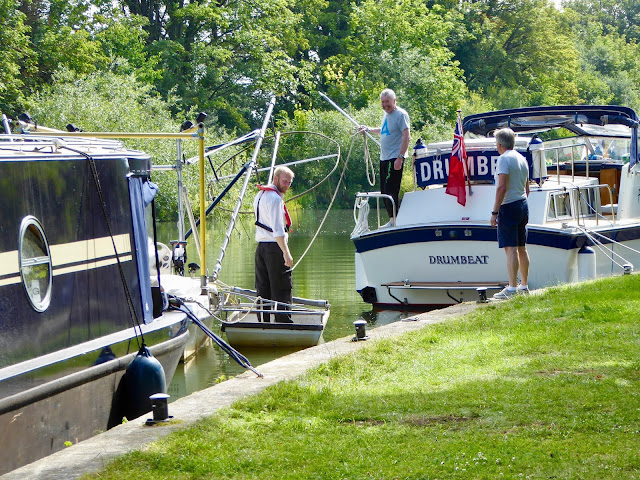 A few minutes later Richie (lock keeper) came to breast up the fisheries boat with the cruiser in front, the space created is for a 25' cruiser expected later 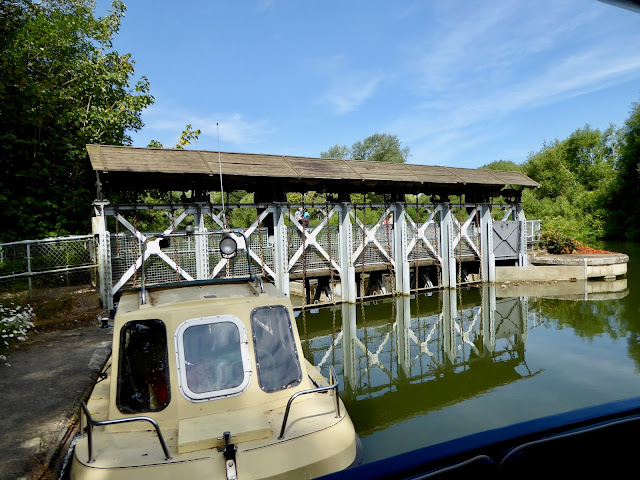 The view behind us 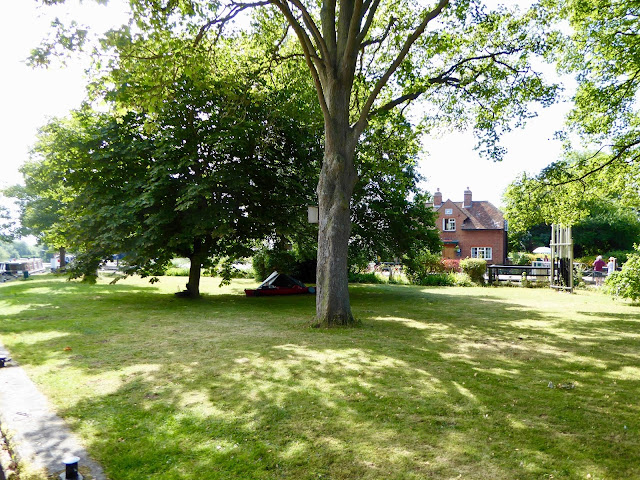 and the view over to the lock.

The afternoon was spent packing some 'stuff' as we're away for a couple of days; later we sat out on the grass ... 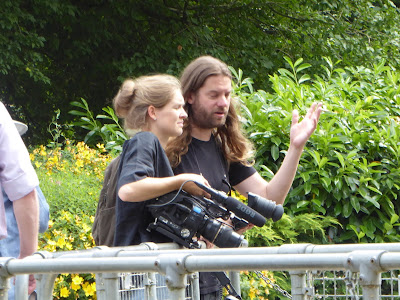 where we could see over on the lock 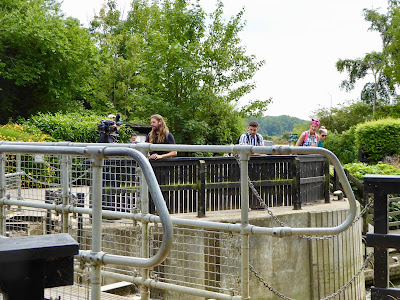 some colourful characters making a film 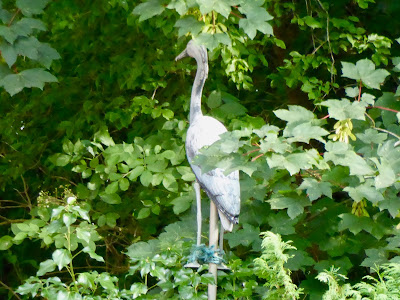 and a bit of a menagerie 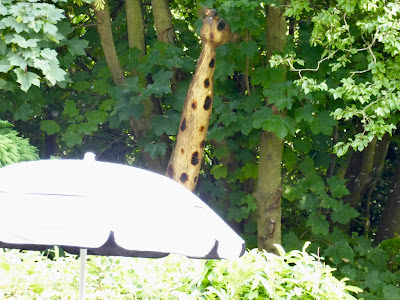 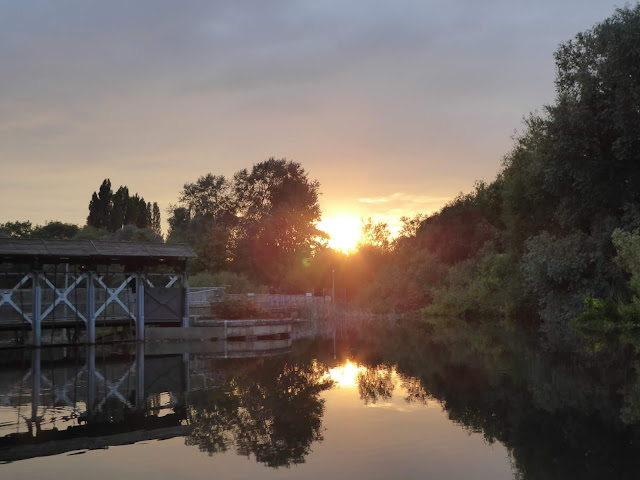 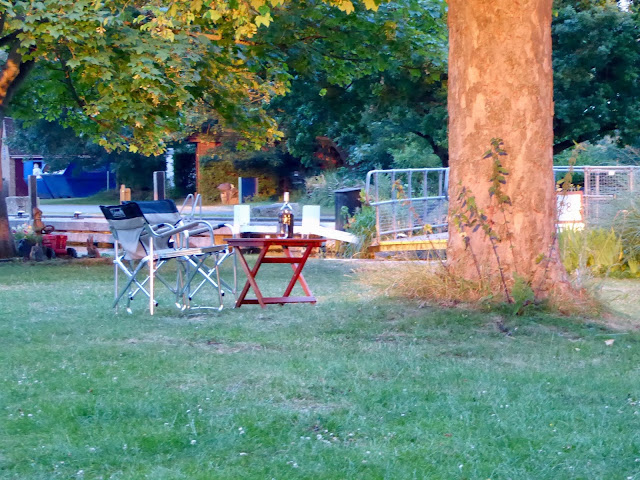 That looks quite romantic but unfortunately it's not been done for me! 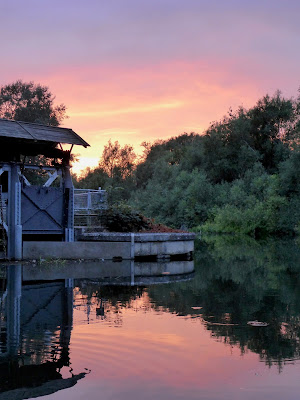 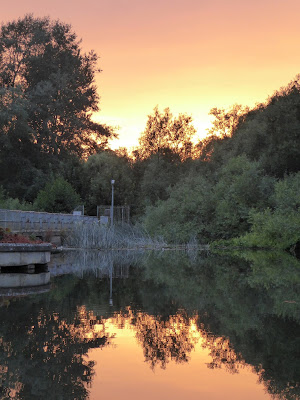