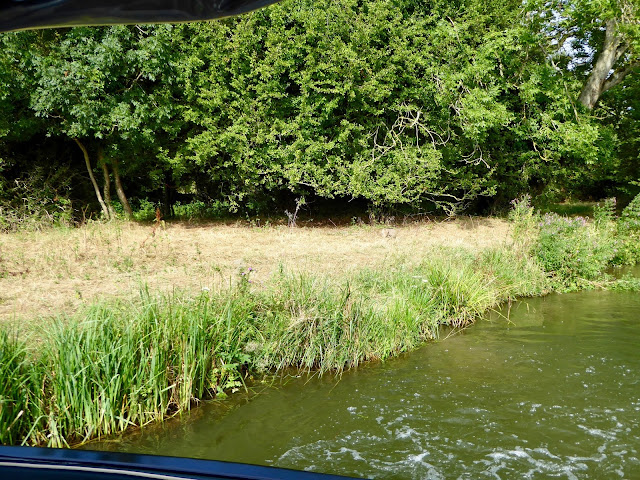 we also left Culham and turned back the way we'd come 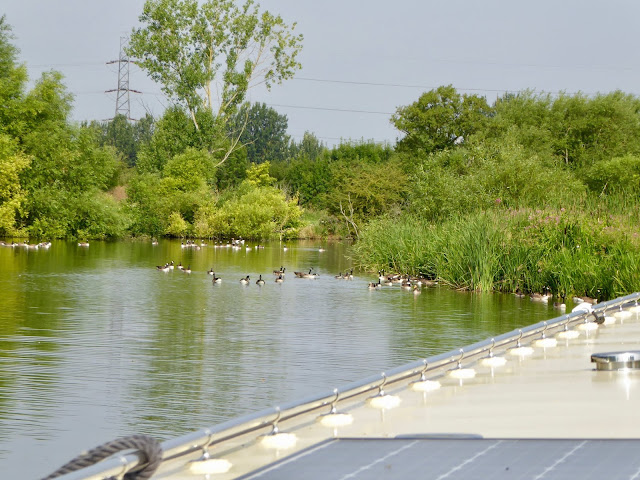 cruising through a hoard of canada geese 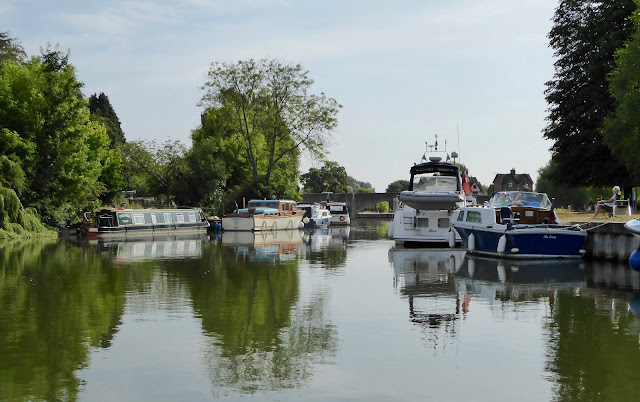 back upstream to Abingdon ...
we still need a gas bottle and hoped that we could get into the chandlery below Abingdon Bridge 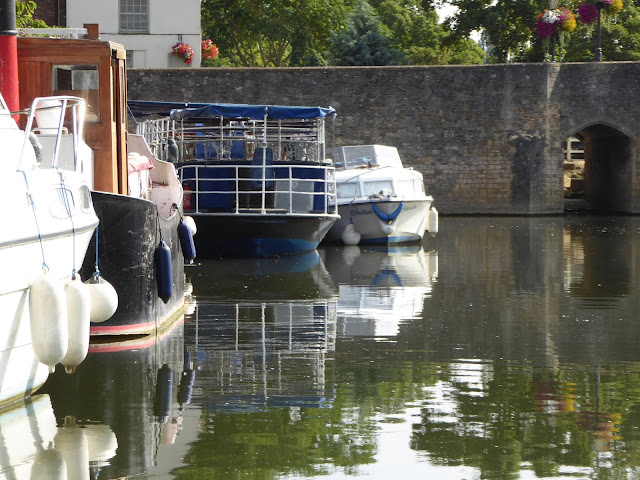 Once again Salters trip boat 'Reading' was moored there and we pulled alongside once the cruiser had left. 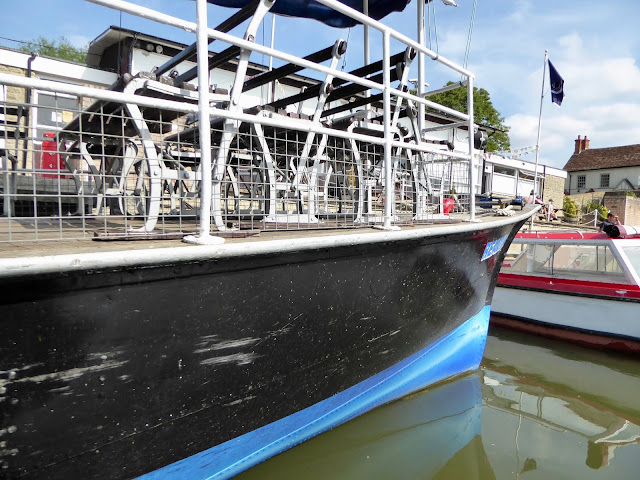 George had already taken the empty bottle from the locker and after tying up to the rail took the bottle over Readings deck.  In the chandlery he was told that they'd not got any available and  when George pointed out the ones in the cage outside was told that they were all empty! George had the feeling that the chap just couldn't be bothered. Not a good way to do business.  We still need a gas bottle and are now not sure where we'll get one from. 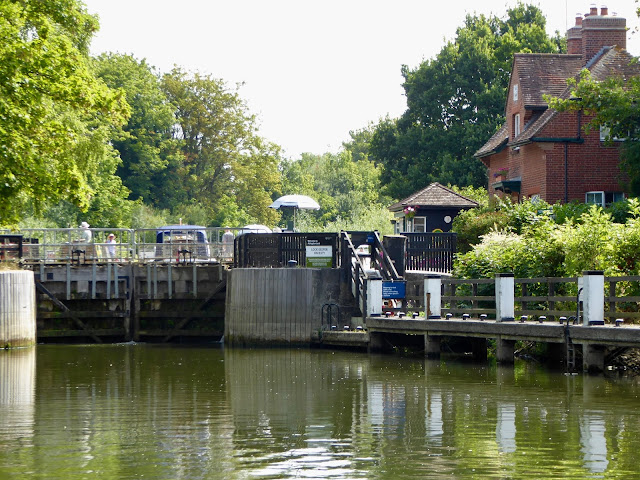 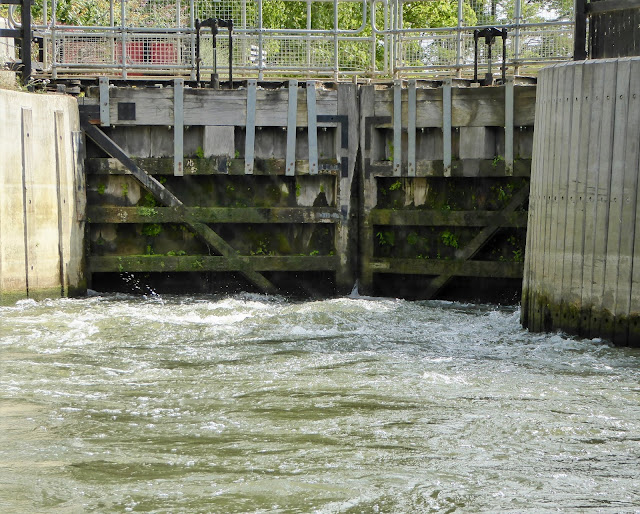 and waited for the lock to empty for us 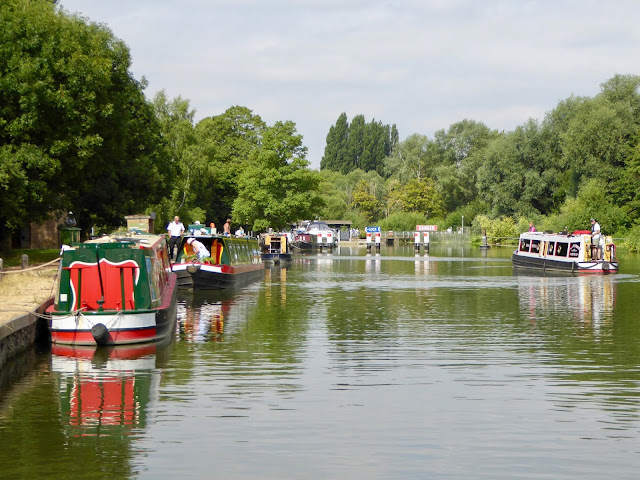 Back on the visitor moorings we stayed inside out of the far too hot sunshine.  I got a few loads of washing dried (have I already said that it's going to rain on Friday?) and later in the afternoon walked into town for some much needed provisions.

It had been a hot sticky humid day and the night was not much better.  I wonder if it will cool down after the rain.  We'll be on the move again tomorrow.
Posted by Carol at 07:50

Thanks Alf that's good to know ... and we even have a trolley!