A short walk in the humid heat ... {updated} 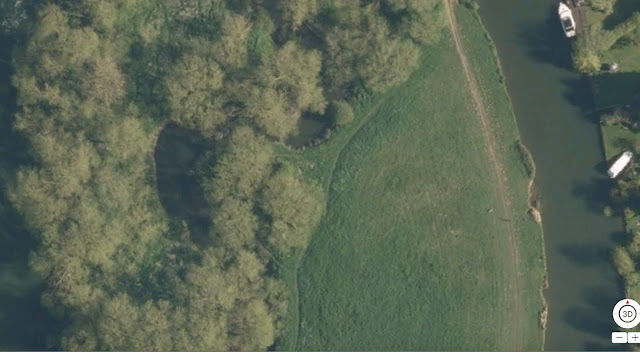 Still Rockin' was moored across the little bay opposite the boat moored at a slant, you may be able to see the obstruction under the water. 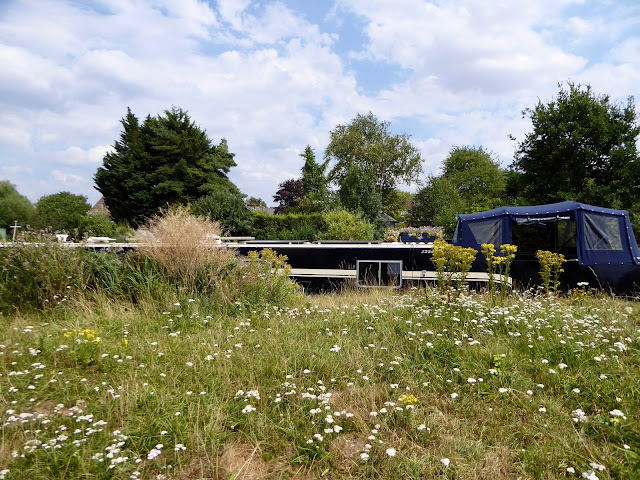 We walked upstream for a short distance ... 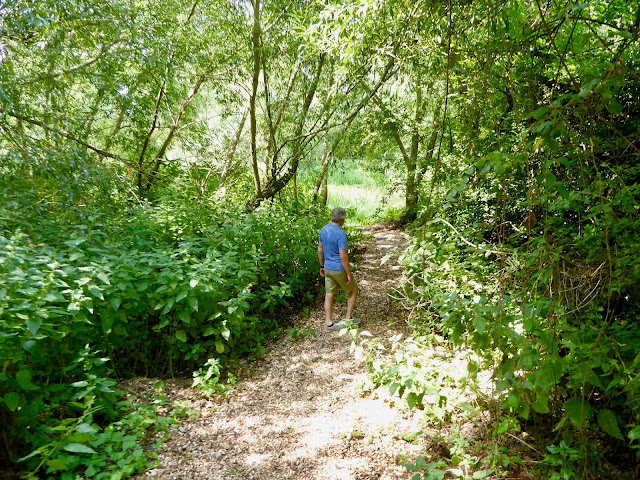 when George noticed a path going off to the left ... 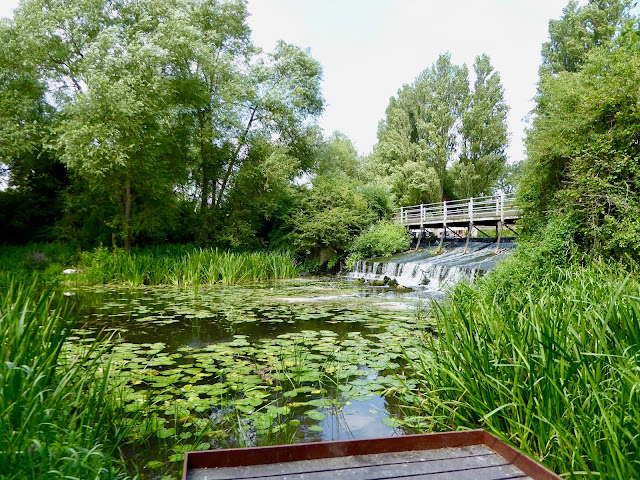 and we came to this small weir and stream with a viewing platform. You can see where we were on the map screenshot above. 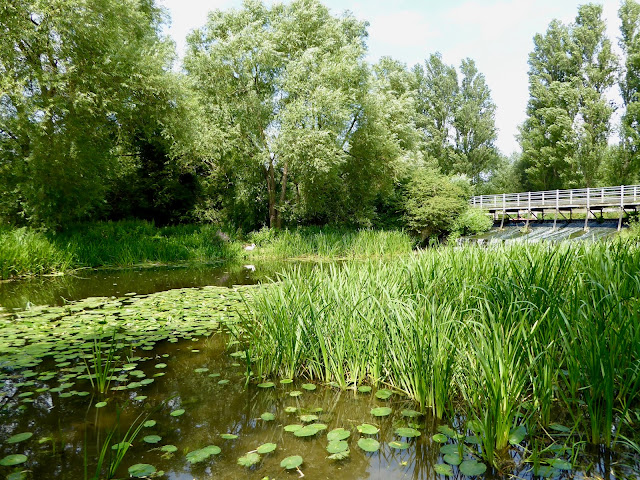 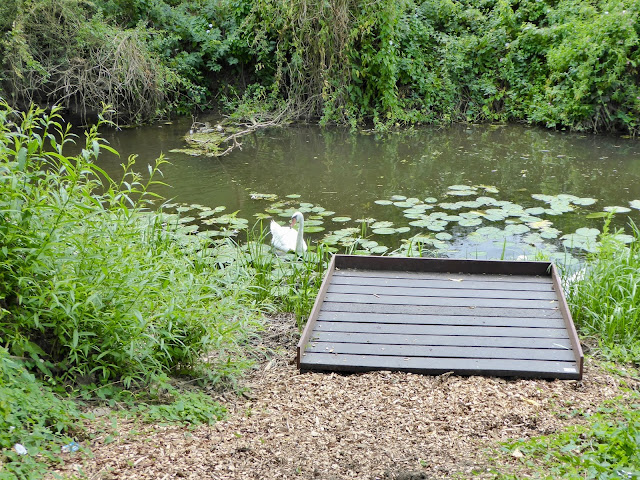 We continued to walk to our left and found other platforms; I'm not sure if they were just for viewing or perhaps pond-dipping or maybe fishing but there were no signs or information boards about angling, or anything else. 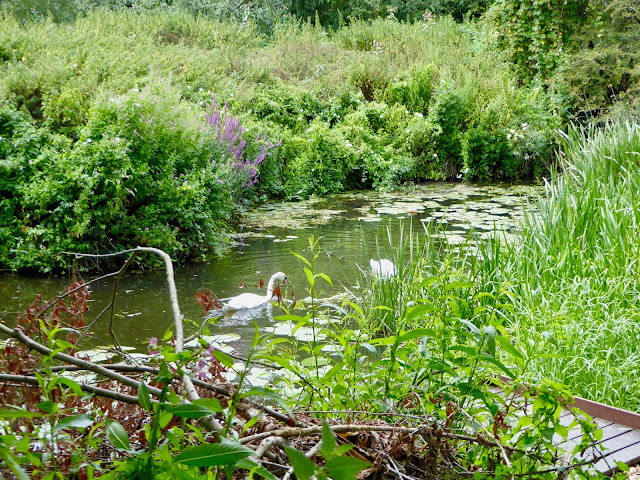 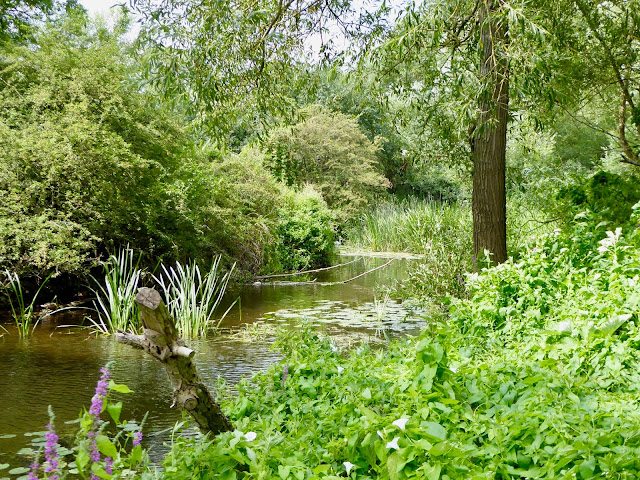 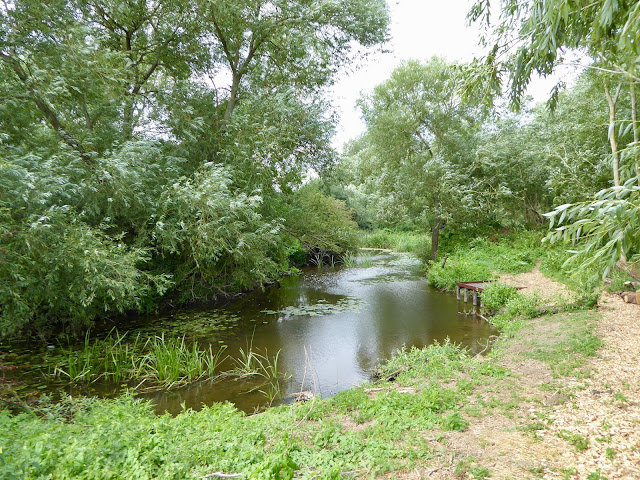 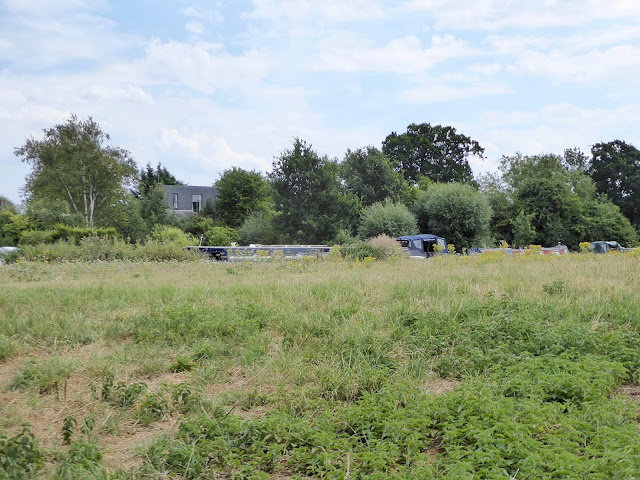 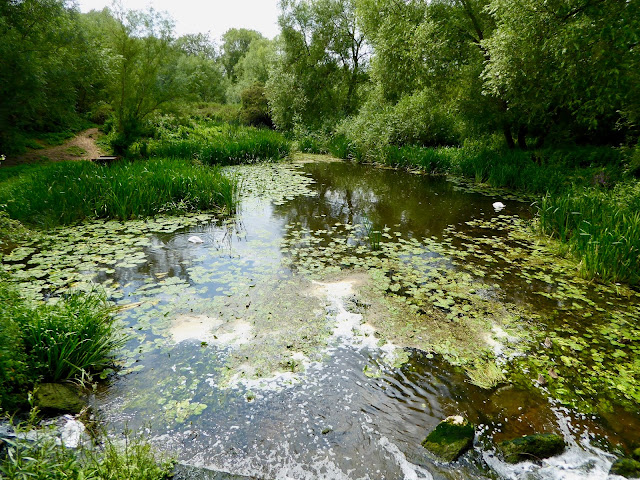 These were taken from the little weir bridge 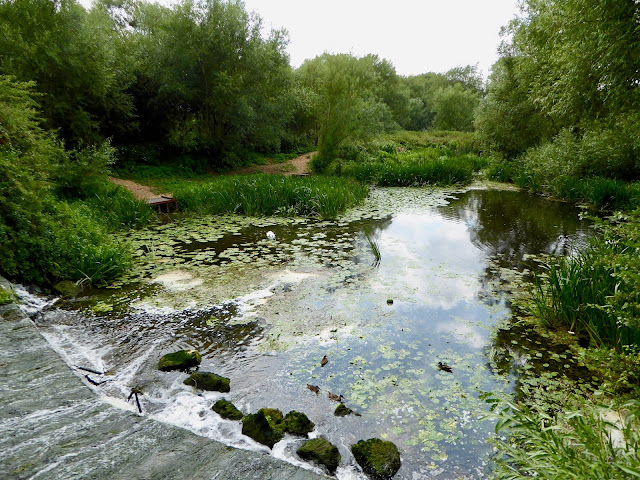 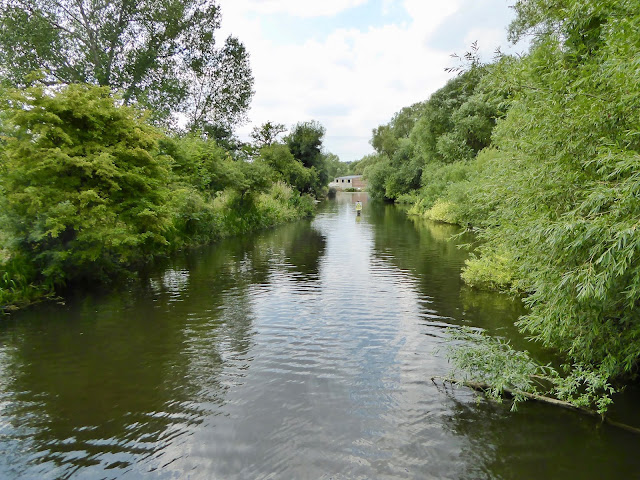 Sandford Lock is made up of three islands and this is what is known as Sandford Lasher where  Sandford Lock Hydro is situated below Sandford weir and was commissioned late last year.  It will generate sufficient renewable energy to supply most of Sandford ... Here's a little bit of information about the pool and a health and safety warning for all weirs ...

"The pool below the weir, known as Sandford Lasher, has been notorious since the 19th century because of the number of individuals who have drowned there. Weirs, like the one at Sandford Lasher, generate powerful currents that can trap and hold a victim (and often attempted rescuers) underwater at the base of the structure; hence their reputation as "drowning machines"." 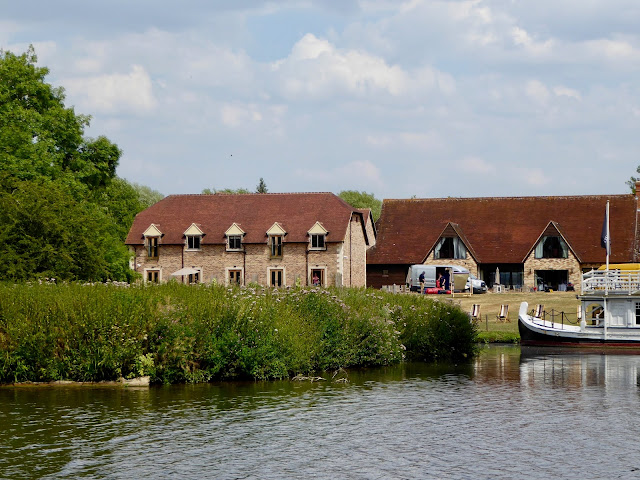 Seen on the opposite bank ... 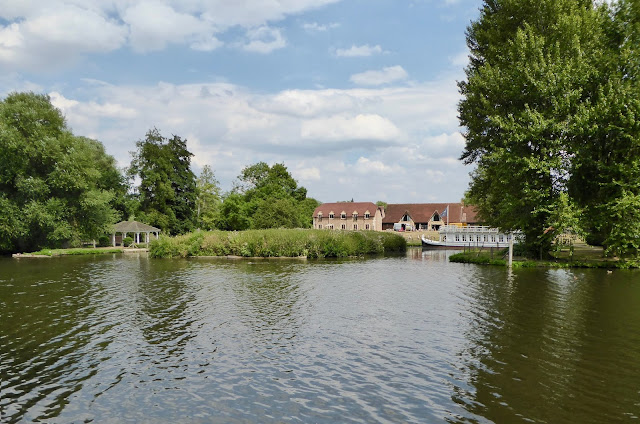 {update} the Oxford Thames De Vere Hotel with a galleon at the end of the garden! 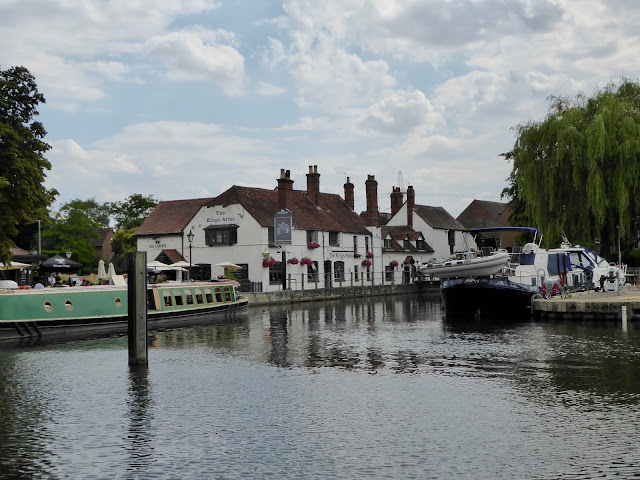 We turned round, walked past Still Rockin' to the lock ... this is the Kings Arms 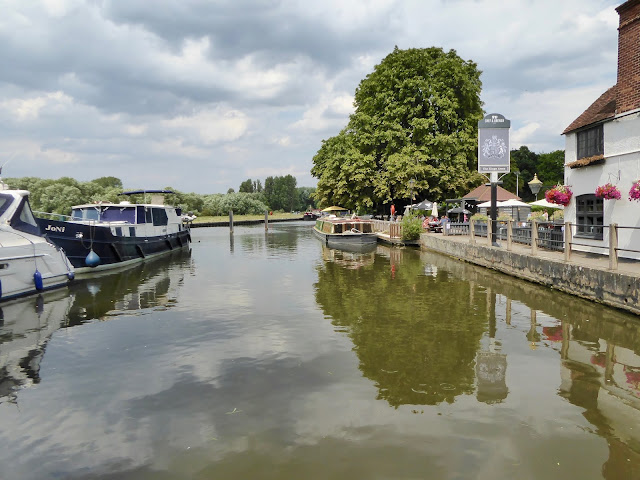 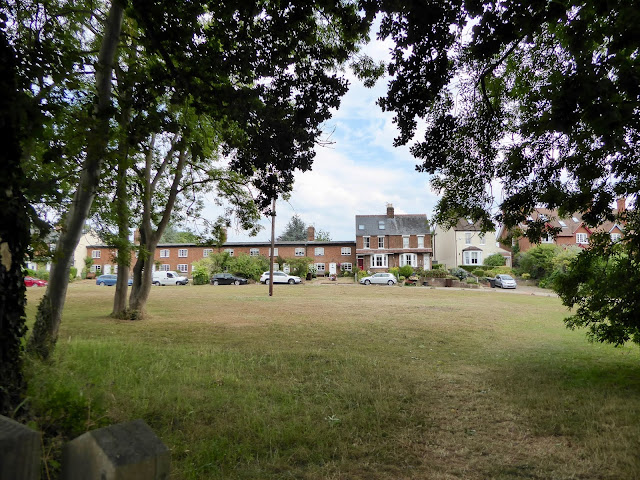 We walked a short distance through the pub carpark and turned left from where we could see these very pretty houses.  It was too hot and clammy to walk much further so we turned round once again back home. 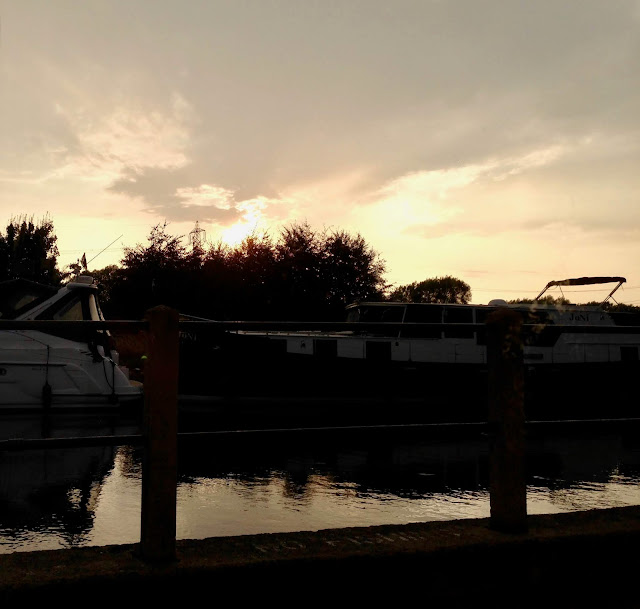 Sunset at 8pm last night from our table in the Kings Arms.  We walked home to Still Rockin' feeling a few drops of rain but not near enough to get us wet!
Posted by Carol at 09:14