Twenty questions and a surprise!

Saturday (21 Oct) I received a phone call from grandson number one, Adam.  It's not unusual for him to ring me, but on a Saturday afternoon ... for a chat?  He's asking how we are; and I ask how he is and what's he doing right now and he answers that they're walking. Oh, says me, who are you with, Jenn he says.  That's nice I say.  He asks where we are just now, and I explain we're at Runnymede, remember you came to see us here a couple of years ago.  He asks, have we gone through Old Windsor Lock yet?  Strange question.  And if you'd gone through Old Windsor Lock, where would you end up?  Even stranger!  I told him that we'd end up at the source of the Thames eventually.  Where's that he asks.  Well I'm not sure of the county but it's through Oxfordshire. Blimey! he says we'd better turn round now, we've walked for over a mile.  If you went the 'other' way, he asks, would that take you towards London?  Well yes, but we're not going that way, we're heading upstream from here to Hambleden for our winter mooring. The conversation just gets weirder.  I ask him where he is and he says walking back to the car.  I ask where's the car parked and he says in the car park.  I can't take this any longer; it's going through my mind that he's here somewhere but don't want to believe it in case I'm disappointed.  I ask if there's something he wants to tell me  and he prevaricates. I have to know .... Adam are you here at Runnymede?  Yes, he finally says but we couldn't see you and so walked the wrong way, past Old Windsor Lock but we've turned back now so we'll see you in about 20 minutes.  My heart and stomach are doing somersaults by now.  We've got surprise visitors, how good is that!

We spent the rest of Saturday catching up.  It's the first time we've met Jenn and we were pleased to be able to put a face to a name.  After dinner we laughed and joked, drank wine and ate chocolates they had brought with them and had a lovely time. 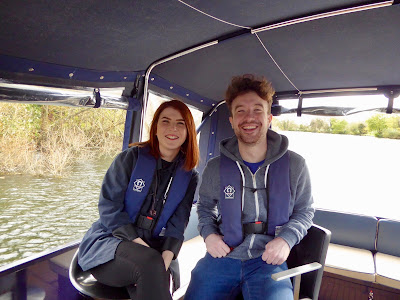 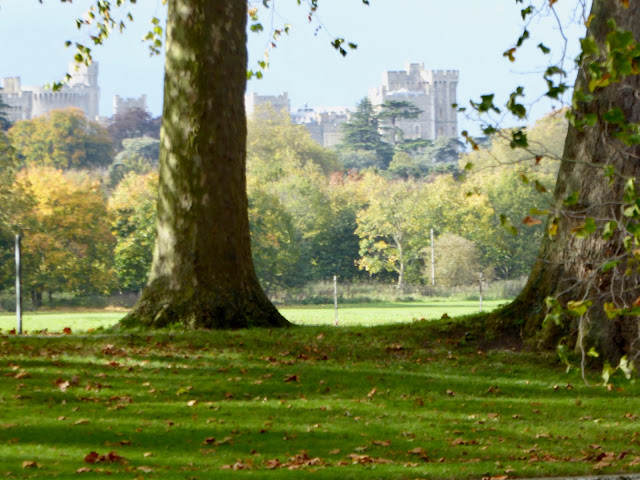 ... through Albert Bridge to see Windsor Castle in the distance 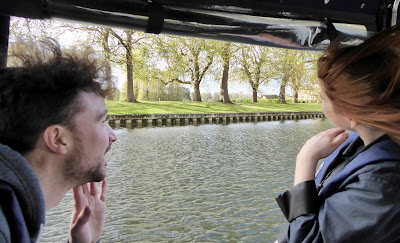 ... pretending to be 'interested' and 'in wonder' at the sight 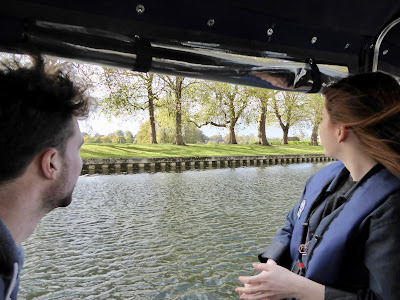 ... and then they really were! 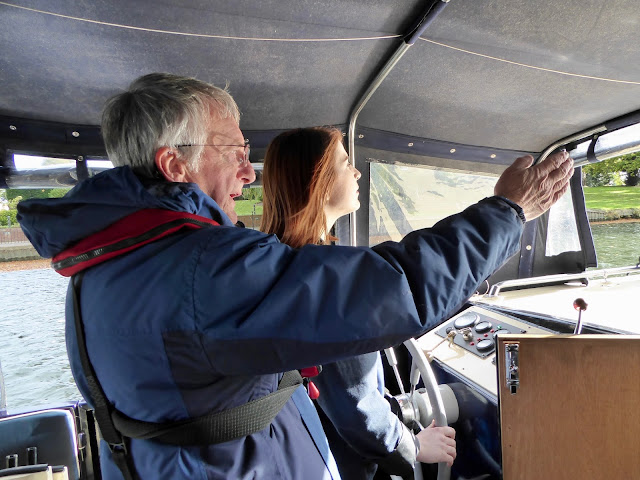 Jenn taking the wheel and instructions from George 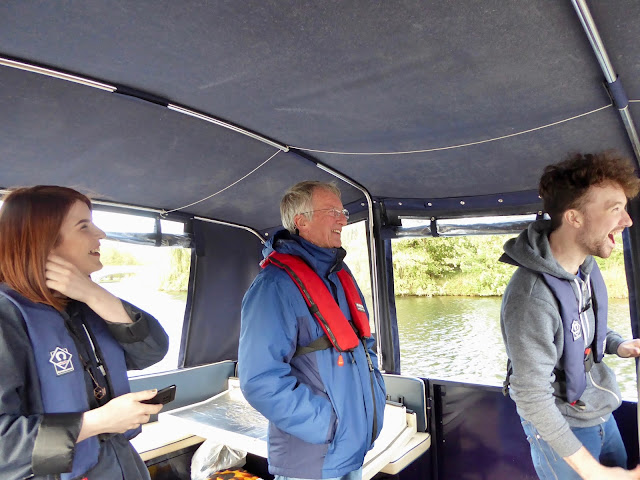 Adam's turn now, he can't take anything seriously and it's not as easy as it looks! 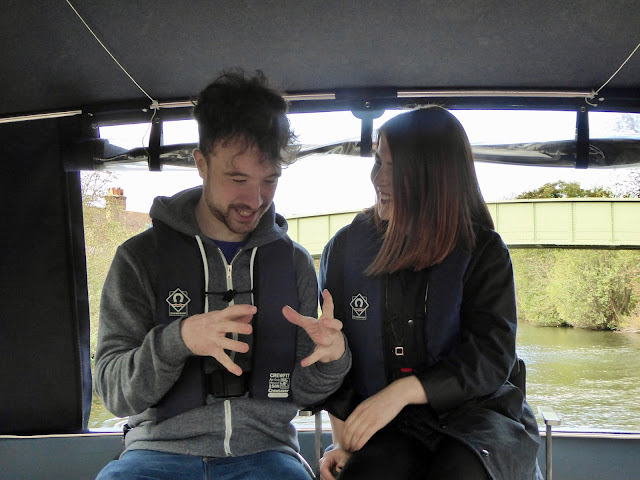 A fisherman's tale?
In the background is Ham or Old Windsor Lock Bridge which will now be known by us as 'Turn Back Bridge' since this was where they had walked to before realising that they had obviously walked too far. 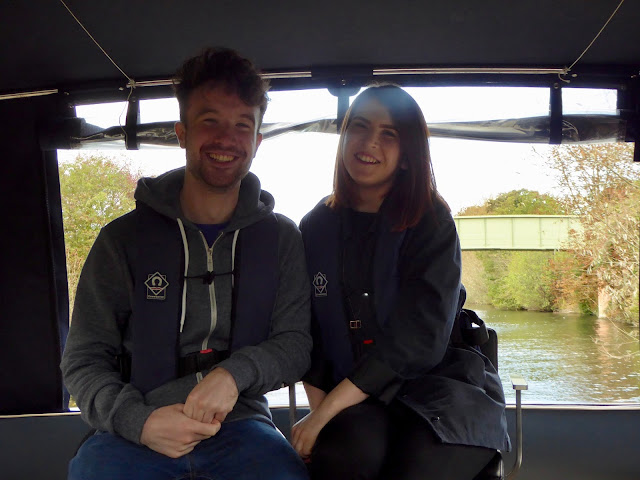 We had a brilliant Sunday with them.

Dinner in the evening after which George put YouTube through the TV and we spent a very pleasurable few hours listening to and watching all our favourite music, some that was new to us suggested by the kids and some new to them too.

They left us on Monday morning to travel back to Scotland via the West Midlands to say hello to Uncle Mark (our son), Aunty Ange, Lucy and Ed and via the Lake District because they wanted to see a 'lake' before returning home.

It was the best few days ever!
A wonderful surprise from two lovely people.
Posted by Carol at 08:11

You must be very proud. Great pic of your Grandson at the helm ... worthy of any caption competition !!

We love it when our girls visit but we have never 'moved' when they are on board as it tends to be silly season on busy moorings (eg Henley and Windsor this year) so we doubt we'd get back. I did suggest they could swim ashore ... but got an appropriate response :).

This was a first for us too when it's a visit for just a couple of days. Soon after we launched SR our daughter and two grand daughter came to stay for I think it was 5 nights so we were able to take them out and back from Milton Keynes where they left their car.